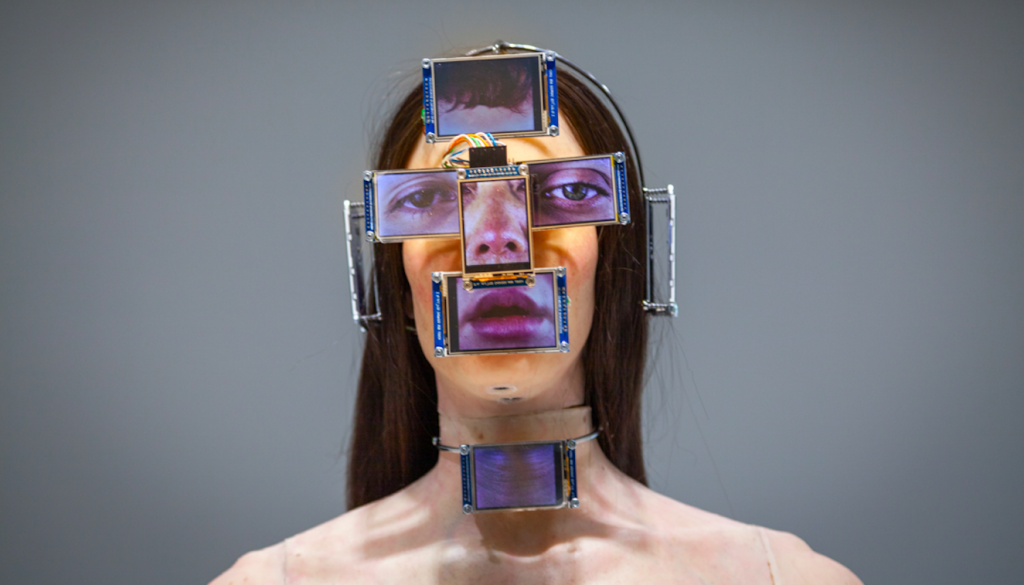 Certeza, an exhibition that proposes a collective reflection on what we take for granted, through the work of artists such as Amoako Boafo, Alex Hug, filip custic, Chino Moya, SMACK , Botto, Nick Cave and Koka Nikoladze, among others. Certeza, which will be on display at the Espacio SOLO from the 1st of April until December, will include a programme of parallel activities which will feature the participation of the artists whose work is on display, as well as a series of regular podcasts by El Extraordinario.

Certeza has emerged from asking more than a dozen international artists to question our environment. The show tackles this issue from a wide range of perspectives, narratives and media, such as animation, painting, video art, sculpture, generative art, drawing, artificial intelligence and the NFT phenomenon. 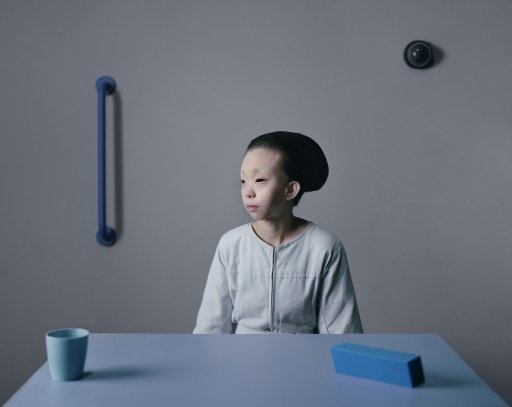 Art has always existed alongside humans in their relationship with the notion of certainty. Today, at a time of transformation and phenomena that put truth and lies at the heart of the debate, the artists taking part in Certeza offer their different views on the subject, opening up a dialogue on that which defines us.

Identity, creation, the value of things, the foundations of social consensus and the most universal questions in the existence of each individual are addressed in Certeza from very different perspectives, inviting us to reflect and draw our own conclusions.

Certeza starts with a piece by Chino Moya, a video installation that places the viewer in a dystopian future, where science and math govern a quasi-authoritarian system of aesthetics that has left behind humanities and art, seeing them as part of an unproductive past. This is the first time that Moya, who, in addition to being an artist, is a renowned filmmaker, shows his work in Spain. The Colombian artist Juan Osorno with his work ‘Lotería cósmica’ continues the journey through the display, with a piece comprising drawing and photography, which looks at randomness as an element in uncertainty and free will.

Soundsuit, a sculpture by Nick Cave, raises the question of identity in relation to equality in the face of discrimination, a theme also tackled by Amoako Boafo. Born in Ghana, he is one of the key contemporary artists working in figurative painting, and he takes part in Certeza with Sitting in the sun. This large-format painting, expressed with the material heft of paint applied with the fingers, focuses on Boafo’s central artistic theme: the representation and recognition of the African identity and diaspora. 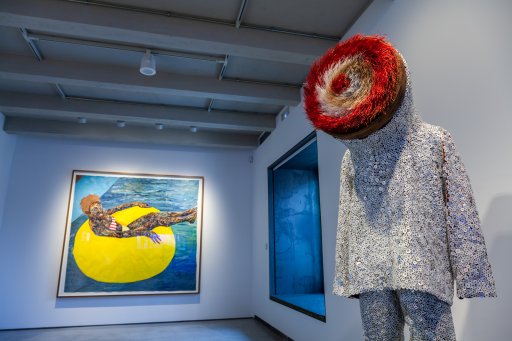 Progress, doubt, and diversity regarding identity are also some of the recurring themes in the several works displayed in Certeza by the artist filip custic. His artistic production focuses on the interaction between technology and identity, explored through performance, video and photography.

One of the custic works on display in this exhibition is pi(x)el, a multi-format art project which will appear as an interactive sculpture, after going through a performance stage. The piece will also appear in an NFT format and as a video art piece, all of which will be on show at the Espacio SOLO. At a time that custic describes as one “of dysmorphia andnon-acceptance”, he conceives of his work on the basis of technological optimism. In this way, pi(x)el functions as a prototype, a 1.0 version of a possible future wearable, one that that allows users to open pathways to diversity and fluid identities, leaving behind discrimination. 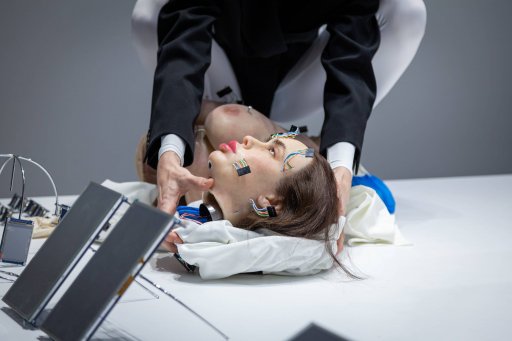 The need to escape and the sense of suffocation imposed by the normative is also conveyed by the work displayed by Shinuk Suh, Better luck next time, a sculpture halfway between the humorous, the tender and the eccentric that speaks of the constraints placed on people in Asian societies in order to achieve social success, even during childhood. The Japanese artist Masako Miki recreates new narratives linked to ancestral Japanese traditions, with the aim of replacing these outdated social and artistic notions, which open up chasms in society.

The consensus on the concept of time is the axis of the work by Andrea Galvani in his neon and metal piece entitled The Relativity of Simultaneous Events (Einstein’s Special Relativity: Lorentz Transformations). With the visual expression of Einstein’s mathematical theory, Galvani seeks to lend an earthy quality to seemingly distant ideas, and to make palpable the concept of time, which we conceive of as uniform and absolute.

Irony and the uncertainty regarding time and its symbols are some of the elements of Sarcophagus (Opal over Black) and Amphora, two sculptural pieces by Adam Parker Smith. The artists Nik Ramage, on the other hand, offers a mordant view of daily certainties, using a defective machine designed to break eggs, entitled Egg Break.

Expressions of current mass culture and such recent phenomena as the rise of post-truth are also on display in the Memento Mori of Kanye West and Donald Trump, by the Spanish graphic artist Bnomio. A street artist, he uses iconic elements and textures from street art to reflect on the reality of our equality in the face of death. 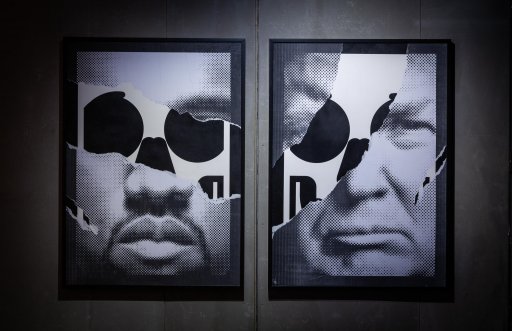 Humour, criticism, and irreverence toward everything that defines contemporary western culture and mass consumption are what define Henry Nobody Jr’s work. With a long career spanning performance and visual arts, Nobody Jr takes part in Certeza with Spaghetti Disaster, a video art piece that offers an ironic exercise on the impact in social networks and a criticism of junk food.

TRIBE, a critical metaphor of our society, represented as a space of solitary individuals wandering aimlessly through a digital world, is a generative piece by SMACK. Designed using videogame technology which allows for a live development of the work, TRIBE offers a graphic expression of the most basic rules of mass behaviour. The work raises a debate on the imposition of truth, as something absolute and without nuance, between different tribes and social groups.

On the other hand, materiality, the organic and the most universal feelings are examined in the textile sculptures by Alex Hug, two pieces which were previously presented as performative works. Hug creates her works using recycled garments, conceived as a sort of archive of memory, a valuable timeline bearing information from the entire process that led to the making of the garment: from the material to its former makers. Texture also plays a key role in the paintings by the London artist Richard Burton, whose work speaks to a highly organic and material aspect. 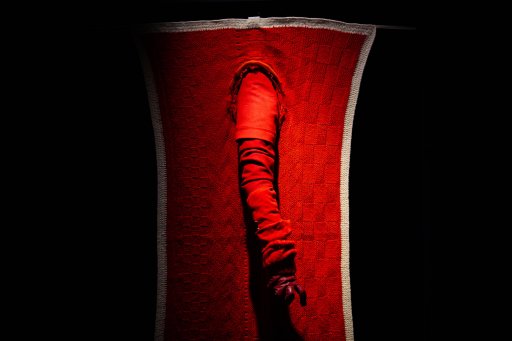 The situationist sound proposals by the Georgian artist Koka Nikoladze examine, from a different perspective, the various planes and realities of the day-to-day as a sound piece. With a solid musical training, the artist brings together performance, sound art and video art to speak about rhythm, randomness and the environment, in a range of settings in Oslo.

The exhibition continues with Botto, an artist created through AI, who is powered, tokenized, and governed by a community of thousands of people around the world. His work, which is auctioned every week, for more than $2m, is the aesthetics result of the learning process of AI, based on the collective choices of its community. His proposal opens a debate on collective creative work and the NFT phenomenon in the art market. 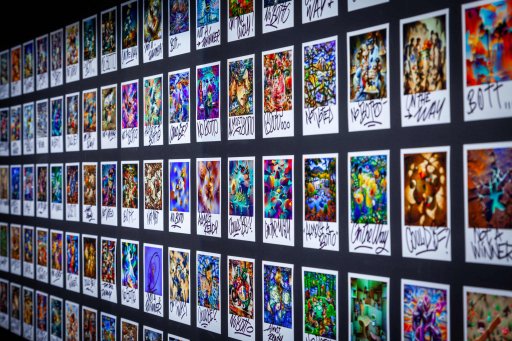 The documentary installation by Rare Pepes, seeks to explore and document the “archaeology” of the recent NFT market. This is one of the first digital meme-collecting phenomena, inspired by the Pepe the Frog character, an icon of the counter-culture and, later, an example of cultural appropriation by the North American Alt Right movement.

Certeza will also include a podcast about the exhibition by El Extraordinario. The podcast series will be offered alongside the exhibition, through monthly shows, and will be available either as a complement to the display or as an independent narrative. (Spanish Version here / English Version here)

Additionally, Certeza will offer a programme of parallel activities and meetings with the participating artists. The full programme can be found on our website and will begin in the last week of April with the Dutch collective SMACK, who will present their work TRIBE World, together with a panel of experts.