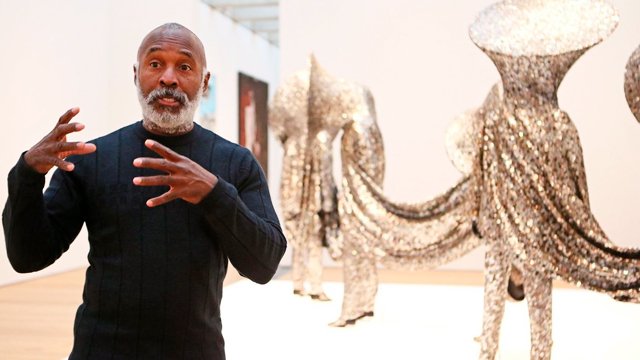 Exuberant colour, found objects and age-old rituals come together in Nick Cave’s work to call out discrimination and celebrate diversity. His artistic practice spans performance, installation, fashion and dance, although Cave is best known for his “soundsuits,” wearable sculptures that hide gender, race and class, forcing performers and viewers into new territories, free of preconception.

Born in Missouri, Cave trained as a dancer with the Alvin Ailey American Dance Theatre and studied at Kansas City Art Institute and North Texas University before completing his MFA at Cranbrook Academy of Art in Michigan. His first soundsuit was created in 1992 as a personal response to the Los Angeles police beating of Rodney King and subsequent riots in the city; it is a second skin, a suit of armour built of twigs, which makes a noise as the wearer moves. As Cave points out, his vibrant creations are motivated by serious social concerns: “I don’t ever see the sound suits as fun. They really are coming from a dark place.”

African traditions, Mardi Gras, Indian clothing and Carnival celebrations all feed into Cave’s pieces, while found objects are essential to his practice. A vast array of buttons, fibres, dolls and flea market treasures are turned into 3D cloths and sculptures, as Cave puts it, by “looking at materials with a notion of option.” Performance is also key, as the soundsuits take dancers and viewers to uncharted ground: “It’s about conviction, being able to step into the unfamiliar.”

Cave’s work has been shown across the globe and features in the permanent collections of over forty different museums including the Museum of Fine Arts, Boston, and the San Francisco Museum of Modern Art. His piece, Heard, has been performed in Grand Central Station New York and the Carriageworks Sydney, among others, while Massachusetts Museum of Contemporary Art held a large-scale exhibition of his work in 2016. 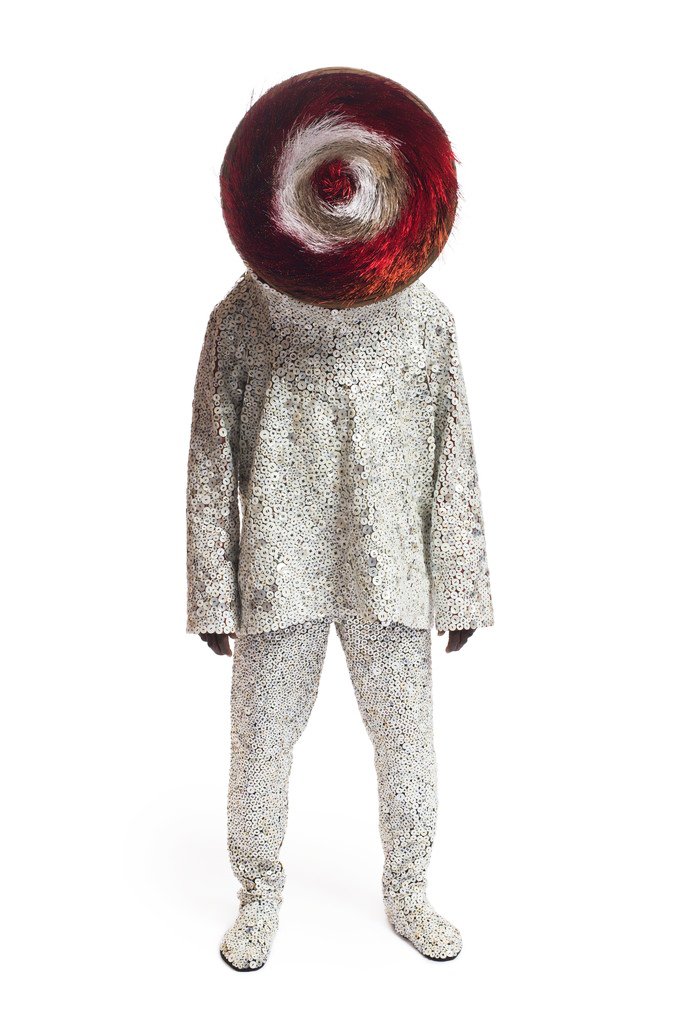