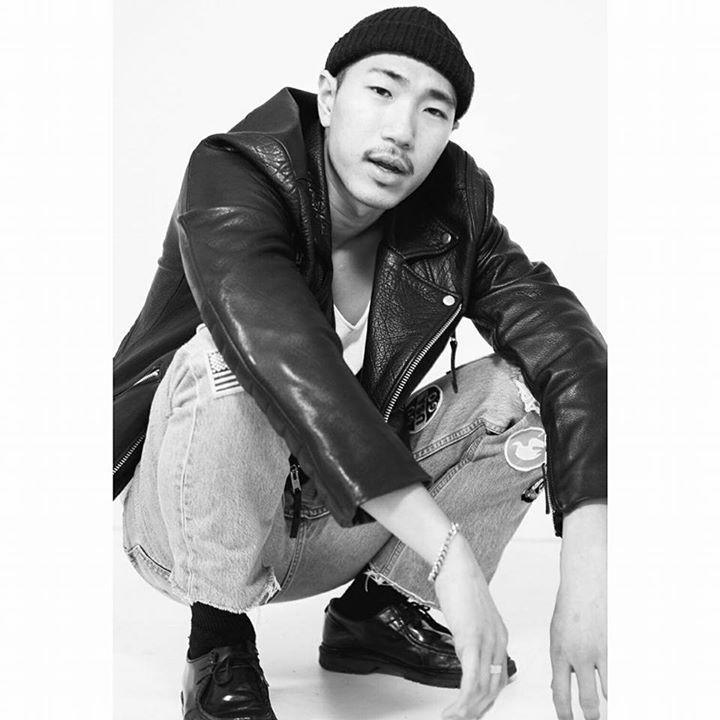 Sculptures, kinetic installations and cartoon imagery all form part of Shinuk Suh’s practice, which addresses human identity in a profit-driven world. The materials and sounds of production lines or manufacturing processes feed directly into his work, along with the slapstick tragicomedy of  cartoon animation. Metal, silicone, 3D prints and found objects come together in artworks which consistently explore how individuals are shaped, used and destroyed by the prevailing ideologies of their time.

Born in South Korea in 1988, Shinuk Suh trained in London, completing undergraduate studies at Central Saint Martins before taking an MFA in Sculpture at Slade School of Fine Art. His personal background, growing up in an environment characterised by intense educational and workplace pressure, underpins many of the concerns expressed in his art. Philosophical writings, including those of the French Marxist, Louis Althusser, have also influenced Suh, who seeks “to talk to the audience about the question of what human dignity is, and what humans now mean to this society.”

Suh’s sculptures often combine metal, a clear reference to industrial processes, and silicone, a material often reminiscent of human skin. Body parts such as hands are flattened, squeezed or stretched into limp forms which can no longer function. Kinetic elements reference lives characterised by repetition and passivity, while absent or fading colours speak of gradual dehumanisation. Humour is employed as critique, while parody or word-play emphasise Suh’s conceptual intent in exhibitions such as Man(u)fractured, presented at Unit1 Gallery Workshop, London in 2019.

Shinuk Suh has been shortlisted for various awards, including the BEERs Summer Marathon 2020 and Artist’s Collecting Society Bursary Prize in 2018. He was commissioned to create an installation for the Axel Arigato London flagship store in 2019, and has exhibited at various locations across the UK capital, including the Korean Cultural Centre. 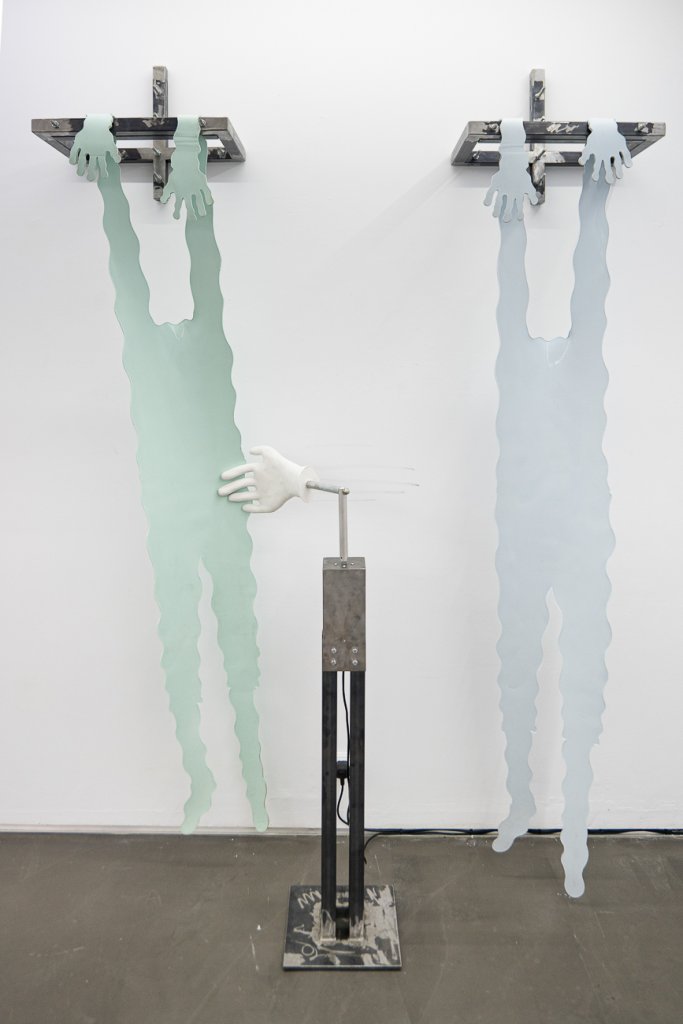 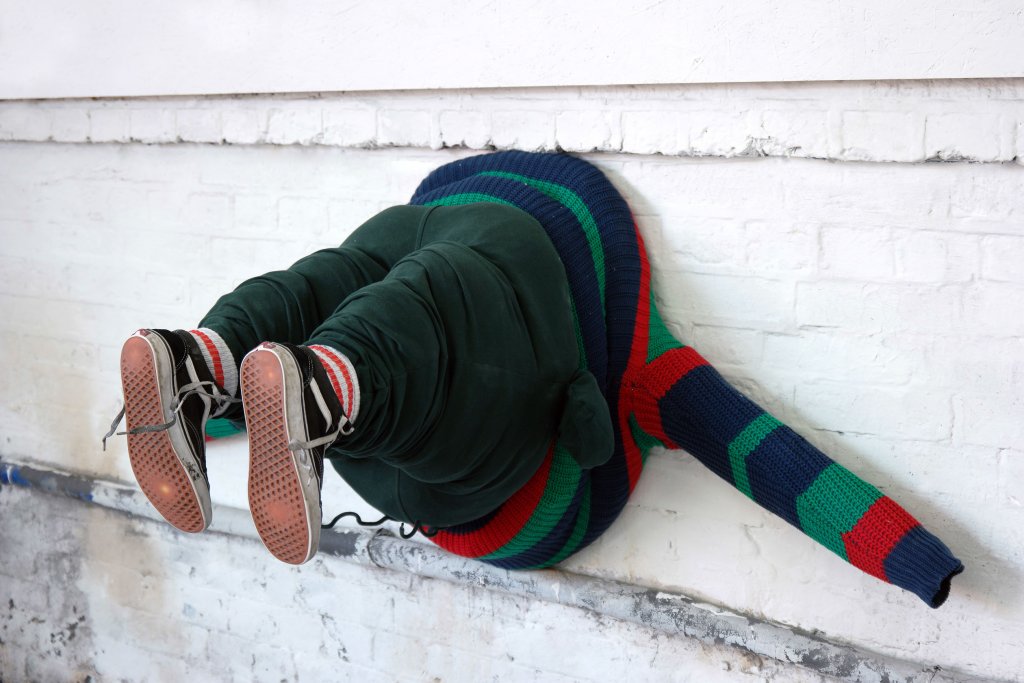