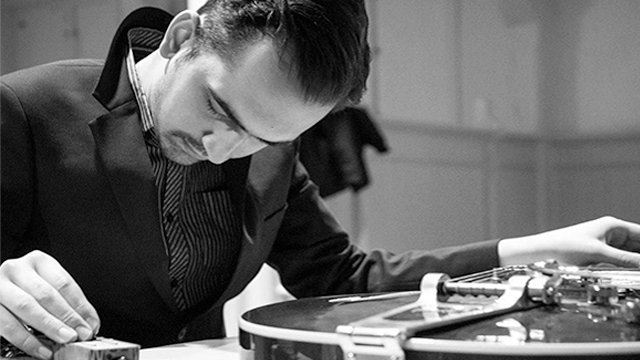 Composer, creator of prepared instruments and builder of electro-mechanical music machines, Koka Nikoladze explores the interplay of sound, objects and performance. His projects range from kinetic sound sculptures to video creations and experimental works for orchestra.

Born in Tbilisi, Nikoladze trained at the city’s State Conservatory before studying at the Musikhochschule Stuttgart and the Norwegian Academy of Music. Influenced by an eclectic selection of musical references, from James Brown to Karlheinz Stockhausen or John Cage, Nikoladze specialised first in violin with Ernst Arakelov, then turned to composition, which he studied with Zurab Nadarejshvili and Marco Stroppa.

In 2009, Nikoladze developed a technique for prepared guitar using a light bulb, then later composed Starshine, a work for a trio of violin, prepared guitar and percussion. His research interests address the use of technology in performance, while his fascination with humanising beats is expressed through works such as Operation Manual for a Stick (2022) or his video series on Deluge synthesisers. The artist’s first opera, Vor dem Gesetz (2012), was premiered at the Wilhemspalais Stuttgart as part of the opening ceremony for the contemporary music theatre, while his most recent orchestral work, Singularity (2022), was developed in collaboration with the Oslo Philharmonic Orchestra.

In 2016, Nikoladze created his first Beat Machine, an electro-mechanical instrument crafted of found materials, cables and random objects, which generates new arrangements of beats every time it is are turned on. For the artist, these works are therapeutic: “Every time I am overwhelmed with chaos I need to make a new beat machine to hold onto that little piece of order for a short period of time. That’s what drives it. The beat machines are timed pieces of order that I make out of this chaos.” Beat Machine 3 forms part of the permanent collection at the Pop Music Museum in Oslo, while Beat Machine 7 is held by Colección SOLO, Madrid. Koka’s Self-Applauding Machine (2022) follows on from this series, incorporating automated clappers to create a fully self-contained concert complete with mechanical performer and audience. 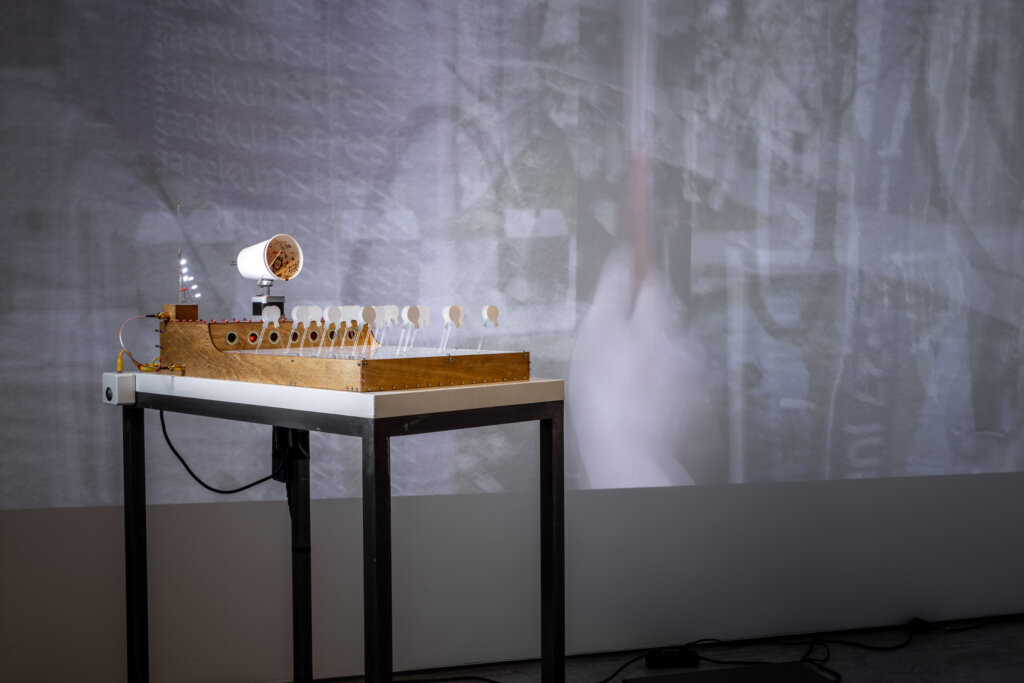 Operation Manual for a Stick 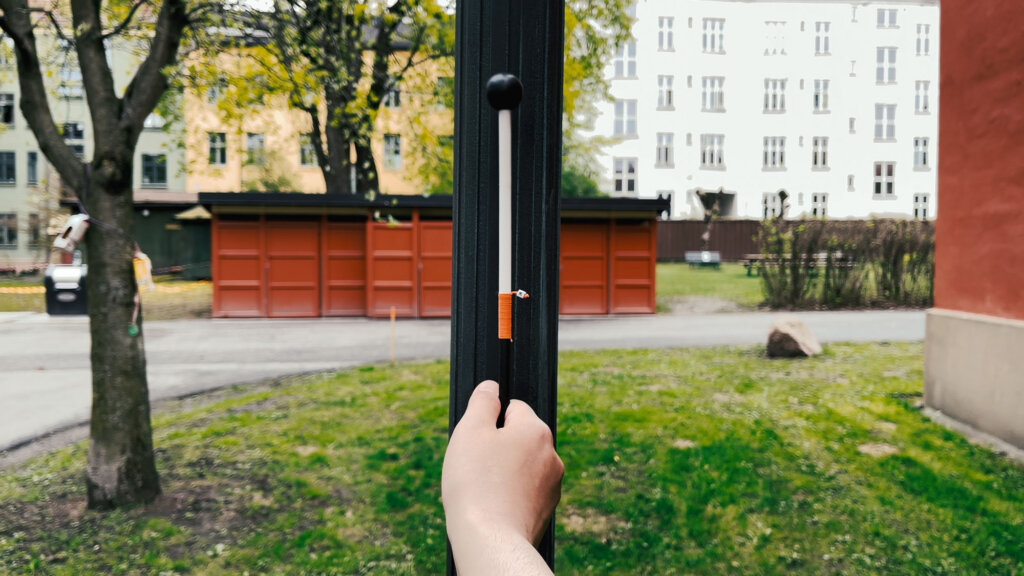 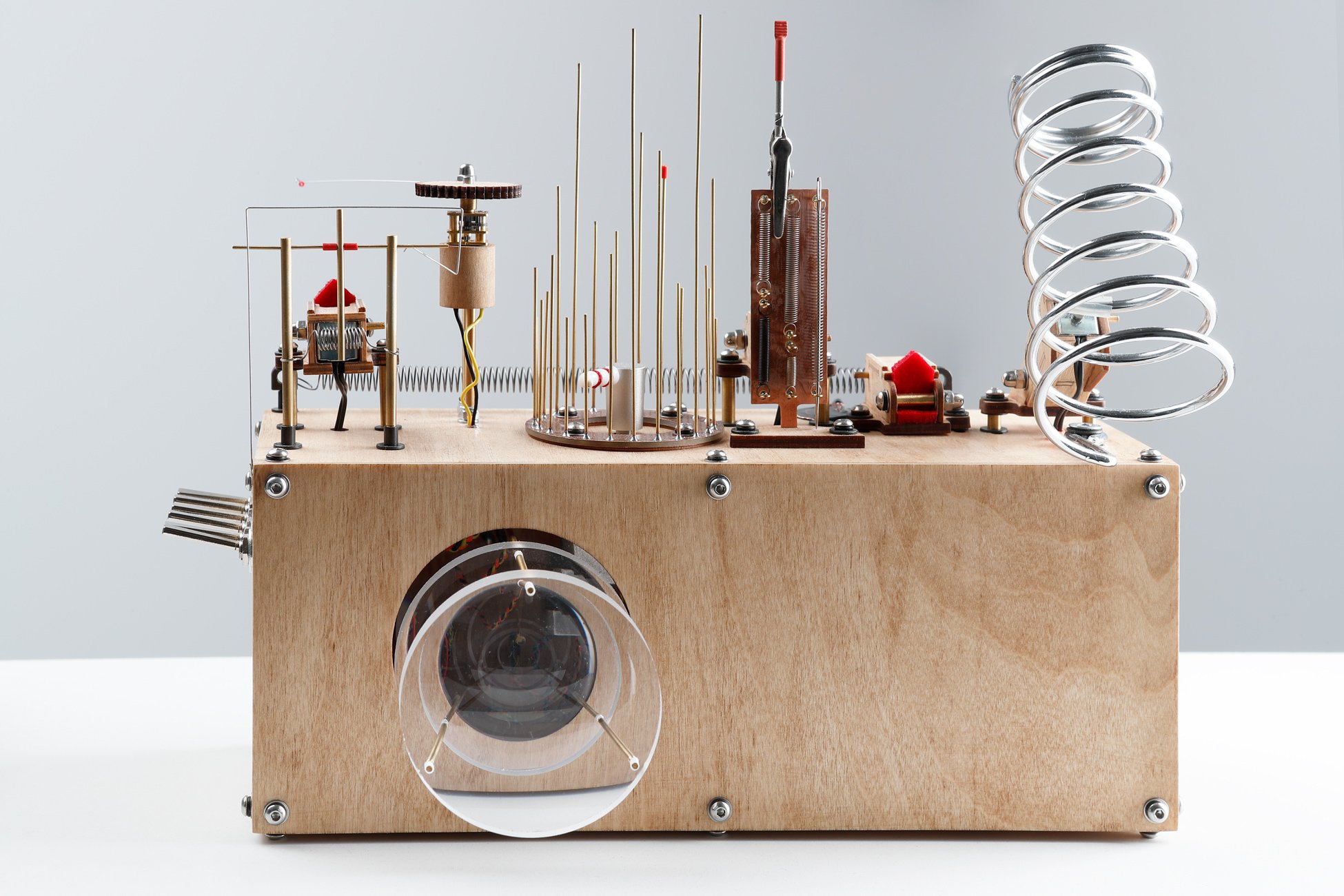