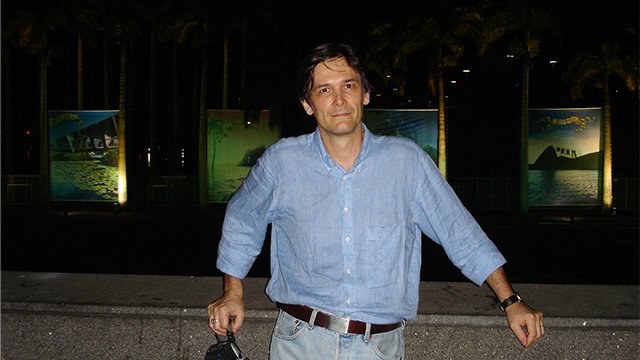 Carefully-chosen materials, clever use of scale and hearty doses of humour are just some of the ingredients in the works of Brazilian artist, Luiz Philippe Carneiro de Mendonça.

Carneiro was born in 1957 into a family with close links to the art world. His father was the Director of the Museum of Modern Art in Belo Horizonte during the 1960s and Carneiro was able to visit Alberto da Veiga Guignard’s studio in Ouro Preto and also live and study with Frans Krajcberg.

After graduating in Industrial Design from the School of Fine Arts, Fundação Universidade Mineira de Arte, Carneiro embarked on a career as a designer, first in mi Gerais and later Paris before settling in Rio de Janeiro during 1980s. In parallel, he developed his personal artistic practice, often with a witty use of found materials.

Carneiro’s early works show a clear link to his childhood growing up in the iron mill owned by his family. Iron, steel and stone are his chosen materials for many works, including giant-sized devices which pay tribute to navigators. Dada and surrealism are evident influences too: an ancient rusty spade is transformed into an elegant neck with the simple addition of a row of pearls while leather handles turn blocks of stone into impossible suitcases. The artist’s design background and love of the absurd come together in Untitled (Chair with Legs Crossed).

Carneiro has held solo shows across Brazil as well as in London and Rome; his work has been exhibited at the Museu Mineiro (Minas Gerais Art Museum) in Belo Horizonte, the National Museum of Fine Arts in Rio de Janeiro and the Brazilian Museum of Sculpture and Ecology. His work forms part of the Gilberto Chateaubriand Collection and the permanent holdings of the Museum of Modern Art in Rio de Janeiro. 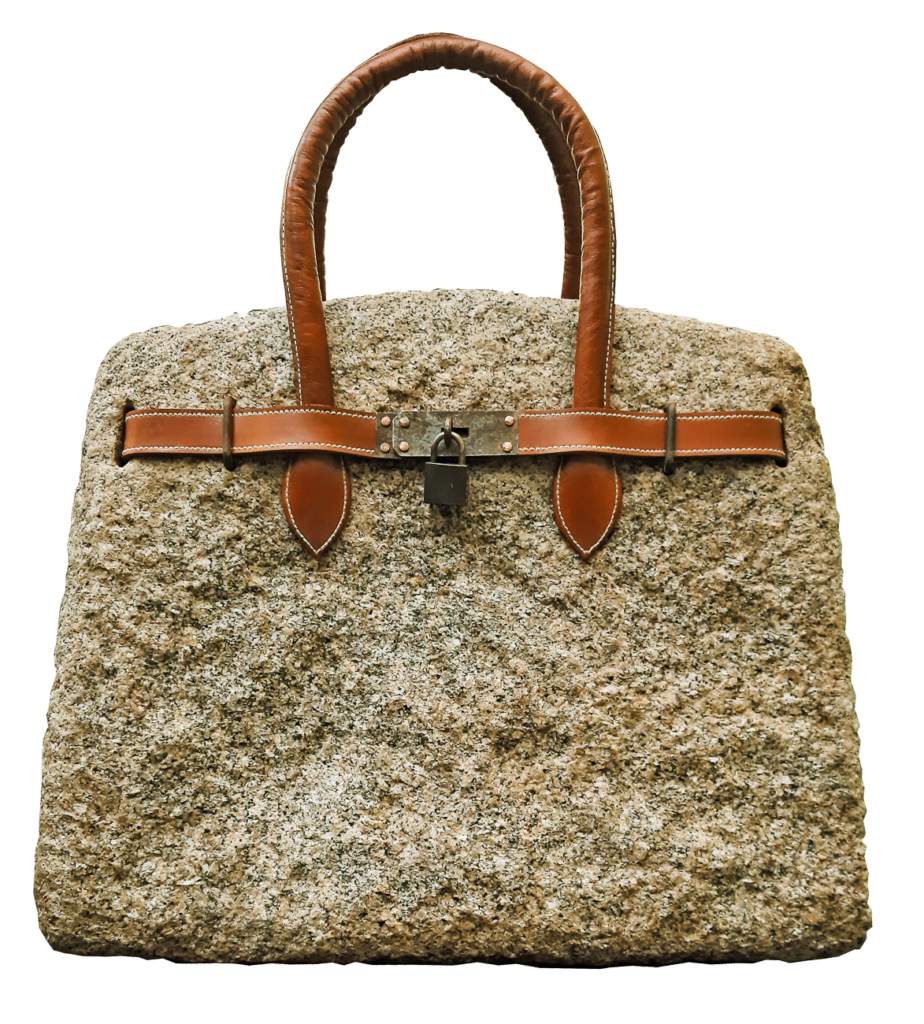 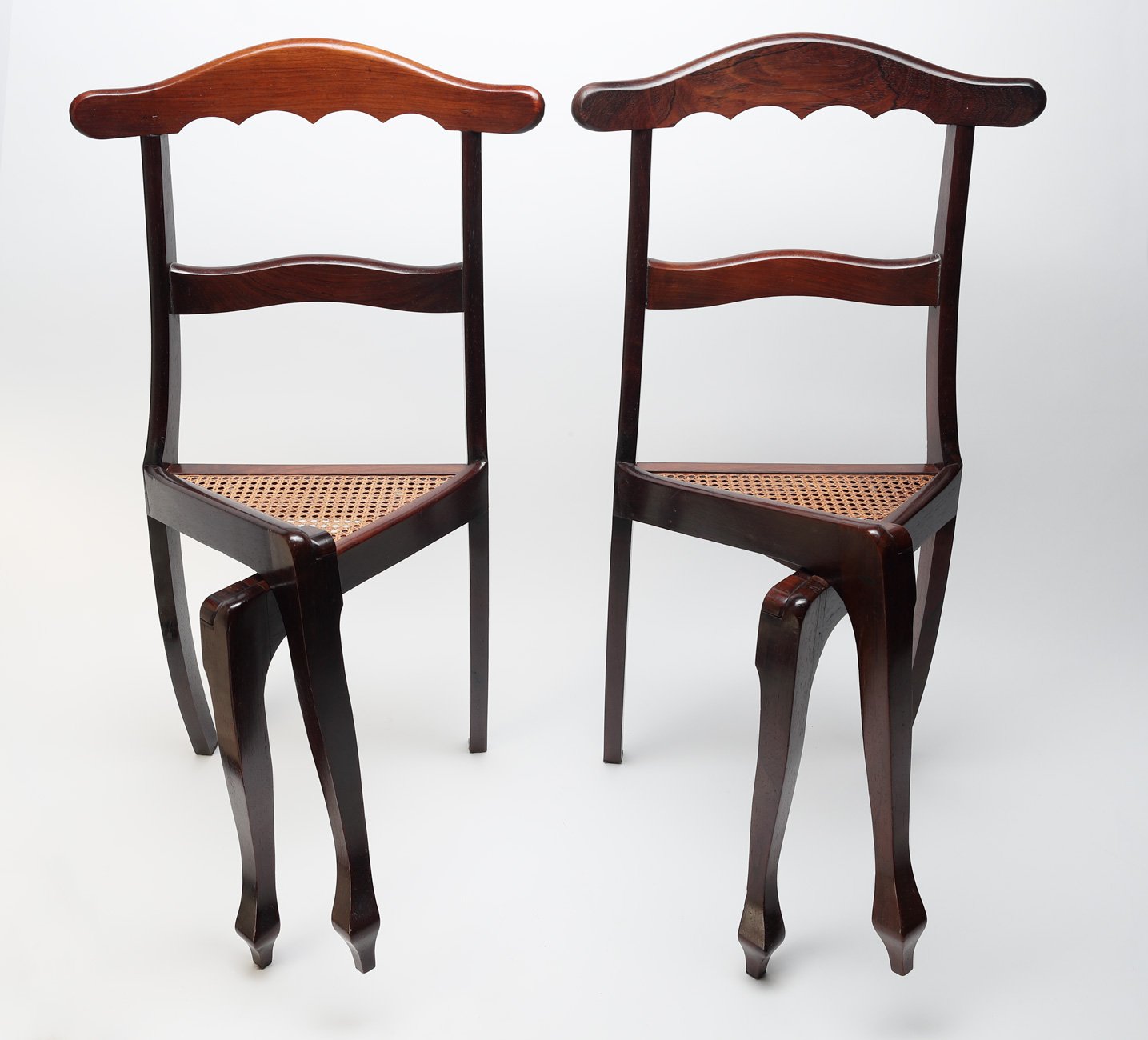