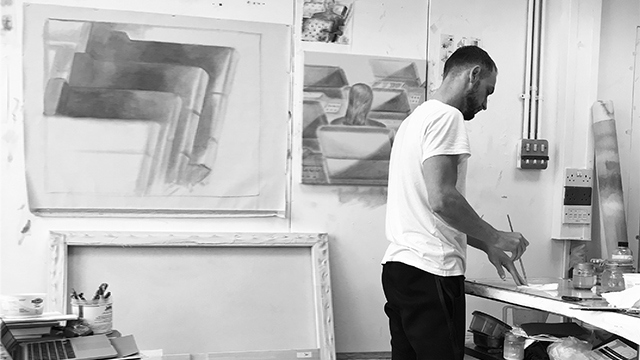 Working in oil or distemper, Richard Burton crafts retro-futuristic scenes populated by solitary individuals. “My imagery is fed by synthetic environments and the emotional distance they generate,” says the artist, whose works often feature upholstered forms, chairs and deserted spaces.

Burton studied at the Slade School of Fine Art in London and in 2019, received the Basil H. Alkazzi Scholarship to complete an MA in Painting at the Royal College of Art. Science-fiction writers such as Philip K. Dick and David Foster Wallace have influenced his practice, which he views as a form of world-building. Pinks, violets, pale greens and blues dominate his Hopperesque scenes in which isolated figures are generally presented with their backs to the viewer.

Aspirational lifestyles are reflected in recurring motifs such as cars, prim hairstyles and large, 1950s lounge chairs. The repeated use of upholstered seating and softened shapes, according to the artist, “speaks to our constant seeking of comfort, and the impossibility of that need being wholly realised,” while his buttoned furnishings and square cushions inevitably recall padded cells.

Burton has participated in group exhibitions in New York, Geneva, Madrid and London, including the Summer Exhibition at the Royal Academy in 2016 and 2019. He was selected for Bloomberg New Contemporaries 2021 and received an Abbey Fellowship in Painting at the British School in Rome for 2022. 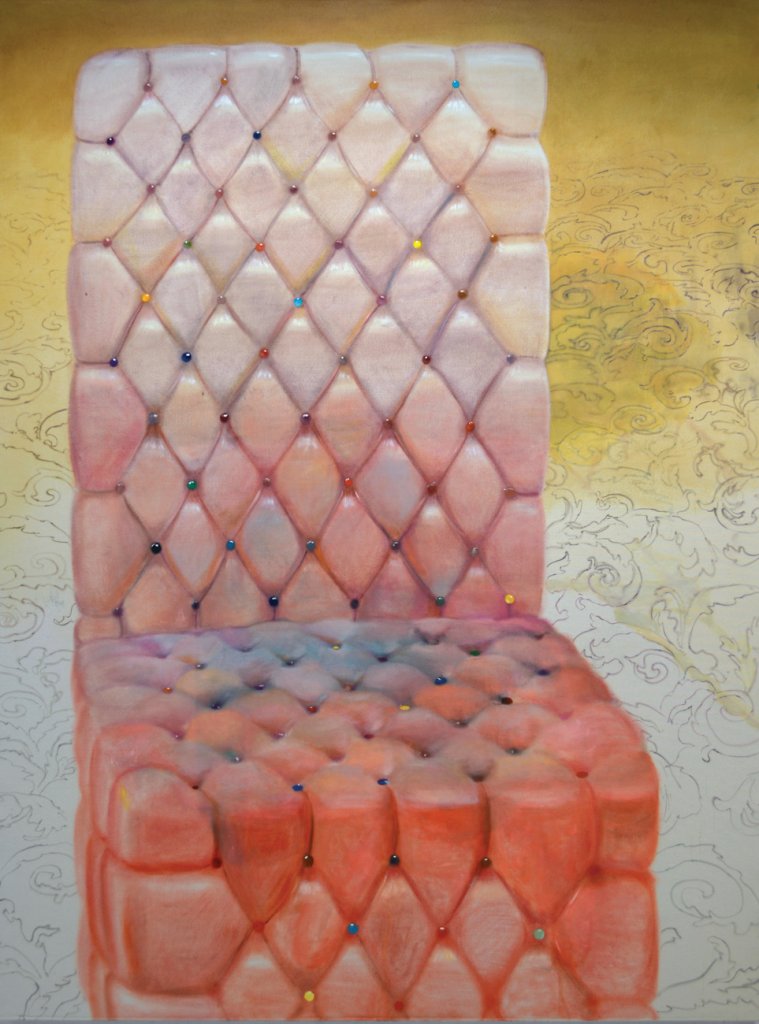 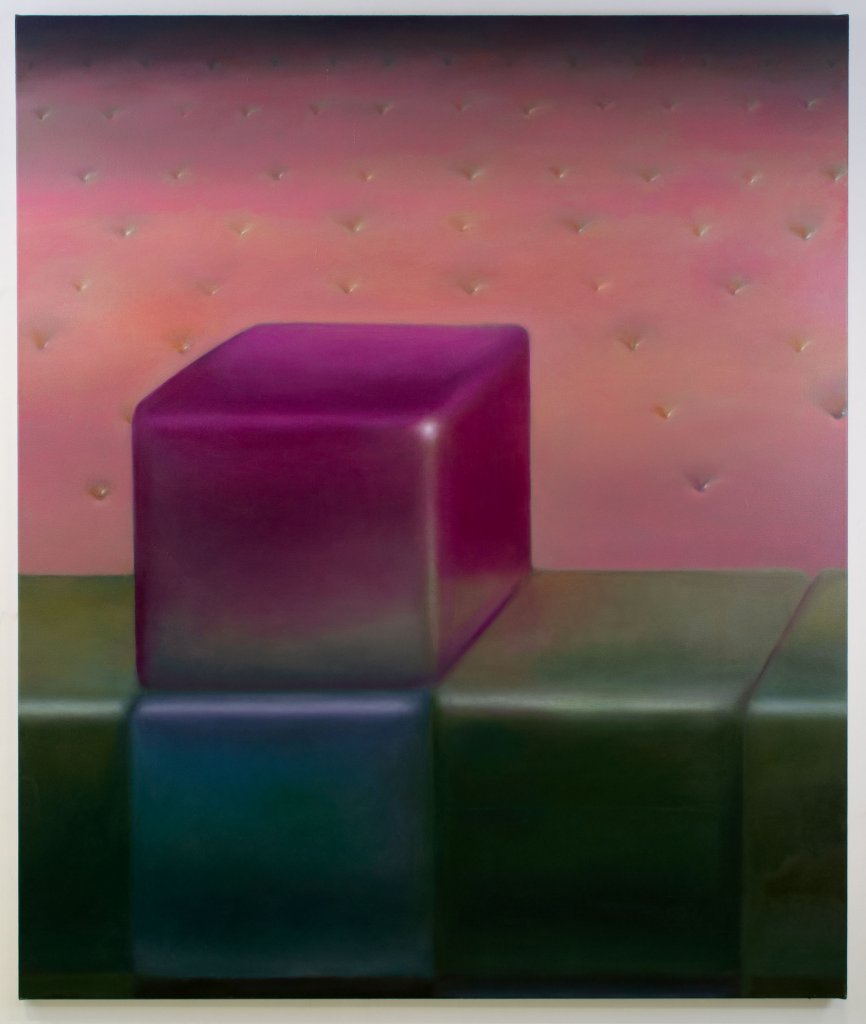 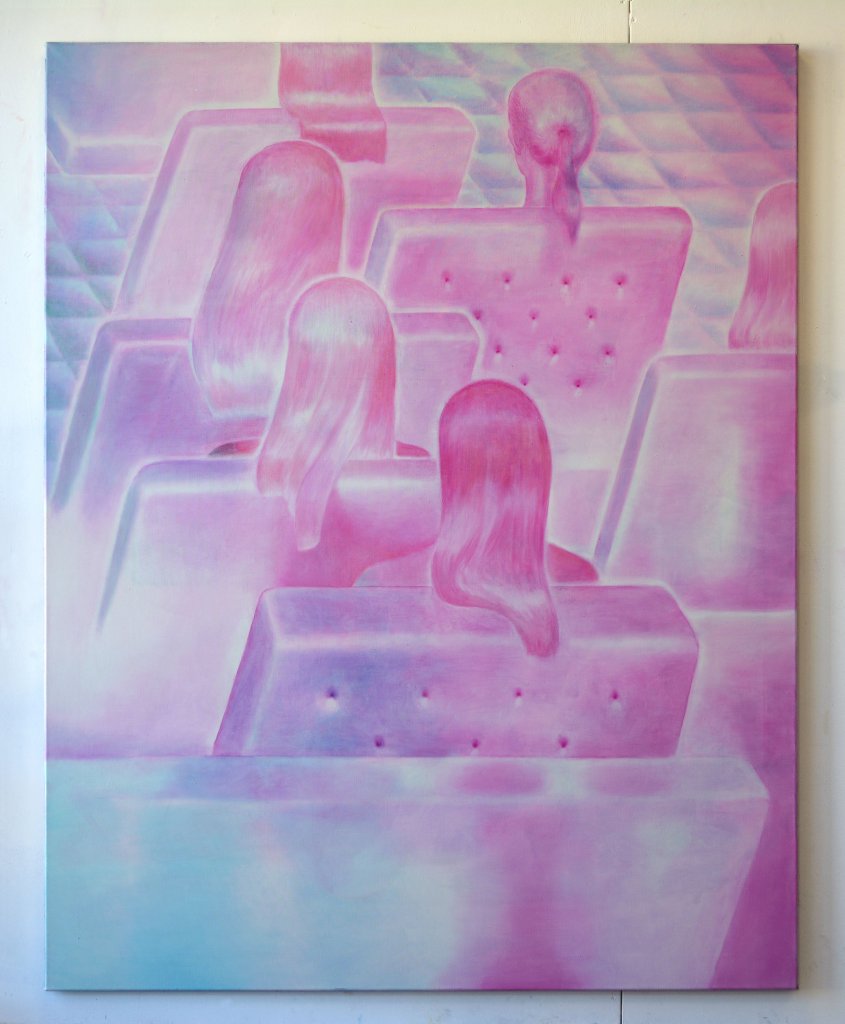 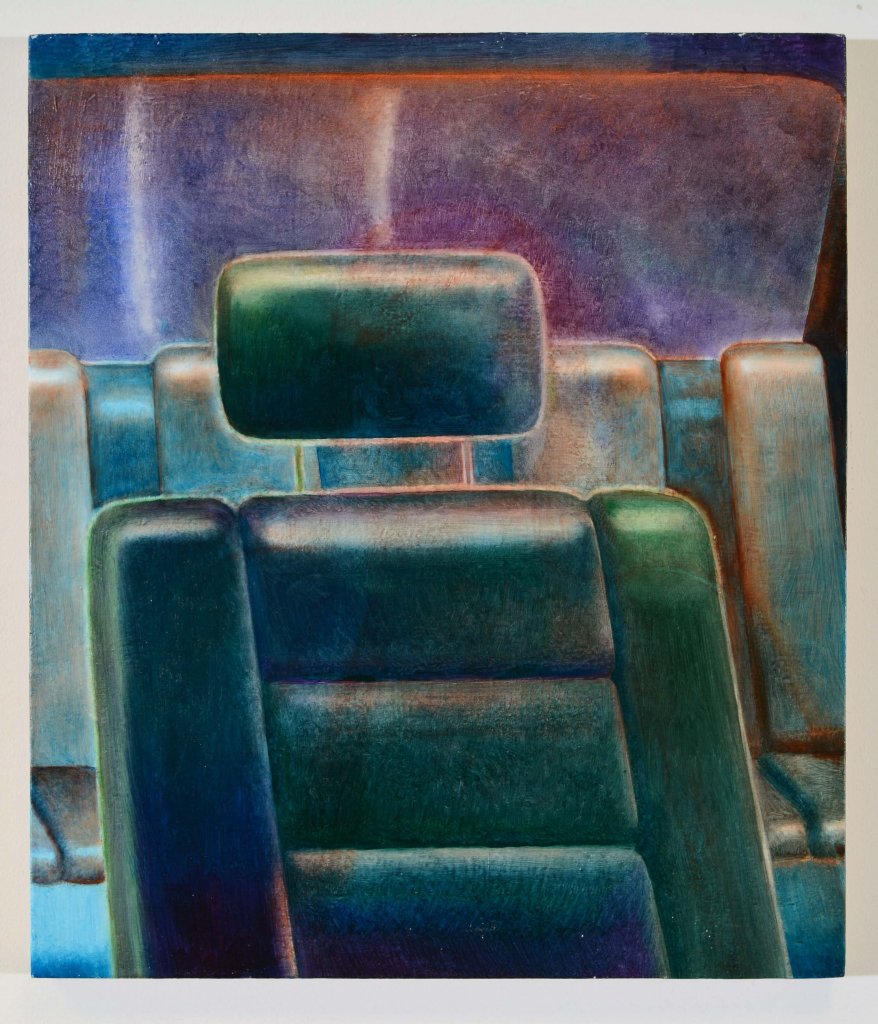 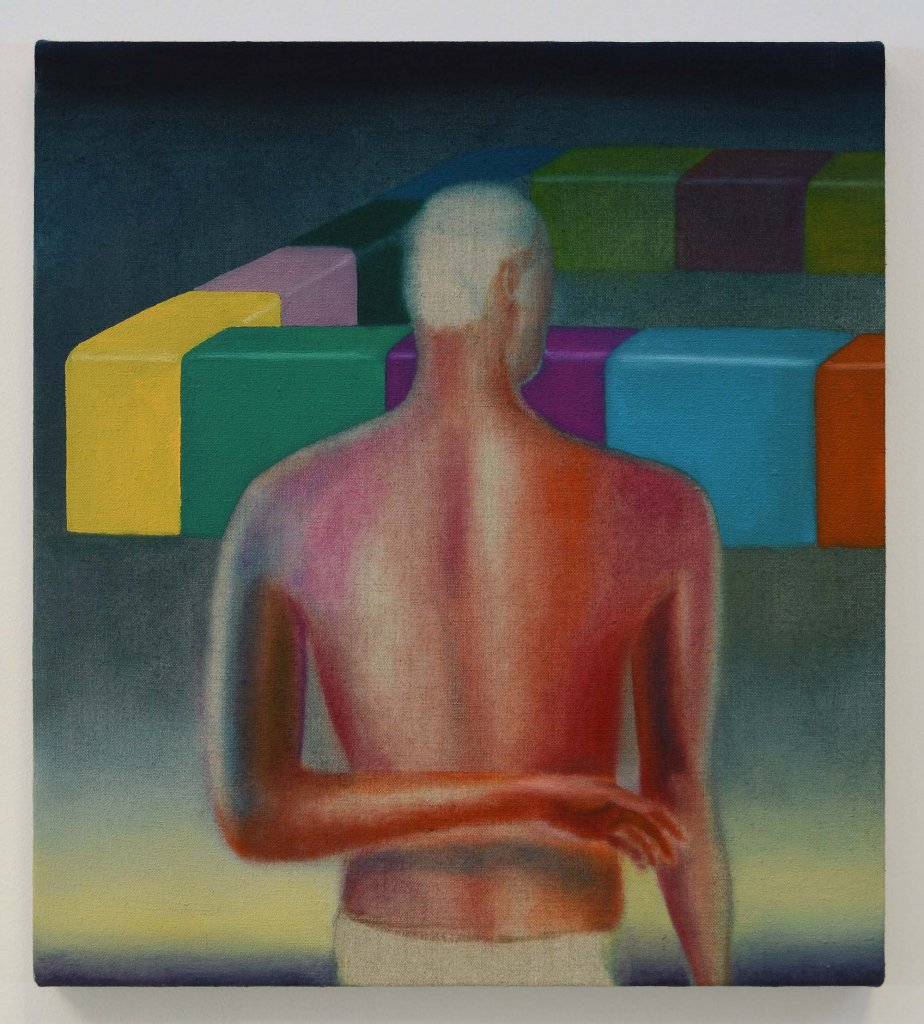 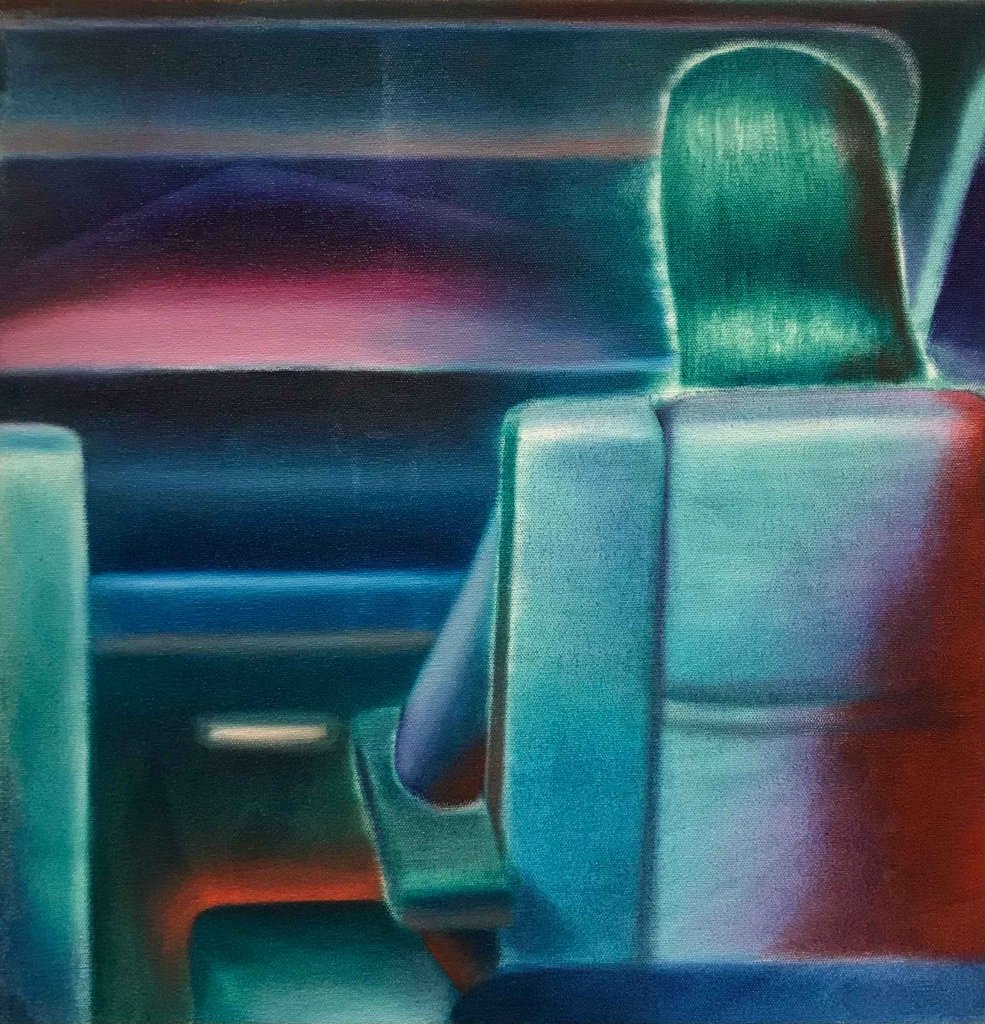