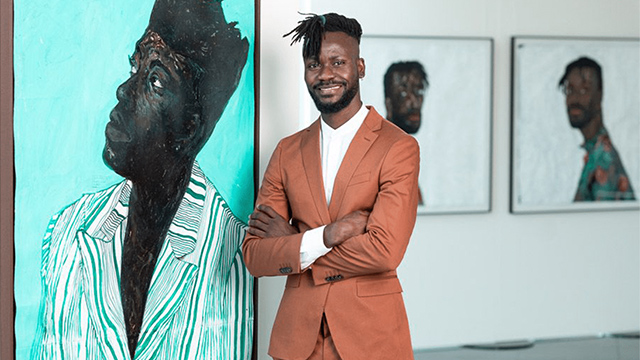 Ghanian artist Amoako Boafo sculpts paint with his fingers, creating vibrant portraits rich in texture, colour and emotion. An eloquent new voice in figurative painting, Boafo focusses his gaze on the people that surround him: friends, family and those he admires become the stars of powerful large-scale works which celebrate identity and the African diaspora.

Born in Accra in 1984, Boafo taught himself to paint as a youngster. After supporting himself as a semipro tennis player for a number of years, he went on to attend the Ghanatta College of Art and Design, where he graduated in 2008 with the award for Best Portrait Painter of the Year. In 2014 he moved to Austria, where he studied an MFA at the prestigious Academy of Fine Arts in Vienna.

This shift to Europe had a clear impact on the artist’s subject matter and style, as Boafo looked for a way to deal with racism and stereotyping: “I want people to see me. I want to be seen, not the stereotype,” explains the artist. He found inspiration in the expressionism of Egon Schiele, and in 2017 decided to start painting with his fingers.

Faces and hands are formed by dynamic whirls of brown and black oil, with Boafo’s subjects often depicted in brightly-coloured clothing celebrating their unique personality and style. Backgrounds are invariably minimal, directing the viewer’s gaze to the protagonist. Intimate and compelling, Boafo’s portraits have been shown in Africa, Europe and the USA, including at museum venues such as the National Museum Ghana and Kunsthalle Vienna.

Boafo received the Walter Koschatzky Art Prize in 2017 and the STRABAG Artaward International in 2019. He has also completed a residency at the Rubell Museum Miami and his work is held by numerous international institutions including the Minneapolis Institute of Art, Los Angeles County Museum of Art and The Albertina Museum.

Sitting on the Sun 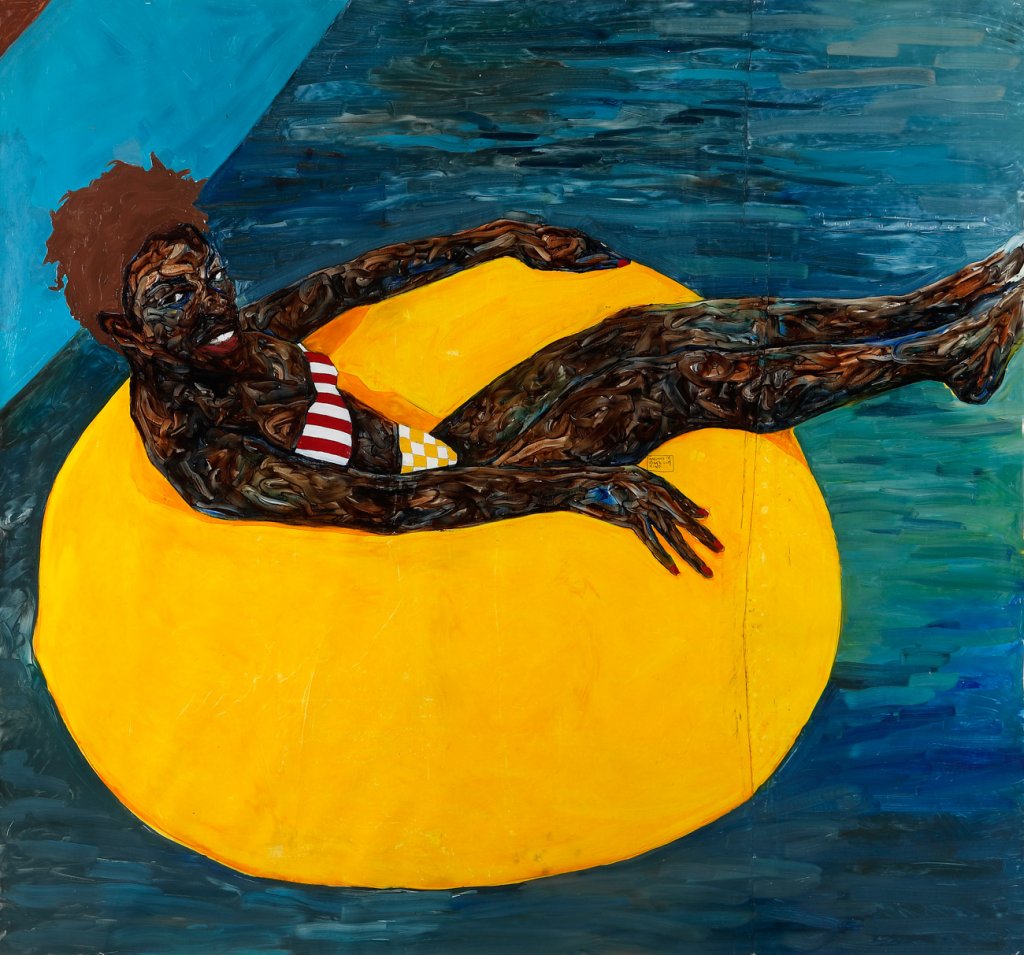 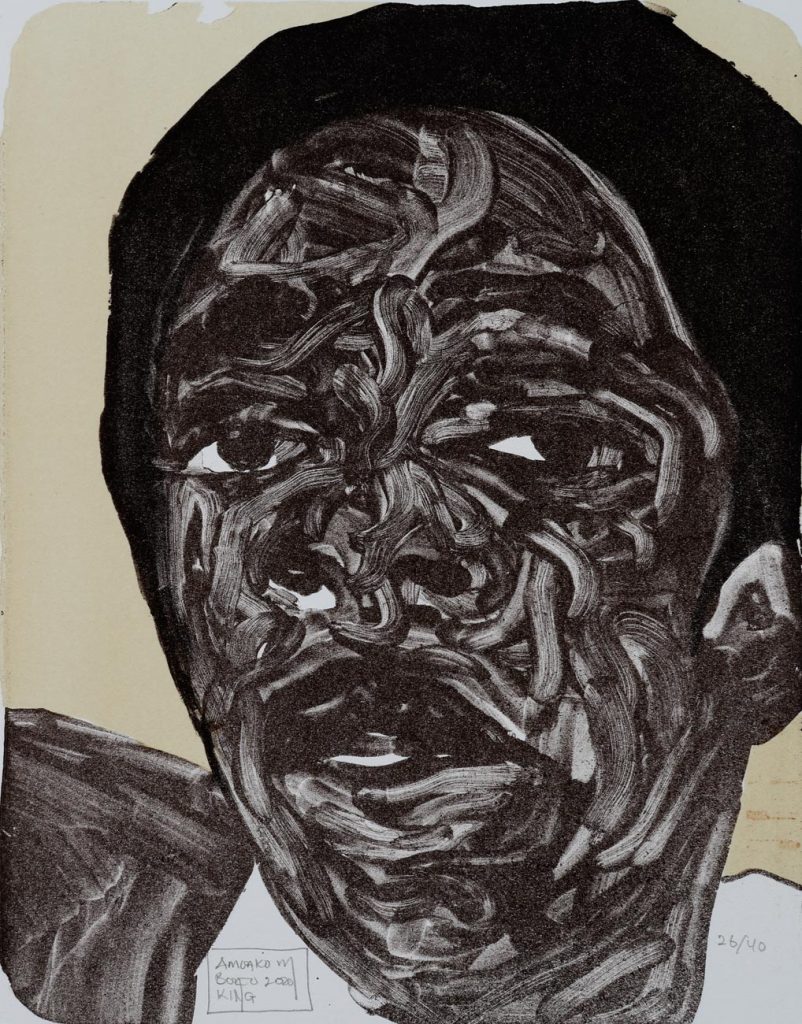