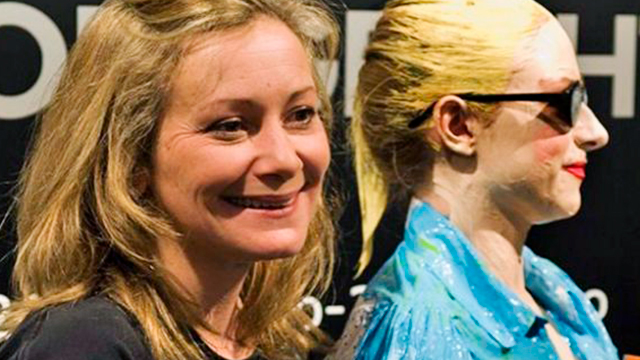 Fascination with the American Dream underlies the work of British artist, Boo Ritson, whose practice encompasses elements of performance, photography and digital collage. Known for painting directly onto her sitters, using their bodies as three-dimensional canvases, Ritson has also developed fake American landscapes from photographed elements of her own back garden, consistently exploring the malleability of identity and place.

Ritson received her BFA from Buckinghamshire Chilterns University College in 2002 and went on to study sculpture at the Royal College of Art, London. She felt restricted by working in a single medium, however, and in 2005 came up with the idea of painting directly onto people as a means to fuse painting, photography, performance and sculpture. She developed storylines for each persona, sourced costumes, then covered them with thick paint before photographer Andy Crawford immortalised the living artworks.

Cliché characters such as cheerleaders, gangsters or donut-eating cops populate Ritson’s imagined narratives, which play on stereotypes and the bold, pop-art colours. Invented landscapes are also used to create head in the hole photographs, placing characters in bucolic or  cinematographic settings. In later works, landscapes themselves become the focus, with Ritson drawing on the visual languages of video gaming and photographic collage to create “techno-sublime” environments.

Ritson has exhibited in Europe and the USA, including solo shows at Southampton City Art Gallery (UK) and Oklahoma City Arts Centre (USA). She created the cover art for The Maccabees album, Wall of Arms, and her work is held by collections including Saatchi Gallery, London, and the Zabludowicz Collection. 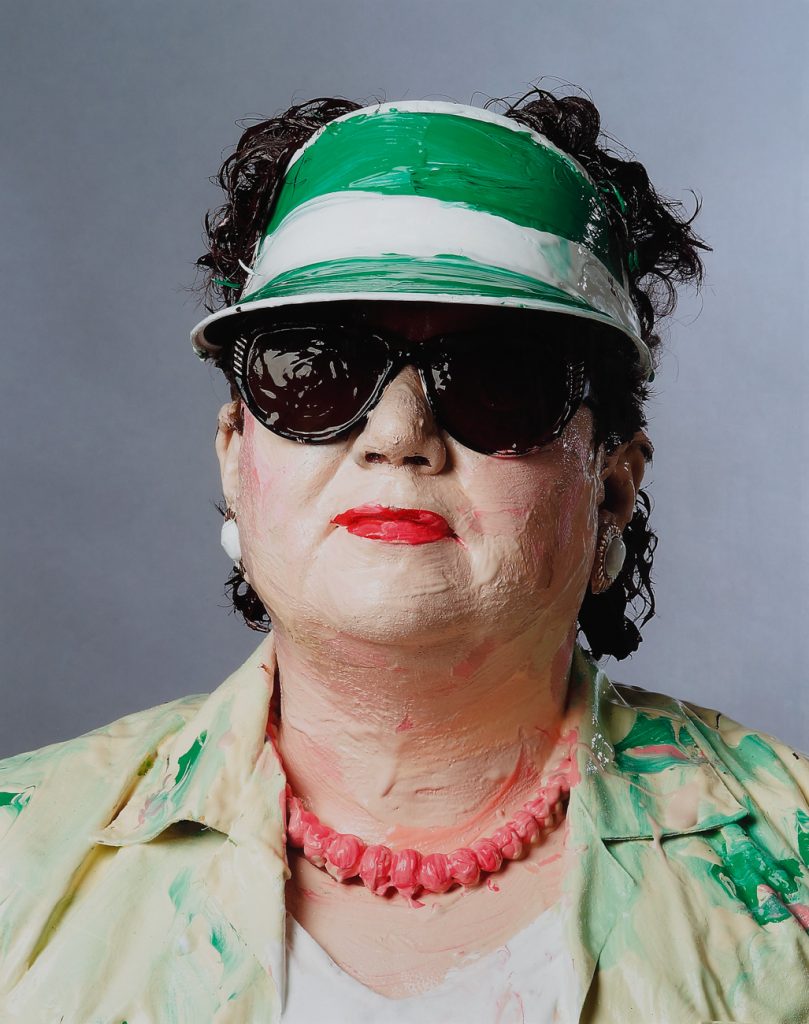