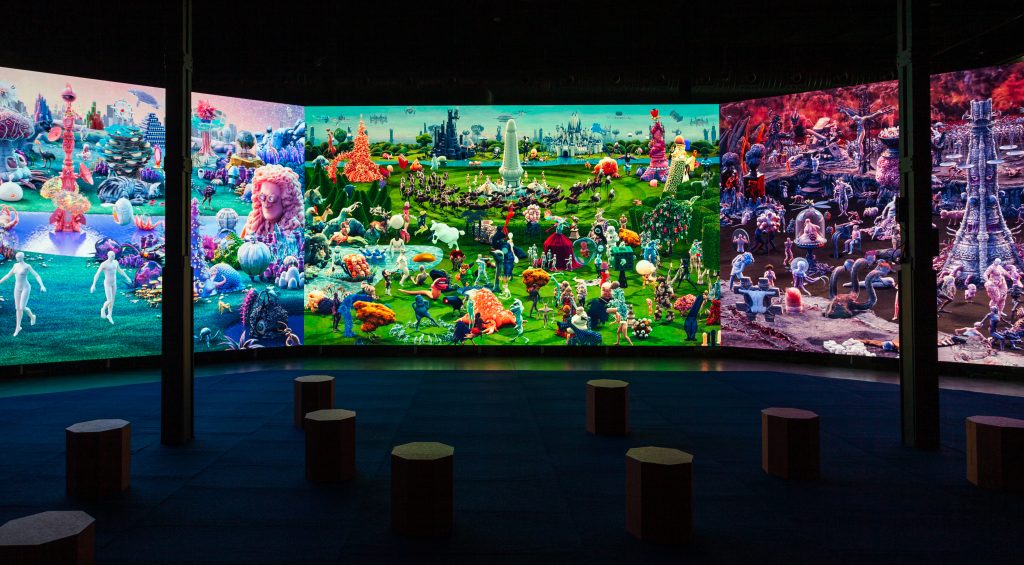 Matadero Madrid, Centre for Contemporary Creation, a public arts space of Madrid City CouncilArea for Culture, Tourism and Sports, presents the exhibition The Garden of Earthly Delights, through the artworks of Colección SOLO, an invitation to revisit Bosch’s work through the prism of our present-day. Some fifteen international artists take part in the show, curated by Colección SOLO, which will run from 7 October 2021 to 27 February 2022 at Nave 16, MataderoMadrid. 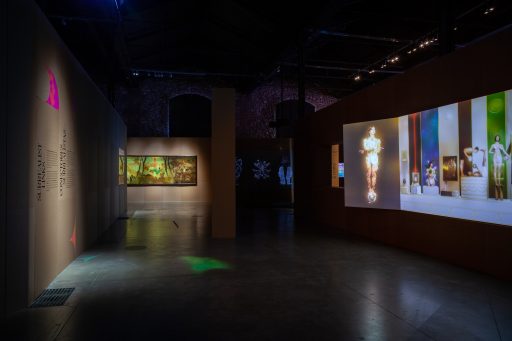 The different approaches, evocative references and visionary reinterpretations in these contemporary works make for an exhibition experience which opens up for visitors the narrative wealth of the original triptych, its countless layers of interpretation, symbolic potential and ability to articulate a social portrayal of the present. The exhibition space has been designed by the architects  Estudio Herreros, and will feature almost  20  works  from the permanent  holdings  of Colección SOLO, an international project to support contemporary arts, based in Madrid.

From sound art to artificial intelligence

A sound composition played from celluloid will submerge the visitor in this contemporary garden of delights. Created by Enrique del Castillo, originally from Jaén, Spain, this artwork combines an optical sound reader and compositions on 35mm film, transformed borrowings from the Renaissance musicians Josquin Des Prez  and  Adrian Willeart, who were contemporaries of Hieronymus Bosch. 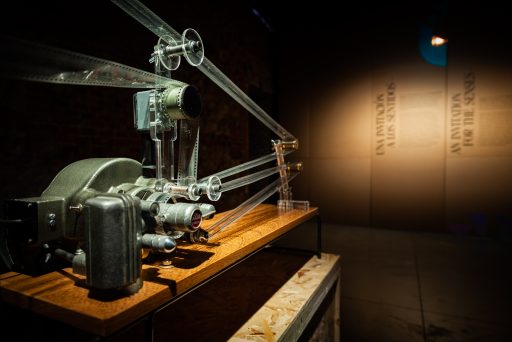 The installation leads to a reworking of The Garden of Earthly Delights  created using artificial intelligence by the German artist  Mario Klingemann, a global pioneer in the field of AI art. Entitled The Garden of  Ephemeral Details, the artwork plays in real time with visitors’ perception and memory, and forms part of An Invitation for the Senses, the first area of the exhibition. A site-specific installation created for the show by La Fura dels Baus – Carlus Padrissa completes this section. 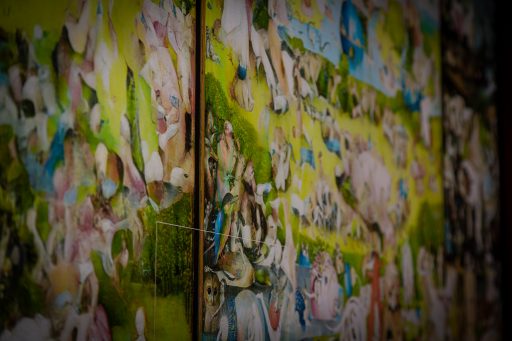 Sculpture and painting by the artists Lusesita and Dave Cooper make up Delicious Temptation, a space dedicated to creations which satirically strip the original of its moralistic tone, transporting us to a guilt-free paradise. Meanwhile, animated GIFs by the Serbian artist Sholim and digital animation by the creative duo, Cool 3D World, situate the spectator in the common ground where 20th century surrealism and Hieronymus Bosch both meet. 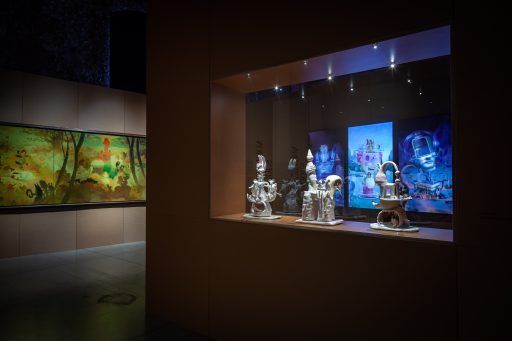 The Chinese artist  Miao Xiaochun conceived the video and nine-panel image presented in the following area, dedicated to the microcosms and utopias that emerge from The Garden of Earthly Delights. Filip Custic, the Spanish artist behind the visual universe of flamenco-trap star Rosalía, presents a video installation which condenses the history of humankind and ponders where we are headed. Meanwhile, a collage sculpture by Dustin Yellin and painting by Dan Hernandez, which draws on the aesthetics of vintage arcade games, complete this part of the exhibition. They do so alongside work by US artist Cassie McQuater, who harnesses 90s video games to evoke utopian elements of the original triptych. 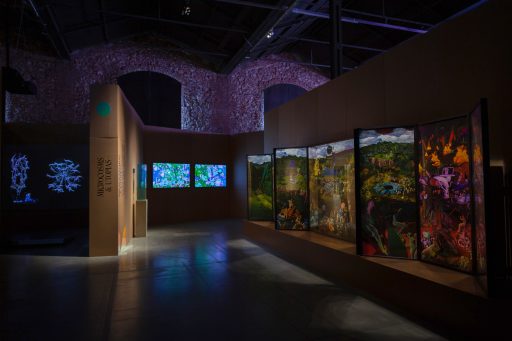 New  stories and characters find their way into contemporary gardens re-conceived and recast in the creations of Davor Gromilovic and the Taiwan-born artist, Mu Pan. Now resident in New York, Mu Pan’s reworking of Bosch’s triptych offers a career retrospective condensed into a single painting.

Digital animation on a massive scale

The Dutch collective SMACK present SPECULUM, a large format digital animation which rounds off The Garden of Earthly Delights, through the artworks of Colección SOLO. Like the original painting, which, according to some art historians, was used in its day as a starting point for conversation, SPECULUM invites a challenging dialogue on who we are and the society we have built. 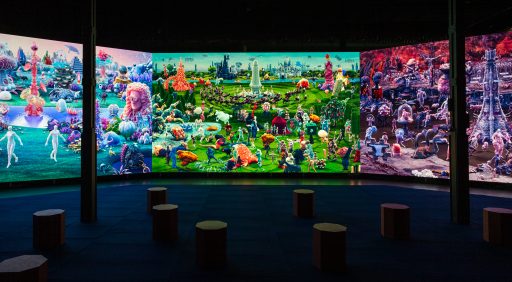 Originally commissioned by the Stedelijk Museum Breda (formerly MOTI) and Colección SOLO, the digital triptych reveals a contemporary garden packed with references to popular culture, a crude mirror of the present-day. Presented on screens totalling 21 metres in length, the artwork situates the visitor before ruthless yet recognisable depictions of eden, paradise and hell.