Consumerism, selfishness, escapism, fear, vanity or decadence define each of the works which makes up Tribe Characters, a critical metaphor of society as a mass of loners, wandering aimlessly through digital space. Tribe Characters is the first collectible series by the Dutch collective, SMACK. 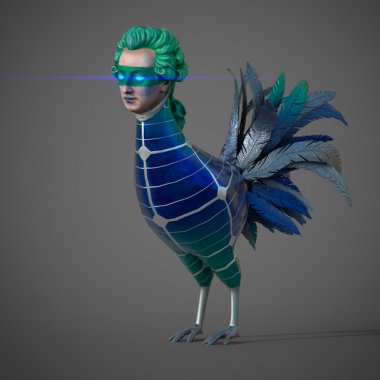 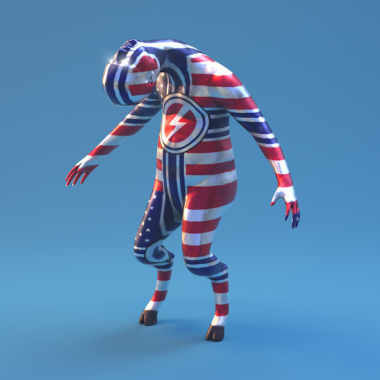 The series holds up a crude mirror to the present day, inviting reflection on identity and mass behaviour. In total, it comprises 500 characters, 500 super egos which wander in a false bubble of security and self-obsession, unaware that they are trapped in an infinite circle. The whole collection derives from a digital triptych which will be exhibited at Espacio SOLO in Autumn, while the first characters were available since May. Further characters, each with their unique traits and peculiarities, will be gradually added to the collection. 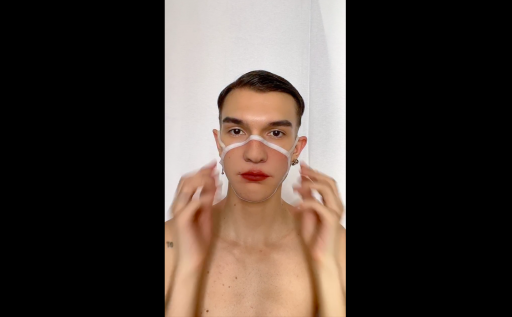 At Urvanity Fair, SMACK’s artwork released in a unique space dedicated to clean NFTs created by Onkaos, an initiative to support new media artists which forms part of Colección SOLO.

Custic meanwhile, launched Mascarilla Hiperrrealista, a video work made available as an NFT. The piece harnesses the face mask — an accessory which has taken on a new, iconic meaning over the past year — to explore themes around identity.

NFT technology is enabling consensus and security in the certification of digital art, providing new opportunities for artists to bring their works to the market. In its mission to support new media talents, Onkaos collaborates with resident artists to create NFTs.

The artworks presented by on Onkaos at Urvanity use clean NFT technology and, after Urvanity, will be sold exclusively through clean NFT platforms using Tezos, which have a lower environmental impact than other crypto currencies.

Artworks by SMACK, novakzen and Custic also featured in the Urvanity public art programme and were shown on digital billboards across Madrid during the last week of May.