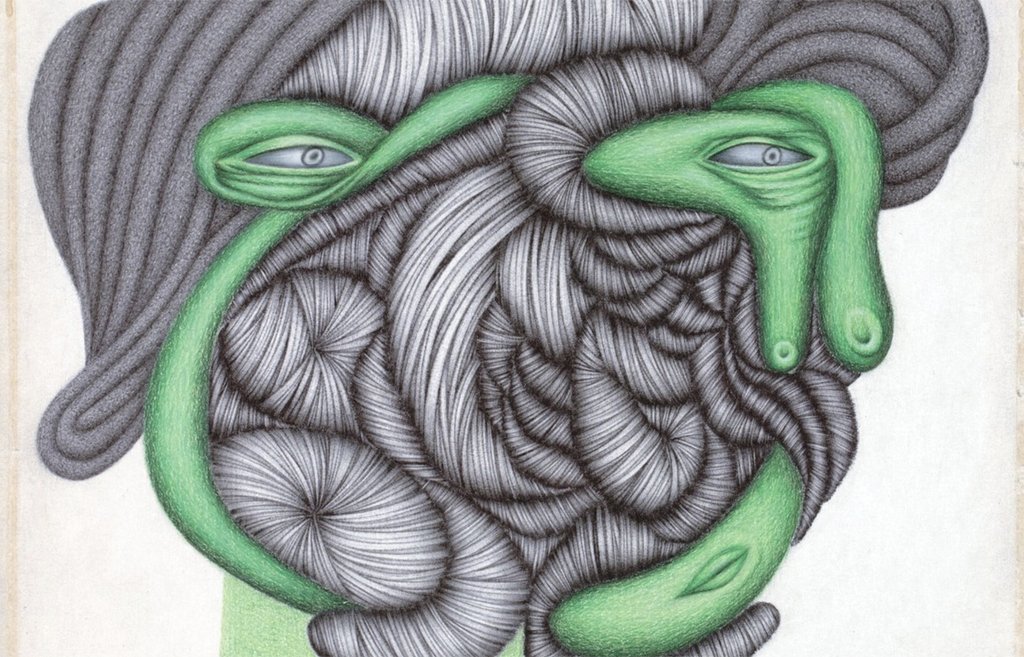 “Without music, life would be a mistake,” wrote Friedrich Nietzsche in Twilight of the Idols. It’s a view shared by the Musseu del Disseny de Barcelona, which this week opens David Bowie Is, curated by the Victoria & Albert Museum. With over 300 objects including handwritten lyrics, original costumes, set designs and album artwork, this landmark retrospective explores the collaborative nature of Bowie’s work and examines how the music legend inspired others to challenge convention. To coincide with the opening — and avoid any existential blunders — we heed Nietzsche’s advice and focus our attention on music.

The visual arts often go hand in hand with music, and at Colección SOLO this special relationship is clearly in evidence. Numerous artists have created album cover designs, with highlights including AJ Fosik’s carved wooden sculpture for Mastodon’s The Hunter (2011) or Sergio Mora’s Latin Grammy winning artwork for El Poeta Halley (2016) by Love of Lesbian. Colección SOLO artists have created music videos too, with Marcel Dzama’s Dada-inspired creation for Can I Sit Next to You (2017) by the indie rock group, Spoon, providing a recent example. And then there are the bears. The pink, twerking teddy bears from Miley Cyrus’s unforgettably provocative performance at MTV’s Video Music Awards (2013) were the brainchild of visual artist, Todd James.

Other Colección SOLO artists are musicians in their own right. Tim Biskup, for example, has been making music since the early 80s together with his brother Mike. The duo, named Big Butter, create experimental tracks infused with found sounds including fireworks or laughter, and released their fifth album, A Step Felt in Full, in 2015.

Music is not only a parallel activity but, at times, an essential factor in bringing visual artworks into being. This is true of the intricate portraits by US illustrator and artist, CJ Pyle. From the late 70s through to the early 90s, Chris Pyle was the drummer for the Indianapolis-based band, The Late Show, working a non-stop touring schedule with up to 300 gigs per year. It was during long road trips or down time between sound checks that the artists developed his trademark weave technique, working with the materials at hand: pencil, ballpen and discarded album covers.

Inspiration, collaborations or pure serendipity. The relationships between music and art in Colección SOLO are as varied as the collection itself. And it’s a two-way deal. As David Bowie revealed to The New York Times back in 1998, “Art was, seriously, the only thing I’d ever wanted to own […] I use it. It can change the way that I feel in the mornings.” We can certainly second that. And no mistake.