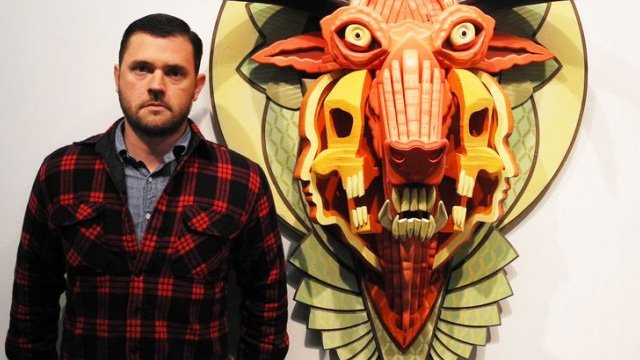 Born and raised in Detroit, AJ Fosik graduated from Parsons School of Design, New York, in 2003. Drawing on his background in street art and signage, Americana, folk art and cultural symbolism, he creates wall-mounted figures and free standing sculptures of animal subjects and anthropomorphised beings. Wood, paint and nails come to life in vibrant colour, glorious symmetry and an unnerving mix of stylized features and symbolic gesture.

Following his first solo exhibition in 2007, Fosik has shown across the USA, in France, Mexico and Japan, and has featured in magazines including Hi Fructose, The Brooklyn Rail and VNA. In 2011, he was commissioned by Mastodon to design the album cover for The Hunter, while in Beast from a Foreign Land (Tokyo, 2014) he collaborated with twelve Japanese artists who each customised one of his trademark figures. Fosik’s work was also featured in the exhibition Turn the Page: The First Ten Years of High Fructose in 2016.

Fosik’s totems turn the supernatural on its head, addressing primal themes to celebrate existence in itself. As the artist explains, “in reality, we only have each other.” 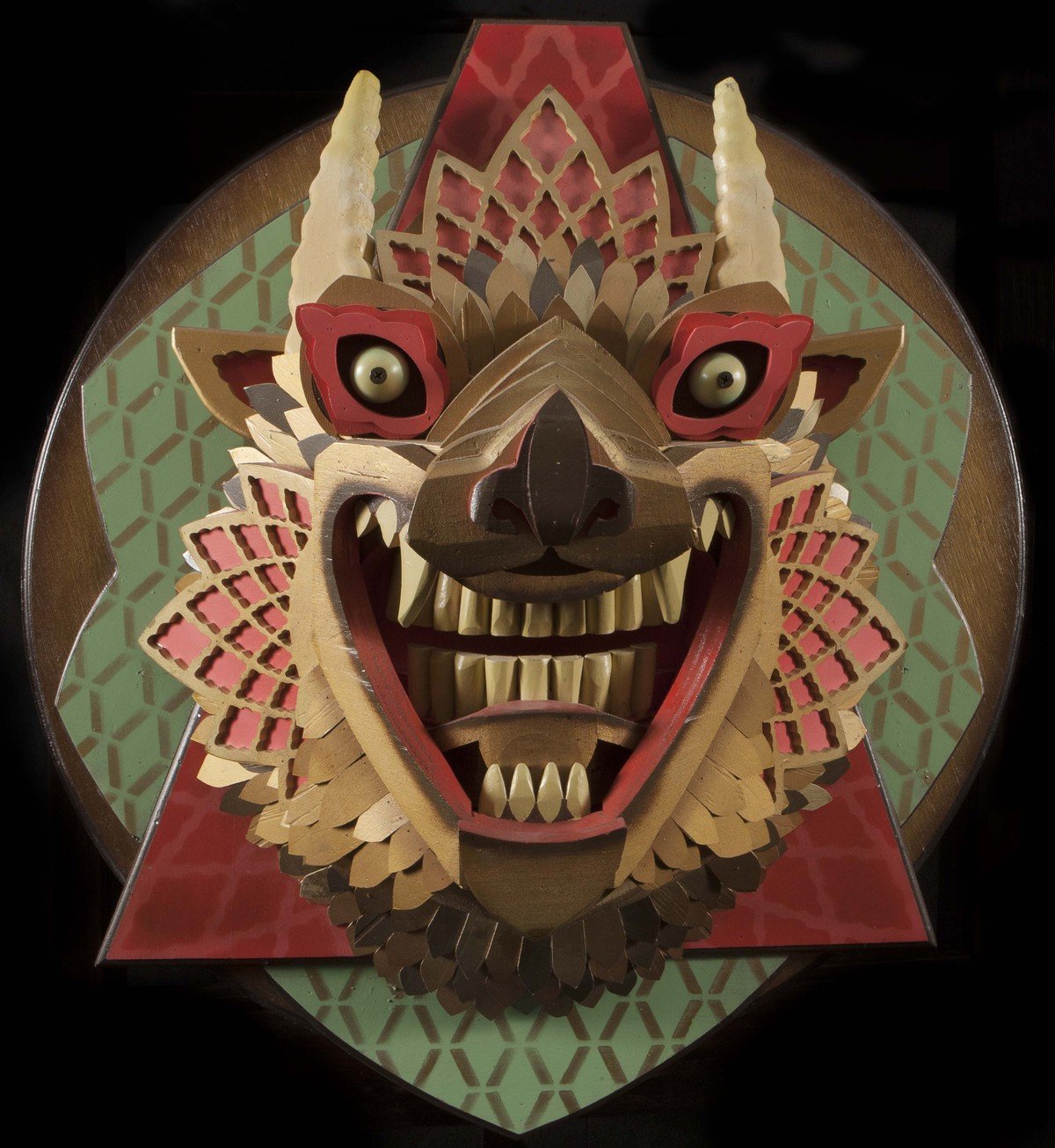