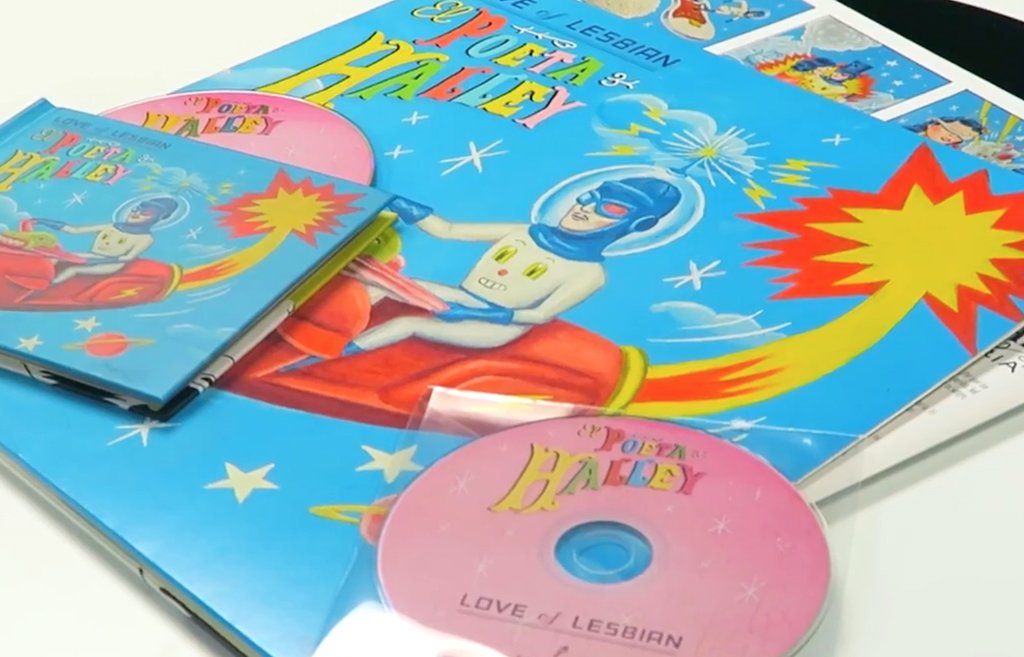 Spanish artist and Colección SOLO favourite Sergio Mora received the award for Best Recording Package at the 17th Latin Grammy Awards this week. With characteristic elegance, his artwork for El Poeta Halley by Love of Lesbian blends a 50s-style sci-fi aesthetic with colour, humour and poetry. The result: a whole visual universe inspired by Santi Balmes’s evocative lyrics, a unique image for each different song, hand-painted in oils.

Love of Lesbian and Sergio Mora are neighbours. Quite literally, as the band rehearses and records their music in the very same building where the artist has his studio. No surprise, then, that Mora “felt very comfortable working on the album,” as he explained in a feature earlier this month on Catalan TV3. The nomination, however, came as a genuine shock: “I didn’t know you could be nominated without even being able to play the guitar or sing!”

Unfortunately for Mora, the awards ceremony coincided with yet another high point in his busy career: the grand opening of Bazaar Mar restaurant in Miami. Together with interior design legend Philippe Starck and the internationally renowned chef, Jose Andrés, Mora has been working on this project for well over a year. Modernity and tradition come together in the eatery’s decor, with Mora’s sea-themed imagery translated into contemporary blue and white tilework and spectacular floors by the expert craftspeople at Cerámica San Gines and Art Antic Spain.
“Two once-in-a-lifetime events…on the very same night!” as Mora puts it. A delicious dilemma to round off 2016.