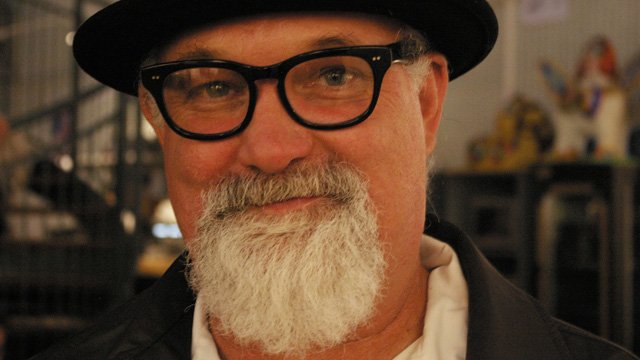 Born in Richmond, Indiana, Christopher John Pyle was a compulsive sketcher from an early age. Early influences include the cartoonist Basil Wolverton and the Italian caricaturist Paolo Garretto, though professionally Pyle’s creativity first developed in the music industry. From 1975 and over the next decade he was drummer for the Indianapolis band, The Late Show, playing up to 300 gigs per year. During down time for sound checks or travelling, he would create ballpen sketches, perfecting his trademark weave technique.

From the late 80s, Pyle started drawing cover designs for an Indianapolis news weekly, catching the attention of clients such as Rolling Stone, Time, and Sports Illustrated. He also hand-illustrated album covers for Verve and Atlantic Records.

Working on found materials such as old record covers or books, in ballpoint pen and pencil, Pyle develops two-tone head-shots using voluminous, rope-like forms. The tactile, felted result — reminiscent of some Chicago imagists — is particularly alluring in our digital age. Since 2007, Pyle’s work has been exhibited across the USA. He has also shown in Sydney, Australia, and featured in Raw Vision/25 years of Art Brut at Halle St Pierre Museum, Paris, in 2014. 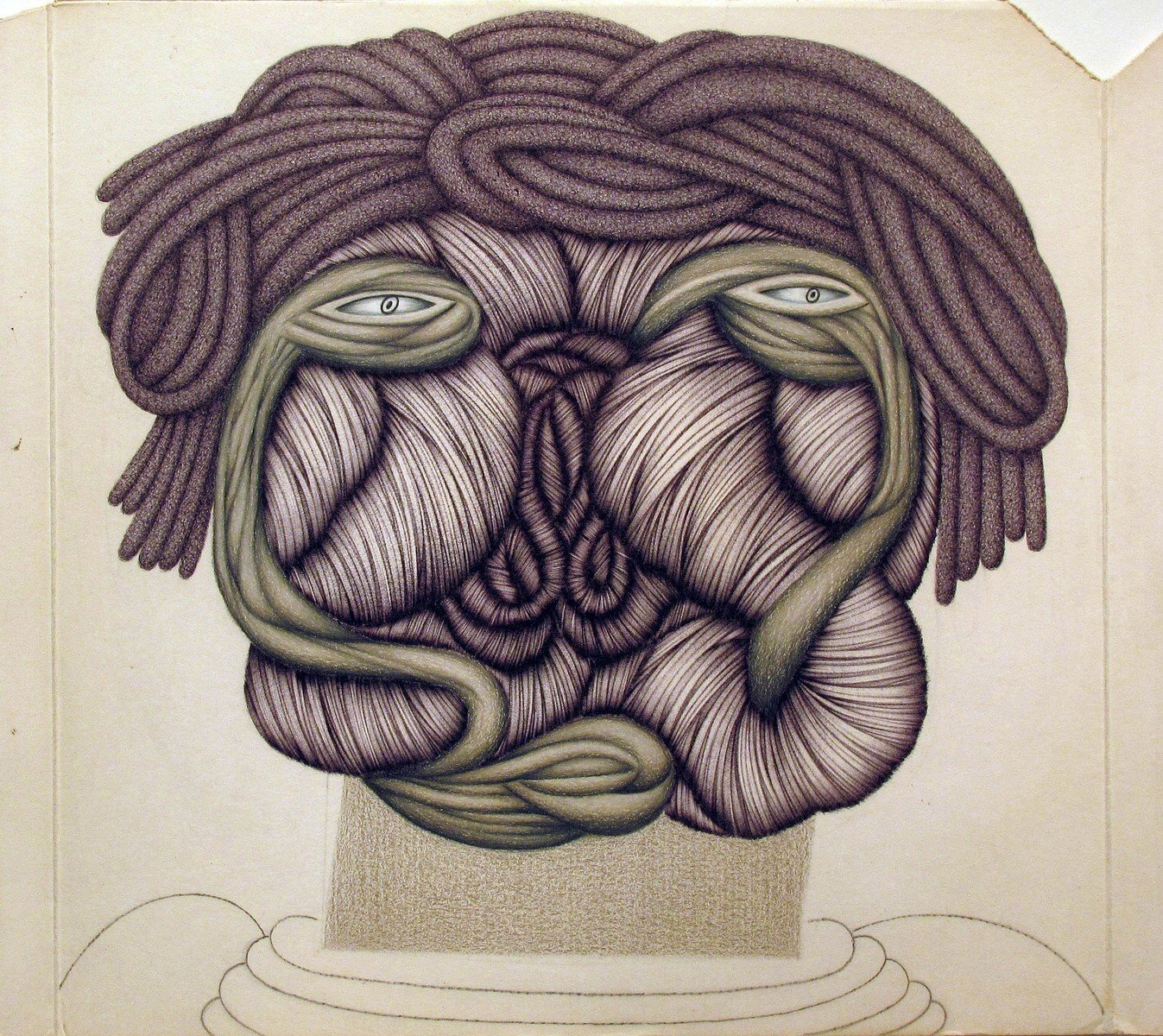 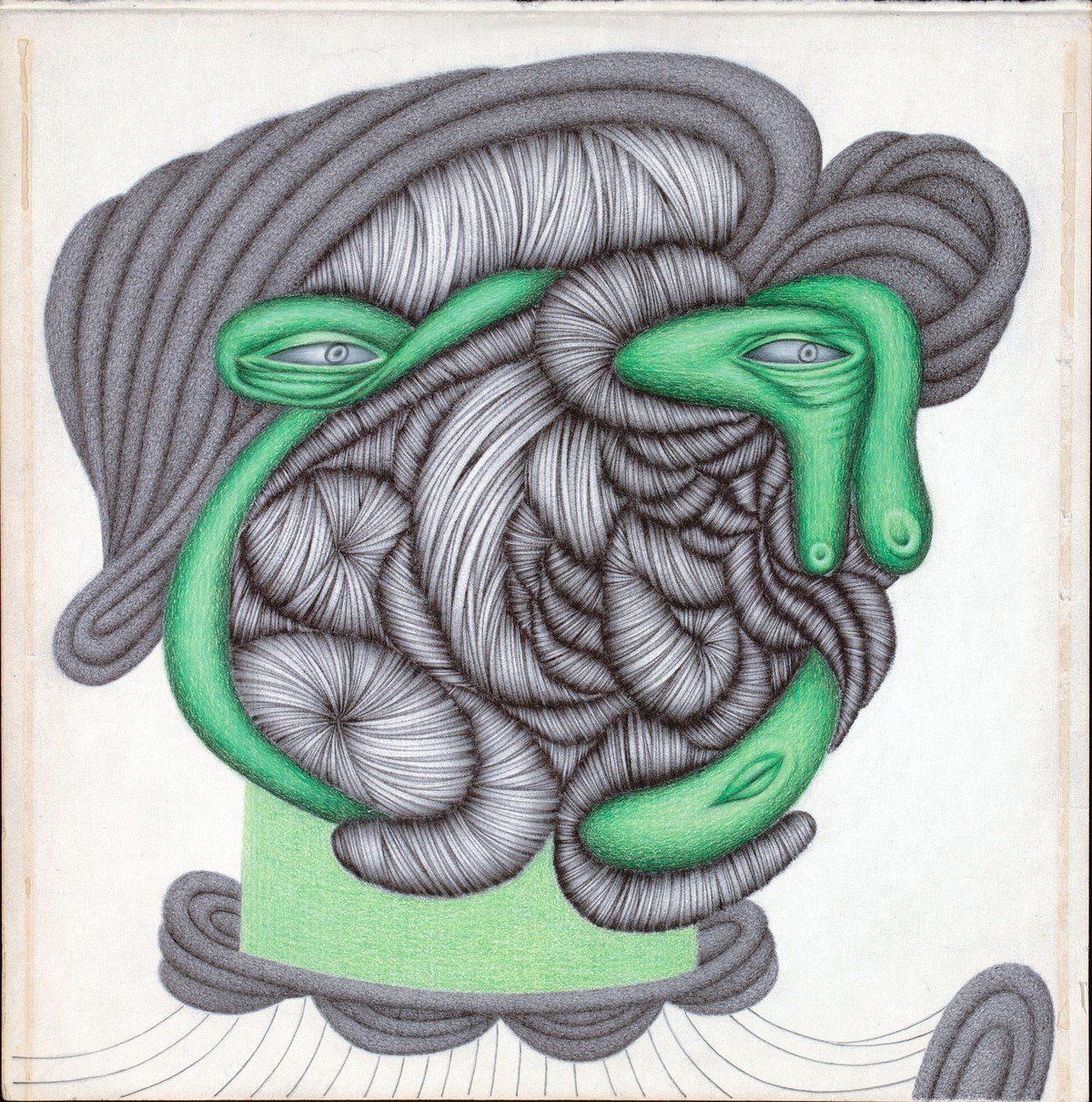