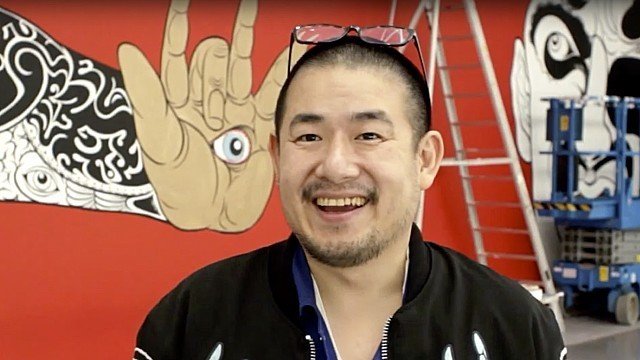 Born in Chiyoda, Japan, Katsumata is a self-taught artist. Drawing on what he calls “inspiration from inside,” history and his immediate surroundings, he creates artworks across a range of formats, from small-scale drawings to wall murals, music videos or album sleeves. Monsters, warriors and morphed mythological beings feature heavily in his pieces, and part-human fairytale figure Hanauta (meaning “humming”) has been present in his works since 2003.

Katsumata has been exhibiting in Japan since 2002, and has participated in group shows in Brazil, USA and Holland, among others. A veteran of the BCTION movement, which occupies buildings due for demolition, filling them with artworks and opening them for public viewing, in 2014 Katsumata was among the 70 BCTION artists who transformed nine floors of an empty office building in Kojimachi, Japan.

His first solo exhibition in the USA was held in 2015, and in the same year Dundee Contemporary Arts, UK, hosted his first individual museum show. 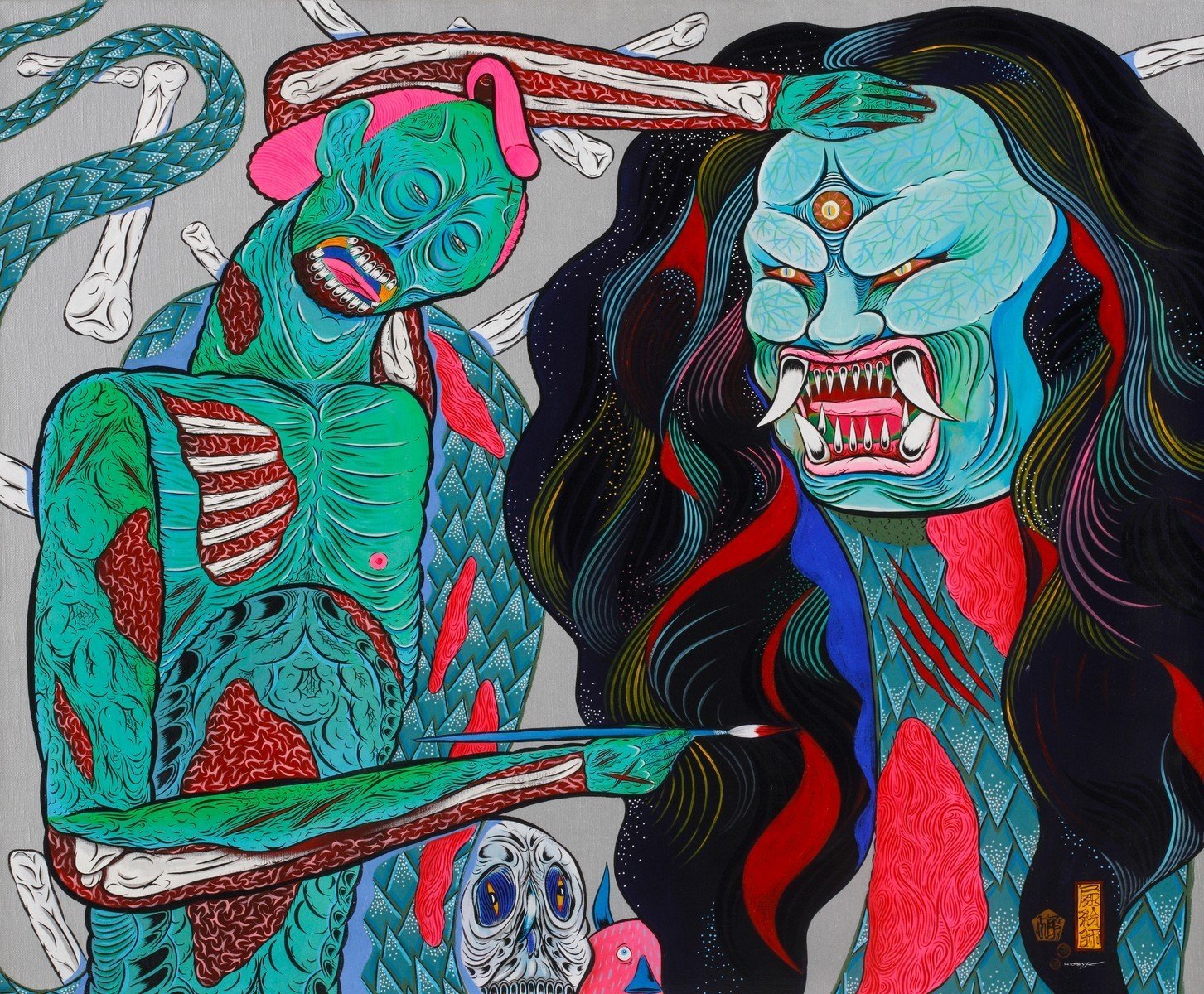 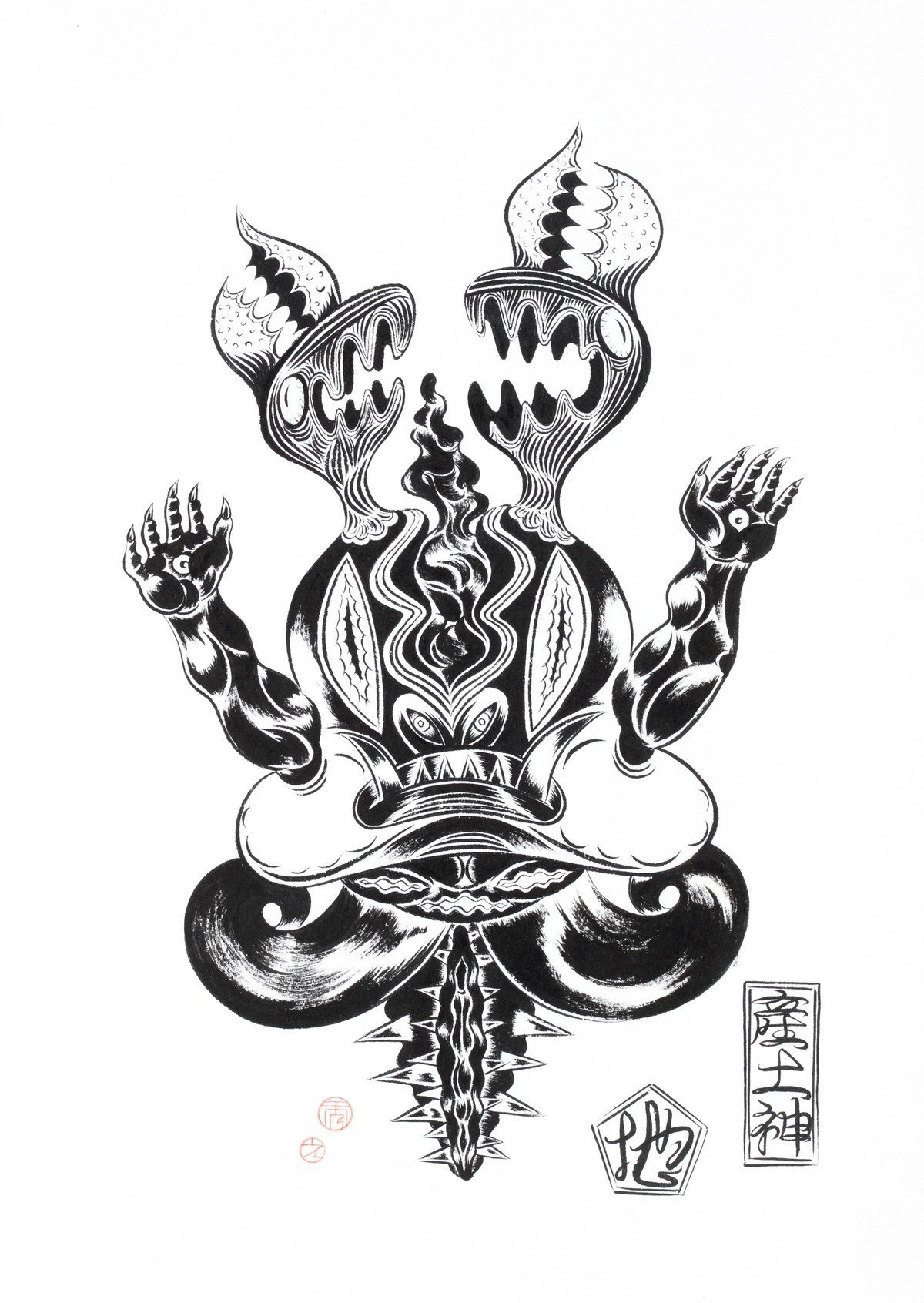 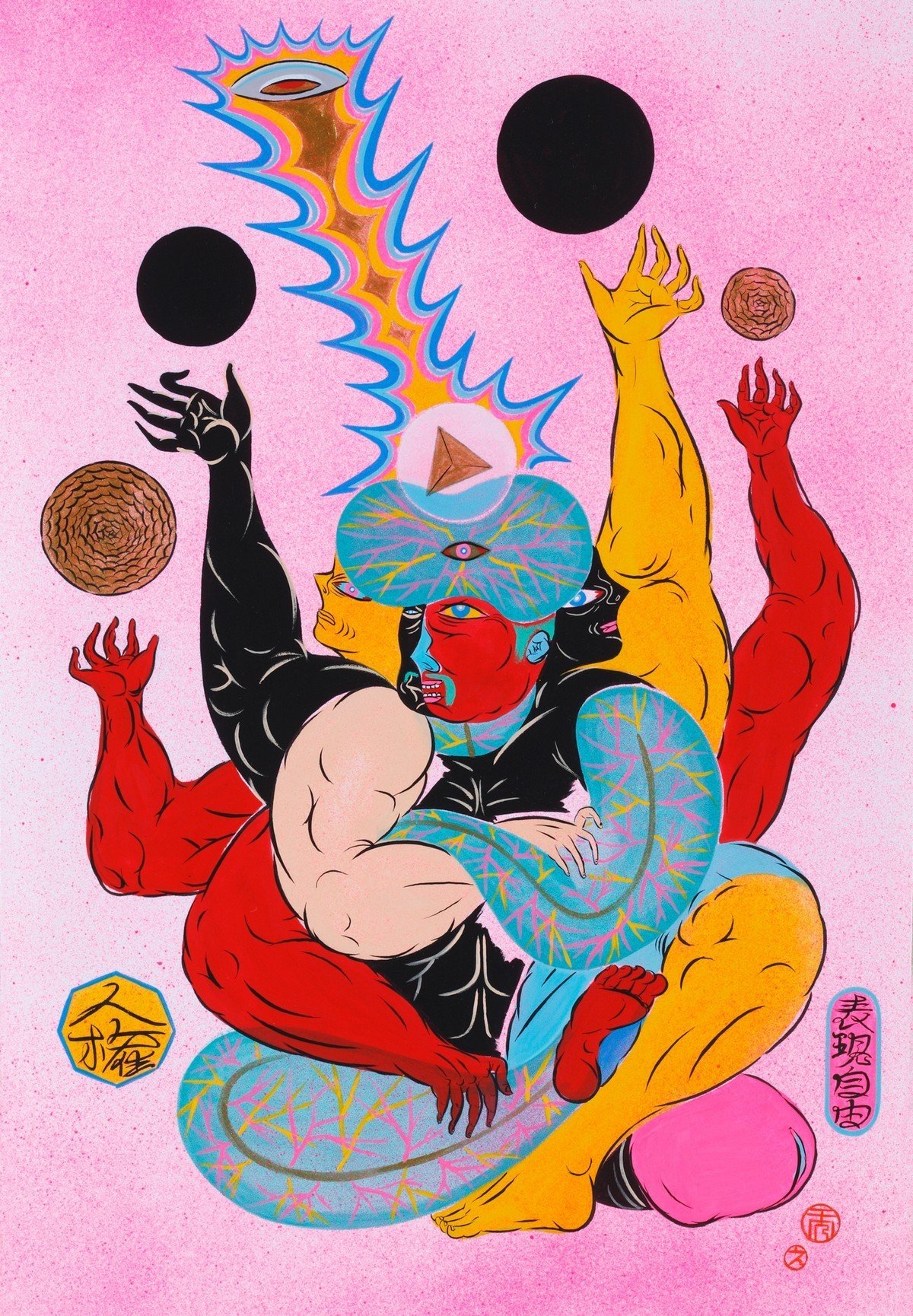 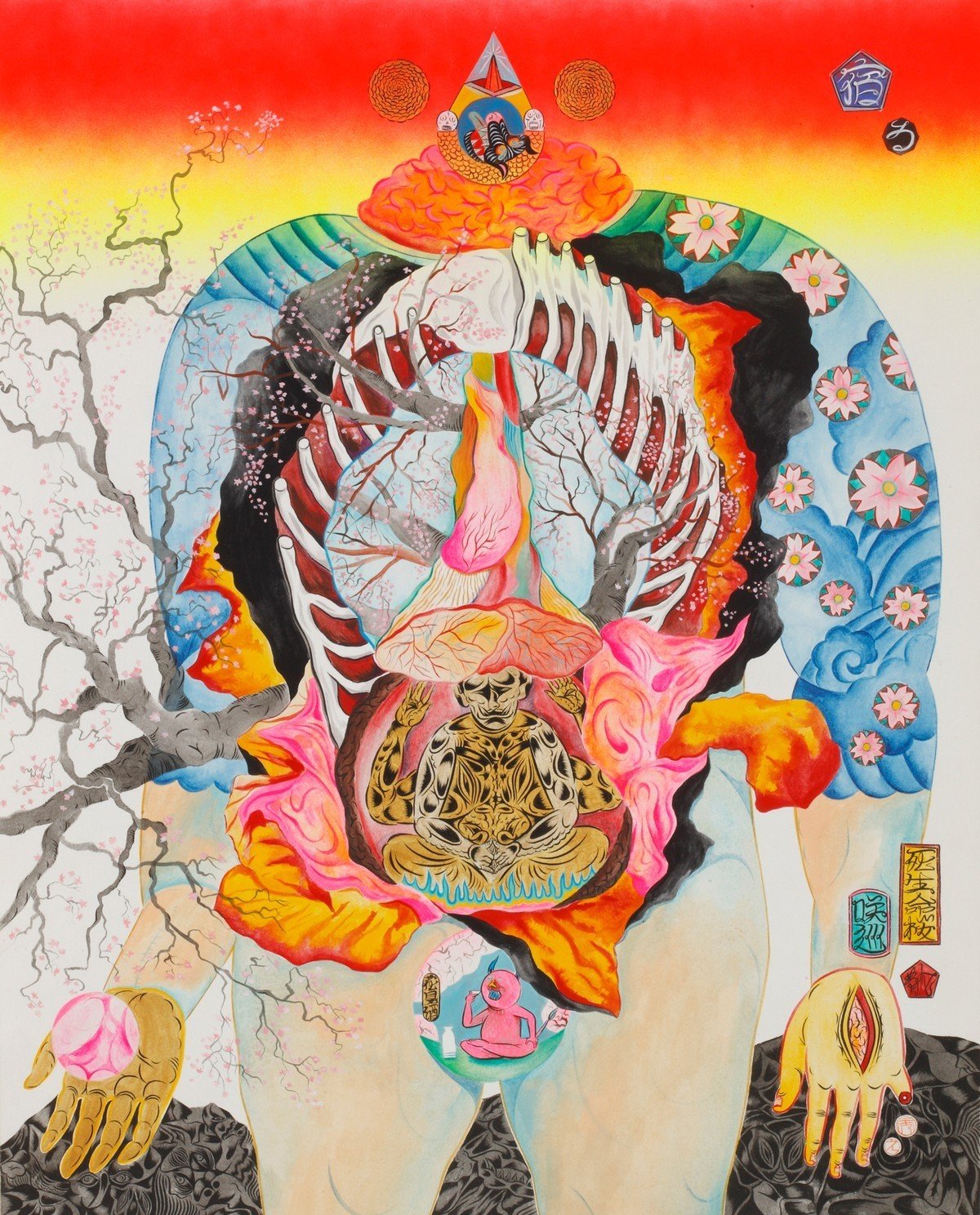 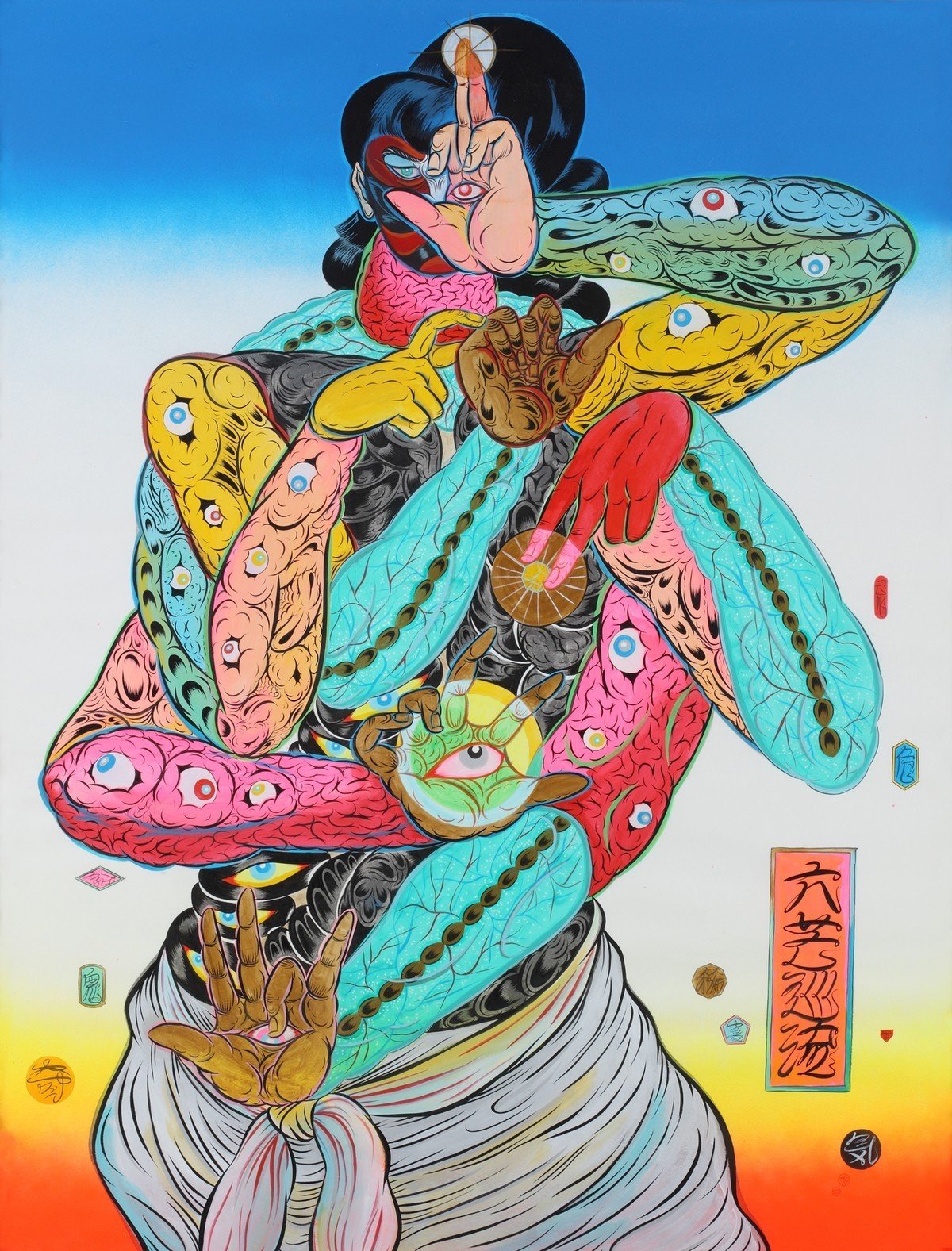