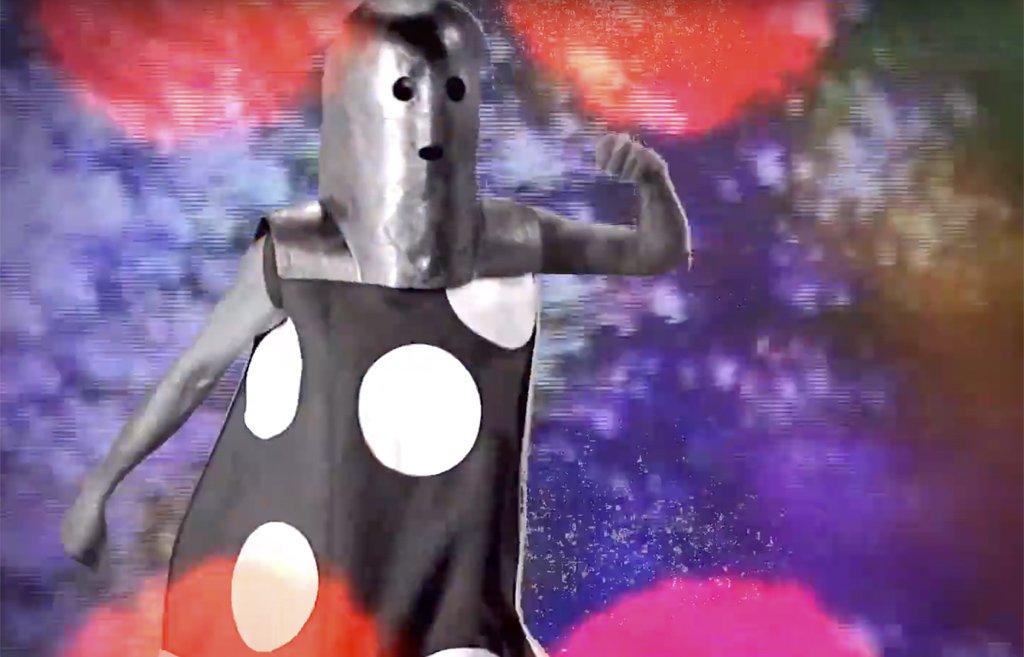 Although best known for his drawings, Marcel Dzama is certainly no newcomer to film. His latest video, for the indie rock group Spoon, oozes the distinctive, Dada-inspired style that has earned his work a place in top-notch collections including MOMA, New York and Tate Gallery, UK.

Dzama’s creation for Can I Sit Next to You, from Spoon’s forthcoming album Hot Thoughts, treads an elegant line between the comic and the macabre. Animal masks, spotted costumes, a Machiavellian jester and a fateful game of chess all make for a surreal video-gem that’s trademark Marcel Dzama.

This new work recalls Dzama’s silent film, Une danse des bouffons, an absurdist drama tracing one woman’s attempt to rescue her lover — the artist Marcel Duchamp — who is being held captive and tortured while made to recite chess moves. The 35-minute piece was created in 2013, when the Toronto International Film Festival invited Dzama to pay tribute to David Cronenberg, and is a masterful blend of historical referencing, nightmarish imagery and incisive political comment.

The Dada movement, which emerged amid the brutality of World War I, has often been cited as a key influence by Dzama, yet more prosaic factors, such as his Fisher Price camera and family’s inability to act, also played a part in shaping his approach. As he explained recently to Juxtapoz magazine, “I’d just make films in my room. I would always make the costumes and had my sister, uncle or dad be the actors. And they weren’t actors, so would always smile if I was filming, so I’d have to put a mask on them. That’s how my style of film was.”

Appropriation, pragmatism and a unique personal twist. As his latest creation for Spoon goes to prove, Marcel Dzama’s video works are well worth discovering.