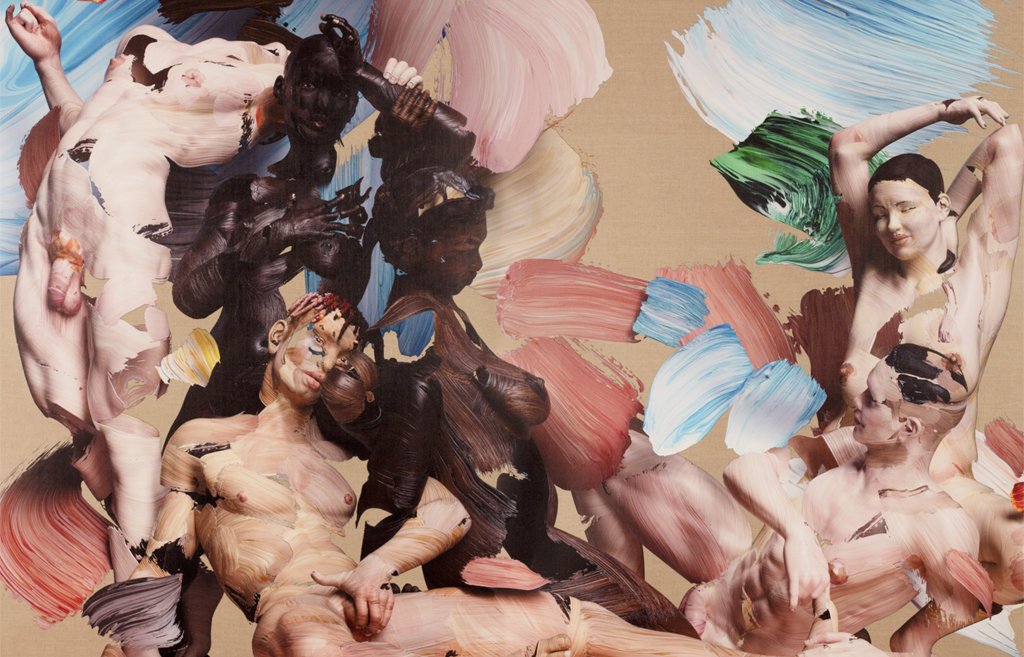 Colección SOLO co-founder and curator David Cantolla is clear on what he’s looking for: “Artists in touch with contemporary popular culture, a blend of local and global influences, of tradition and modernity…and the ideas that connect us all as human beings.” At Miami Art Week 2016 there was no shortage of works to fit the bill.

Matthew Stone has been an influential figure on the London art scene since the early 2000s, working across painting, sculpture, photography and performance. “It’s about interconnection and optimistic visions of social interaction,” says the artist, whose most recent creations see hand-painted brushstrokes meet 3D technology to create impressive renderings of bodies intertwined. Stone has exhibited work at the Venice Biennale and Tate Britain, among others, and Colección SOLO is delighted that his large-scale piece, The Fear of Not Being Respected now forms part of its permanent collection in Madrid.

Another artist who blends age-old skills with modern-day media is Geng Xue. A graduate of the Central Academy of Fine Arts in Beijing, Xue creates exquisite porcelain sculptures — such as Cadifu’s Mother, acquired by Colección SOLO — then brings them to life through video works such as her award winning stop motion film, Mr Sea.

Canadian newcomer Laurence Vallières also started out in ceramics, but soon turned her attention to a completely different kind of material. Using recycled cardboard, she creates large scale animal sculptures — Screaming Gorilla is a superb example — that manage to make an emotional connection and a political point, yet at same time are infused with a healthy dose of fun. There’s the occasional touch of humour in Joakim Ojanen’s works too, although his textured forms err on the side of tragicomedy. “It’s usually pretty melancholic but with glimpses of something happier,” says the Swedish artist behind Happy-Go-Lucky.

Miami Art Week wasn’t all about searching out new faces though. Colección SOLO was pleased to acquire pieces by artists such as Karim Hamid, Giuliano Sale and Zio Ziegler, whose work already forms part of our ever expanding collection. And from Canadian pop surrealist Gary Taxali, vintage comic style and incisive wit in Can We Stop, the artist’s largest painting to date. Inspirational artwork, then, from familiar faces and new friends; creative gems to join a collection that truly reflects the visual diversity of our interconnected world.