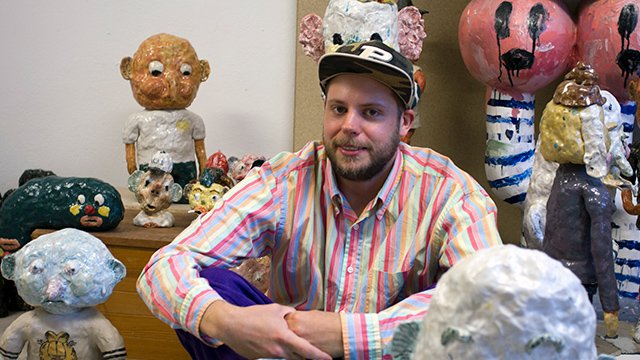 Vulnerability, melancholy and the occasional touch of humour. Joakim Ojanen’s cartoon-like sculptures ooze genuine human emotion, his textures, brushstrokes and exaggerated forms eloquently portraying a tragicomic world of insecurity and whimsy. As the artist explains, “I see my work as a diary. It’s a place for me to write down the feelings I normally keep for myself.”

Born in Västerås, Sweden, Ojanen started out in graffiti, animation and fanzines before enrolling at Konstfack University College of Arts, Crafts and Design in Stockholm, where he completed undergraduate studies and an MFA. Originally drawn to illustration, Ojanen soon developed a preference for ceramics and painting, sculpting emotionally charged pieces through precise gesture and expressive, often elongated form. “I work a lot with feelings. I would say that is the main core of my work. It’s about finding the right posture, the right eyes, smile and so on,” he says.

Since 2008, Ojanen has exhibited widely in Sweden, where his work features in the permanent collections of the Statens Konstråd (Public Art Agency), Västerås Art Museum and the Åberg Museum, among others. He has also participated in numerous group shows and held solo presentations in UK, Belgium, Germany, and the USA. 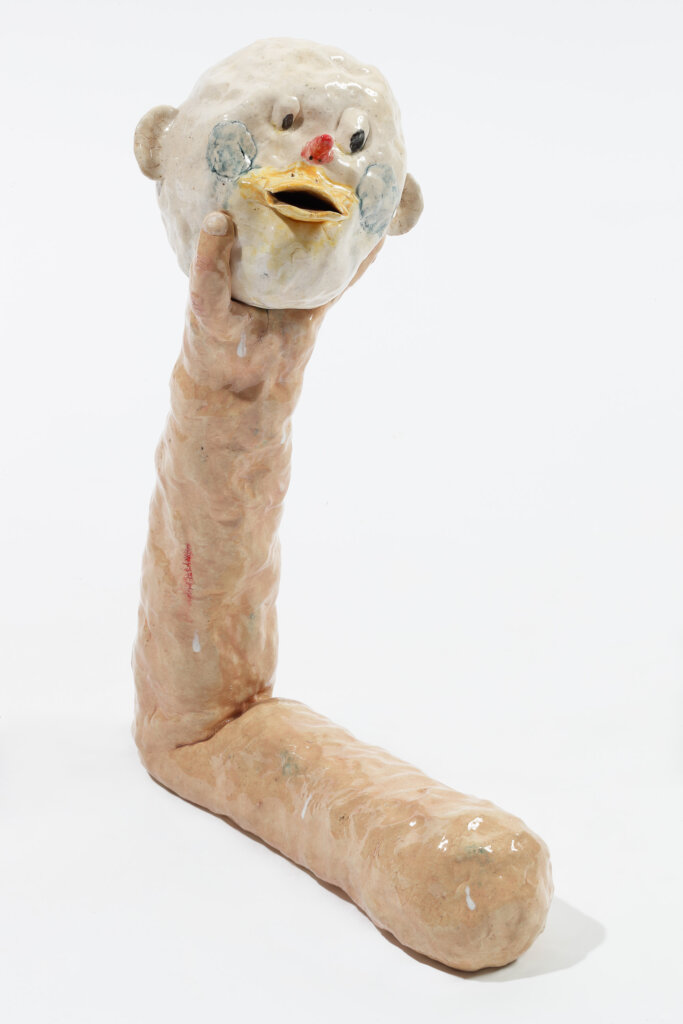 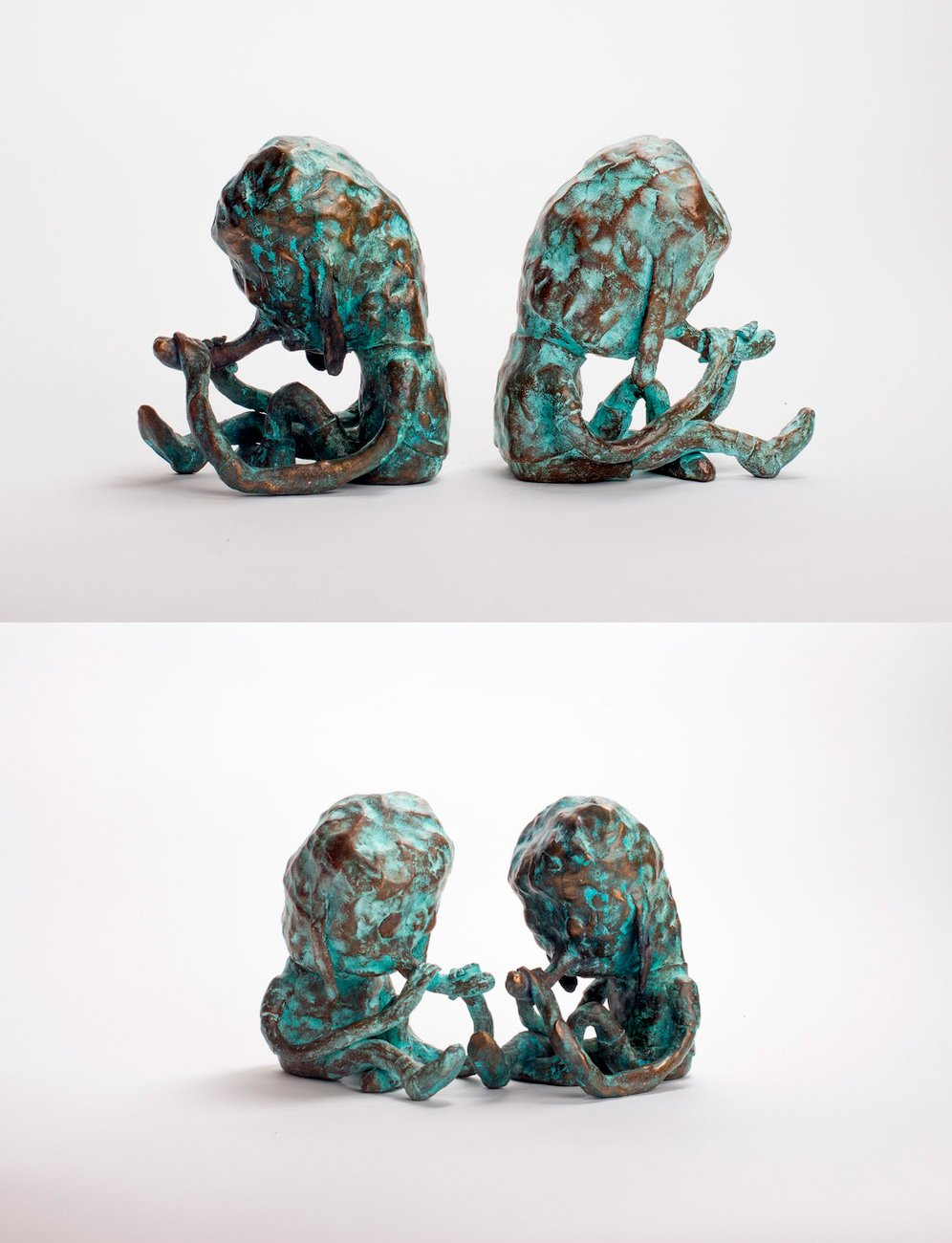 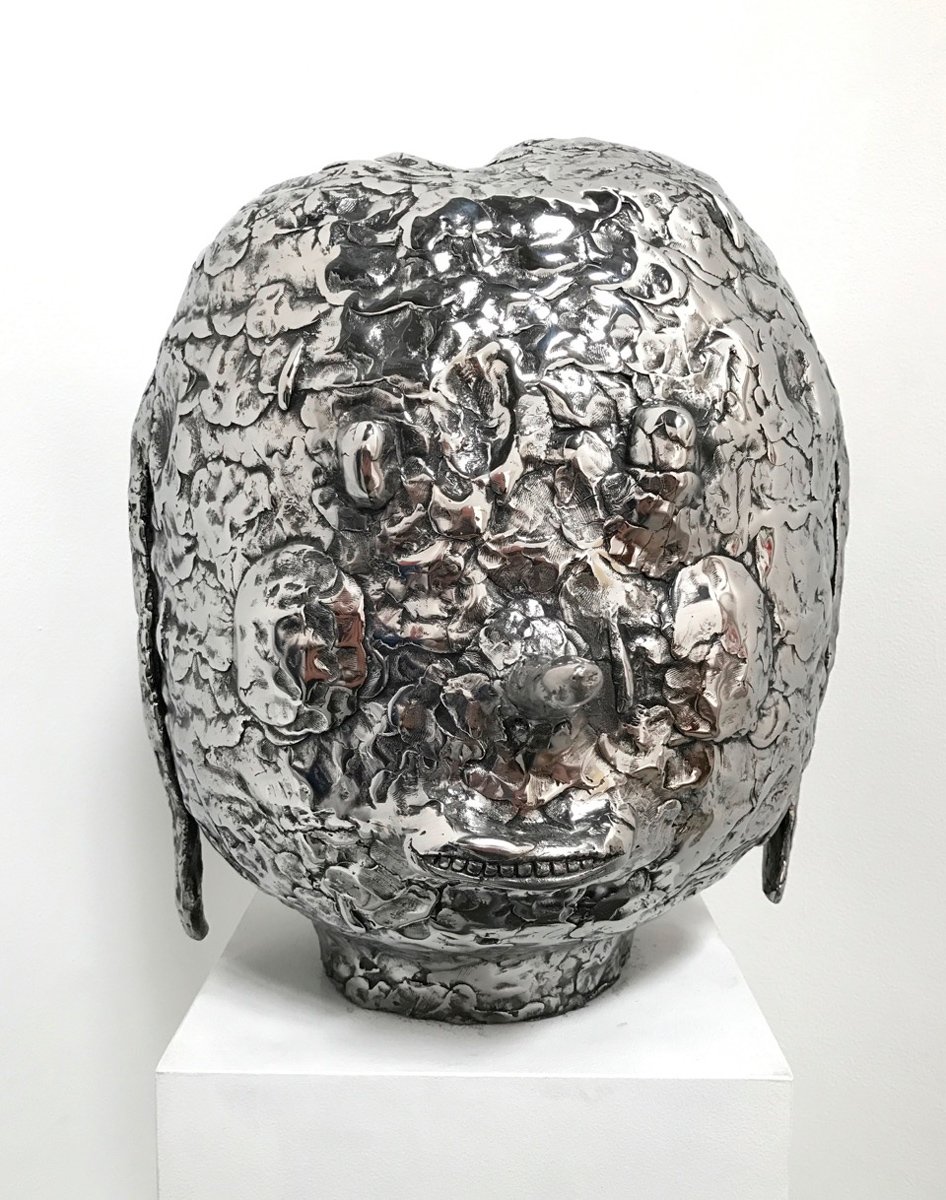