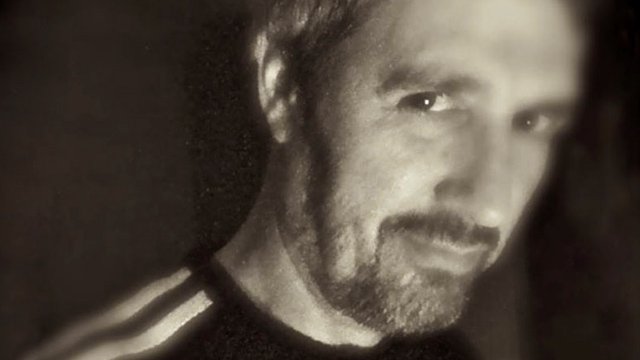 “Psychic archaeology” is the expression Karim Hamid uses to describe his paintings, alluring deviations from conventional portraiture in which the artist strips away at his subject matter to reveal their enduring inner essence.

Now based in Rhode Island, Hamid was born in Los Angeles to an English mother and Palestinian father. He earned a BFA from Brighton University, UK, before completing an MFA at San Francisco Art Institute in 1994. Since then, his work has appeared in numerous group exhibitions and over 15 solo shows in the UK, USA and Switzerland. In 2012 he was selected for the Spear’s Young Masters Art Prize, and his paintings appear in private collections worldwide.

Startling disjunctions of perspective and proportion, blurring, erasures and pencil lines suggest that the artist is exploring how far he can push abstraction without losing his original subject matter. The result invokes a different, more physical sort of memory: the way someone sits, laughs or smells. In short, portrayals of what is normally felt rather than seen.

Portrait of a Lady with Poodle 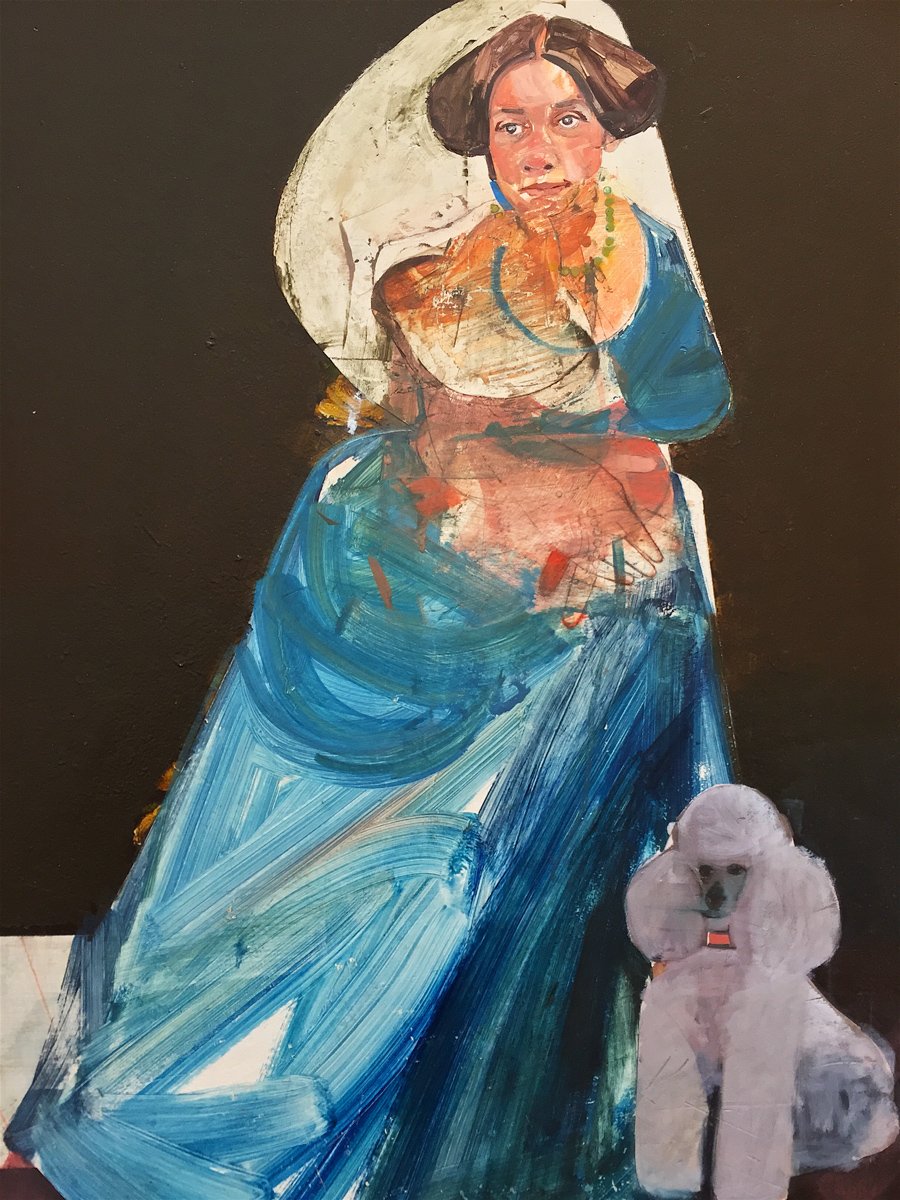 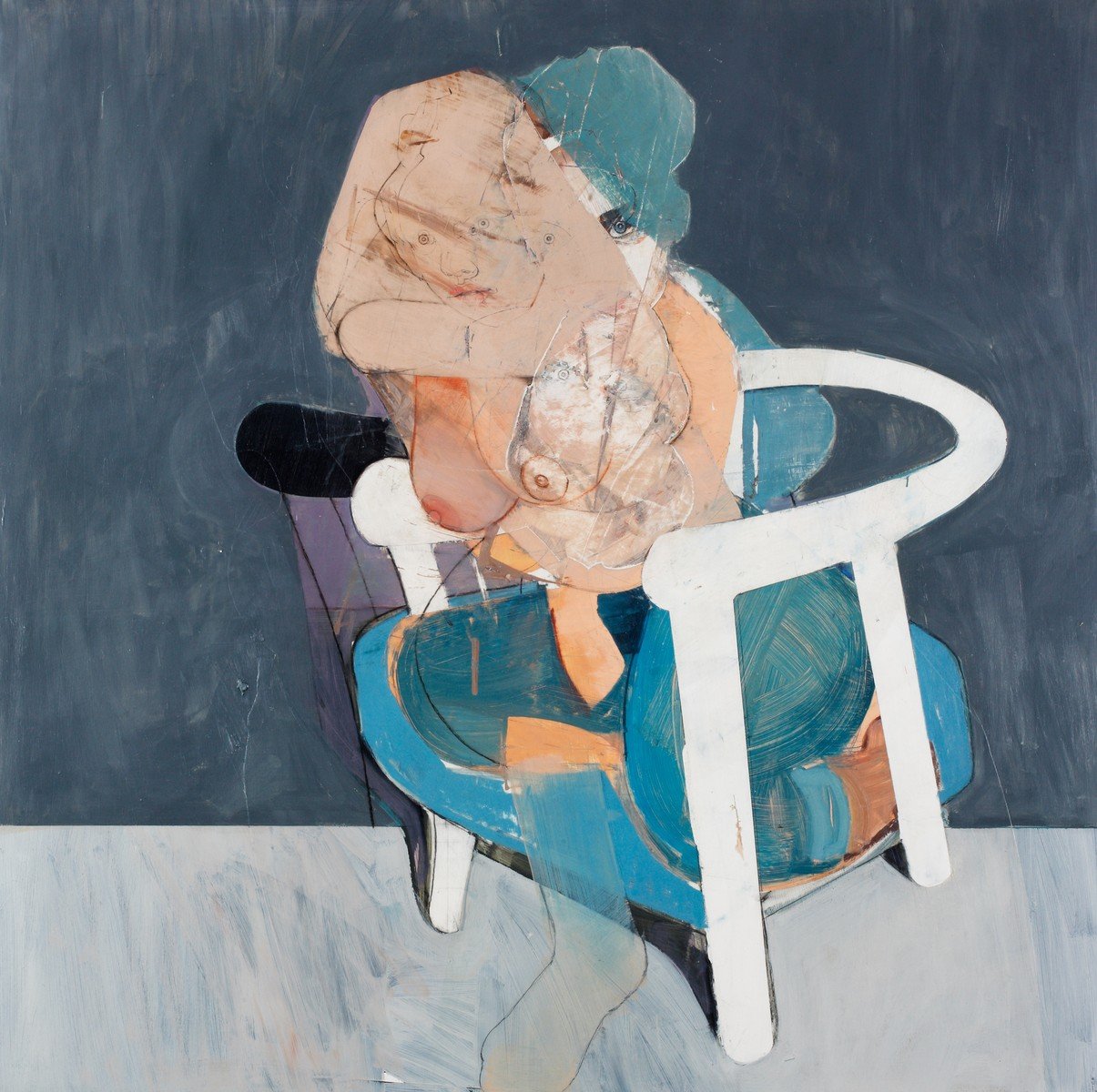