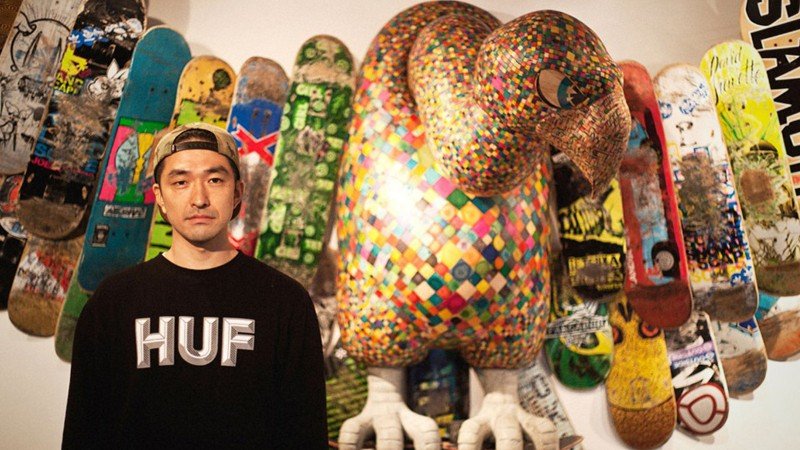 Sculptures with skateboarding souls, Haroshi’s distinctive creations are masterpieces of recycling and testimony to the skating ethos of perseverance and free expression.

A passionate skateboarder since his early teens, Haroshi uses his in-depth knowledge of board anatomy to turn broken deck, trucks and wheels into works of art. With no formal arts training, Haroshi drew on his background in accessories manufacturing and skate culture’s DIY approach to hone his particular creative method. He carefully selects and stacks the boards, then painstakingly carves and polishes them into colourful 3D mosaics.

Though his artworks reference popular images and everyday objects, Haroshi is actively aware of his Japanese roots. In a practice inspired by the 12th century sculptor Unkei, who would set a crystal ball inside each Buddha, Haroshi places a broken skateboard piece at the core of each work.

In 2011, commissioned by NIKE CEO Mark Parker, he re-created a pair of SB Dunk sneakers made from decks used by several different NIKE pro-skaters, and his work has been used in skating trophies, apparel and sunglasses. Since his first solo show in 2004, Haroshi’s sculptures have been exhibited in Tokyo, London, New York, Paris and Melbourne, among others. 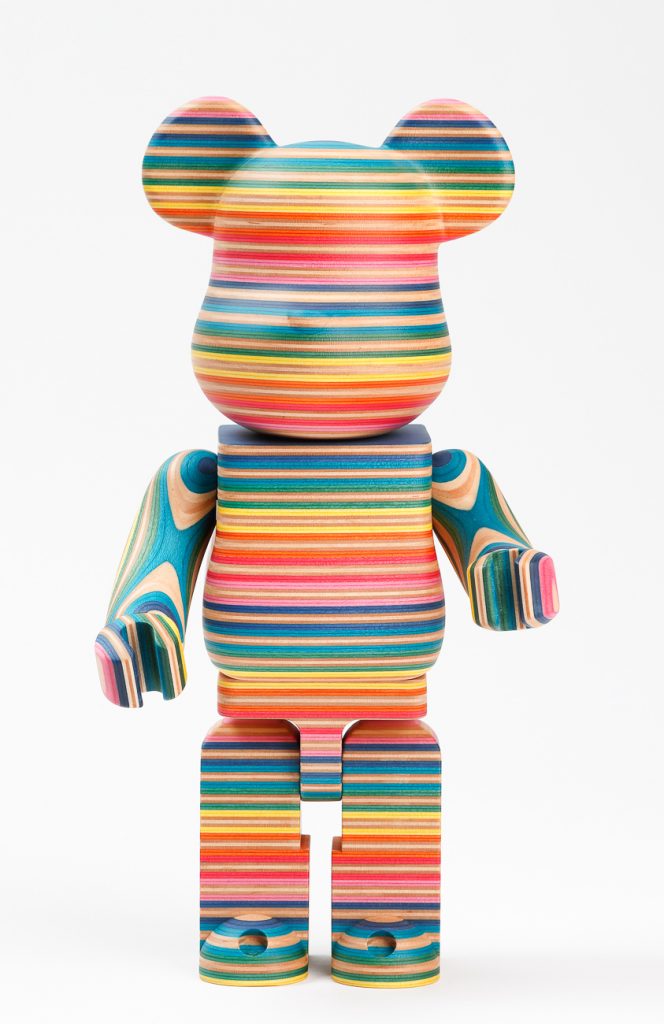 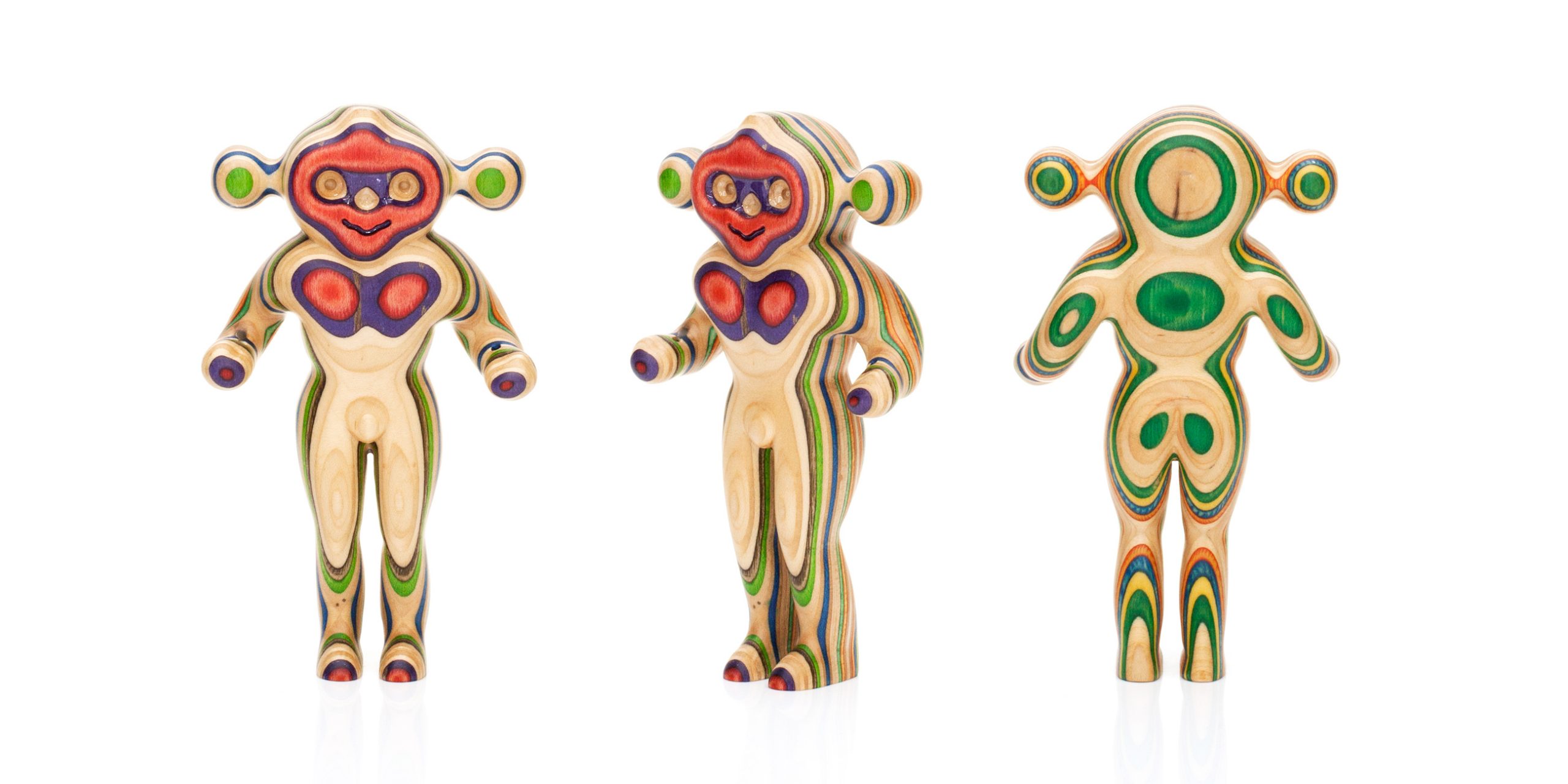 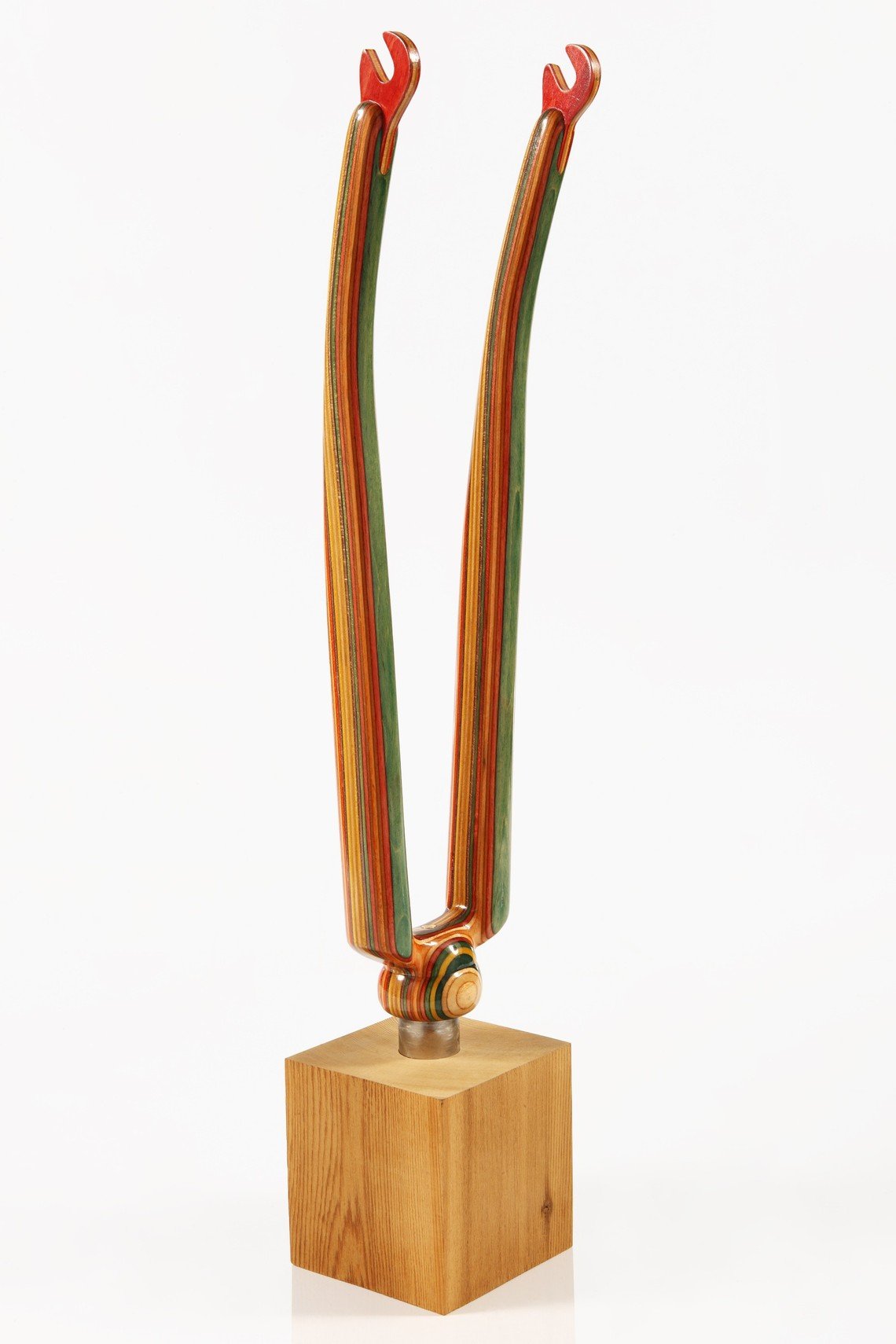 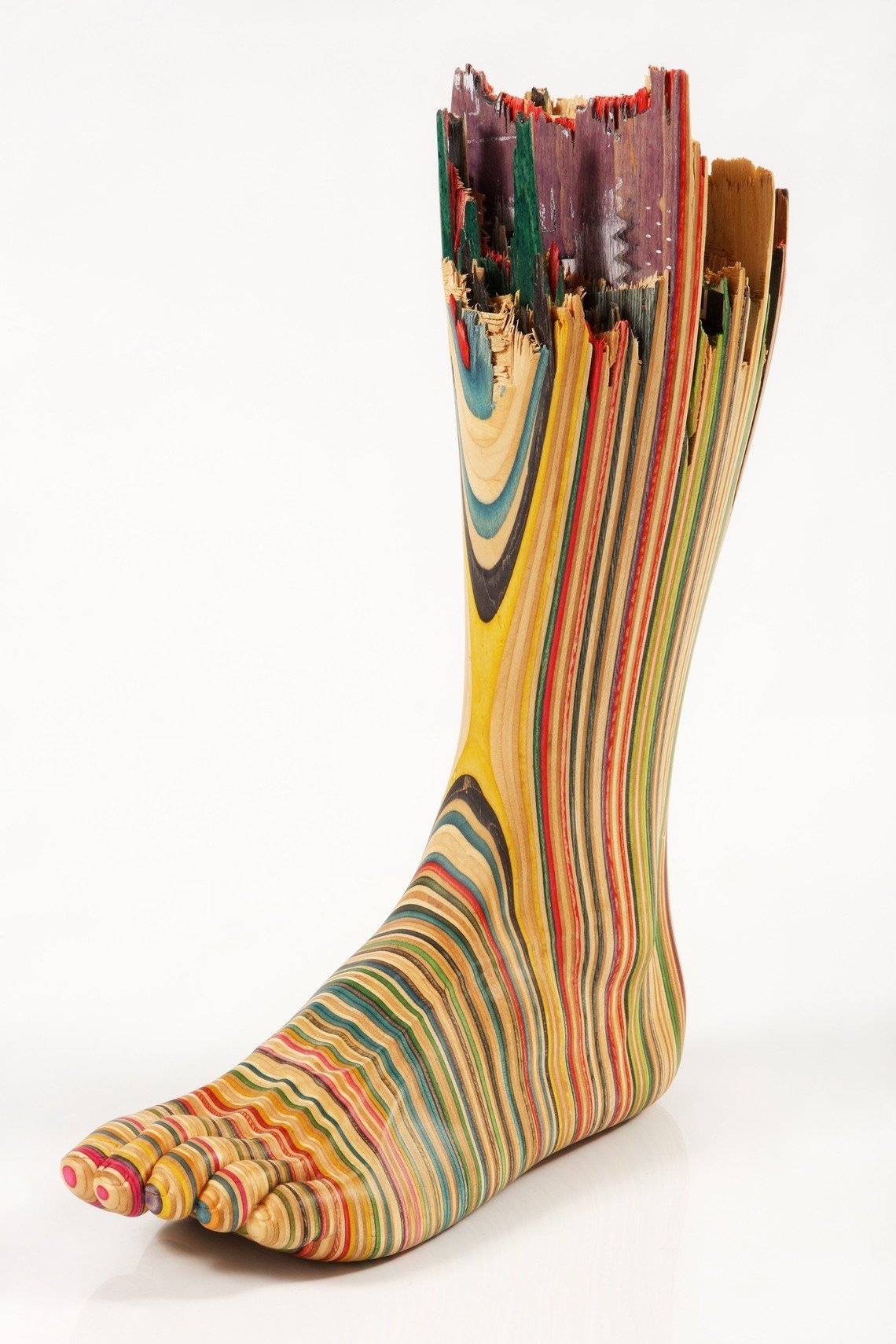