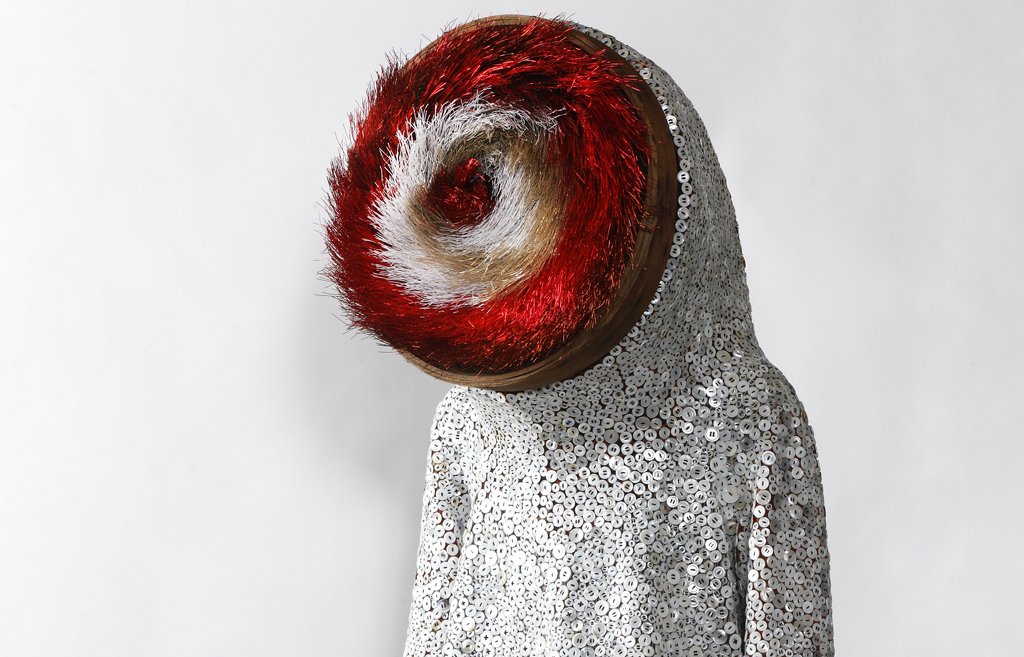 If you were a urinal, where would you rather live? In a bathroom or on a gallery wall? In 1917, Marcel Duchamp turned a manufactured piss pot into a gallery exhibit named Fountain; the work caused an earthquake in the arts establishment and is now recognised as a landmark of 20th century art. But did Duchamp ask the object’s opinion first? Or did his revolutionary stunt cause that poor urinal an existential crisis?

According to Japanese folklore, objects or tools which have reached a certain age acquire souls; they become “Tsukumogami.” So when an artist ventures into the realm of readymades, found materials and assemblage art, they’re treading on sensitive ground. Put simply, the object’s inner life comes into play.

Nevertheless, plenty of artists have taken up the challenge. Picasso turned his hand to assemblage, for example with Still Life (1914), which was made from scraps of wood and tablecloth fringing. Dada and surrealist artists created surprising works with unlikely combinations of materials, while arte povera figures such as Mario Merz used throwaway ingredients such as rags or twigs. As Jasper Johns noted in his sketchbook in 1964, the guidelines for artistic upcycling are straightforward: “Take an object / Do something to it / Do something else to it. [Repeat]”

This bold approach to materials — and their souls — continues to the present day and across the globe. And at Colección SOLO, there’s no shortage of examples: the Japanese sculptor, Haroshi, works with used skateboards, Canadian newcomer Laurence Vallières creates animal forms with surplus packaging, and Korean artist Long-Bin Chen breathes new life into discarded books.

As American artist Nick Cave explains, using found objects is about “looking at materials with a notion of option.” His wearable sculptures — “Soundsuits” — comprise a huge range of reclaimed materials, including buttons, beads, sequins, pipe cleaners, synthetic fur, ceramic flowers, porcelain birds, crocheted blankets, furniture, voodoo dolls, animal figurines, toys and dyed human hair. In the Soundsuit on display at Espacio SOLO, the top and trousers are covered in simple pearl buttons, while the headpiece is an antique sifter covered in wire hair, creating a dramatic red and white spiral. Cave is fascinated by the role of suits themselves: “I’m totally consumed by the special attire that has a powerful and meaningful purpose within a culture,” he says. His own creations serve to challenge preconceptions and push performers into uncharted territory.

Canadian artist Eric Nado explores collective experience through objects too. His Typewriter Guns, exhibited at Espacio SOLO, are rifle-like art objets made from dismantled typewriters. Key levers are reinvented as gun magazines; rollers become barrels or silencers and typewriter casings double up as stocks. “Once transformed, the typewriter guns become some sort of social commentary about words being stronger than arms,” says Nado.

In Chinese culture, meanwhile, ancient ceramics tell stories. In the work of Li Xiaofeng, those stories come in the shape of spectacular dresses and suits sculpted from shards of broken porcelain. “Rearranged landscapes,” as the artist calls them, sculptures such as Ocean Travels (2008) or Past Presence 1 (2016) are much more than items of clothing: they represent China’s most precious memories, expressed through the fusion of ancient and contemporary visual languages.

Recycled, re-assembled or re-conceived, found objects are an abiding source of inspiration for contemporary creators, as evidenced by the wealth of assemblage artworks at Colección SOLO. So next time you take a trip to the bathroom, spare a thought for the urinal. Because that everyday object might well have a soul.