Nado graduated in Visual Arts and Philosophy before embarking on his artistic career in the late 1990s. He was one of the founding members of Lezarts, Montreal’s first artists’ housing cooperative and continues to play an active part in arts promotion and education through summer schools, workshops and conferences.

Since the outset, Nado has been drawn to storytelling and the exploration of collective experience through objects. Inspired by the etymology of the word “robot” — which comes from the Czech robota, meaning “forced labour” — Nado originally set out to create robot-like figures from found objects. His ongoing series, Seamstress, sees sewing machine parts reassembled into female figures, elegant commentaries on the human experience of work, industrialisation and feminism.

In Typewriter Guns, Nado draws on the old adage “the pen is mightier than the sword,” by using dismantled typewriters to create rifle-like art objects. Key levers are reinvented as gun magazines; rollers become barrels or silencers and typewriter casings double up as stocks. “Once transformed, the typewriter guns become some sort of social commentary about words being stronger than arms,” says Nado.

Nado has exhibited in Montreal, California, SCOPE New York and SCOPE Miami, among others, as well as completing public art space commissions as an accredited artist in Quebec Ministry of Culture’s Integration of Arts and Architecture Program. 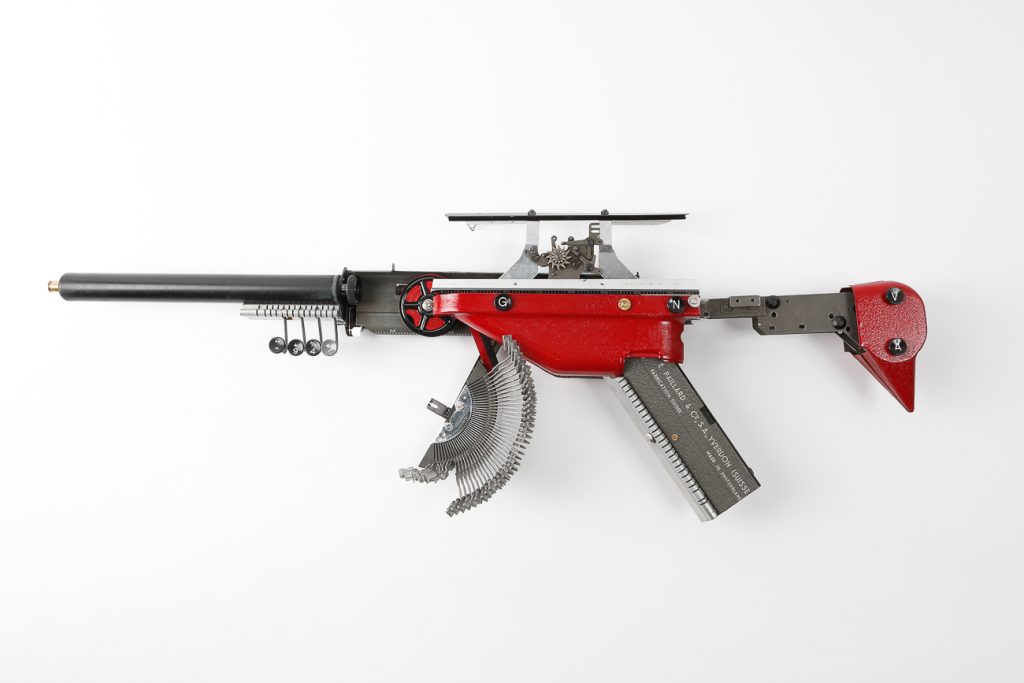 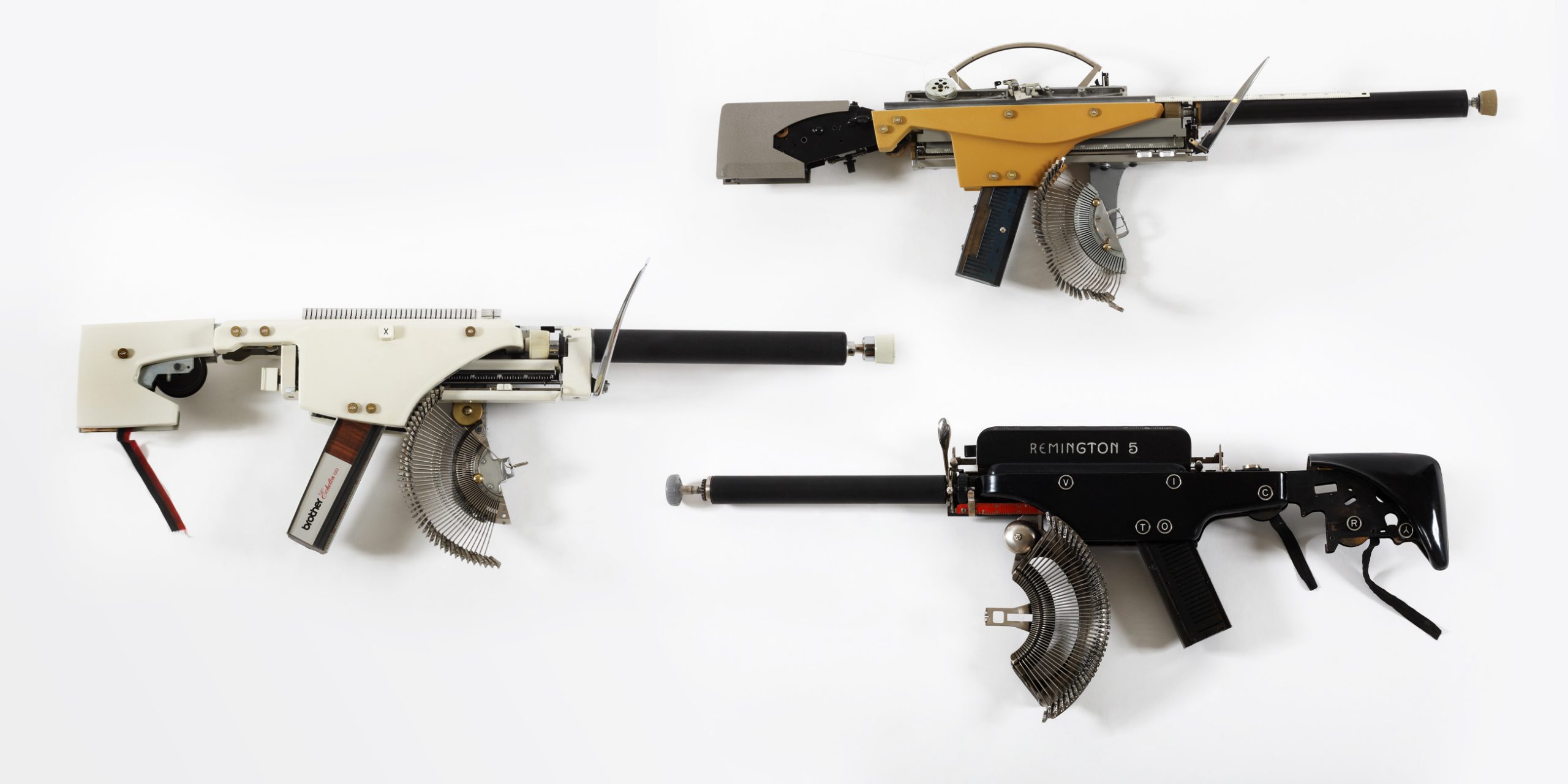