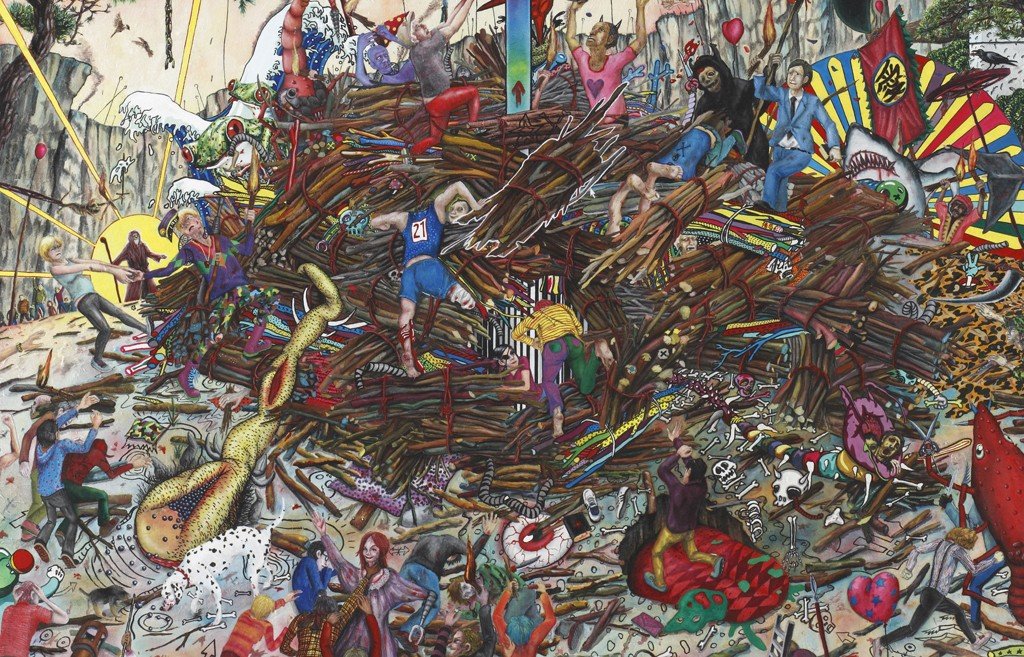 Searingly relevant after half a millennium? It’s a tall order, but there’s at least one artist who fits the bill: Hieronymus Bosch. This years marks the 500th anniversary since the death of the Dutch renaissance master and his creations remain as shocking and intriguing as ever, a source of inspiration for contemporary artists across the globe, including emerging talents from Colección SOLO.

Countless exhibitions and events are being held to mark what the Dutch tourist authorities have baptised Bosch 500 Year. A large-scale retrospective held at Noordbrabants Museum this spring drew in 422,000 visitors and the action has now moved on to Madrid, where the Prado Museum is hosting the largest ever exhibition of the artist’s work. Masterpieces such as The Garden of Earthly Delights and The Temptation of St. Anthony are among the 24 paintings on display in a show that comprises practically all of Bosch’s attributed works.

“The greatest creator of dreams,” as the poet Rafael Alberti described Hieronymus Bosch, not only continues to excite art lovers but also influences brand new work. French artist Amandine Urruty, for example, clearly draws on the Dutch master to create her characteristically busy, oddball universes. As she explained in an interview earlier this year, “To me, a finished picture is often a dense picture. I love the idea of wandering through a drawing and always finding new detail. It’s my kind of tribute to Hieronymus Bosch’s paintings.” Egg Triptych at Colección SOLO is a perfect example.

Korean artist Ryu Noah recalls the northern Renaissance too, his pieces such as Envy or Play brimming with simultaneous narratives. Noah blends pop culture references, oriental painting and Bosch-inspired compositions in challenging portrayals of modern day existence. Further evidence, if any were needed, that Hieronymus Bosch is bang up to date. And has been for 500 years.

Bosch: The 5th Centenary Exhibition at the Prado Museum until 11 September