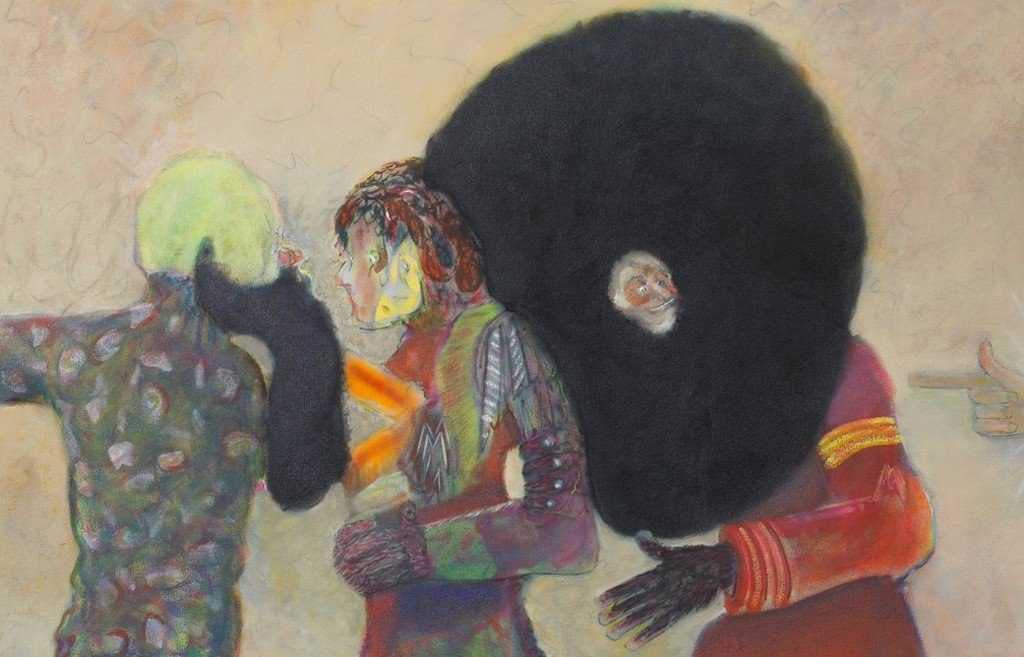 Colección SOLO is thrilled to announce the acquisition of If the Sky Could Talk (2015) by Ryan Mosley.

Described by the art critic, Michael Glover, as “one of the most inventive of the younger English painters at work today,” Mosley infuses playful, carnivalesque imagery with a decidedly contemporary air. His large-scale oils are populated with a zany cast of off-beat characters, surreal figures apparently caught unawares in snapshots from some magical suggested narrative.

Mosley takes a spontaneous approach to painting, treating his brush as a pencil to build up images with translucent wash, layer by layer. This organic process impacts on the subjects themselves. As Mosley explains, “they appear on the canvass, worked, reworked, painted over, feeding on mistakes.” An organic process with enticing results, as illustrated by works such as The Last English Poet, or Some Kind of New, which also form part of Colección SOLO.

Mosley’s creations have attracted critical acclaim since his first solo show in 2004; his work appeared in Newspeak: British Art Now at The Hermitage, St. Petersburg in 2009 and in 2015 he was the subject of an in-depth feature published in Frieze magazine. Mosley’s creations will also appear in the latest edition of Phiadon’s Vitamin series, Vitamin P3: New Perspectives in Paining, which spotlights those artists who continue to push the boundaries of painting as a medium.