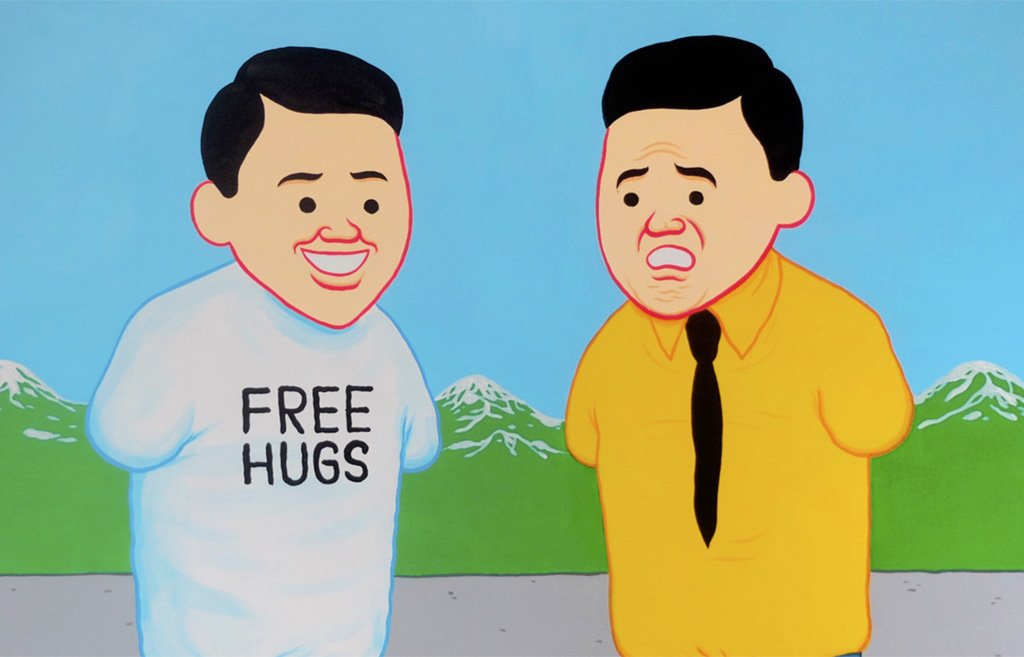 “It’s one of those gloomy things like cancer. It’ll happen to you. You’ll have a heart attack from political correctness,” said lifelong mischief maker, Peter Saul, during an interview in New York last month. No chance of suffering death by diplomacy at Colección SOLO, however, which houses works by world-class provocateurs including Saul himself, the master of Japanese erotica, Toshio Saeki, and Barcelona-based phenomenon, Joan Cornellà. What’s more, this summer is the ideal opportunity to delight in Cornellà’s pitch-black humour, as the artist hosts solo shows in New York, Paris and London.

Born in 1981, Cornellà cites the Cowboy Henk comics and drawings by the Belgian artist Brecht Vandenbroucke as influential in his decision to start sketching. As a cartoonist and illustrator he collaborated regularly with the Spanish satirical magazine El Jueves before publishing his first book, Abulio, in 2010, a work that earned him the Josep Coll Prize. Since then, his trademark six-panel comic strips and hilariously disturbing single-image creations have gained him a worldwide following.

Nothing is off-limits for Joan Cornellà. Suicide, infanticide, racism, disability, deformation and mutilation of every possible kind… The artist pokes fun at the savage underbelly of human nature, spotlighting the brutality and hypocrisy of everyday life. In work held by Colección SOLO, for example, an armless character offers free hugs, while in a recent piece featured in New York, a buxom brunette takes a selfie alongside a starving child as war rages in the background.

These hard-hitting images are delivered in cheerful colour and populated by gleefully smiling characters. There’s no script either: this is simple visual language that speaks volumes all by itself. And the message certainly seems to be getting through. Despite the occasional run-in with Facebook and Instagram, apt to remove content deemed to be explicit, Joan Cornellà has become an online star. His combined social networks (Facebook, Instagram and Twitter) have notched up a massive 6 million followers.

Those fans can feel perfectly justified in enjoying a politically incorrect joke. According to research published this year in the behavioural sciences journal, Cognitive Processing, “Black humour preference and comprehension are positively associated with higher verbal and nonverbal intelligence.” So Peter Saul was right all along: bad taste is the smart option. The perfect excuse to have a laugh this summer.

Joan Cornellà at the Arts Factory Paris until 26 August and at Hoxton Arches London from 15 September.