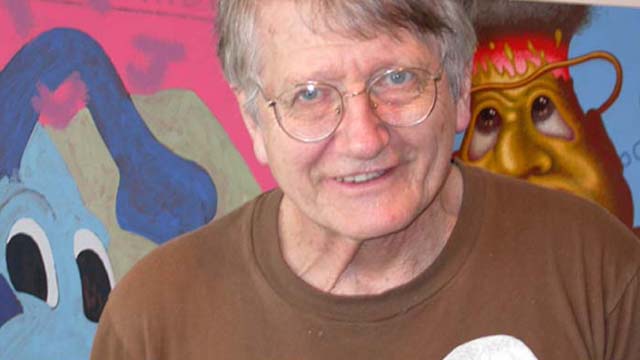 Forerunner of the Pop Art movement, pioneer in the use of cartoon imagery and cult figure for a generation of contemporary talents, Peter Saul has been shocking and delighting audiences since the 1950s. With his signature blend of bold colour, rubbery textures, acerbic humour and a blatant lack of political correctness, Saul is the perennial outsider, the social satirist ever in search of a fresh, convincing new image.

Born in San Francisco in 1934, Saul studied at the California School of Fine Arts and Washington University, St. Louis before moving to Europe in 1956. Influenced by the Abstract Expressionists but averse to existential philosophising, Saul adopted their brushy painting technique but stripped it of pretension. His Icebox series from the early 60s provides an example of the result: it would come to be known as Pop Art.

Consumerism, war, capital punishment, religious and racial hatreds; Saul tackles them all through provocative imagery in which good and evil are fictitious absolutes. Since his first solo show in 1961, over 80 individual exhibitions of Saul’s work have been held worldwide, including a retrospective at Orange County Museum of Art in 2008. In 2010 he was elected to the American Academy of Art and Letters and his paintings appear in prestigious public collections including MOMA, New York; The Art Institute of Chicago; Centre Pompidou, Paris; Los Angeles County Museum of Art; Moderna Museet, Stockholm; and Stedelijk Museum, Amsterdam.

The Origin of Soft Watch 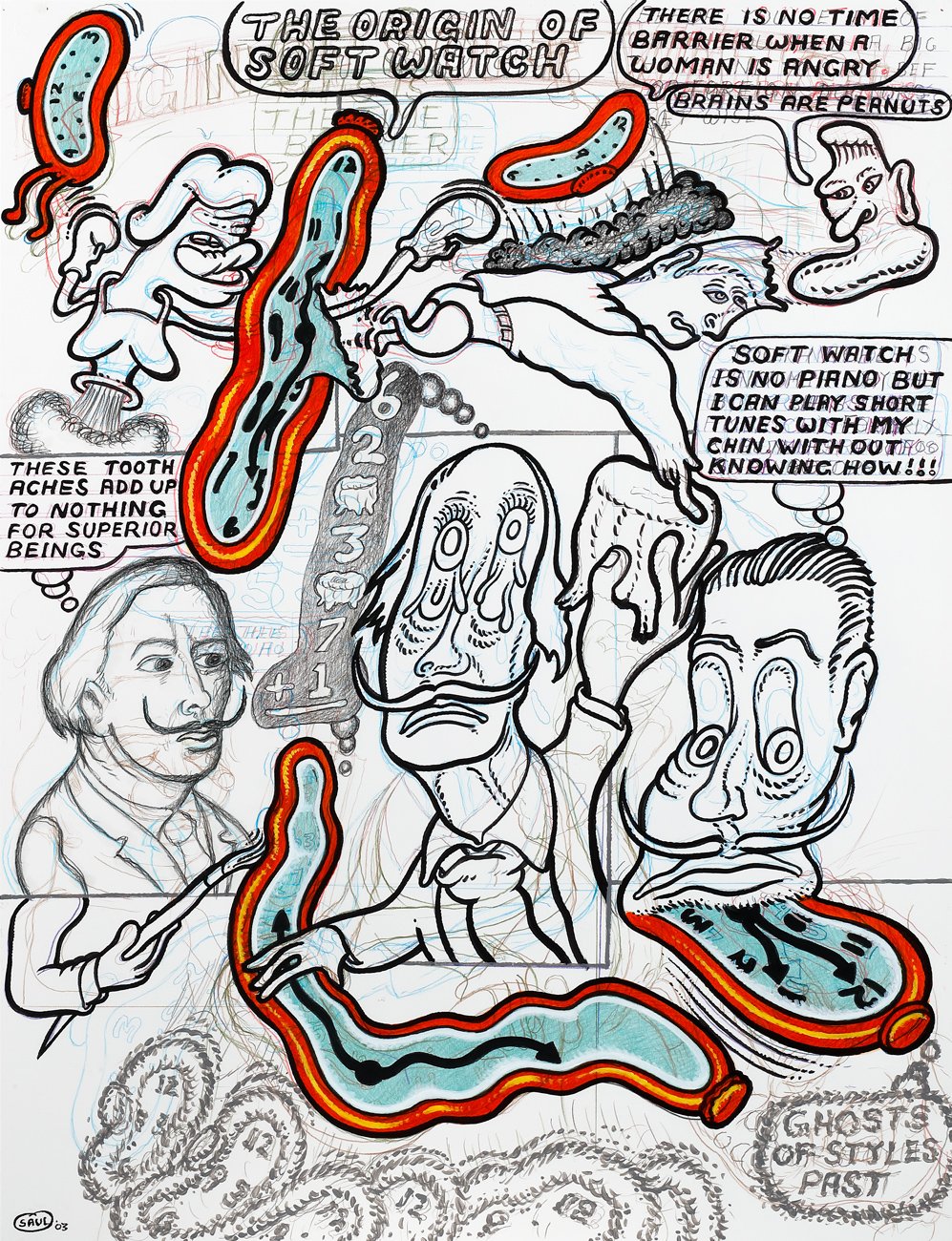 Trying to kiss my ass You must Die 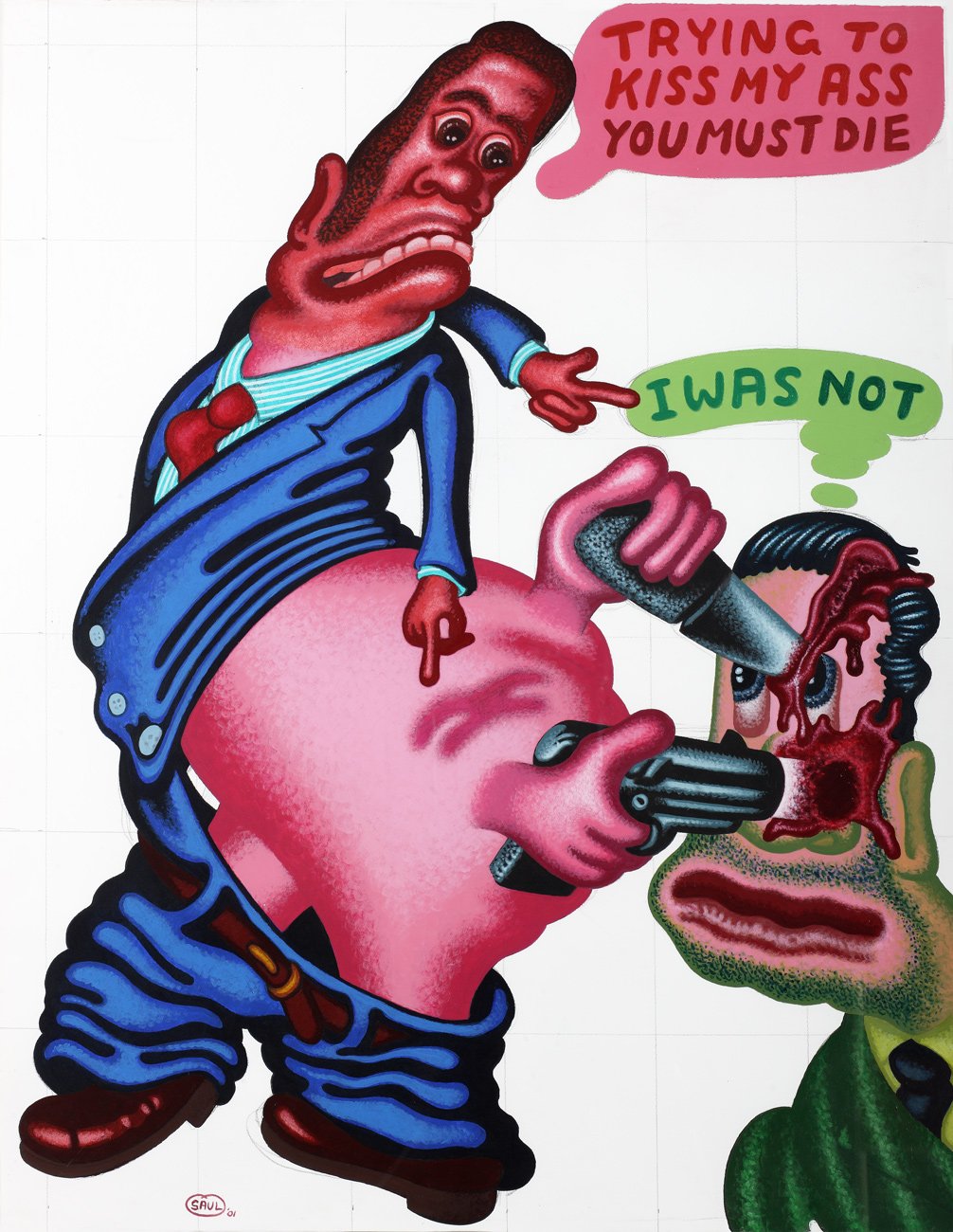 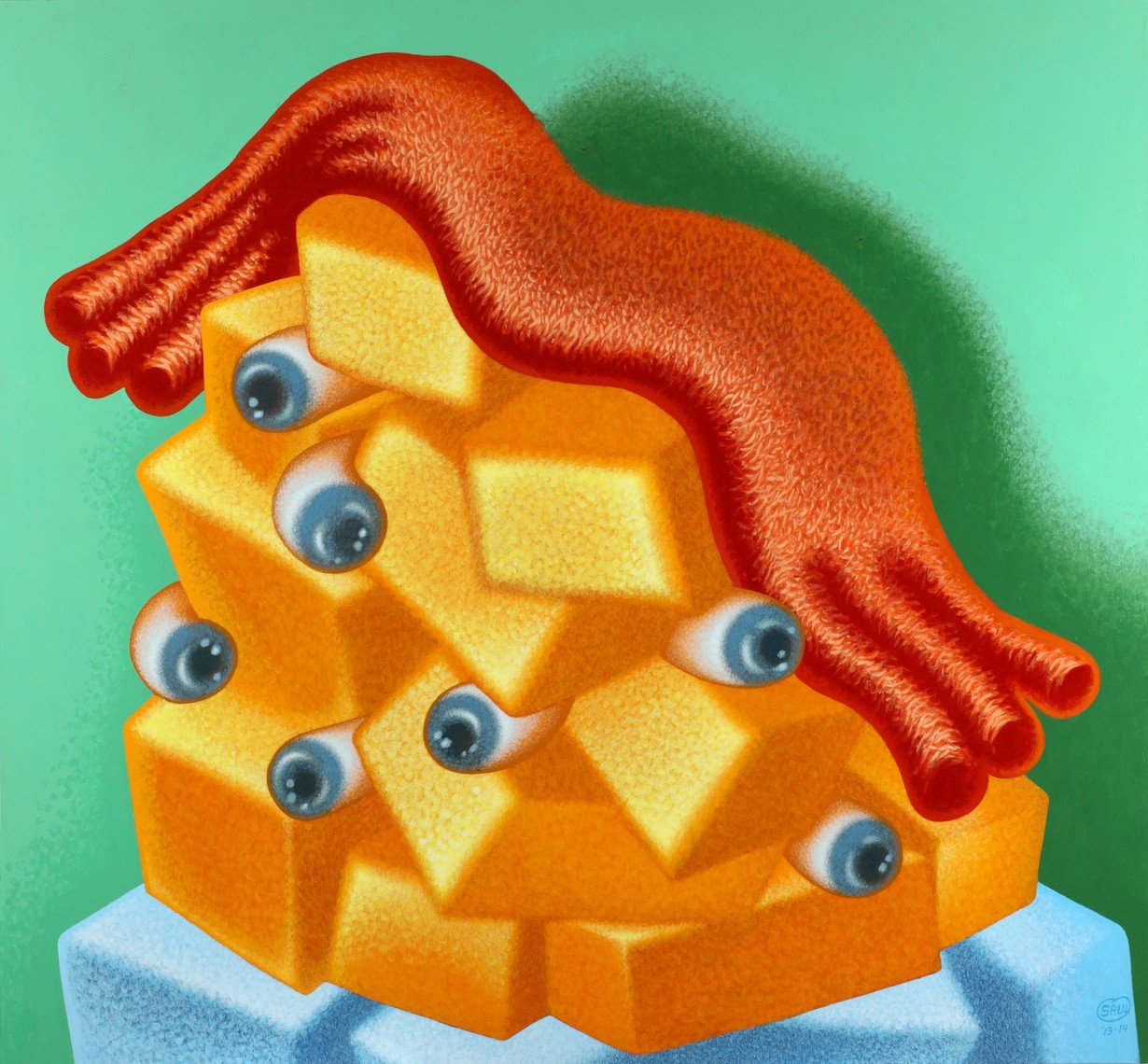