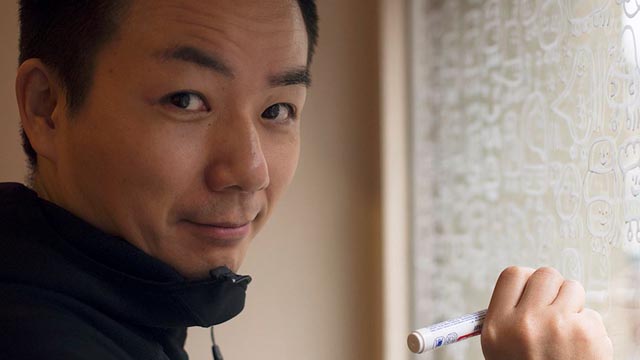 “My concept is to share my smile, for everyone to be happy,” says Japanese character artist and self-confessed drawaholic, Akinori Oishi. His trademark cheery faces, original characters and vast, playground landscapes certainly seem to prove that joy can be contagious.

Oishi studied fine arts at Kyoto City University, then multi-media at the International Academy of Media Arts and Sciences, Japan. After winning the New Talent Award at MILIA 2001 in Cannes, he moved to France to work with creative design studio, Team cHmAn. His interactive art game, OPNIYAMA, premiered at the opening of the contemporary art space, Palais de Tokyo, in Paris. In 2006 Oishi received a silver medal at the Nagasaki Movie Festival and a special mention at the Japan Media Arts Festival in Tokyo, while in 2007 he designed the mascot for Very Fun Park, Taipei. He now combines teaching posts at Tama Art University, Tokyo and ECAL, Switzerland with his personal art projects.

Manga comics, European and US storybooks, and the French film director, Jacques Tati are all cited by Oishi as sources of inspiration, while travel also has a direct impact on his work, many of his characters influenced by places he has visited. Happiness, shape, and the harmony of countless tiny details coming together; these are the underpinnings of Oishi’s hugely appealing creations. 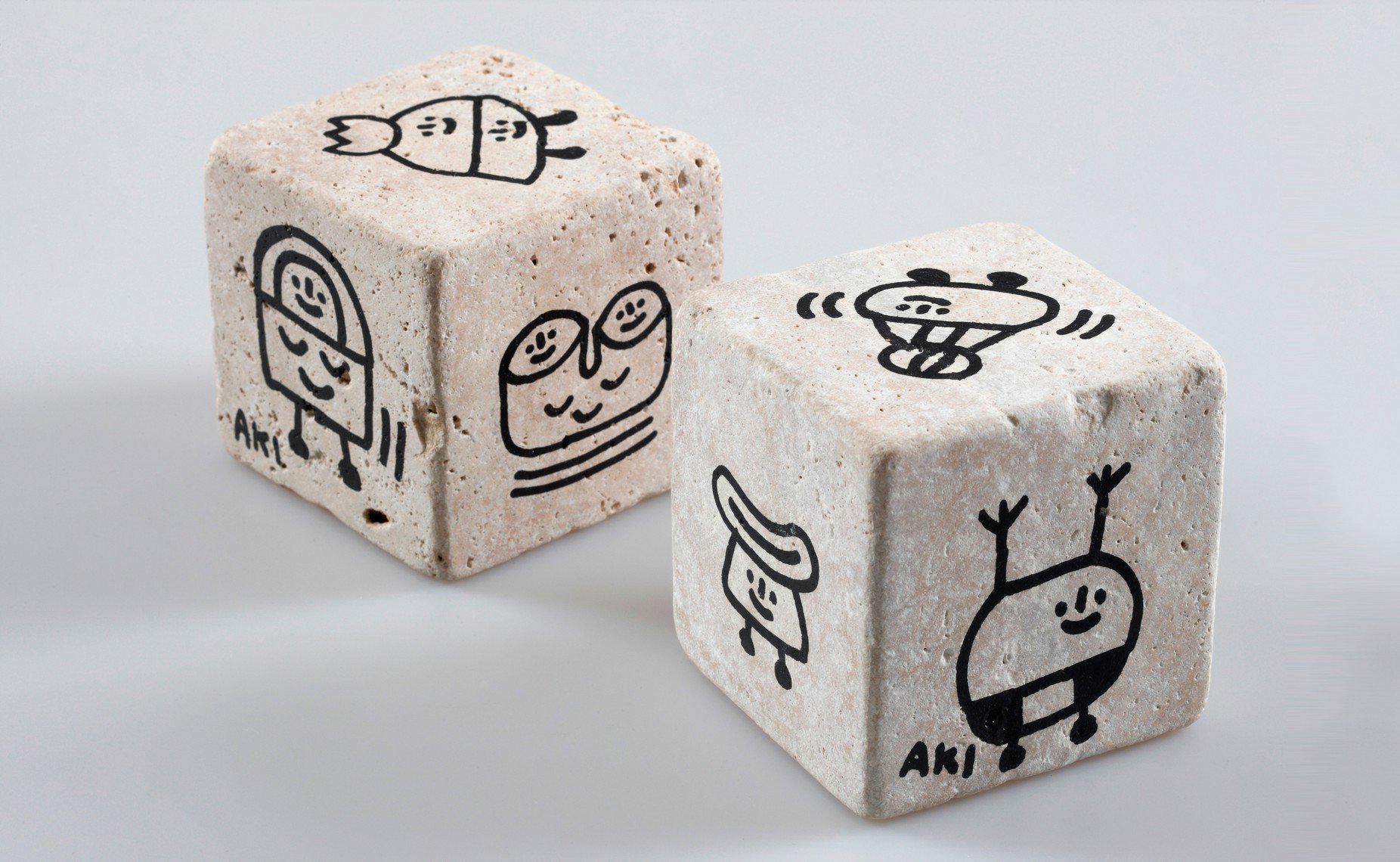