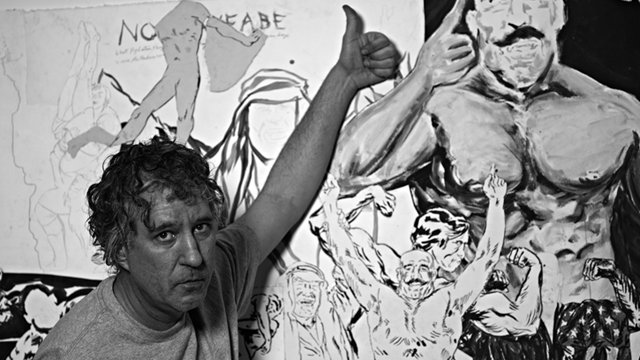 Born Tucson, Arizona, Pettibon graduated with a degree in economics from the University of California, Los Angeles in 1977. From the late 70s through to the mid-80s he was closely involved with the legendary punk rock band, Black Flag, founded by his elder brother, Greg Ginn. Aside from designing the group’s distinctive four-bars logo, Pettibon produced album covers and promotional artwork for countless other bands during this time.

Every aspect of US culture comes under scrutiny in Pettibon’s ink drawings, from art, literature or sports to religion, politics, and sexuality. Images are often combined with text, either borrowed or original, and his artwork features recurring figures such as surfers, baseball players, teenage punks, J. Edgar Hoover or the cartoon character, Grumby.

Pettibon’s work has been shown extensively in the USA and Europe since the 1980s and is held by some of the world’s leading art collections, including the Centre Georges Pompidou, Paris; Hamburger Bahnhof – Museum für Gegenwart, Berlin; The Israel Museum, Jerusalem; The Museum of Modern Art, New York; San Francisco Museum of Modern Art; Tate Gallery, London; and Whitney Museum of American Art, New York. He was awarded the Wolfgang Hahn Prize in 2001, the Bucksbaum Award 2004 and the University of Vienna’s Oskar Kokoschka Prize in 2010. 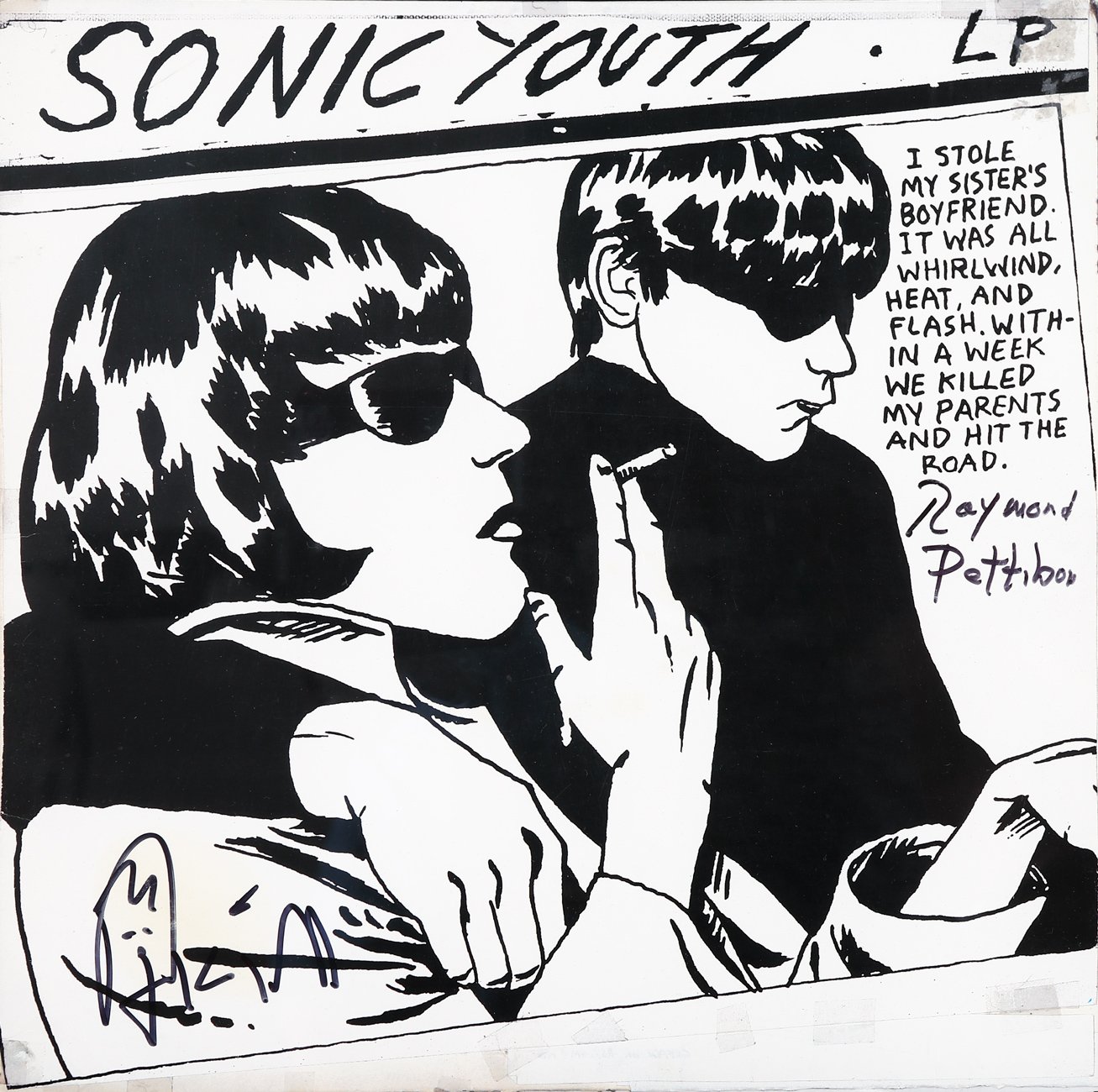 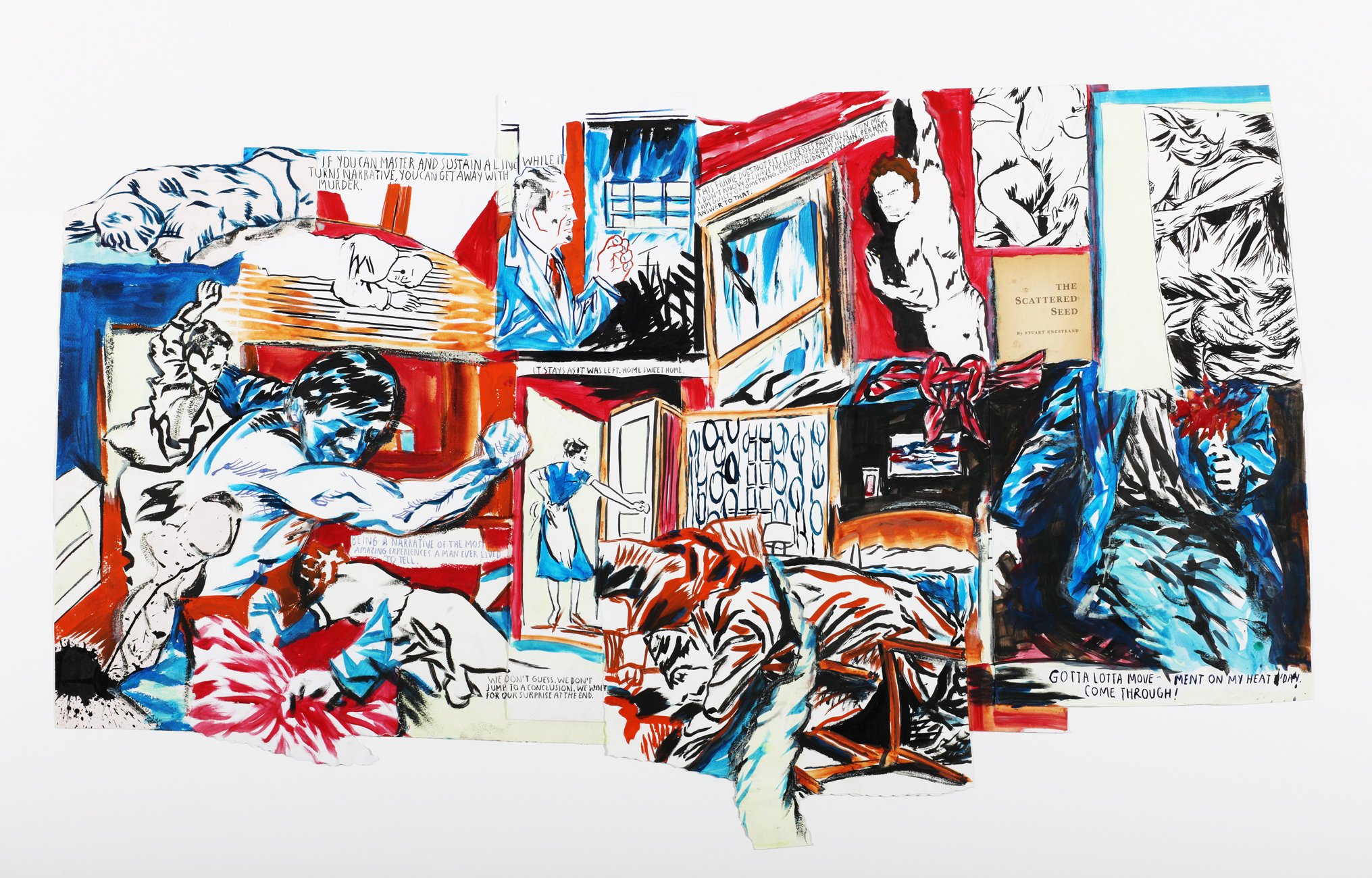 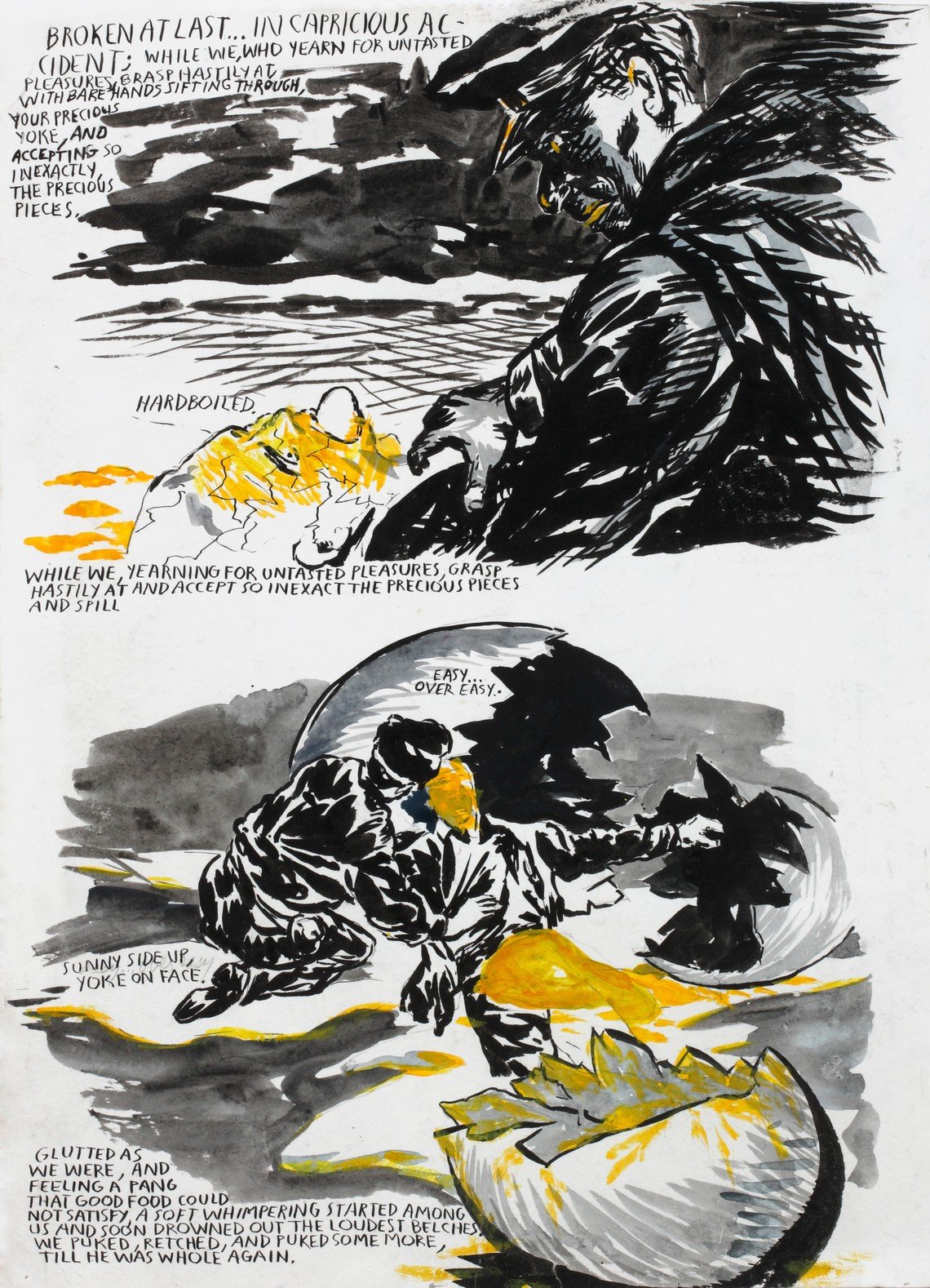