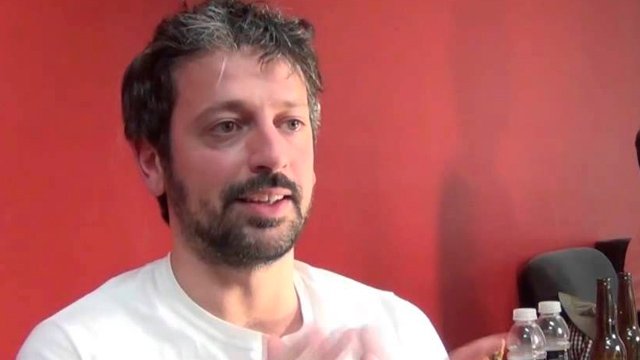 Black humour, delivered in cheerful colour and with smile. No theme is off-limits for illustrator and cartoonist Joan Cornellà, whose trademark comic strips have earned him cult status and a huge online following.

Drawing on the likes of Robert Crumb and Daniel Clowes, Cornellà has developed a simple visual language that pokes hard-hitting fun at everything from cannibalism or suicide, through to disability, drug addiction and political correctness. A jaunty, 1950s-style colour palette, blank smiles and morbidly amusing situations characterise his trademark six-panel comic strips, in which death and deformity are major themes.

Over the past decade, Cornellà has worked with a number of publications in Spain, including the satirical magazine, El Jueves, and the newspapers Diario Ara and El Periodico de Cataluña. His first book, Abulia (Ediciones Glénat) was released in 2010, earning him the Josep Coll Prize for Illustration. He has since brought out Sot, Mox Nox and Zonzo, and in 2016 hosted solo shows in the USA, Singapore and Hong Kong. 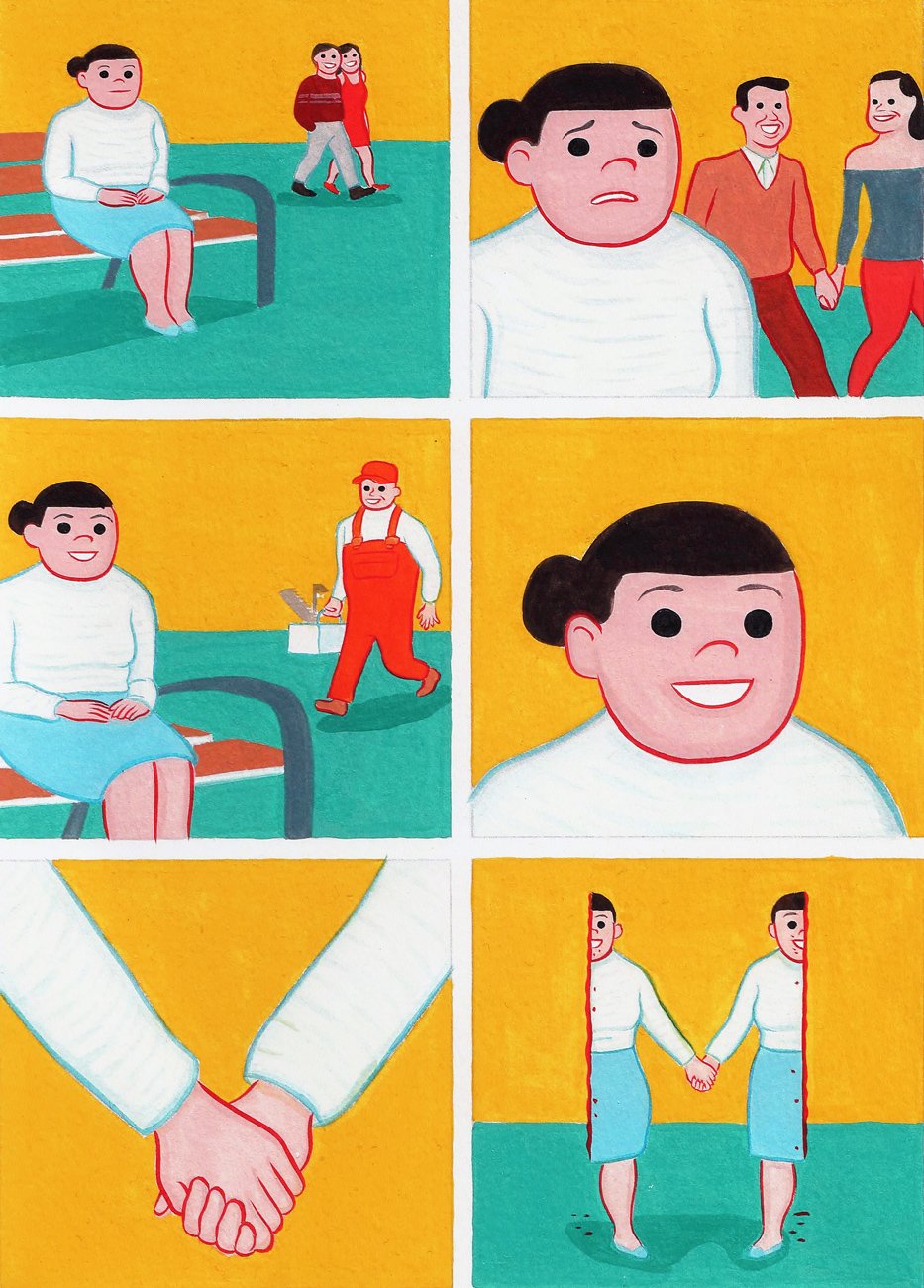 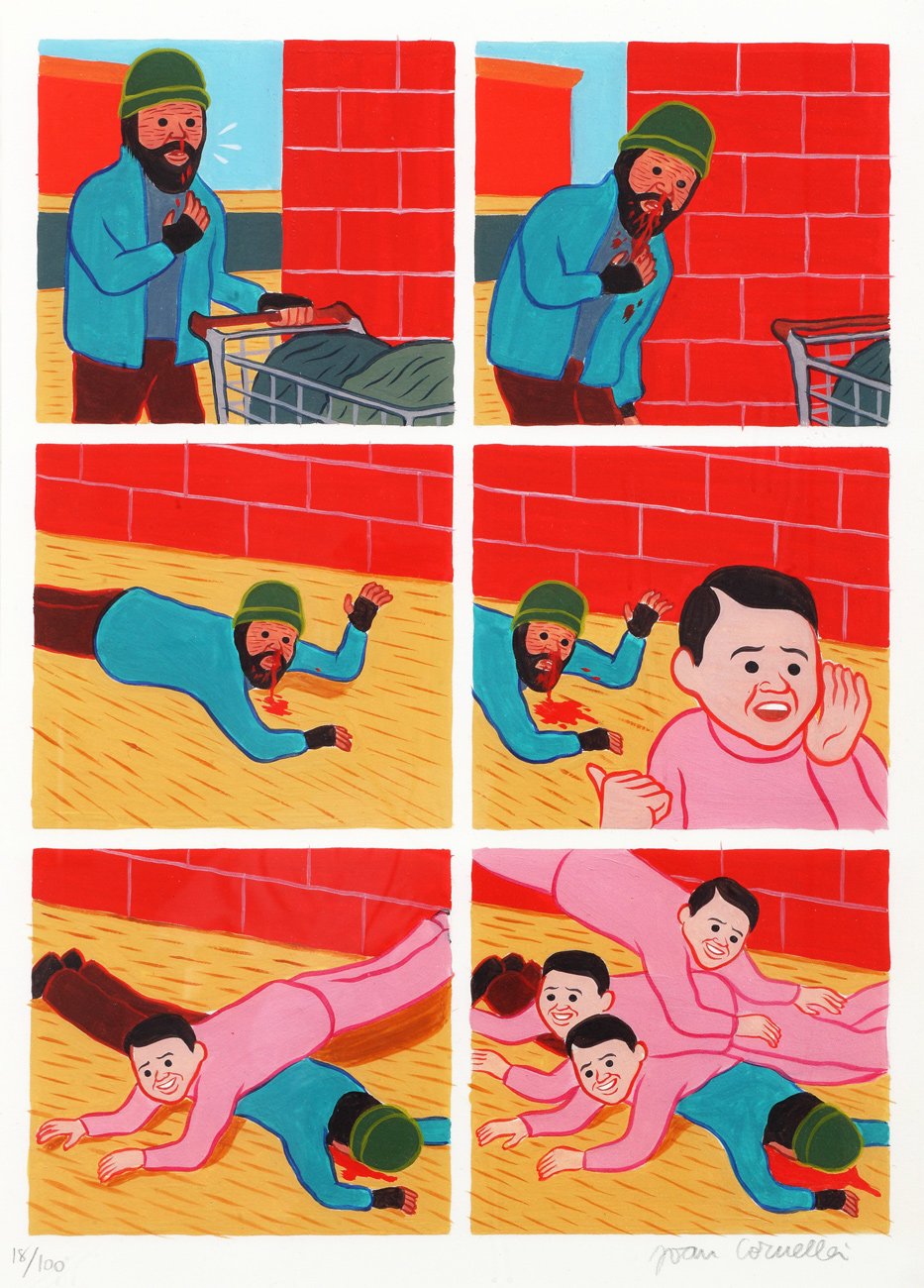 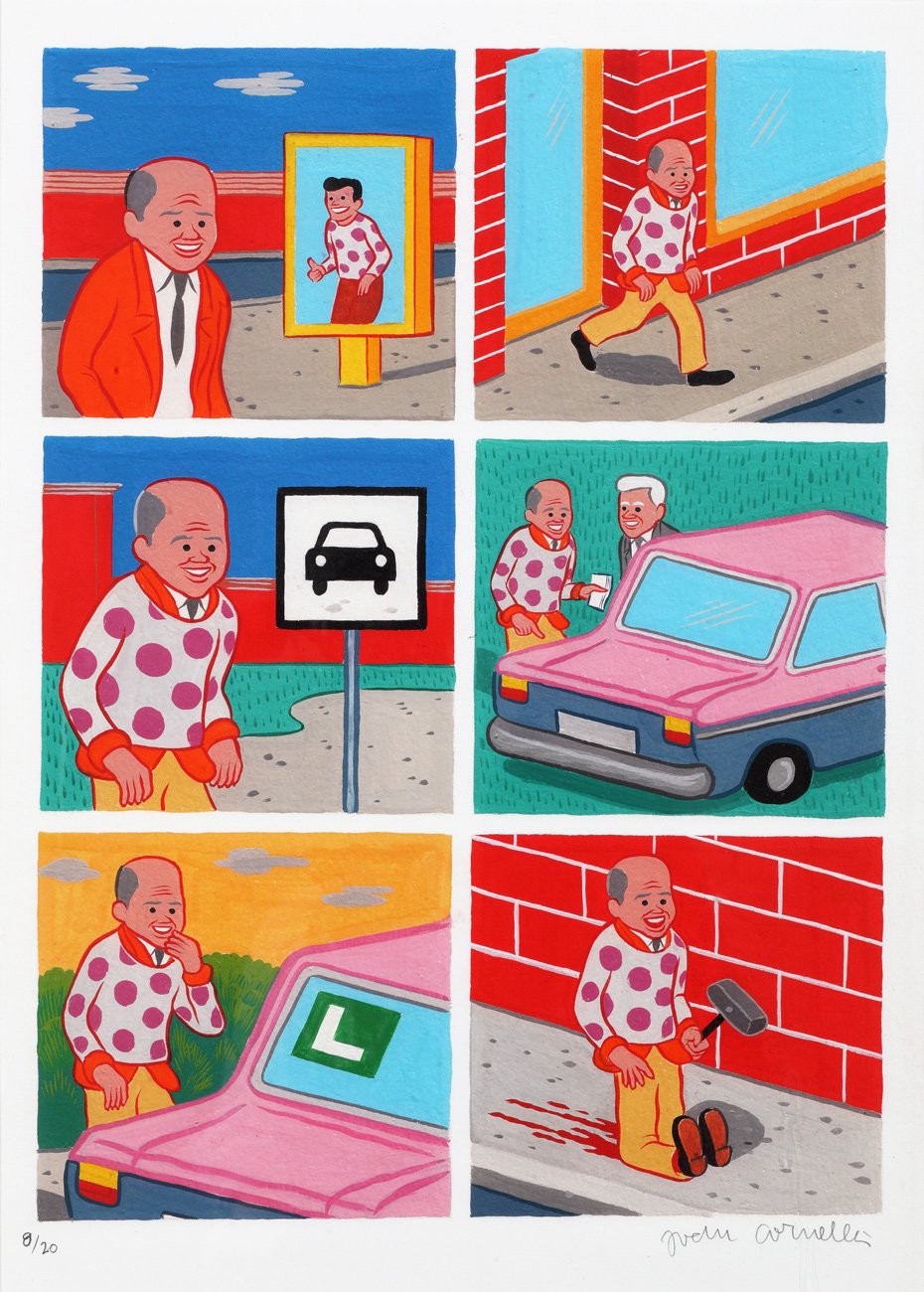 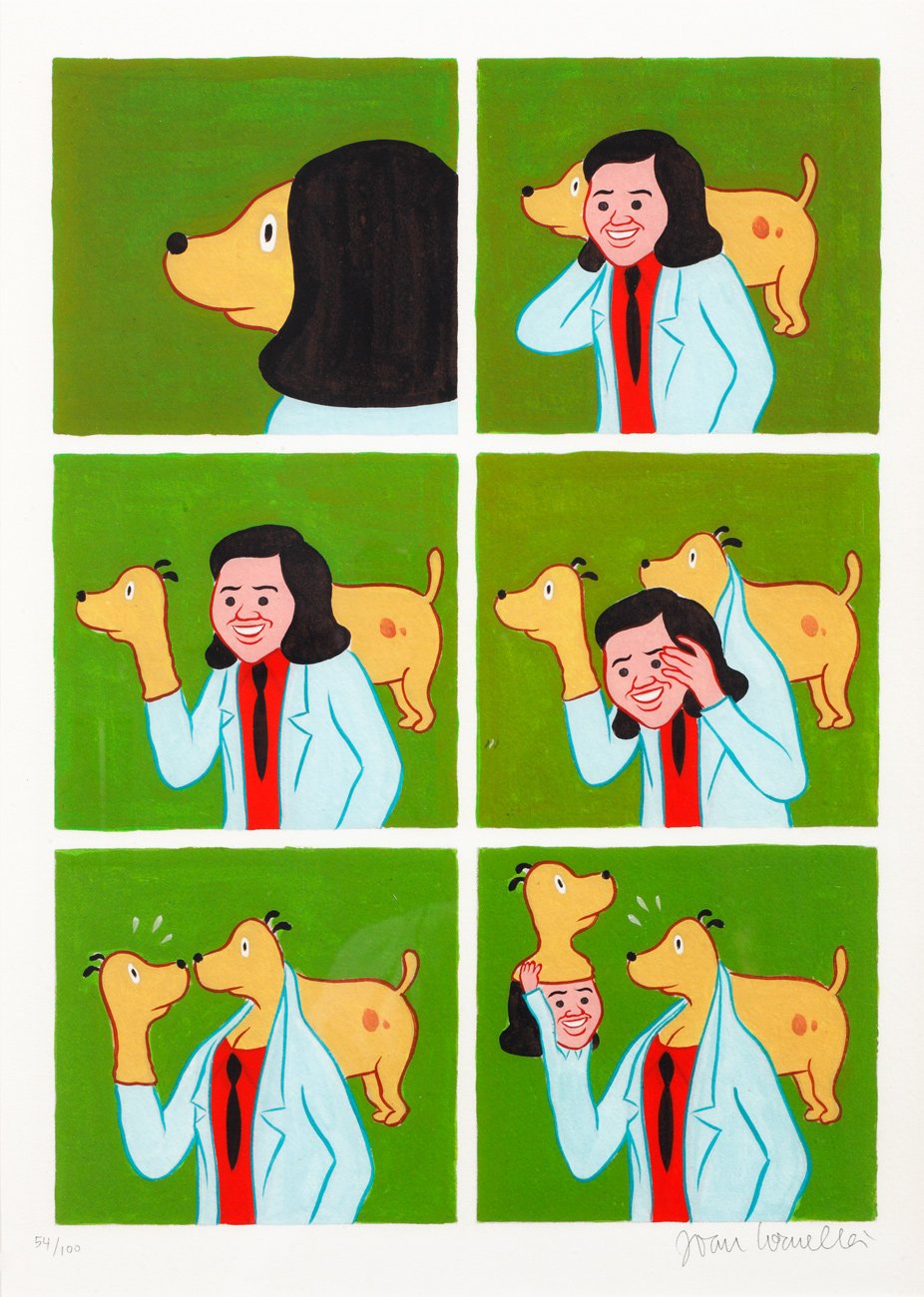 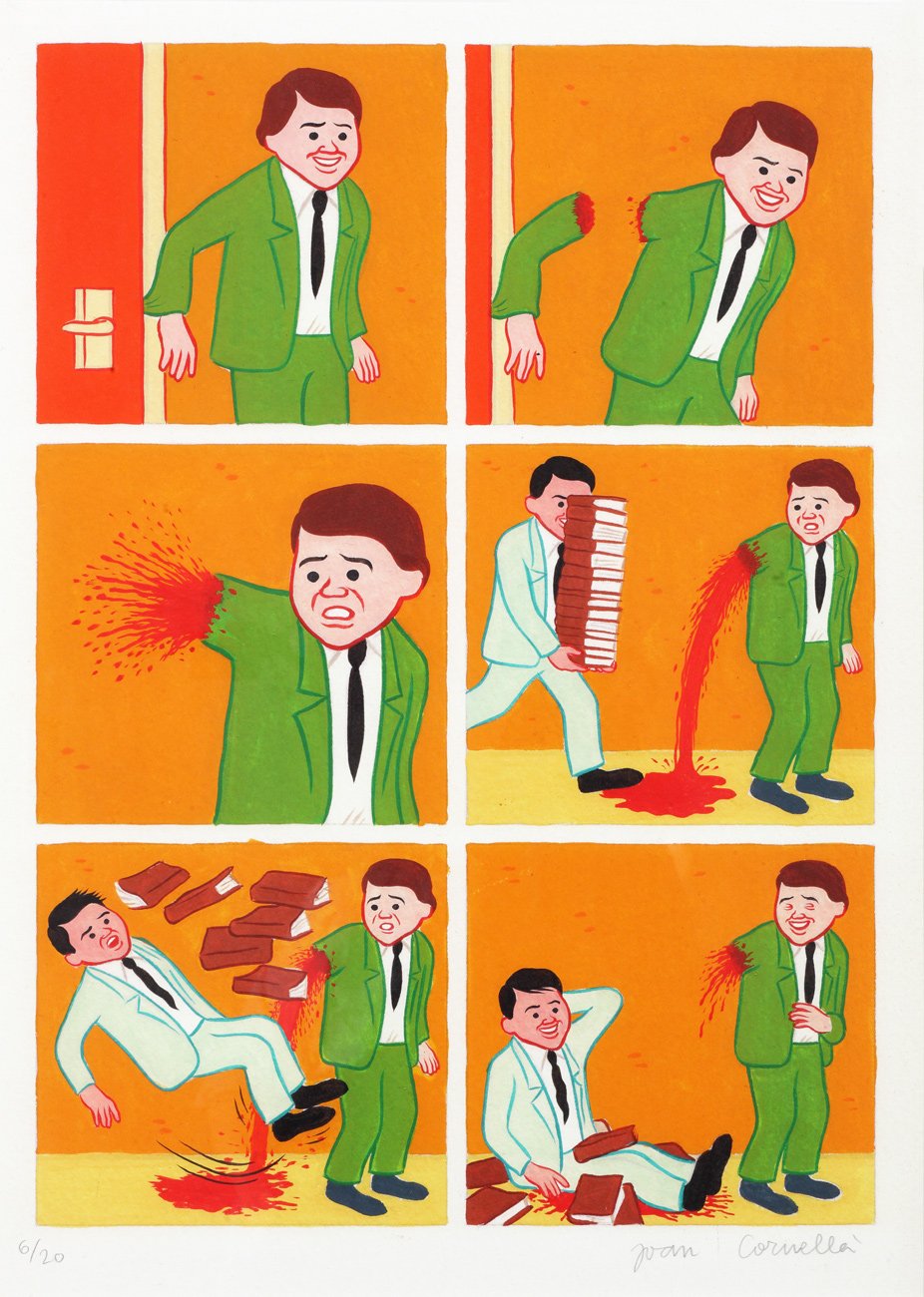 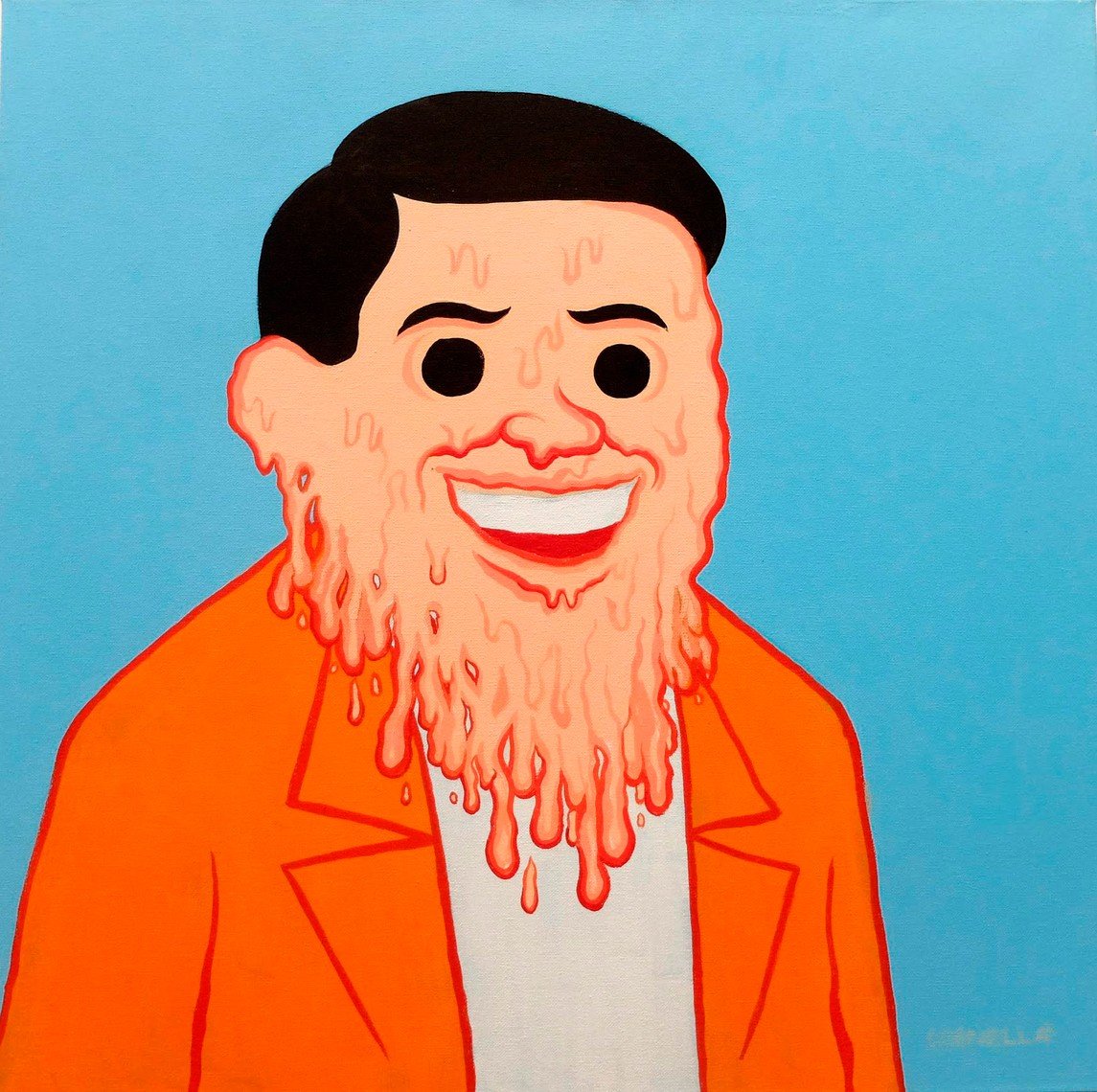 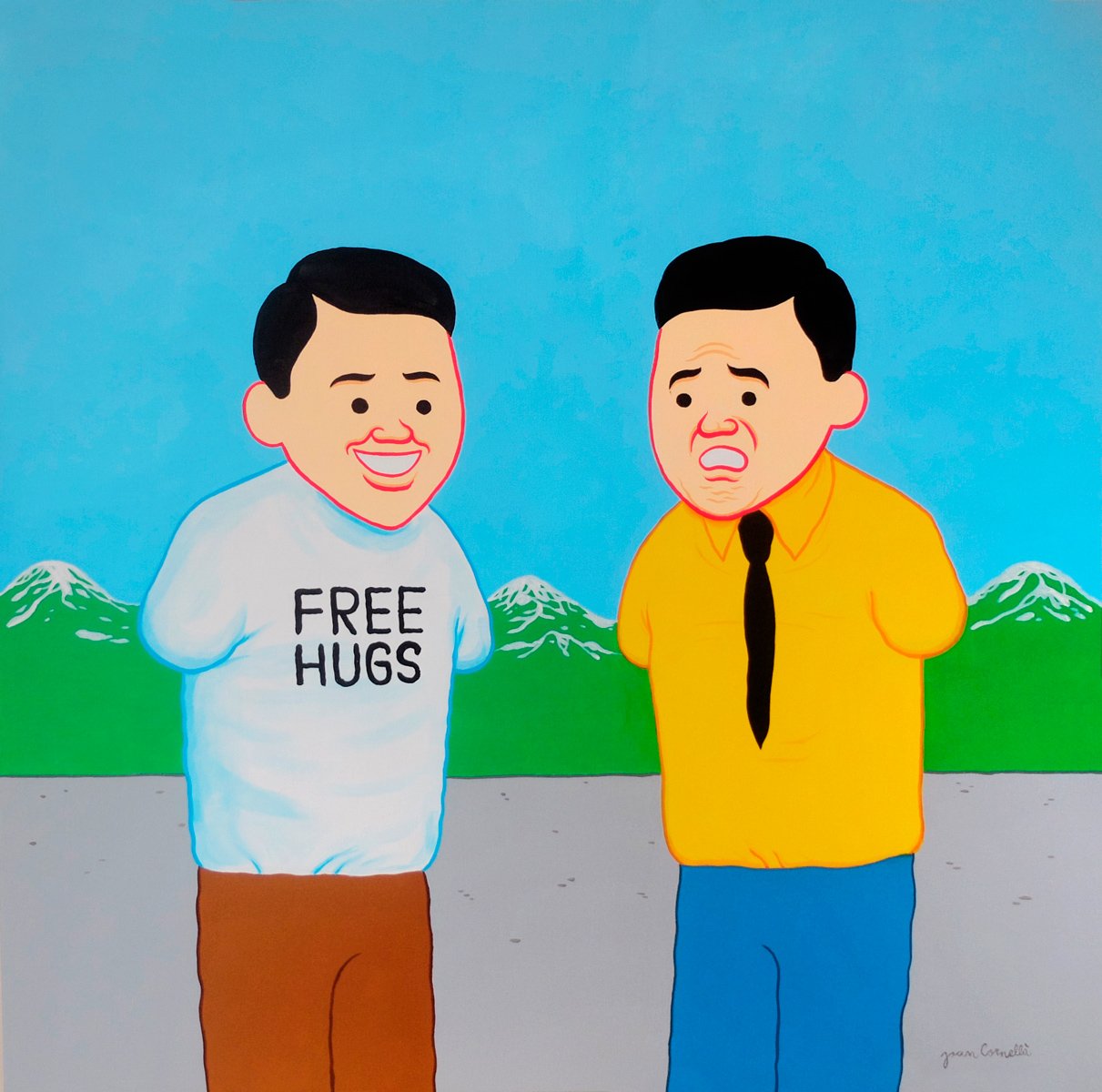