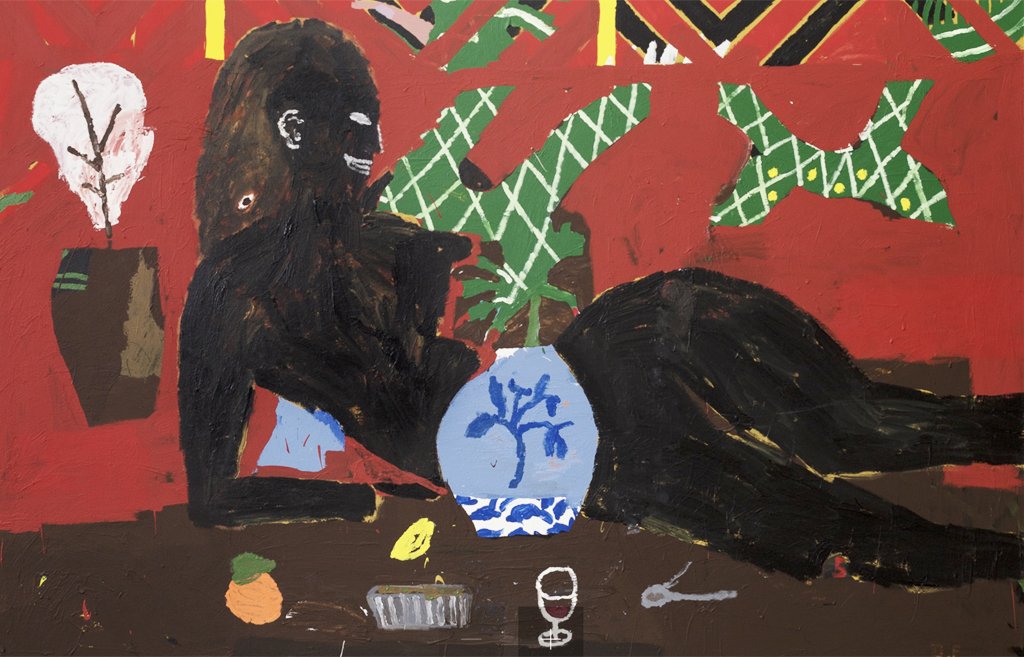 “I don’t really consider myself art-world material,” Danny Fox told GQ magazine in late 2016. This self-taught painter is the archetypal outsider: a stylistic loner, doing his own thing, his naïve creations apparently out of synch with aesthetic trends. Yet in that very same year, the British artist hosted solo shows in New York, LA and Copenhagen, now has collectors lining up for his work and this autumn will feature in Iconoclasts: Art Out of the Mainstream, a major new exhibition at the Saatchi Gallery, London.

Fox was born in the Cornish seaside town of St. Ives, a location whose unique quality of light has attracted painters since the early nineteenth century. From the 1940s to 1960s, the town became a centre for modern and abstract developments in British art, home to figures including Ben Nicholson, Barbara Hepworth and the Russian constructivist, Naum Gabo.

It was the Cornish fisherman and artist, Alfred Wallis, however, whose influence is most clearly evident in Fox’s work. Like Fox, Wallis had no formal art training; he improvised materials, working on packaging card and paints bought from ships’ suppliers to portray seascapes, fishing villages and lighthouses. Subjects, as he put it, “out of my memory, what we may never see again.” Fox takes a similar approach, populating his canvasses with a motley selection of personal motifs, often inspired by experience or observation. Perspective is ignored, and central figures including cowboys or faded beauties share space with a host of secondary images such as flowers, fruit or fried-egg clouds.

Aged 17, Fox moved to London and, though largely overlooked by the city’s art establishment, continued to paint there for the next ten years. Squatting and washing dishes to makes ends meet, Fox led a marginal existence reminiscent of George Orwell’s Down and Out in Paris and London, an experience that finds its way into his work in the shape of strippers, boxers and booze. In 2014, Mark Hix gave Fox his first break, a show at his Cock ’n’ Bull Gallery in Shoreditch, which then led to various pop-ups and an exhibition at the Redfern Gallery in Mayfair. London, apparently, was finally open to Fox’s vibrant brand of sleaze.

In 2015, Fox relocated to Los Angeles in a move that, once again, has fed directly into his painting. The chaotic surroundings of his Skid Row studio provide a wealth of source material for this razor-sharp observer, with pieces such as Planned Parenthood Waiting Room drawing directly on personal experience. Art-world material or not, there’s wit, intelligence and punch to Fox’s creations. As the Saatchi show’s curator, Philly Adams, sums up, “His paintings have that naïve quality, but a confidence that you don’t want to fuck with.” And the thrill of being taken on a colourful journey into the underbelly of life.