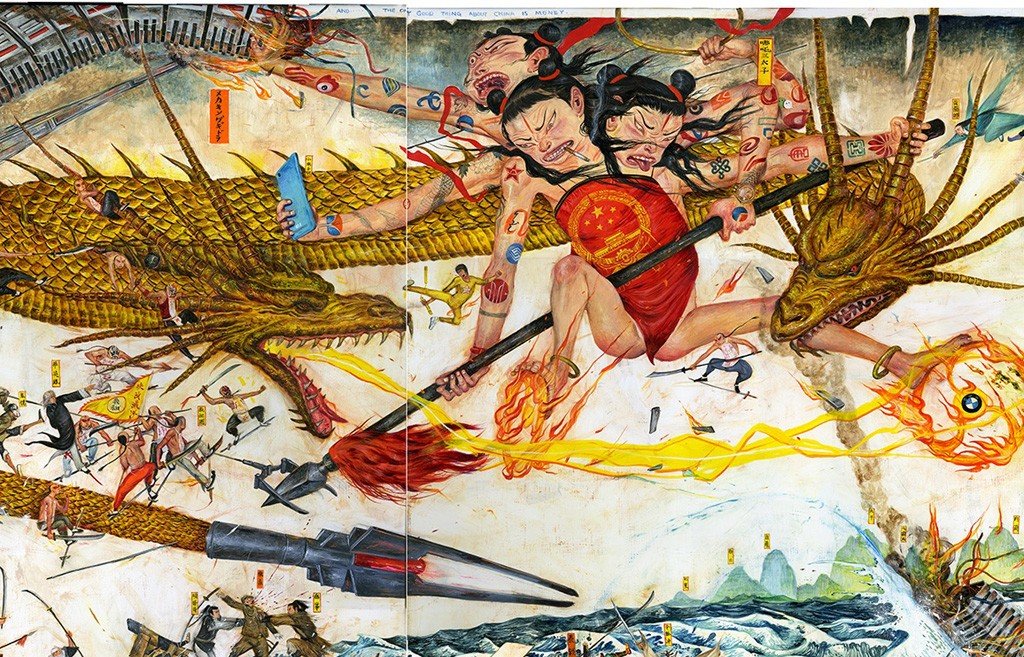 It’s summertime in the meatpacking district of Copenhagen. And for Gallery Poulsen, that can mean just one thing: their annual showcase of fresh talent from New York. Inspired by the cult movie, Ocean’s Eleven, they’ve put together a veritable rat pack of creative wits under the title Poulsen’s Fifteen: New Art from New York – Part VII, promising visitors “a refined explosion of masterpieces, thoroughly created by our fifteen skilful pros and executed with military precision”.

Among Poulsen’s dream team are a number of artists featured in Colección SOLO. Aaron Johnson will present new work in his trademark medium of recycled socks and acrylics; Abigail Schmidt brings characteristic elegance in delightfully rendered paintings and Jean-Pierre Roy supplies the sci-fi touch with his photorealist creations.

Finally, Colección SOLO is delighted to announce the acquisition of Christian Rex Van Minnen’s This is a True Story, with Eyeshadow, also featured in the Poulsen Gallery summer show. This brand new work joins four other pieces by the same artist in Colección SOLO, daring experiments that blend influences from the old masters with contemporary photorealism, skilfully tiptoeing the line between beauty and grotesque.