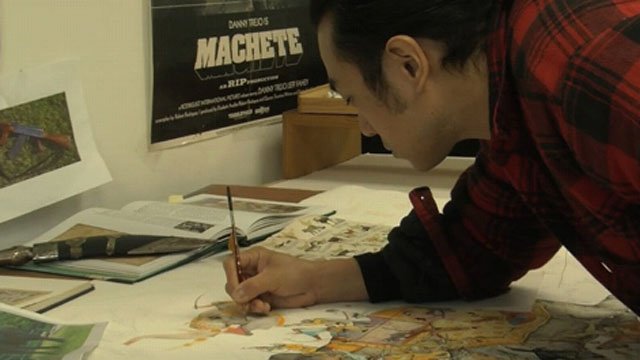 A firm believer in humanity’s basic need for narrative in visual imagery, Mu Pan describes his work as “quite simply about telling stories.” In his intricate battle scenes, human figures, beasts and bizarre mixtures of the two come together in epic life-and-death struggles. In his “origaMU” paper sculptures, colourful creatures take on 3D form.

Mu Pan was born in Taichung City, Taiwan, and initially opted for art school as a means of escaping a career in the military. He moved to the USA in 1997, obtaining his BFA and MFA at the School of Visual Arts, New York, where he now teaches illustration.

Growing up, Mu Pan was drawn to Manga, although folk art, particularly Chinese scroll paintings and Japanese prints, had a profound influence on his work. He researches Japanese, Chinese and American history, blending past events with imagined beings and occurrences to create spectacular paintings and drawings, expressions of anger, portrayals of a brutal, unforgiving world.

Mu Pan’s work has been featured in specialist publications such as Juxtapoz and Hi Fructose; he has participated in group exhibitions in the USA, Germany, France and Denmark and held solo shows in Cologne, Taipei, New York and Los Angeles. 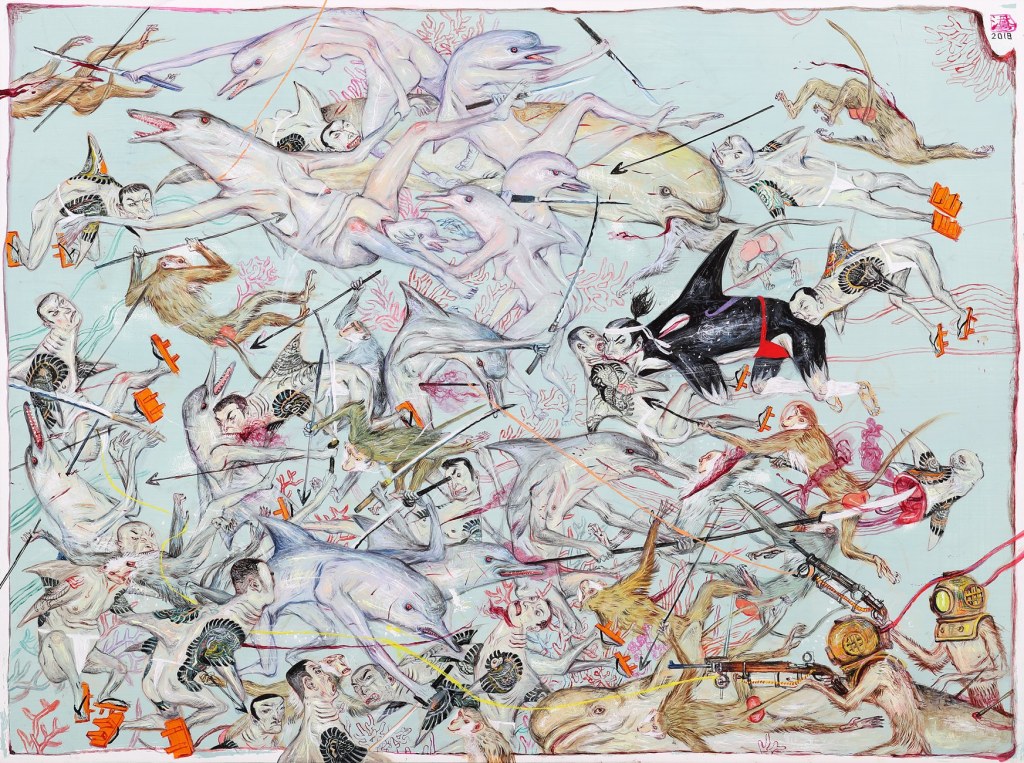 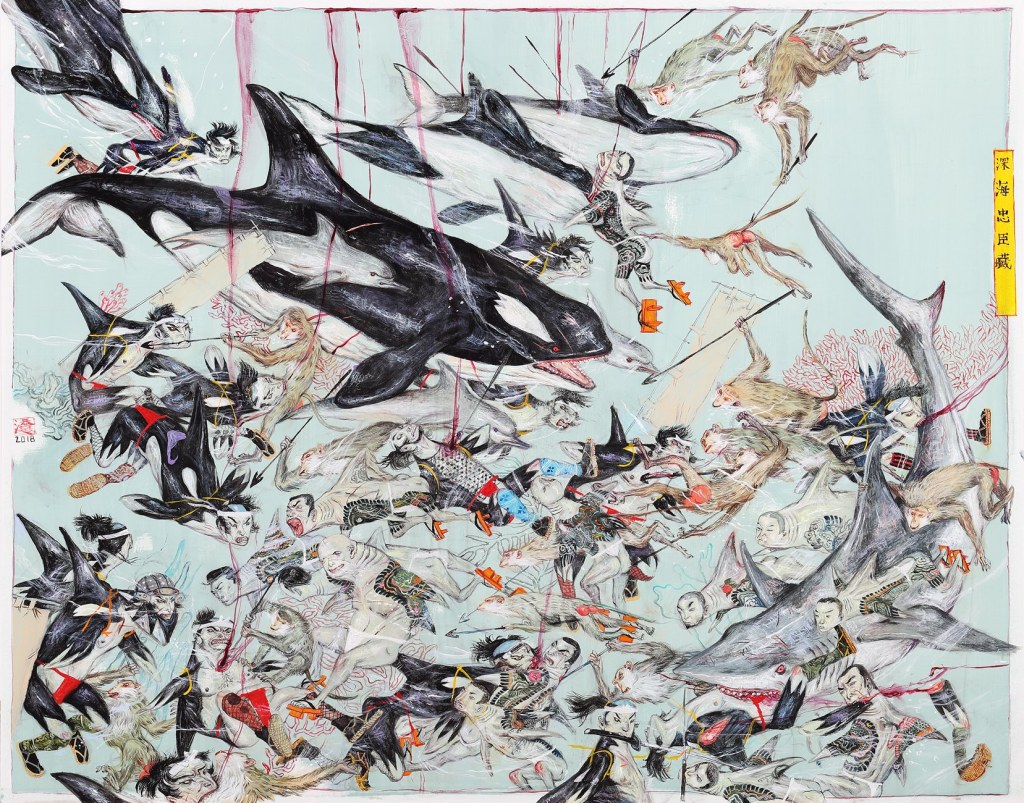 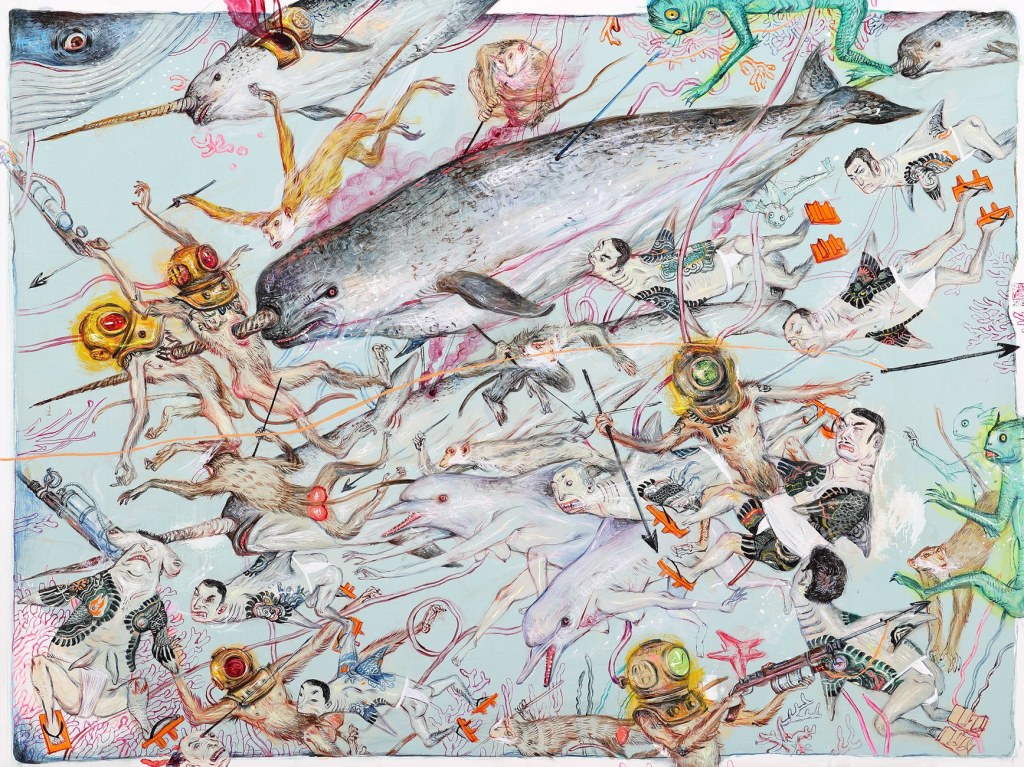 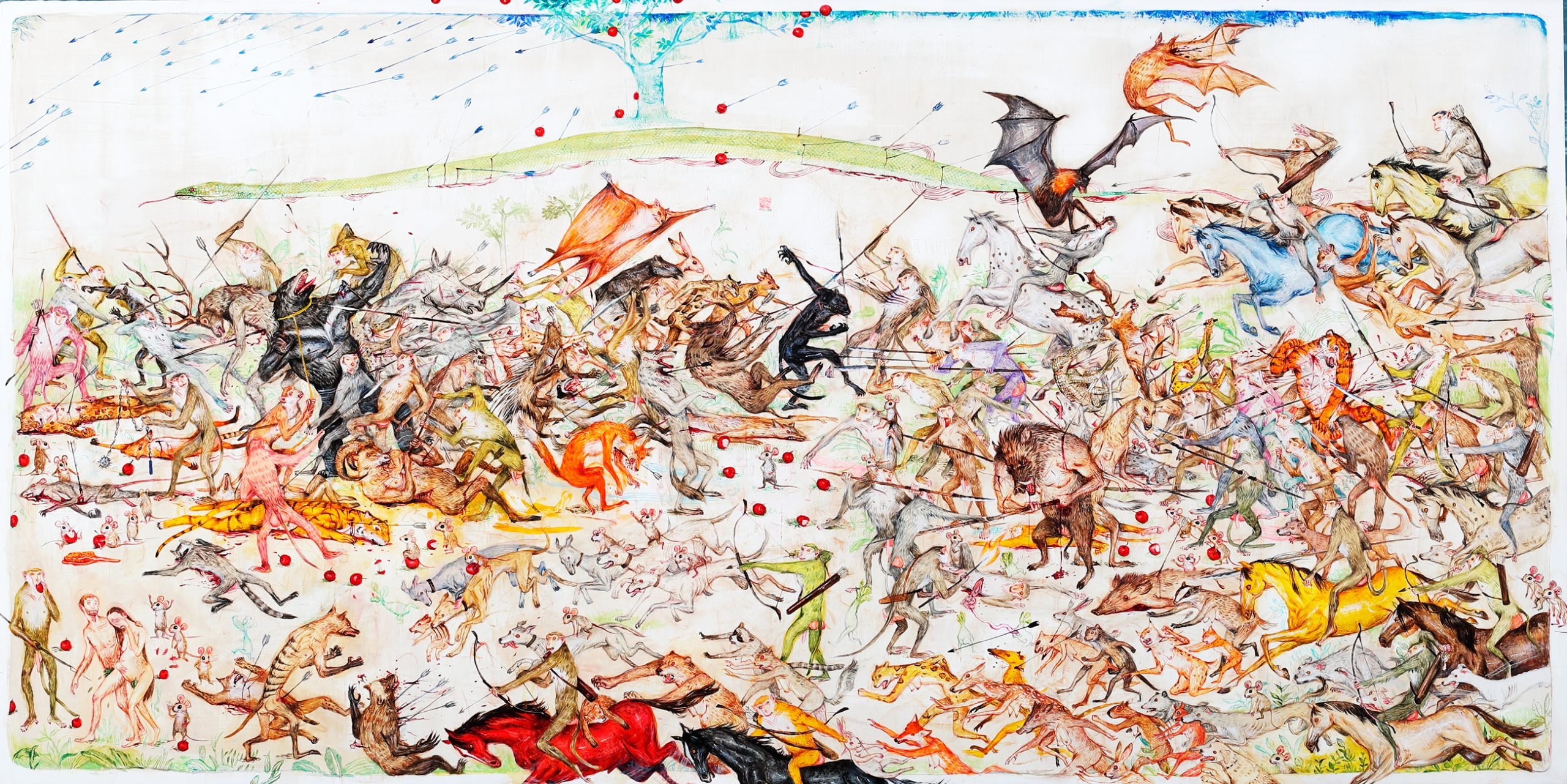 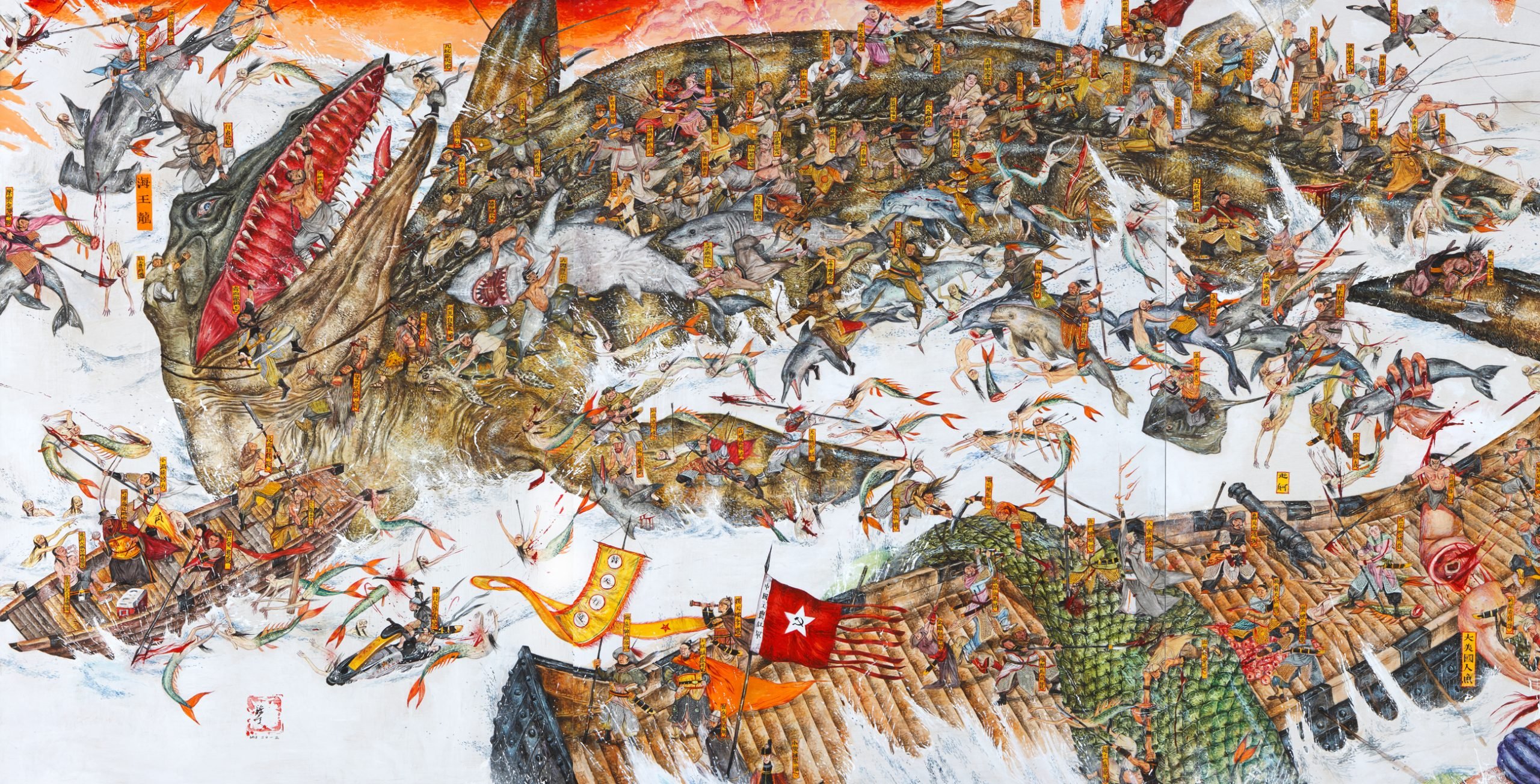 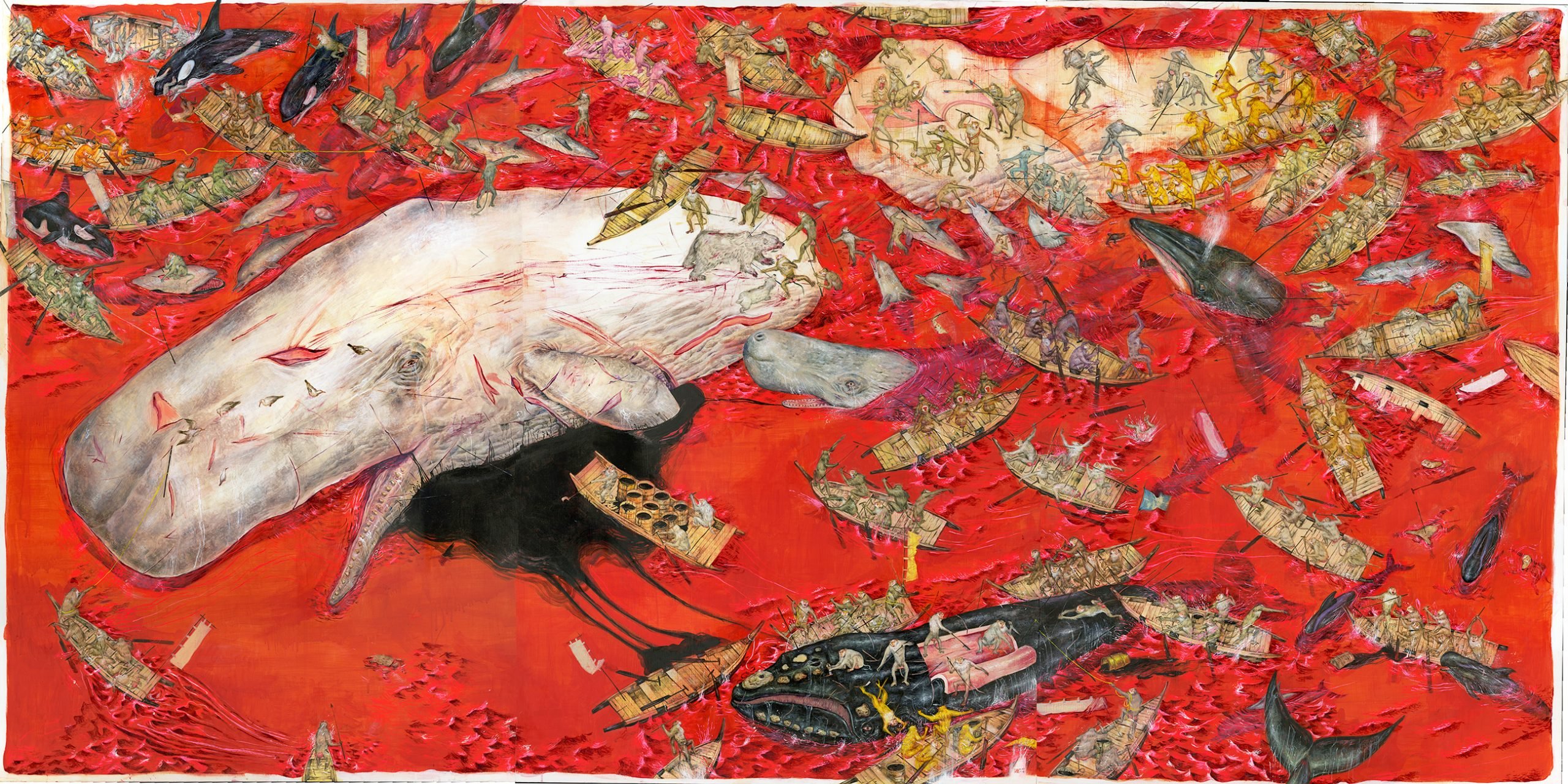 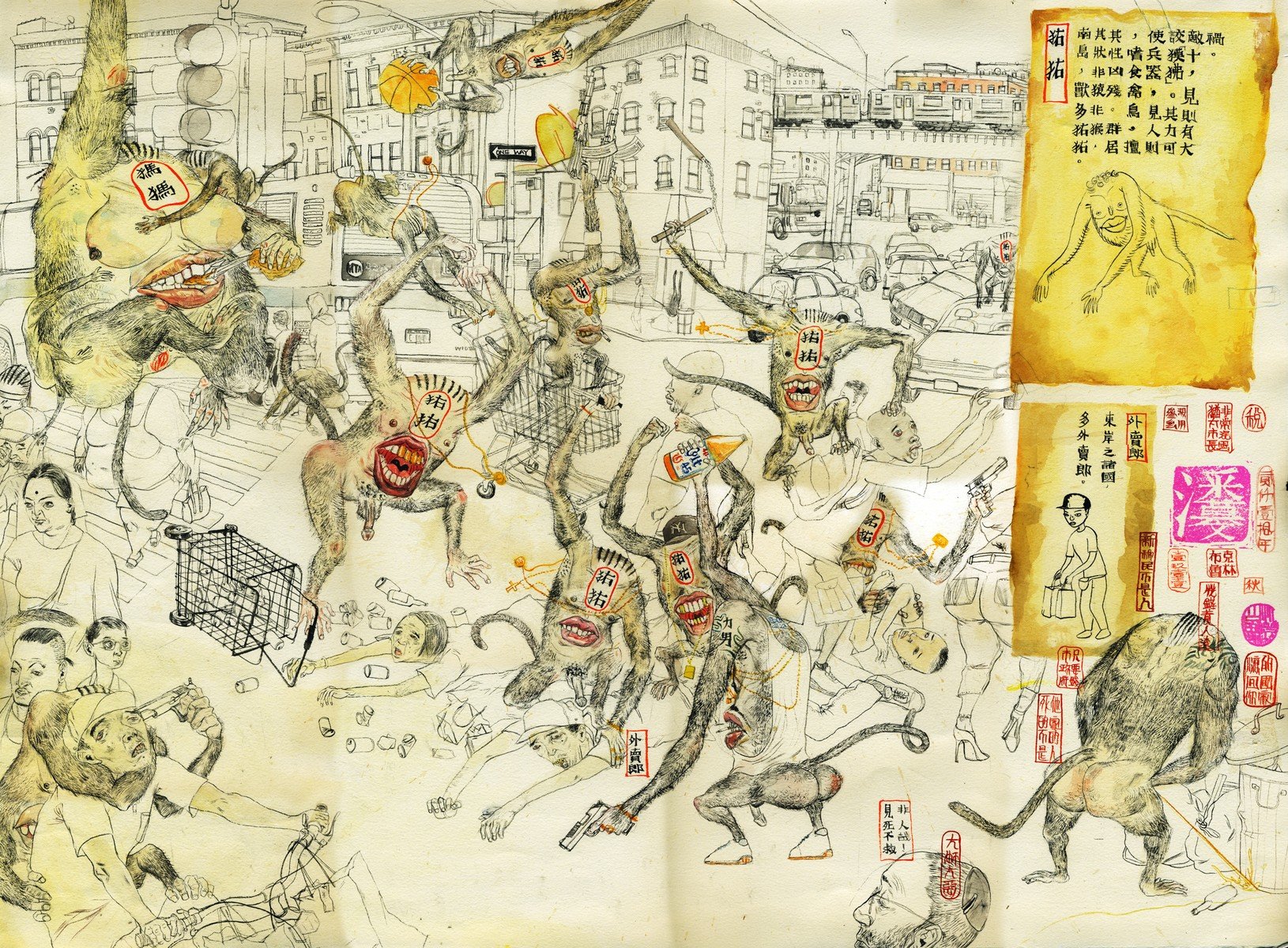 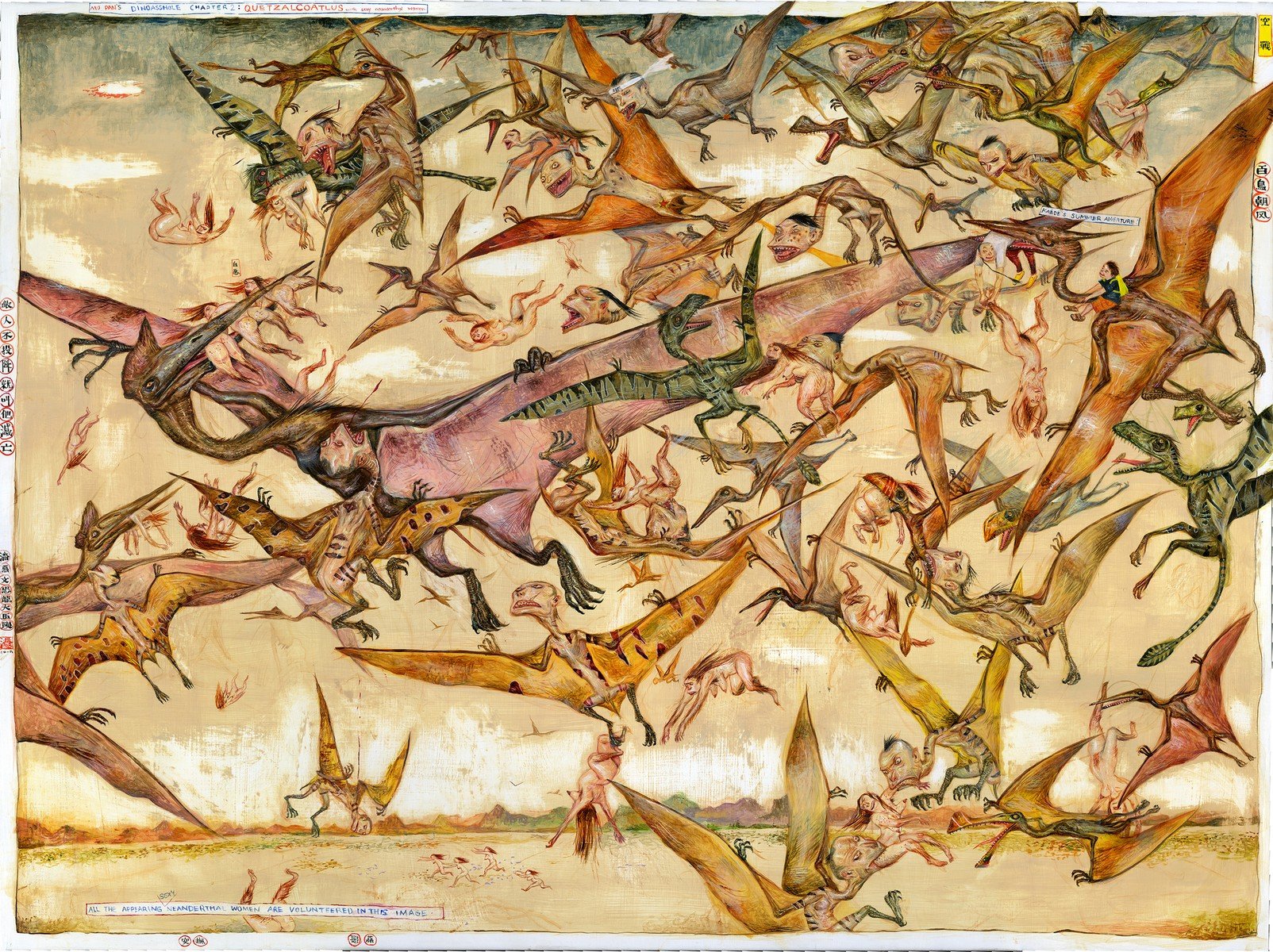 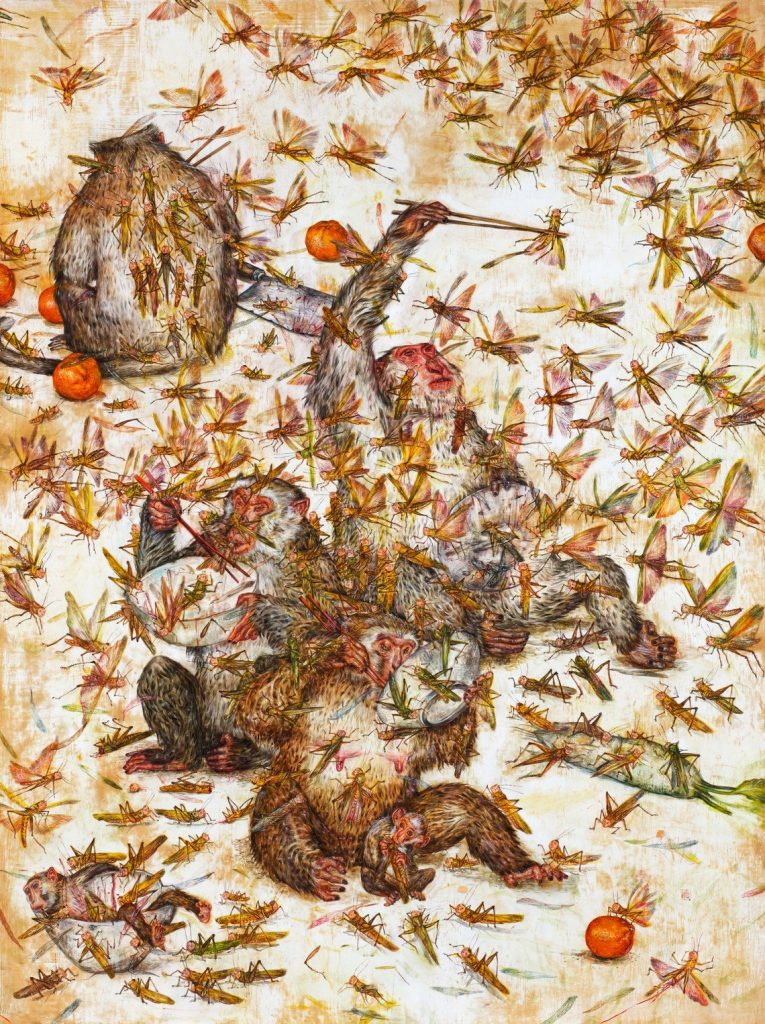 Birds are Laughing on Top of the Tree 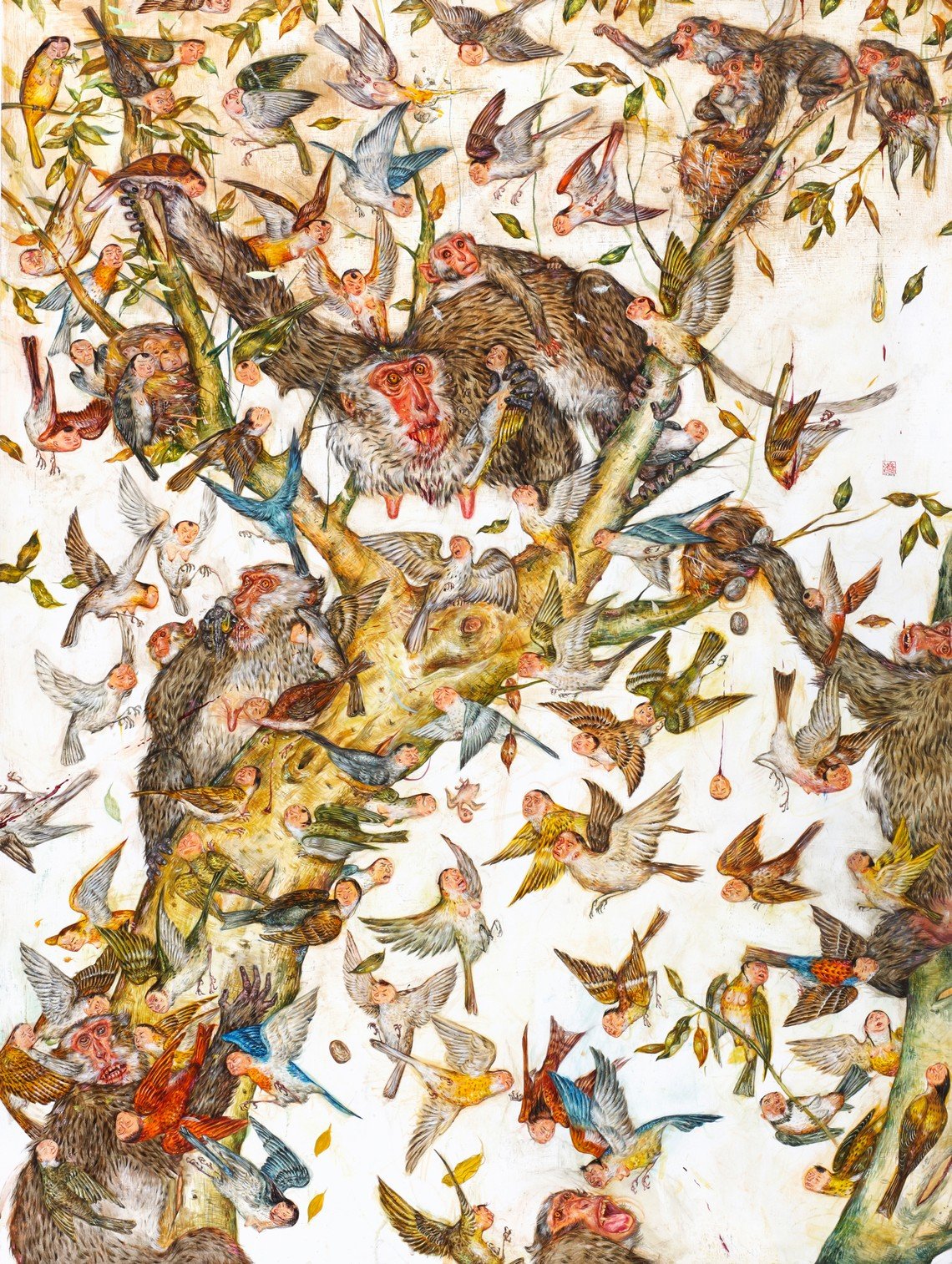 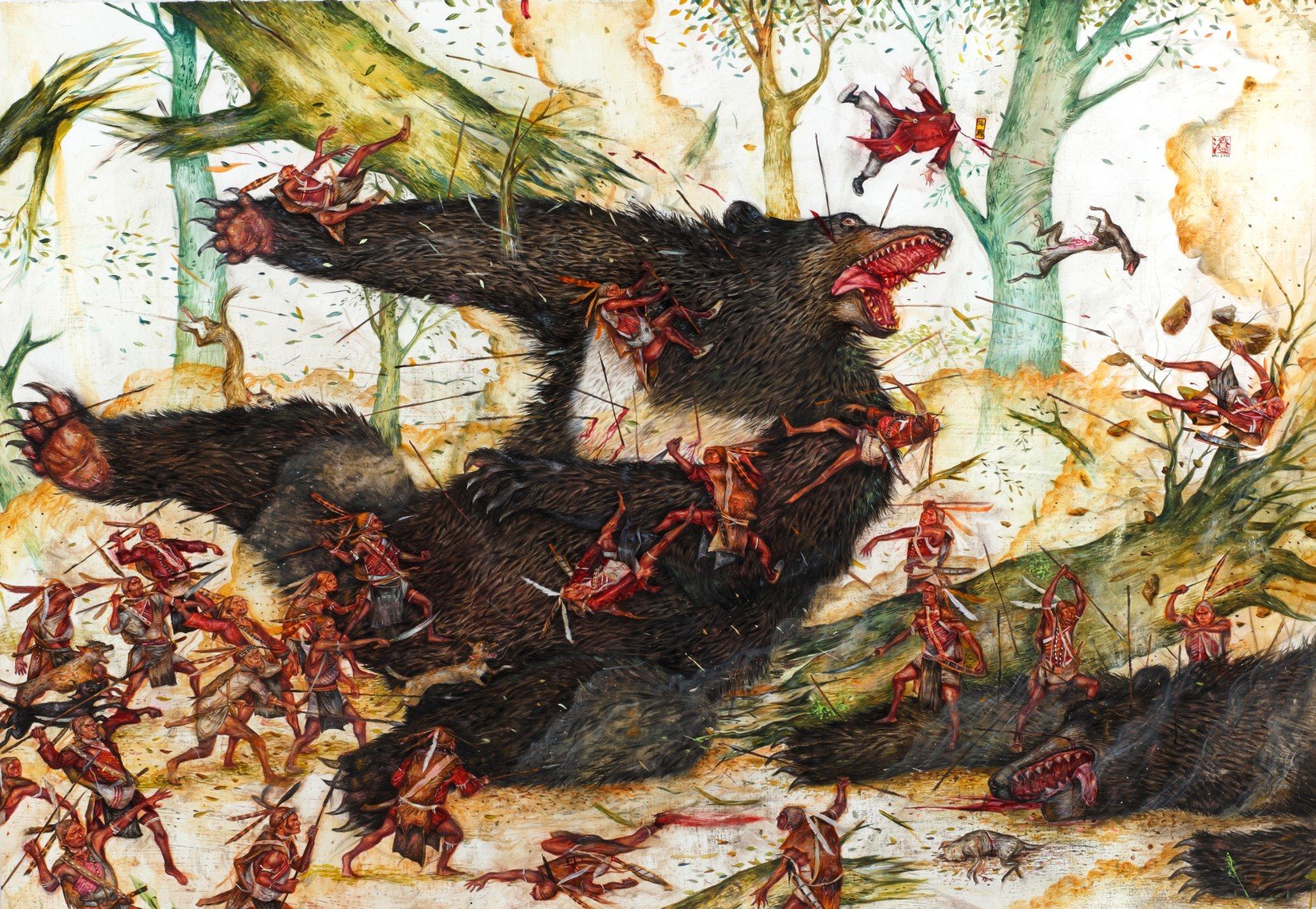 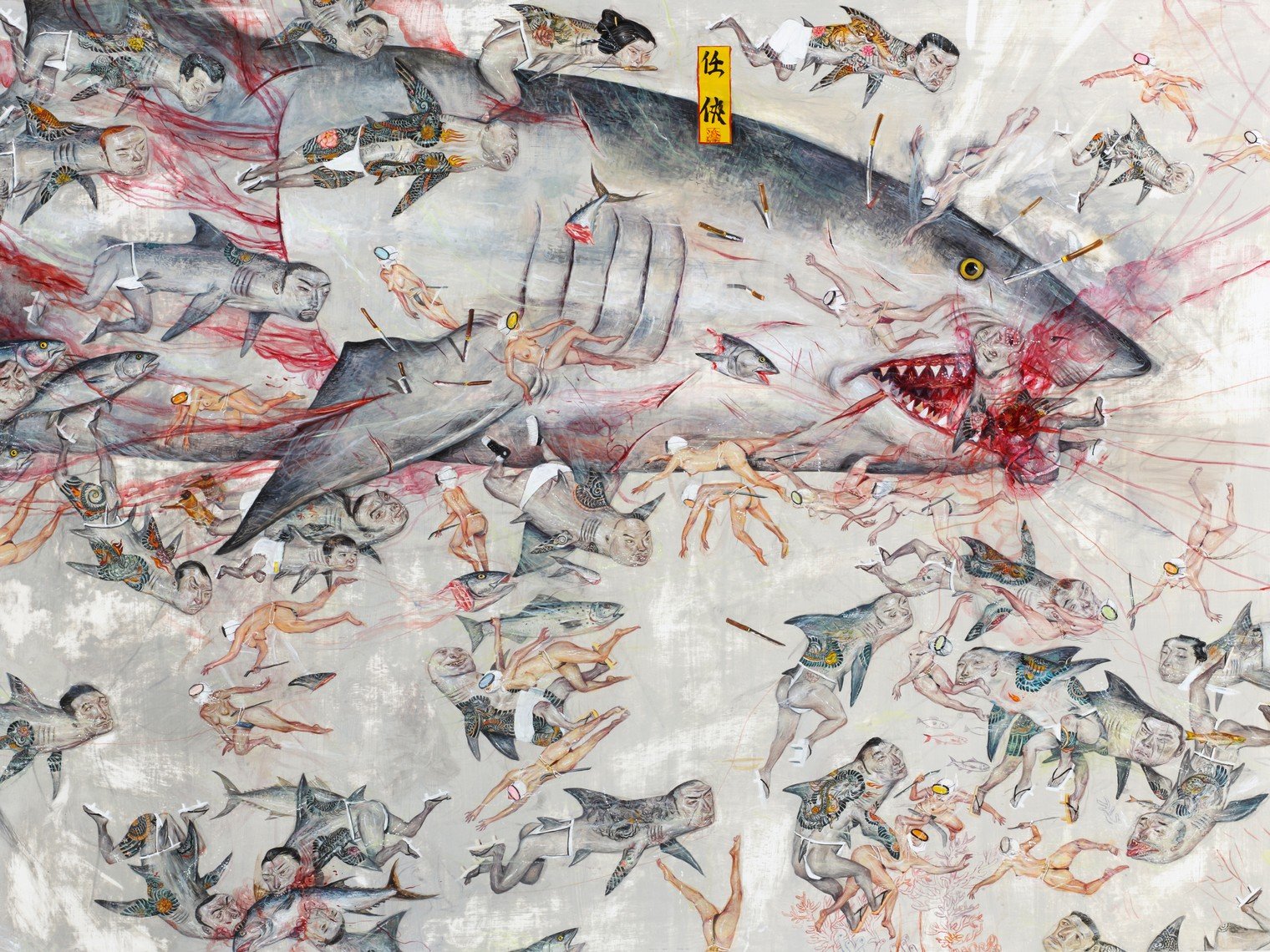