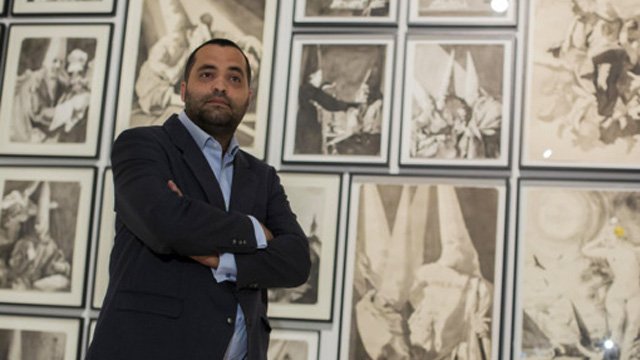 León was born in Seville where he is still based. He studied Fine Arts at the city’s university and draws heavily on Spanish popular customs and religious imagery, particularly Easter processions, with their masked penitents in tall, cone-shaped hoods. In his rich, theatrical narratives, reminiscent of Caravaggio or Zurbaran, León addresses contemporary issues of financial crisis, political corruption, religious belief and personal freedom. Drawing on his background in mural art and graffiti, the artist creates colourful, humorous tales where nothing is quite as it seems.

A member of the performance art group, Intervenciones en Jueves, this multi-faceted artist combines painting with cultural projects at Andalucia International University and his work as art director for the rock band Pony Bravo. His work has been exhibited across Spain, including at institutions such as the Museum of History, Art and Customs in Seville or Matadero Madrid. He has won a number of prizes, including the UNIA Painting Prize in 2008. His first solo museum show was held at the Centro de Arte Contemporáneo, Malaga, in 2014. 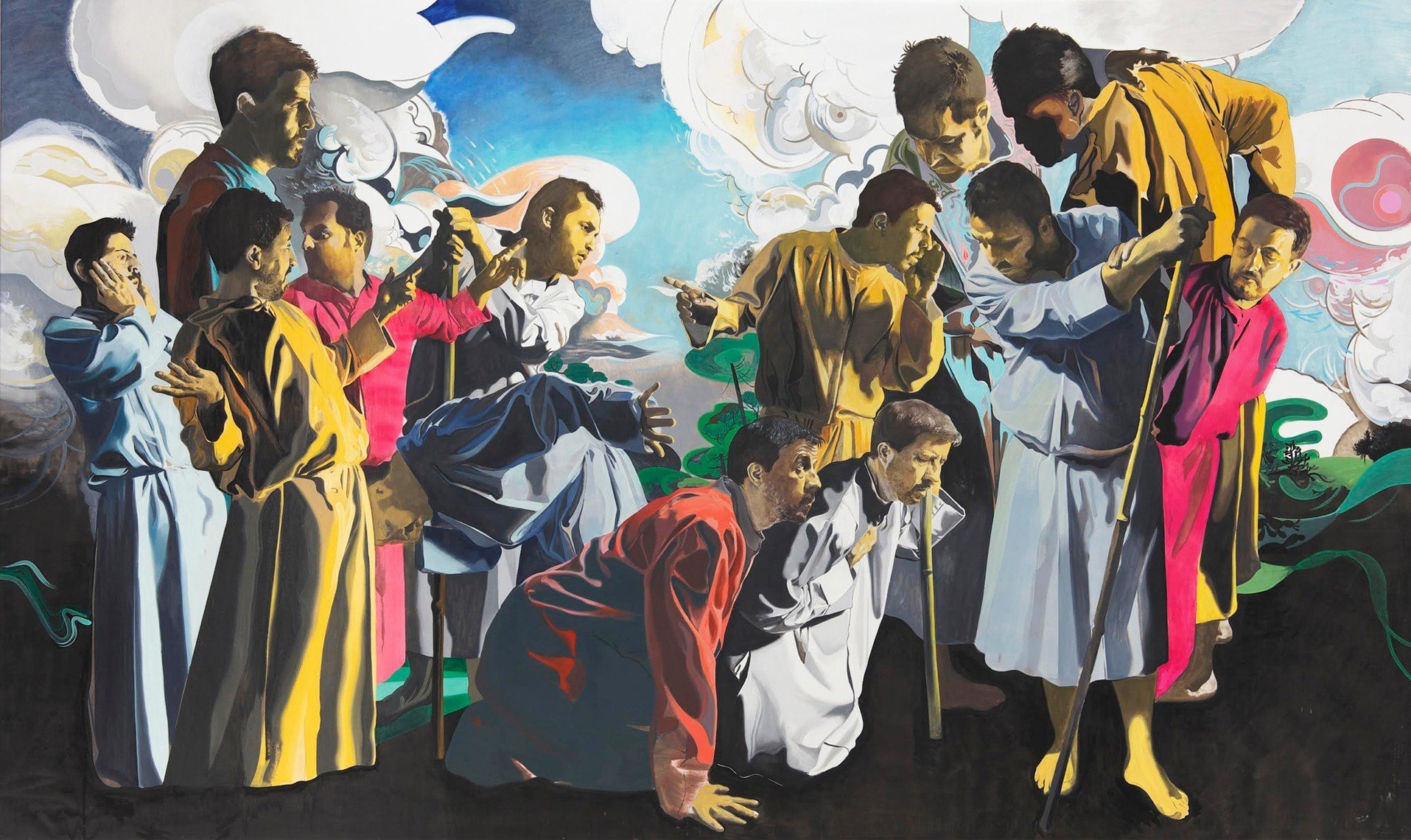