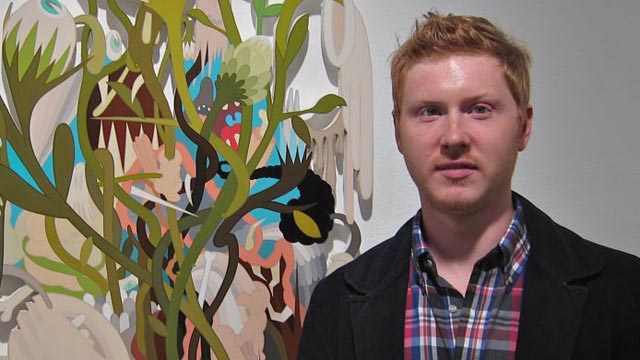 “I guess these would be considered two interests of mine: the darker, more bizarre side of humanity as well as cartoons and their pioneers.”

Sam Gibbons’ brightly coloured creations subvert recognisable cartoon imagery to explore themes of violence, mortality and sexual desire. Working on custom-cut wood panels, the artist develops complex scenes resembling a Rorschach test, where one side of the image mirrors the other. With no evident narrative, these psychedelic mixes of figuration and abstraction challenge viewers to develop their own interpretation.

Currently based in Baltimore, Gibbons received a BFA in 2002 from Kent State University in Ohio, followed by an MFA in 2005 from Hunter College in New York. He cites a range of artistic influences including early cartoonists such as Clampett and Tex Avery, Goya’s The Disasters of War series, Paul McCarthy and Takashi Murakami, combined with cultural references and personal experience.

Gibbons’ paintings have featured in group shows across the USA, as well as in Venice and Berlin. He has held six solo exhibitions and in 2009 his work was added to the public collection at the New Britain Museum of American Art in Connecticut.

My Hands are Tied 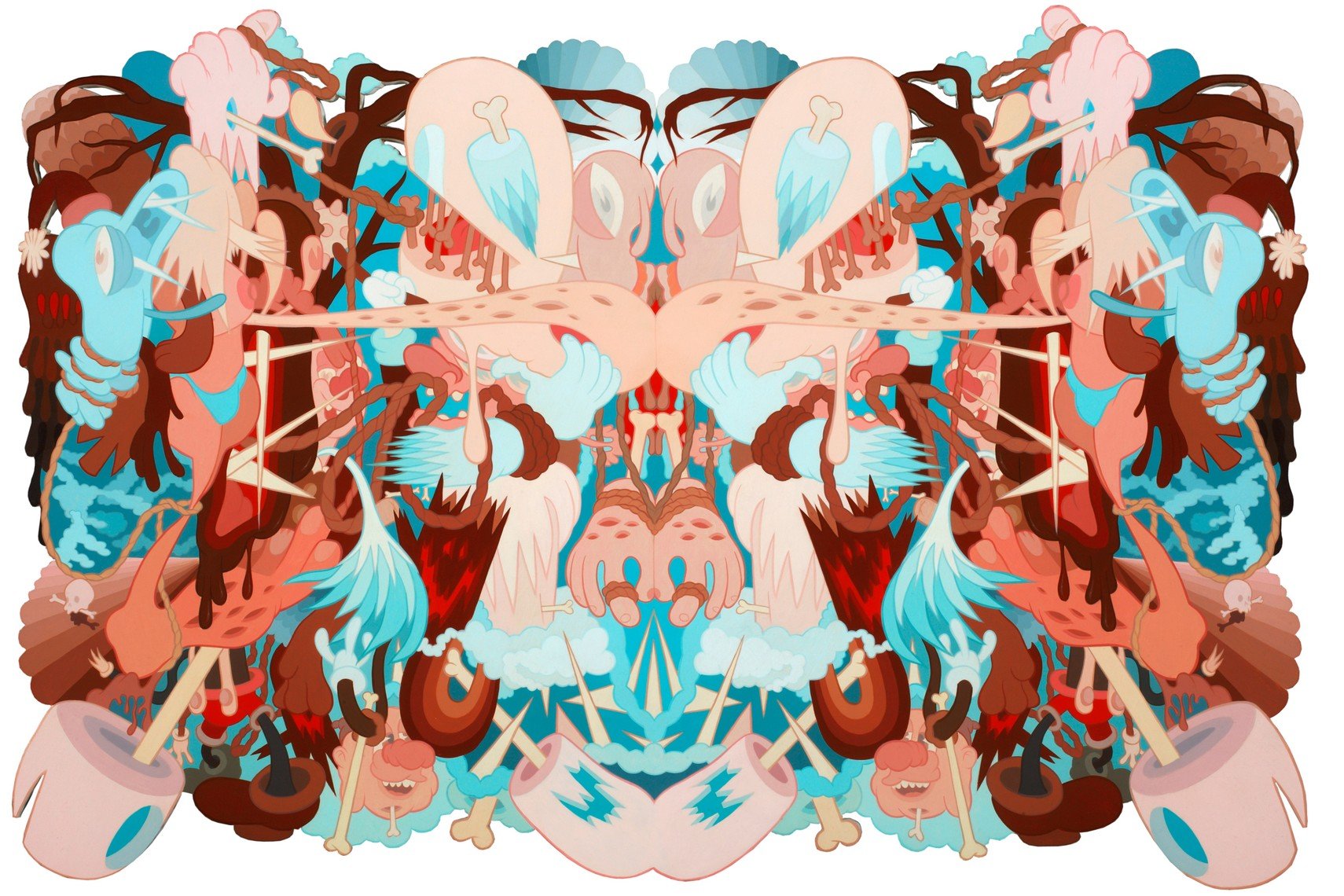