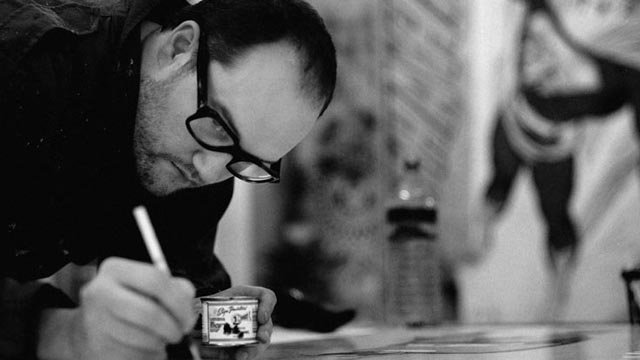 “A Pandora’s box of bittersweet delights – sweet and sugary on the surface but with an unfamiliar, uncomfortable taste beneath.” That’s how British artist D*Face, or Dean Stockton, describes his signature blend of Pop, urban art, painting and sculpture.

Born and raised in London, D*Face was drawn to US culture as a child, Thresher magazine and Henry Chalfant’s Spraycan Art and Subway Art having a profound influence. After initially planning to be a skate photographer, D*Face finally opted for cartoon animation, and during the late 90s began to develop the strange, dysfunctional characters that would eventually make it from sticker bombing campaigns and billboards to wall murals and museums.

Drawing on artists like Andy Warhol, Roy Lichtenstein and Keith Haring, or his close friend Shepard Fairey, D*Face has developed a highly personal, hugely accessible visual language made up of appropriated cultural icons such as Queen Elizabeth II or Che Guevarra, recurring images like skulls or wings, and his best-known creation, D*Dog. Consumerism, nationalism, love and celebrity all come under scrutiny in D*Face’s witty yet meaningful artwork.

Since his first, sell-out show in 2006, D*Face has exhibited the world over, created large-scale murals in cities including New York, Tokyo or Los Angeles and published The Art of D*Face: One Man and His Dog (Laurence King, 2013). His first museum show, Wasted Youth, was held at the Centro de Arte Contemporáneo, Malaga, in 2015.

Peace is a Dirty Word 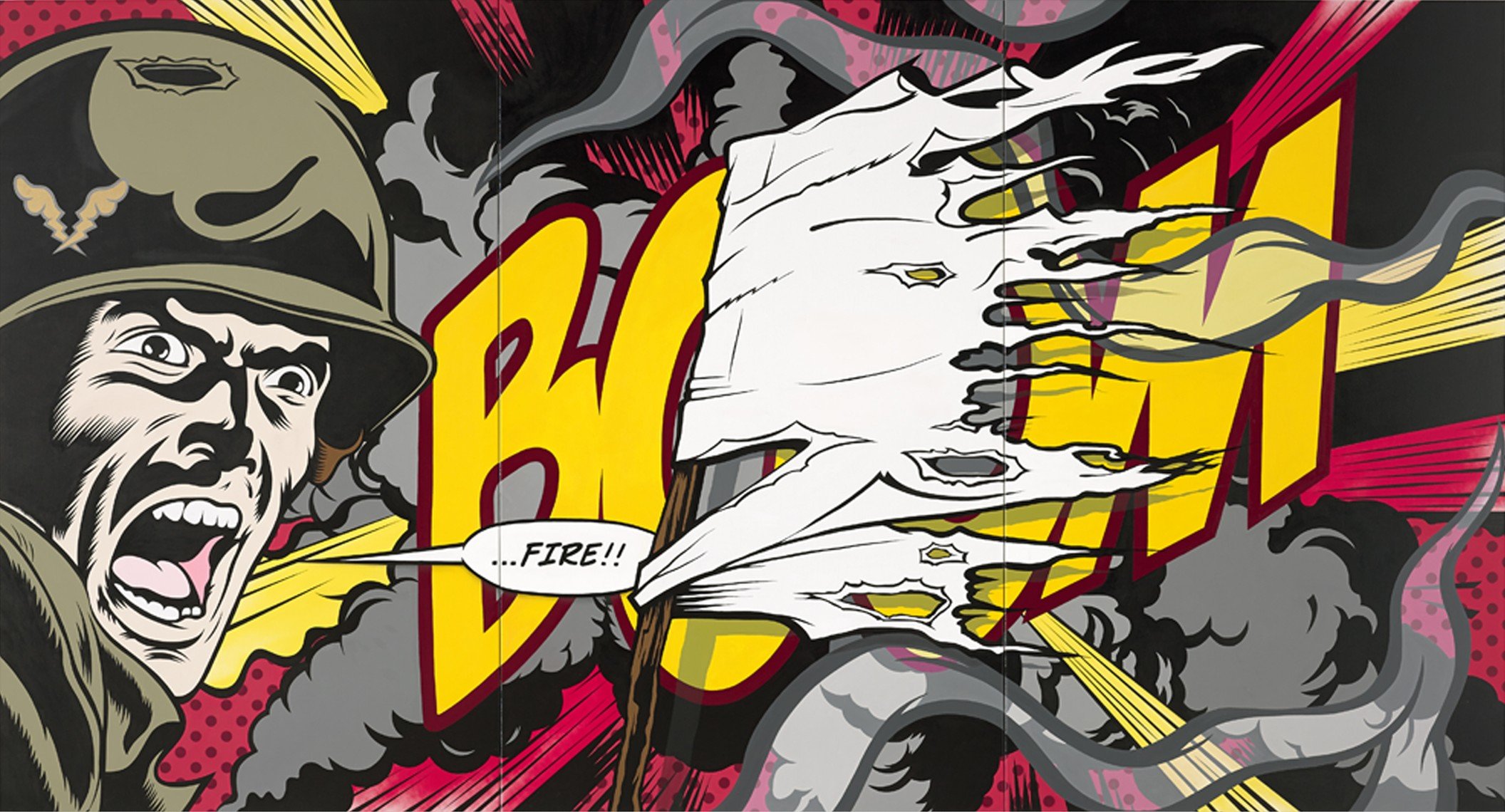