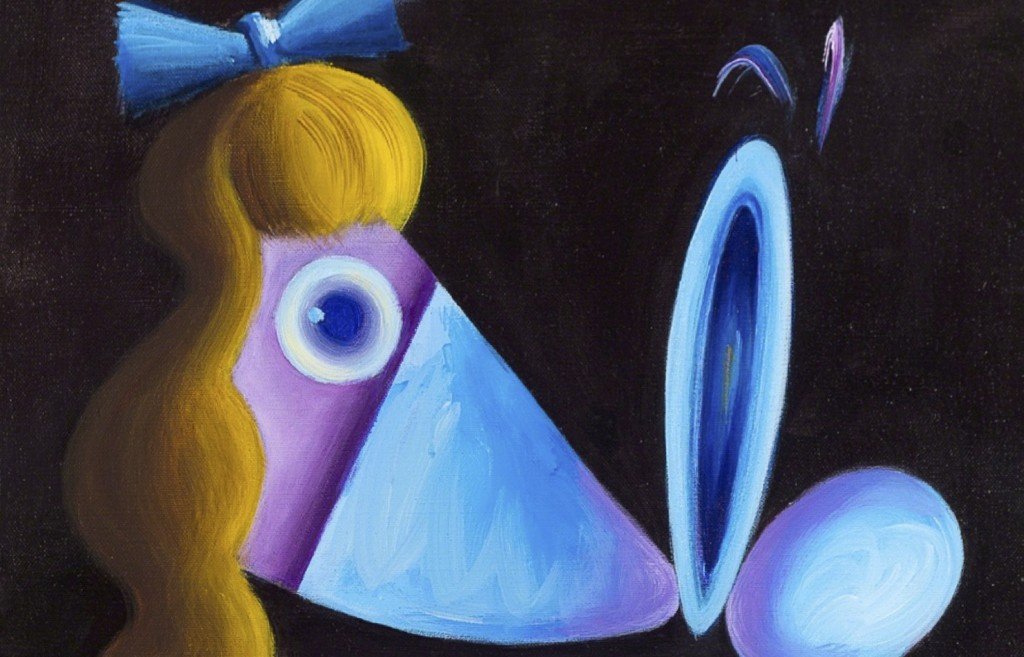 The show borrows a Spanish saying on ingratitude as its title: Raise ravens and they will pluck out your eyes. As the artists explains, “it evokes a strong imagery with a bitterly ironic spin.” That same irony is evident in Maria Spirulina del Instagram — recently acquired by Colección SOLO — which pokes fun at our social media driven society.

Mohamed’s interest in what he calls “new authority figures,” such as social media platforms, fashion brands or multinational industries, links into an ongoing curiosity about “old authority,” and the military. These interests are reflected in Domingo Despotico II, which also forms part of Colección SOLO.

Issues of freedom, control and “how we are misdirected…without even noticing” are the protagonists of Mohamed’s latest paintings, then. Bright, shape-bending creations. And a dig at modern-day society to boot.

Raise ravens and they will pluck out your eyes at Peter von Kant, London
Until 28 October 2016