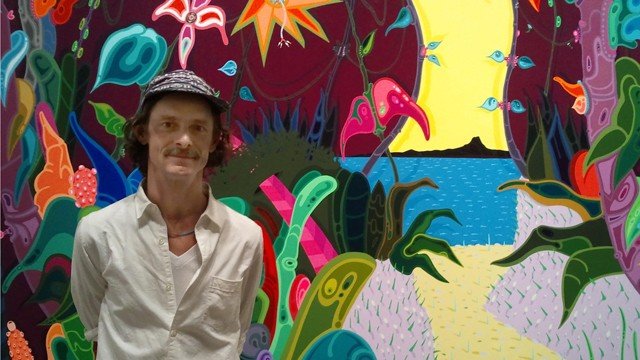 “I just like things to be charged and relentless,” says the master of psychedelic colour, Erik Parker.

Born in Stuttgart, Germany, Parker grew up in Texas and studied under Peter Saul at the University of Austin before completing an MFA at Purchase, New York in 1998. Inspired by American subculture — underground comics, graffiti, and the garish, trippy palette of the hippy movement — Parker creates powerful explosions of colour, from idealised landscapes to social comment.

Working principally in acrylics, Parker blends and names his own colours, using up to 200 different shades in each painting. The result is boisterous, irreverent and instantly recognisable. As the New York based artist explained to Juxtapoz magazine in 2013, these are “paintings you need a walking stick for.”

Since his first solo presentation in 2000, Parker has exhibited widely across the USA, Europe and in Japan. In 2012, Aldrich Museum of Contemporary Art hosted his first museum retrospective, Too Mad to be Scared. Parker’s work feature in numerous public and private collections, including MOMA New York, San Francisco Museum of Modern Art and the Montreal Museum of Fine Art, Canada. 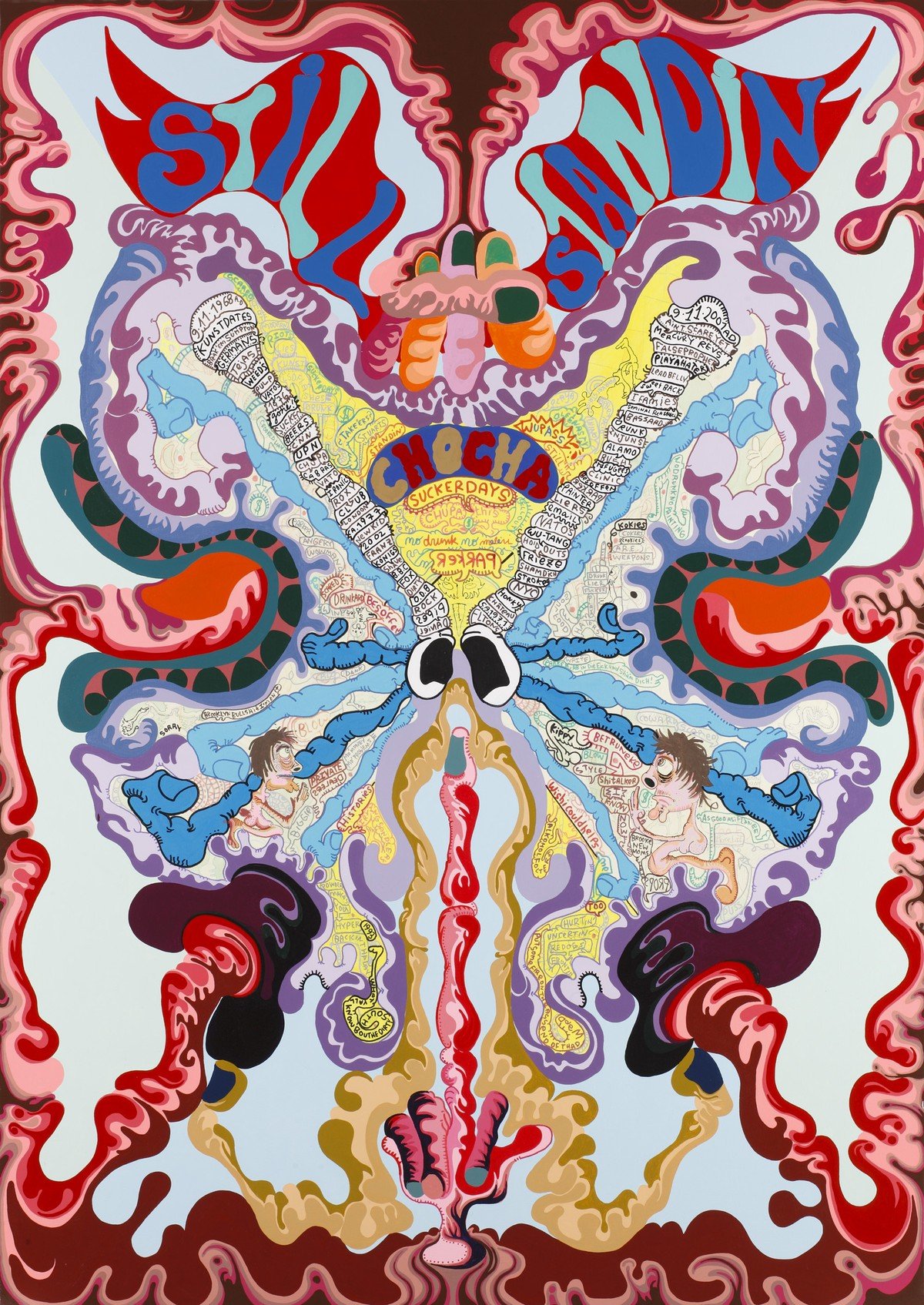