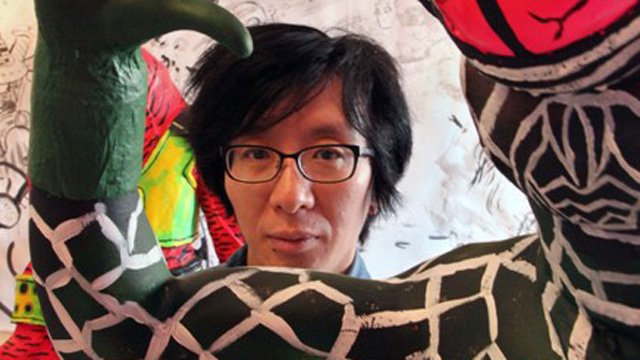 Born in Yamaguchi Prefecture, Japan, Hayakawa studied at the region’s Technical Institute before going on to work in illustration and comics. Major influences include the science fiction adventures and cartoons of his childhood, in particular Space Sheriff, a cult Japanese TV show aired in the early 80s. The US cartoonist and illustrator, Gary Panter, is also cited by Hayakawa, together with a range of musical inspirations, from pop to punk.

Using a mixture of different textures and techniques, fine lines, jelly-like forms and fluorescent colour, Hayakawa creates imagined scenes charged with energy and narrative flair. Since 2009, he has exhibited work in galleries across Tokyo, including at the Morishita Cultural Centre, and is a member of the Tokyo Illustrators’ Society. H held a solo show in Madrid in 2013 and his comic book LASERBEAM was released by the French publishing house Le Dernier Cri in the same year. 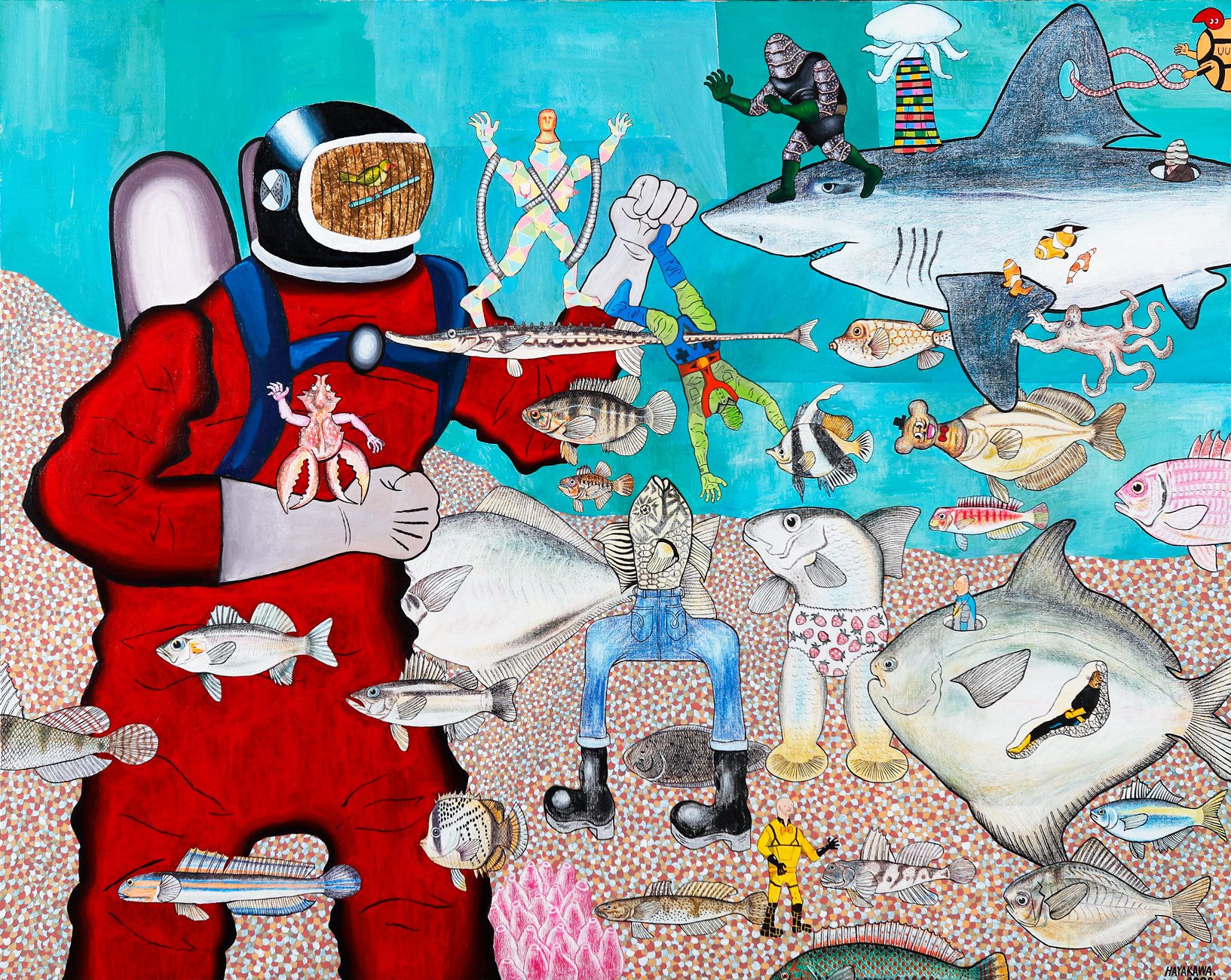 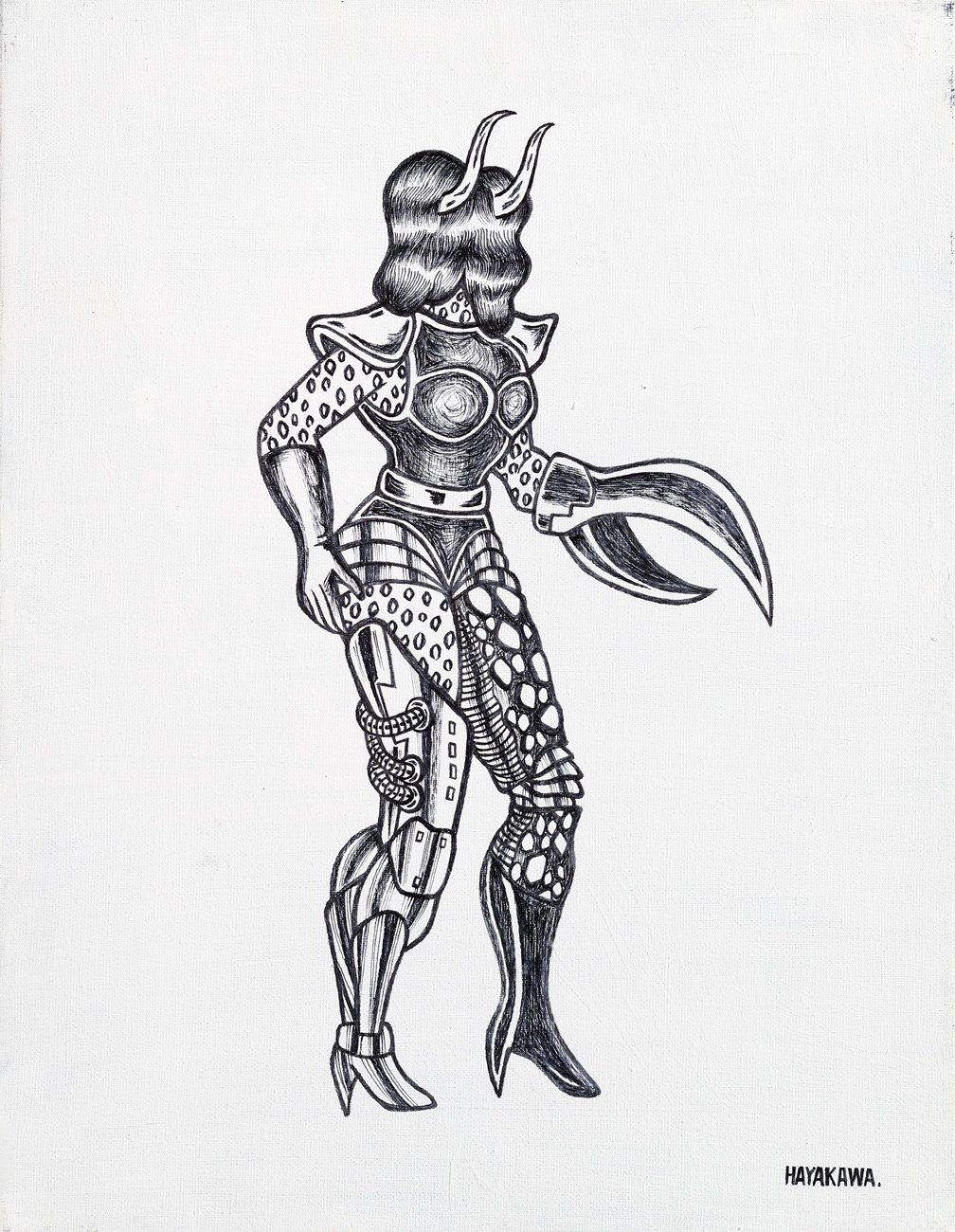 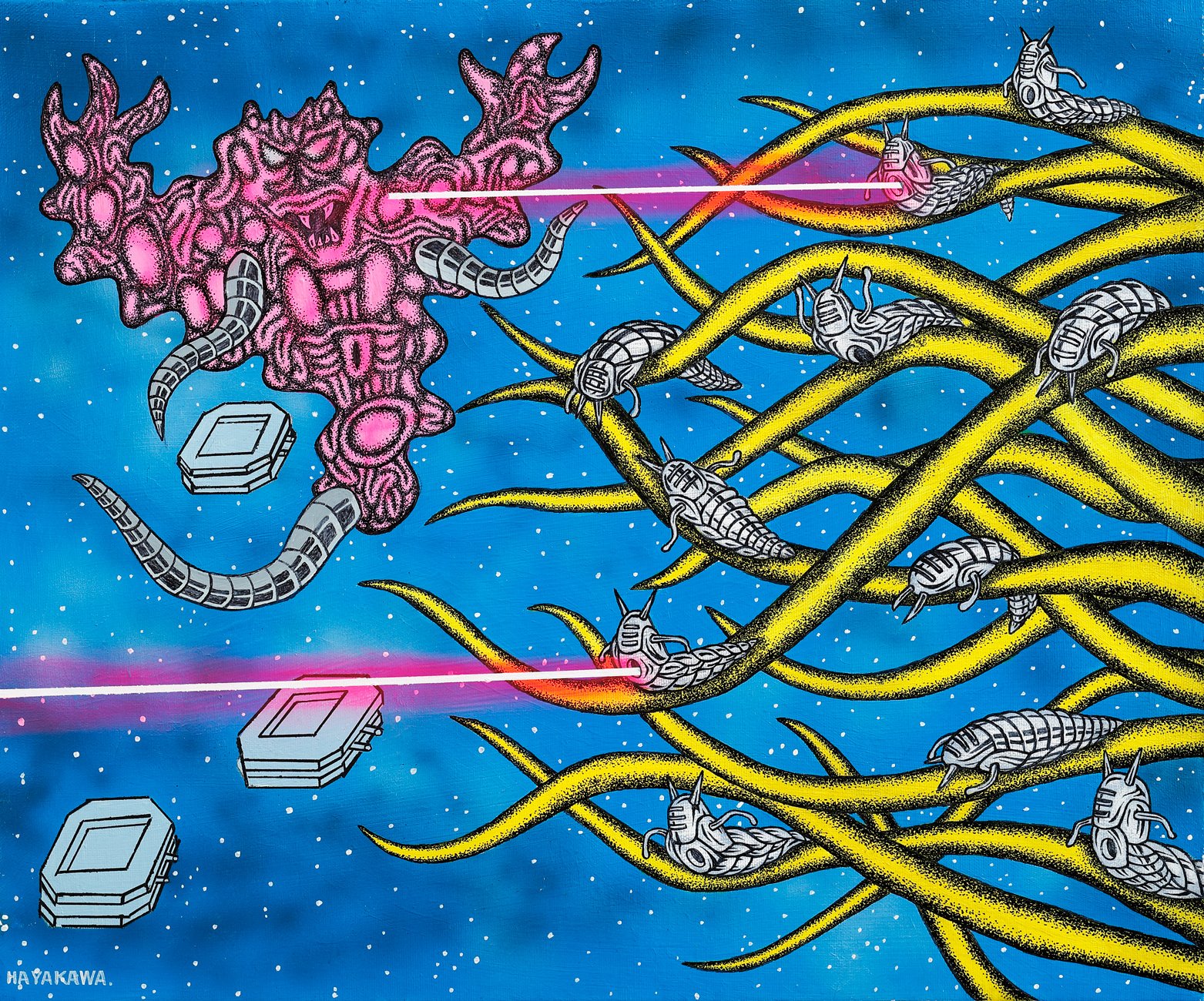 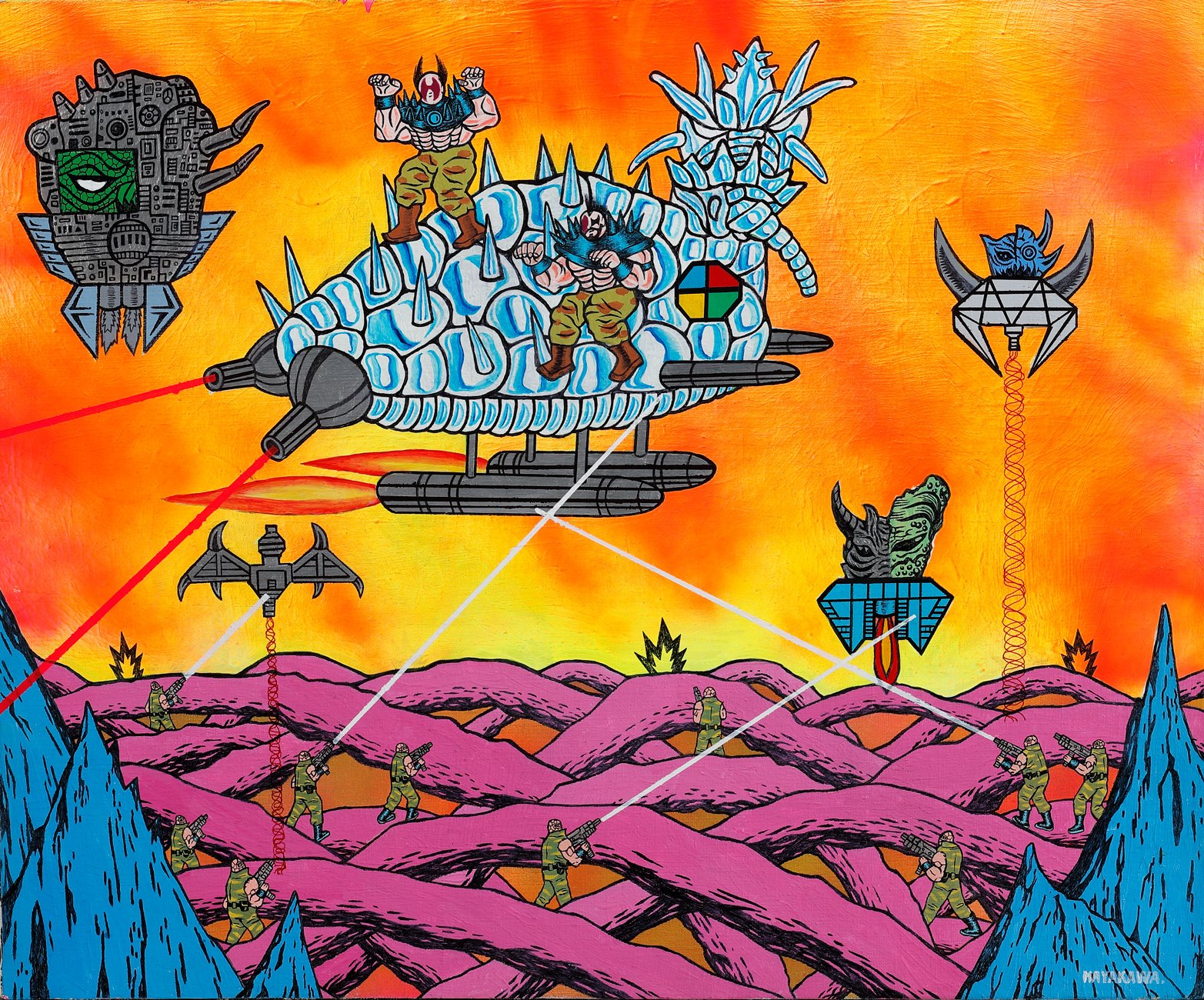 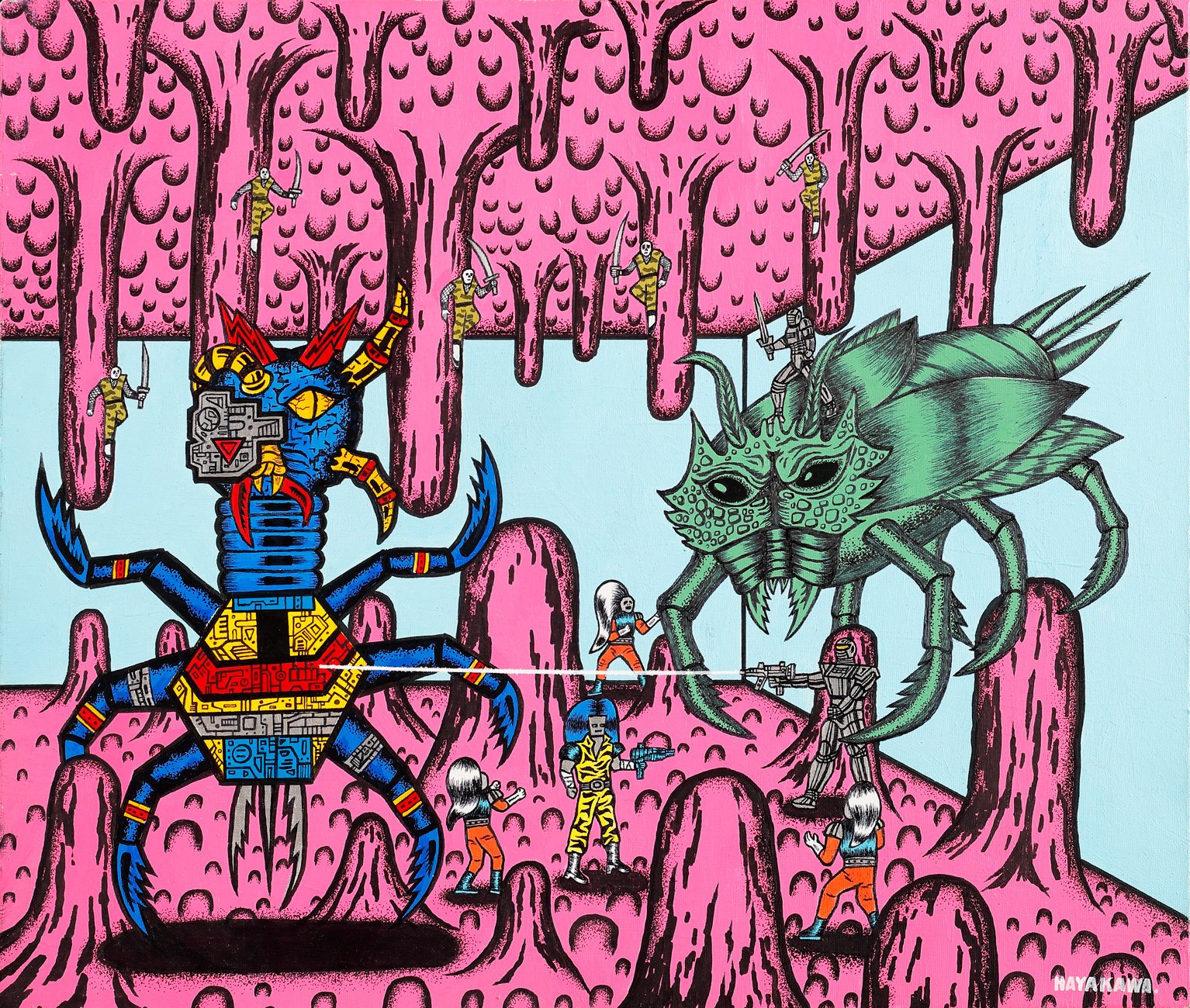 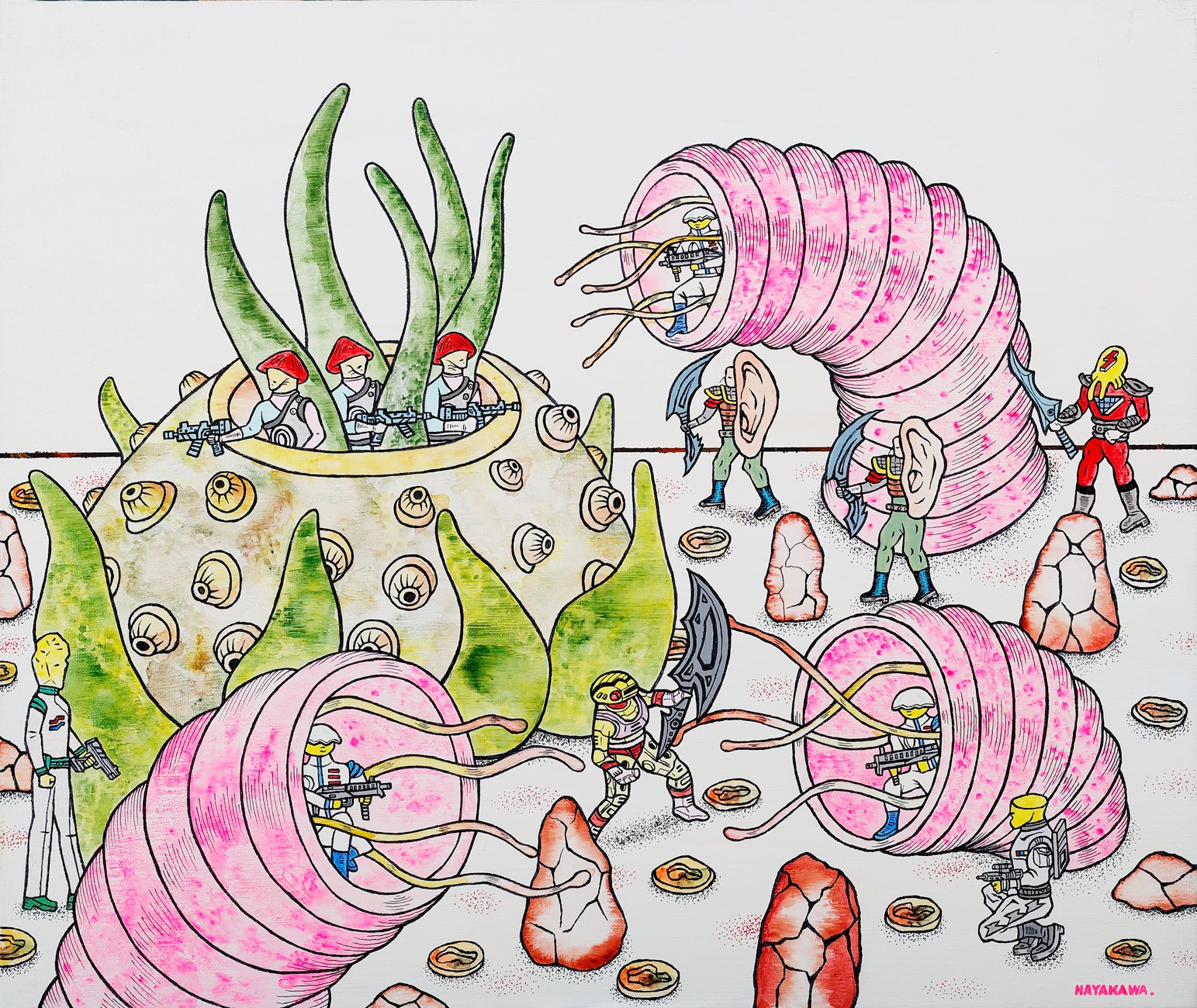 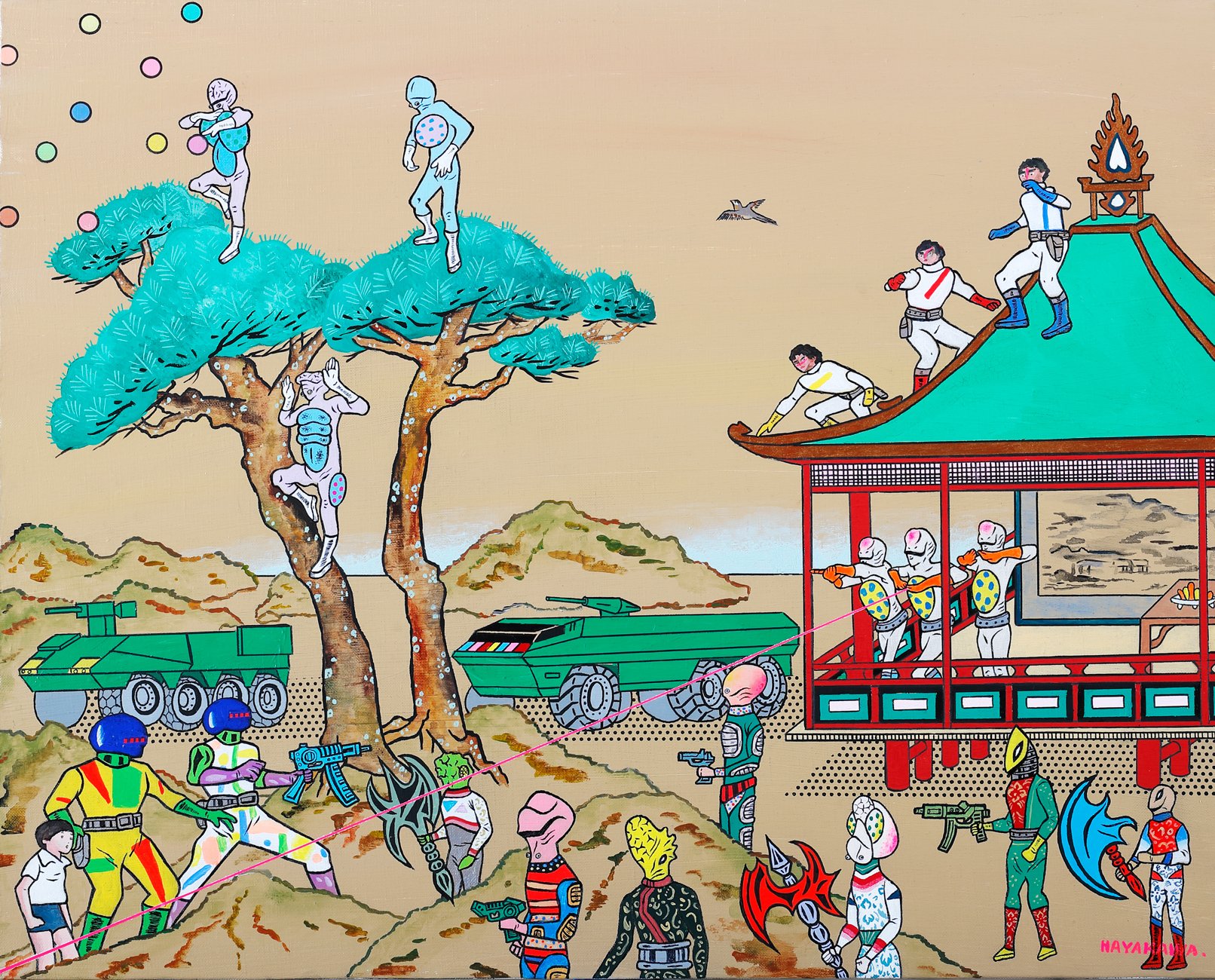 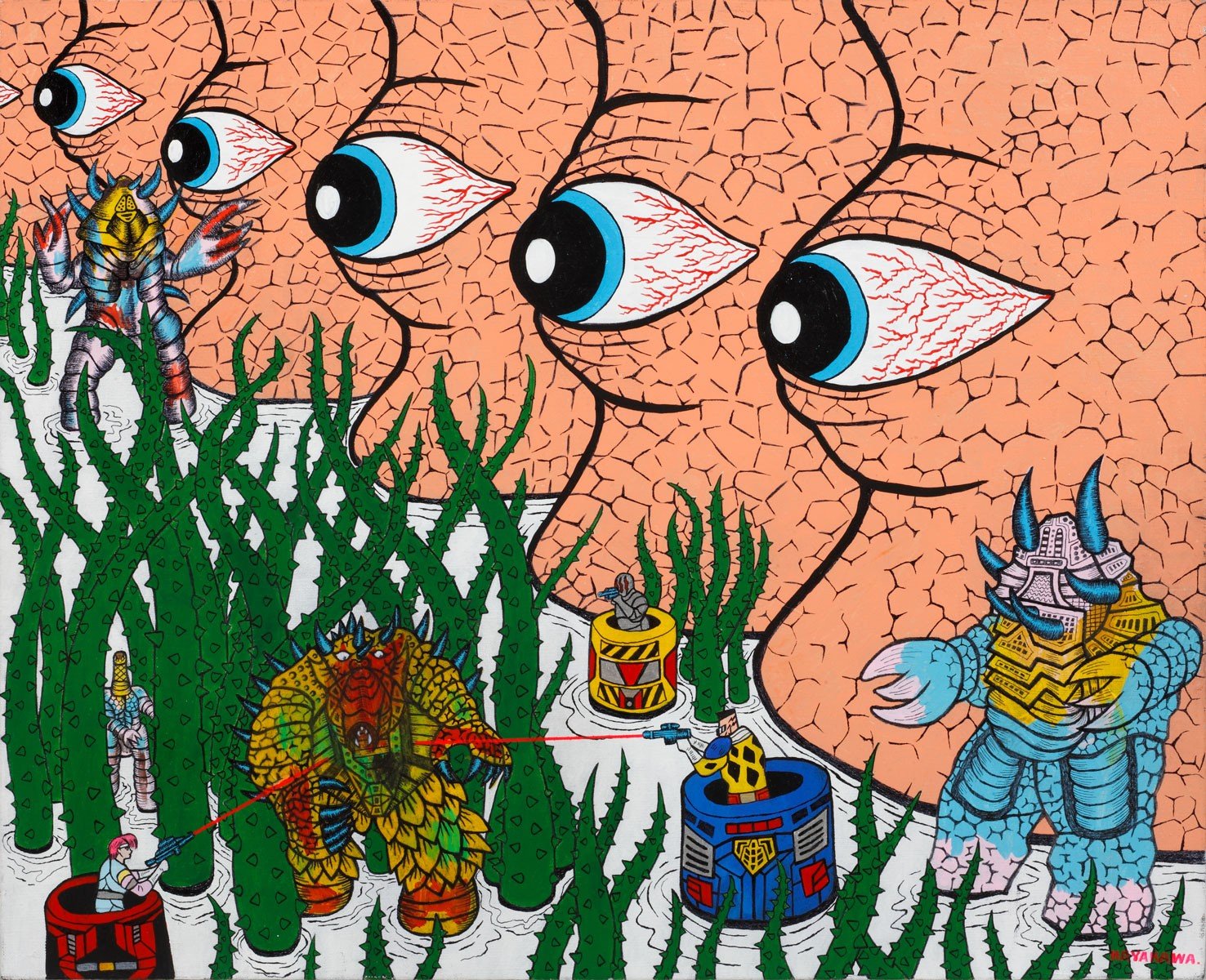 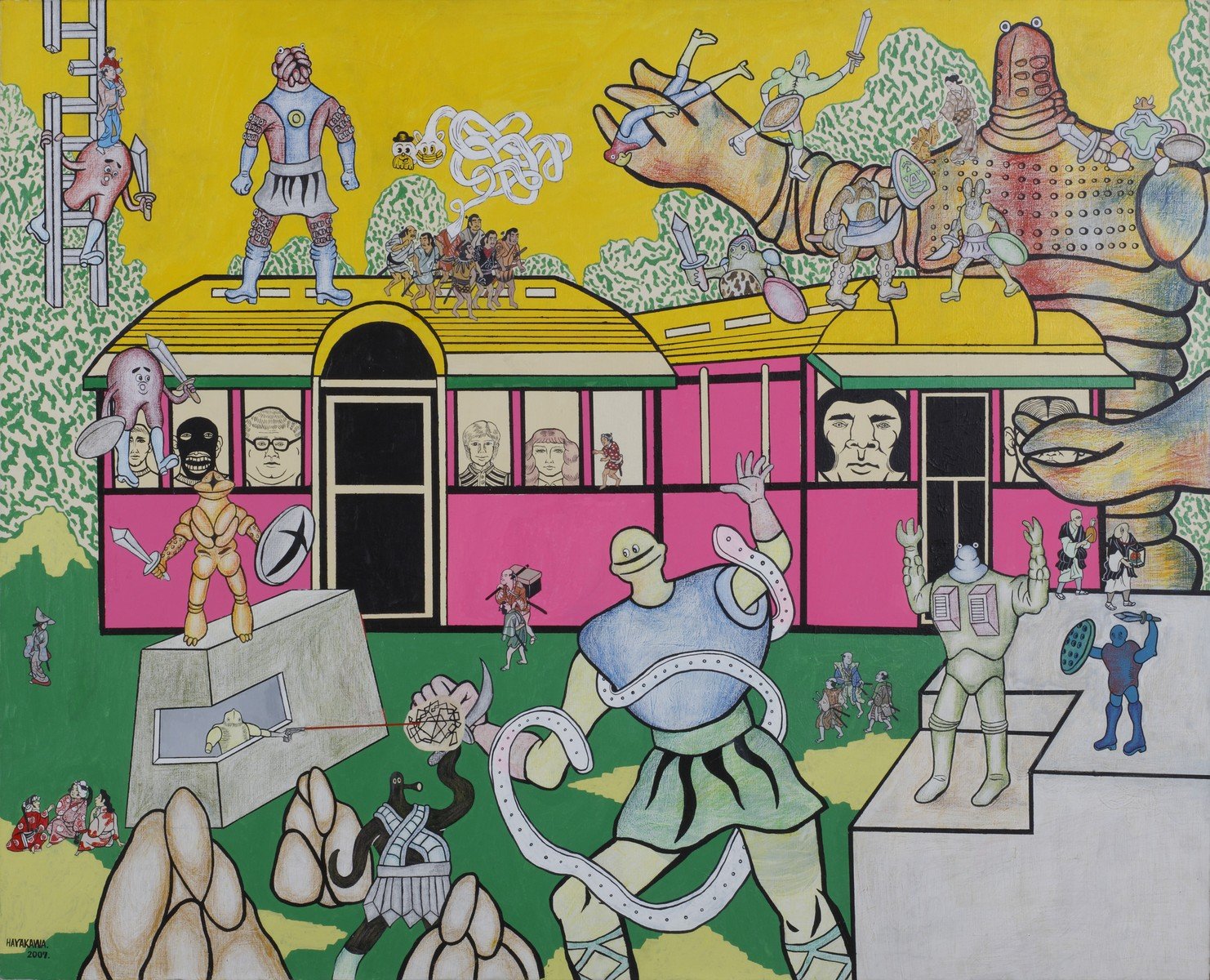