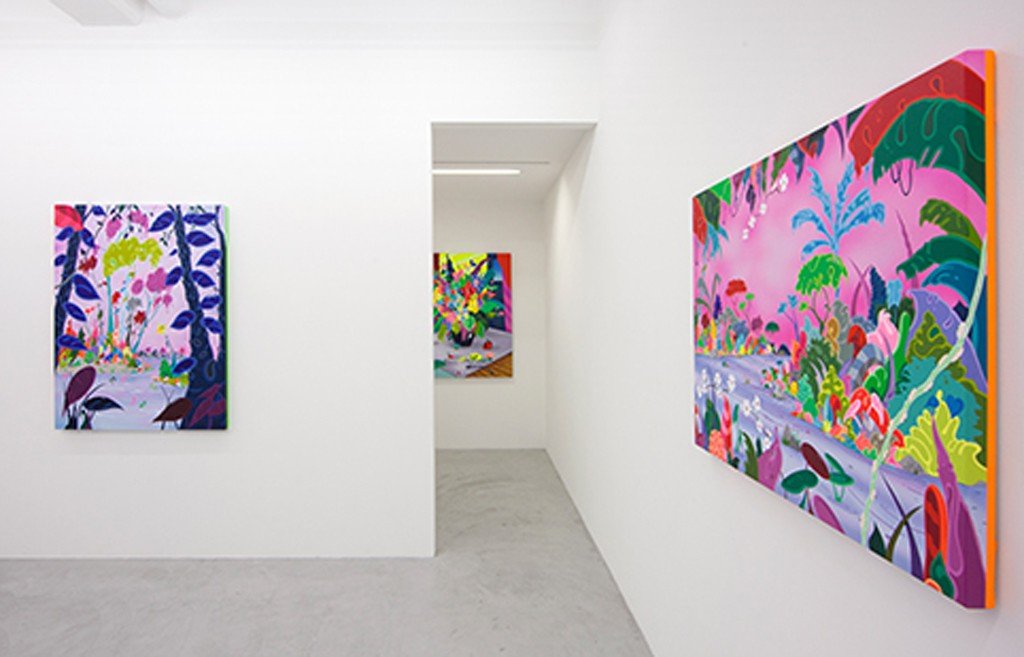 Beyond-bright cocktails of pop culture, music, and cheery subversion, Erik Parker’s works have travelled the world over. This month, the New York based artists takes his explosions of psychedelic colour to Nanzuka Gallery, Tokyo, for Double Down, his fourth solo presentation in Japan.

The exhibition comprises some ten different works, including a pyramid-shaped canvas and a new piece that combine two circular forms, recalling scenes viewed through binoculars. Parker’s trademark colours, contemporary still-lifes and landscapes, and his graffiti-inspired use of text are all on show too.

Parker’s distinctive blends of lowbrow, kitsch and street-influenced style have exhibited at public arts venues such as Aldrich Contemporary Art Museum and the Modern Art Museum of Fort Worth. His paintings feature in some of the most significant US collections, including MOMA, New York, while Colección SOLO recently acquired his large-scale piece, Still Standing (2016).