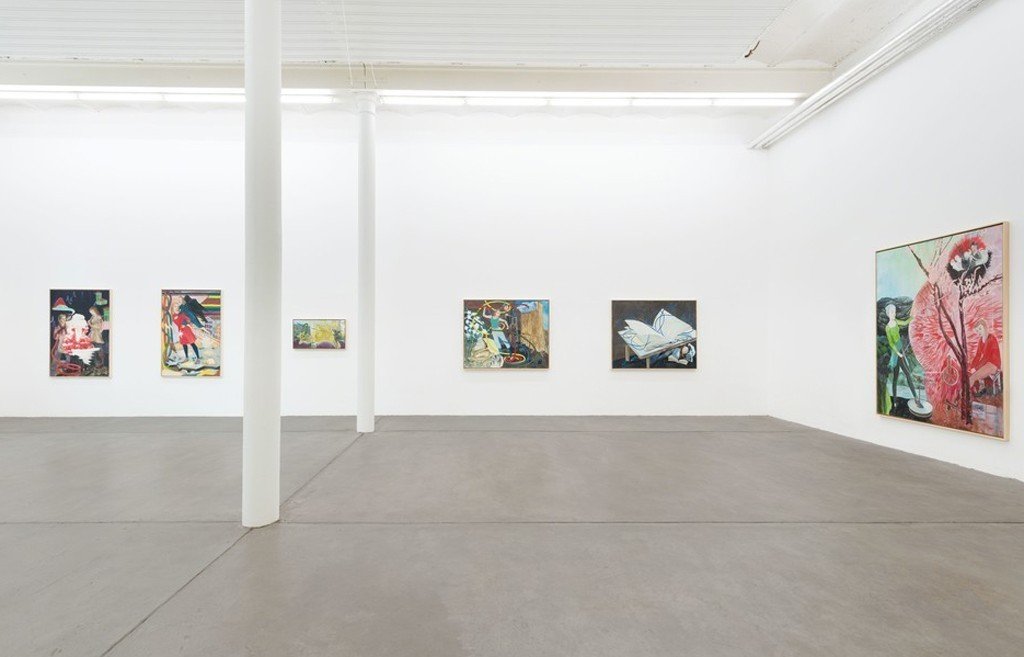 Colección SOLO is thrilled to announce that Rosa Loy’s Bearbeitung (2015) will soon be joining us in Madrid. Currently part of Loy’s solo show Maifeirer, running until June 11th at Galerie Kleindienst, Leipzig, this piece is a fine example of the German artist’s work; a delicious blend of fantasy, folklore and touches of social realism, which puts women at centre stage.

One of the few female artists associated with the New Leipzig School — and long-term partner of the renowned painter, Neo Rauch — Rosa Loy masterfully blends the technical excellence typical of German figurative painting with an intimate, fairytale-like feel.

Bearbeitung will join a growing collection of German figurative works at Colección SOLO, which already holds six pieces by Tilo Baumgärtel, such as Patron, Fumetti and Daily Nietzsche, and five large-scale works by Ruprecht von Kaufmann, including his eight-metre-long circus scene, Fabel.