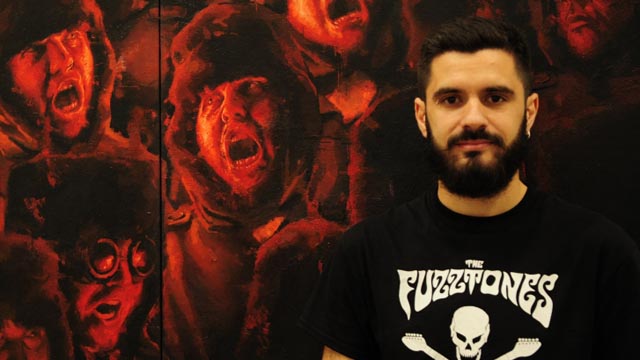 An emerging talent in figurative painting, Víctor Solana journeys into a world of doubt, anguish and torment with his darkly intense artwork.

Born in Zaragoza, Spain, Solana graduated with a BFA from San Carlos University, Valencia, in 2009. He went on to complete studies in figurative painting under Antonio Lopez at Pamplona University then continued his training in Berlin with a Leonardo Scholarship. Clearly drawing on artists such as Goya, Bacon, Nolde or Egon Schiele, Solana portrays the human psyche at its most vulnerable. Perturbed characters gaze out at us; wretched, elongated figures in conical hats are caught unawares; bandaged bodies struggle some undefined inner turmoil.

Since 2007, Solana has exhibited work across Spain as well as in Berlin, hosting half a dozen solo shows over the past five years. In 2014, he received the Aragon Art Critics Association Prize and his paintings appear in a number of Spanish public collections, including the Aragon Museum of Contemporary Art and San Quirce Royal Academy of History and Art, Segovia. 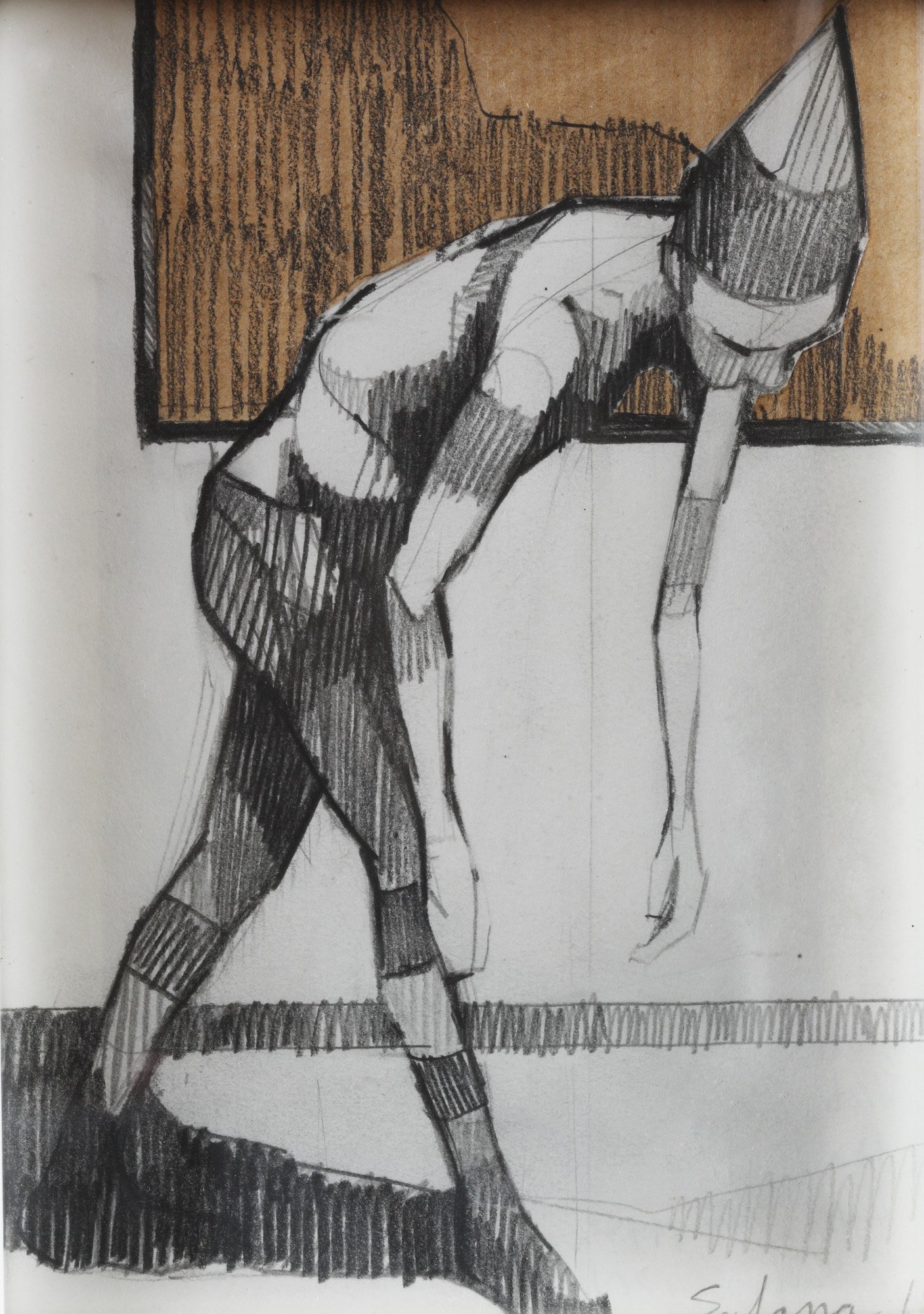 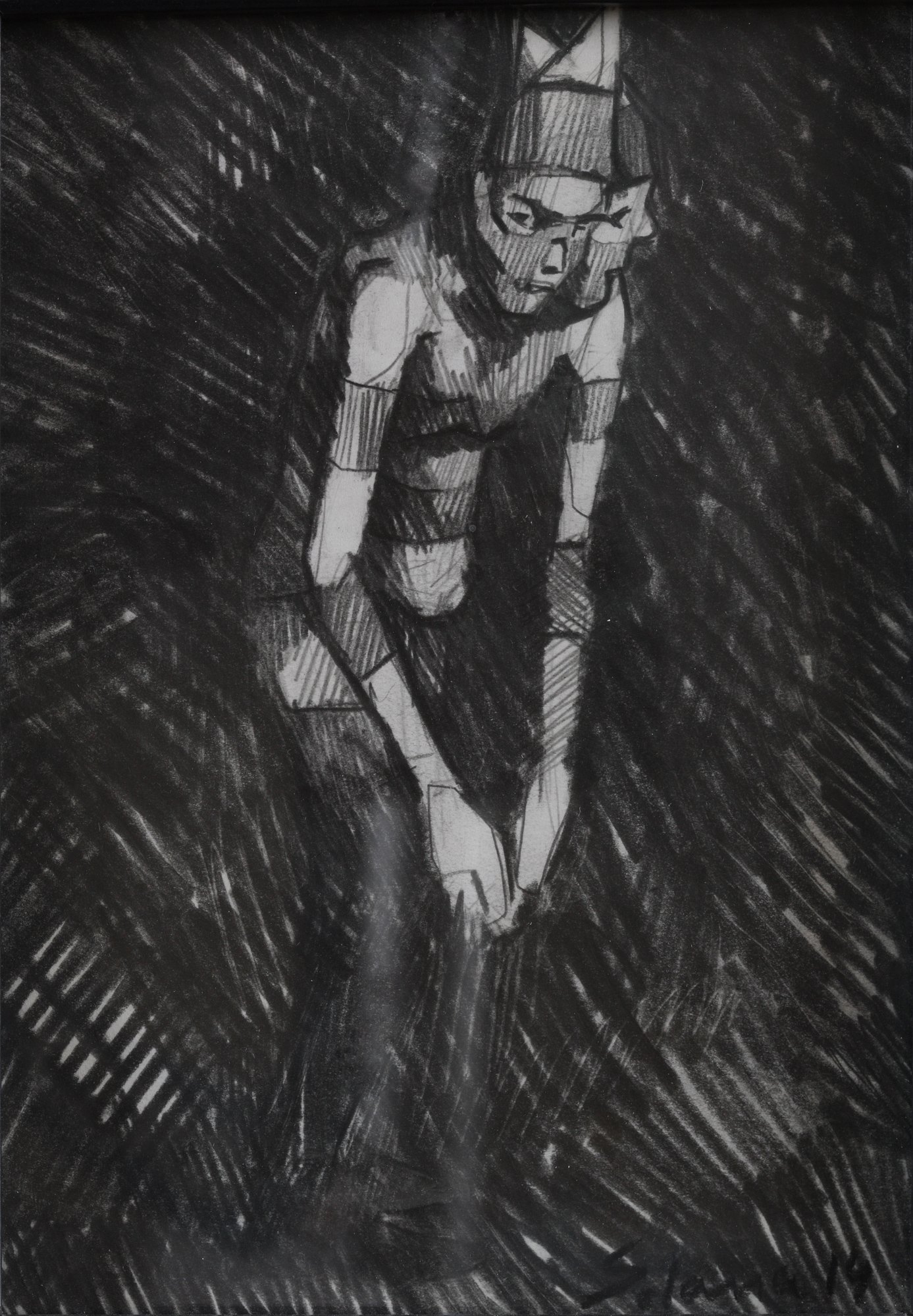 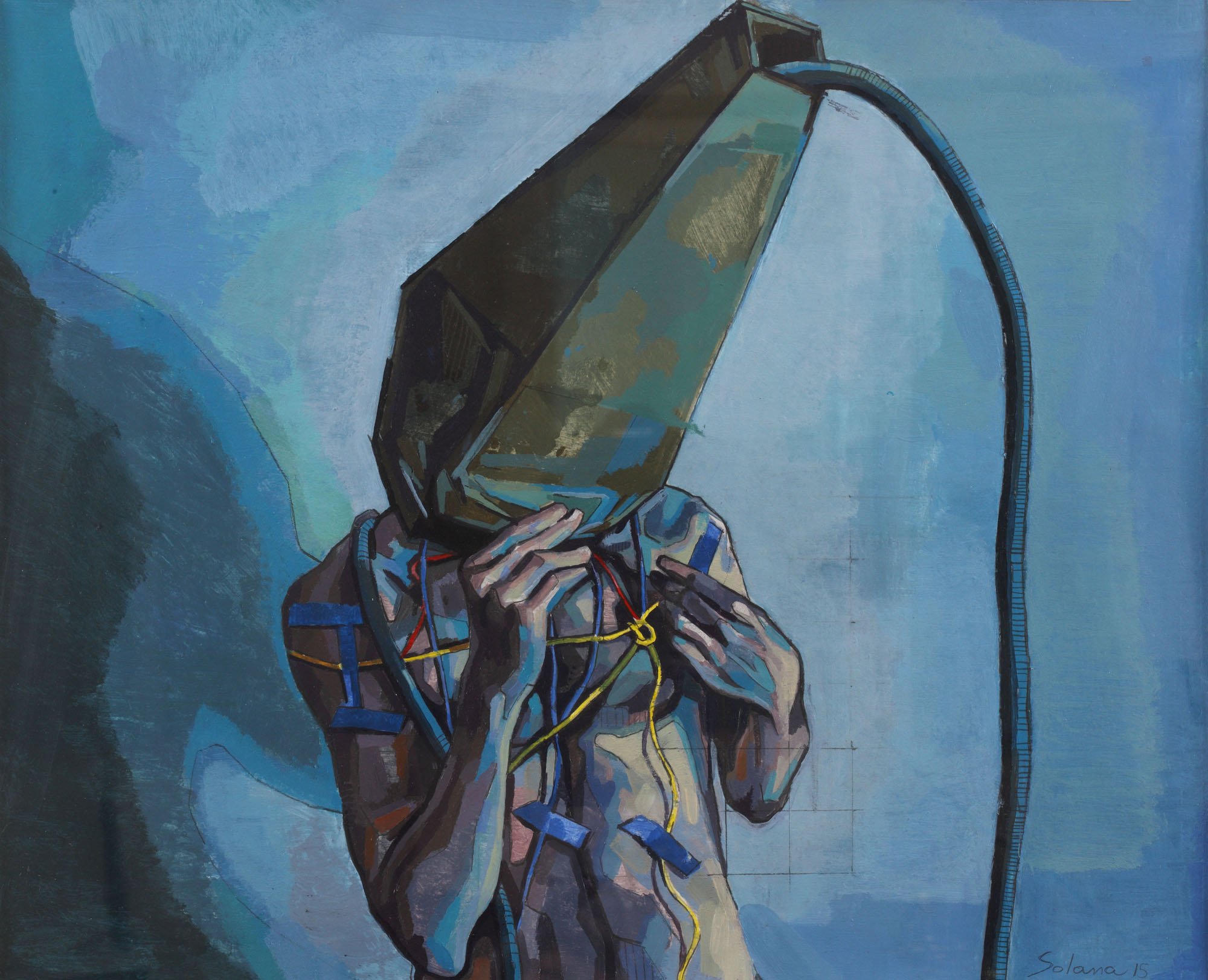