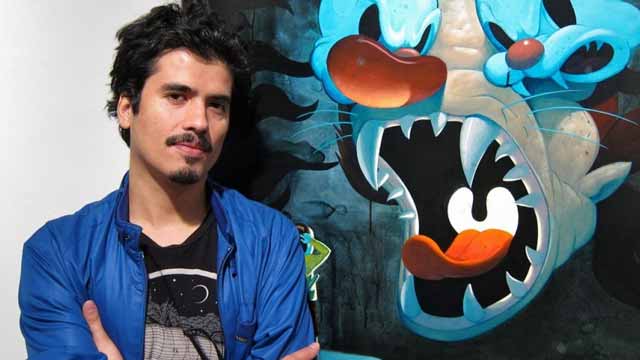 Bold, unflinching and relentlessly critical, Víctor Castillo’s work challenges viewers to reflect on the sinister side of human nature.

Castillo was born in Santiago de Chile and grew up during Pinochet’s dictatorship.

Disillusioned with art school, he joined the experimental collective, Caja Negra, creating mixed media sculpture and video installations, before finally choosing to develop his artistic career abroad. He moved to Barcelona in 2004 and is currently based in Los Angeles.

In Castillo’s paintings, a cast of menacing, hollow-eyed children convey tales of greed, conspiracy and the brutality of power. Lush, classical landscapes and dramatic Baroque lighting complete the effect. Classical masters such as Goya, along with references from popular culture, including vintage cartoons, rock music and film, are all cited by the artist. Cautious of the “Pop Surrealist” label, Castillo considers his paintings to be “of the subconscious…like political poetry, in a way.”

Solo exhibitions of Castillo’s work have been held in the USA, UK, Germany, Spain  and Chile, and his paintings have been featured in magazines and group shows  worldwide, including Apocalypse Wow (2009) at the Museum of Contemporary

Art in Rome. He has also created large-scale wall murals for the Chilean National Museum of Fine Arts, the Museum of Modern Art in Chiloe, and the Centre for  Contemporary Culture in Barcelona, Spain. 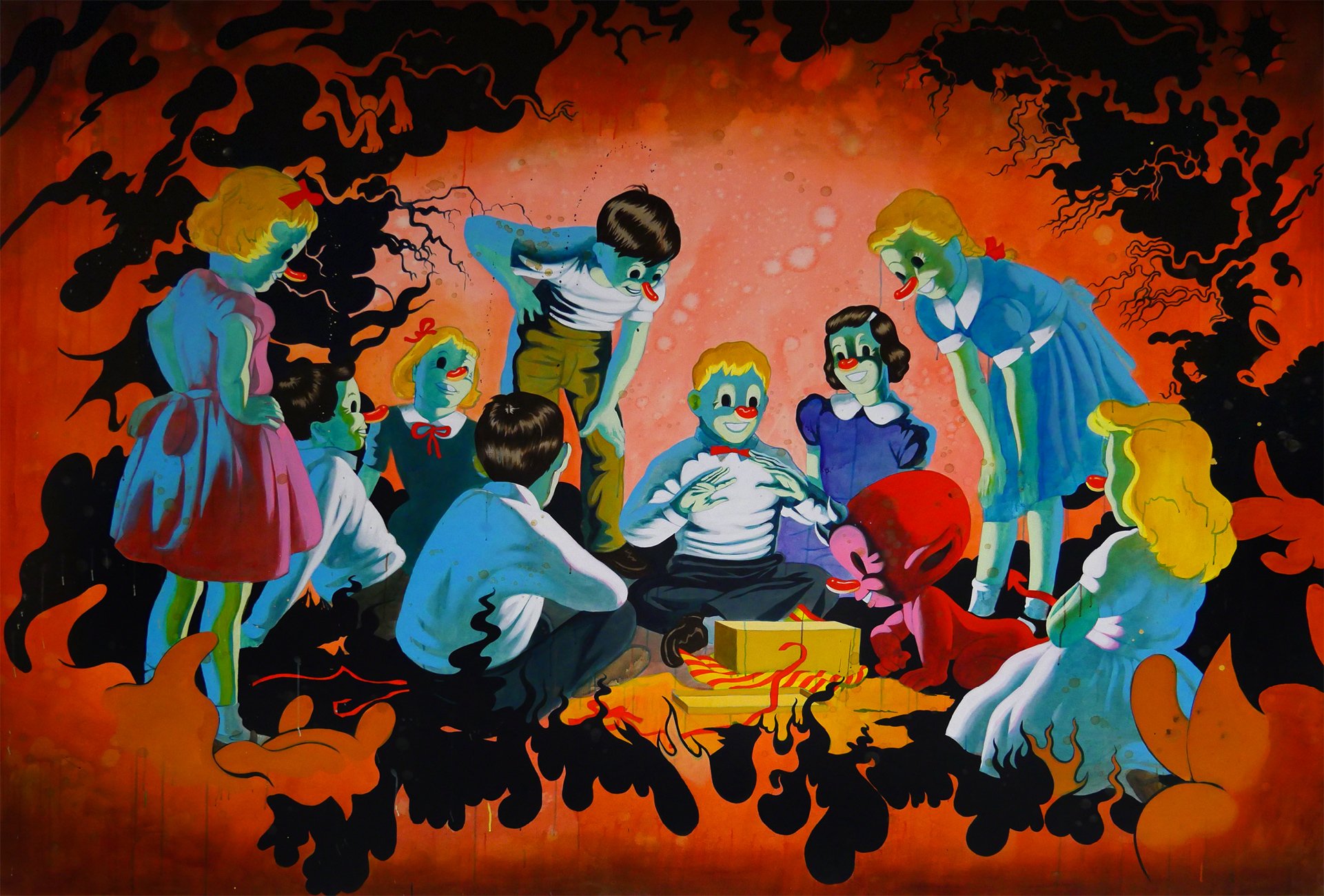 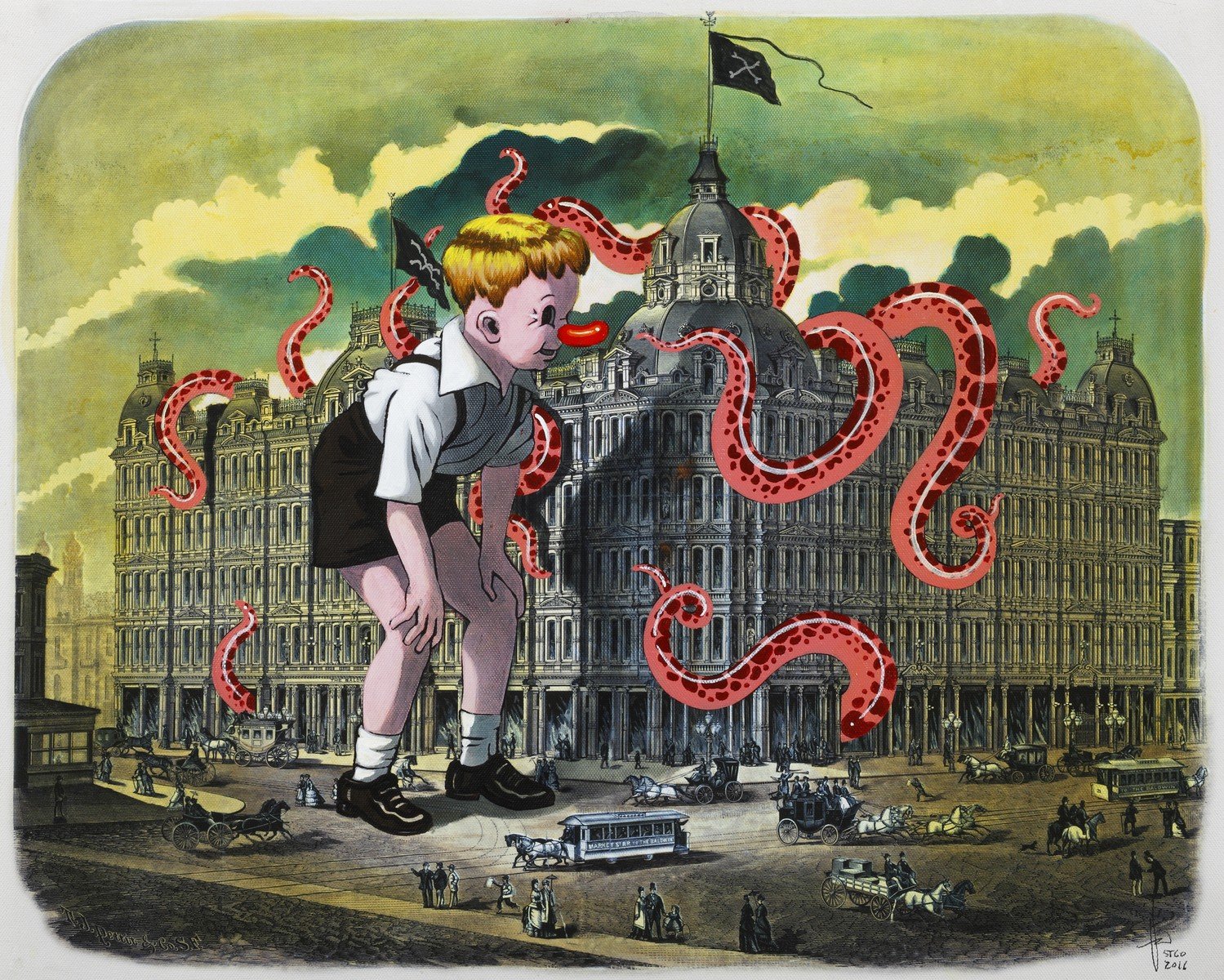 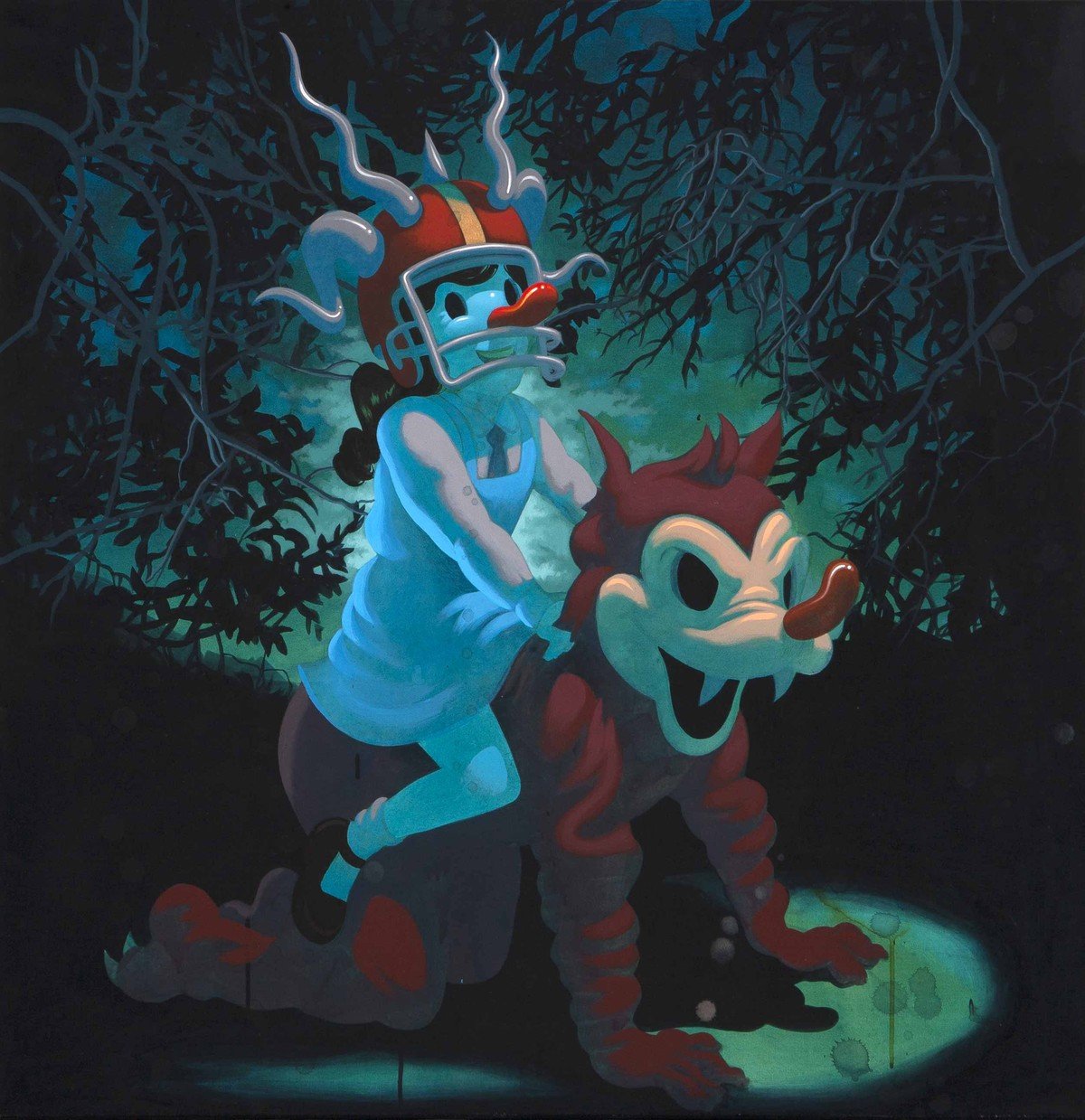 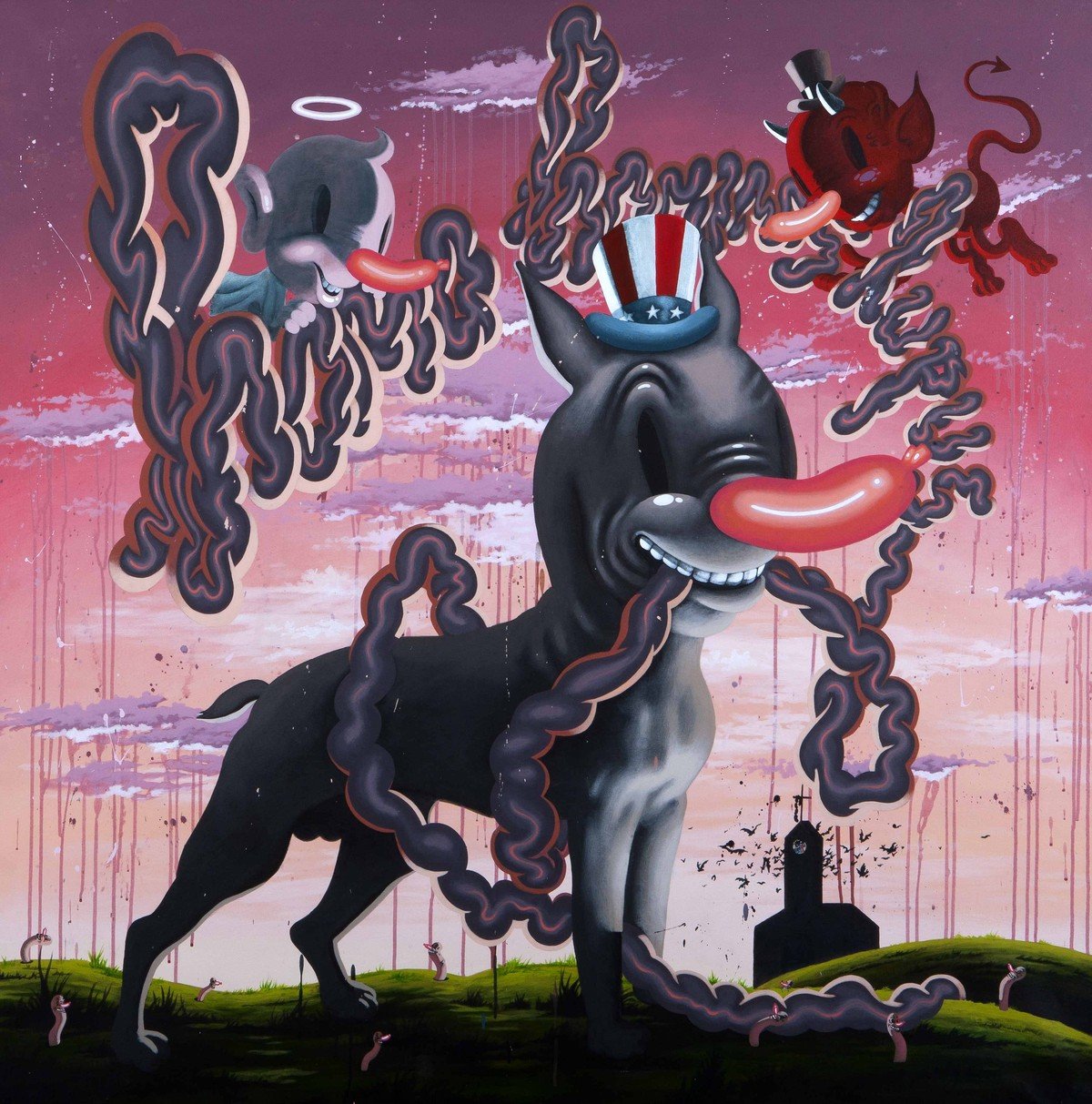