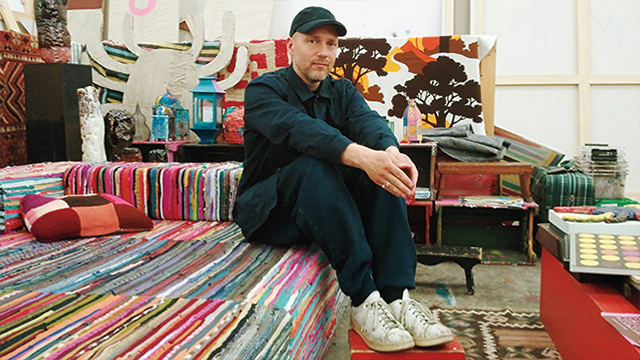 Tal R (Tal Shlomo Rosenzweig) was born in 1967 in Tel Aviv to a Czechoslovakian Jewish father and Danish mother. When he was one year old, his family moved to Denmark, where he grew up and went on to study at the Royal Danish Academy of Fine Arts. To describe his work, the artist cites the Hebrew word kolbojnik (“leftovers”), explaining that, “I constantly have this hot-pot boiling and I throw all kinds of material into it.” Figurative and abstract imagery, expressionism, fauvism and outsider art all feed into his creations, which are often rich in art historical references, religious allusion and humour.

Exuberant colour, with paint squeezed straight onto the canvas, characterise the paintings for which Tal R first became known from the late 1990s onward. Recurring imagery such as stripes, hills or starburst patterns later begin to appear in artworks that embrace collage, while everyday objects and places provide the starting point for faux-naif figurative works.

Tal R has exhibited across the globe, including individual shows at museum venues such as the Louisiana Museum for Modern Art in Denmark, CAC Malaga, and the Museum of Contemporary Art, Detroit. He won the Carnegie Art Award 3rd Prize in 2002 and the Eckersberg Medal in 2005, and held a professorship at the Kunstakademie Düsseldorf from 2005 to 2014. His artwork features in prestigious collections worldwide, including the Centre Pompidou, Paris, the Saatchi Gallery, London, and The Art Institute of Chicago, among many others. 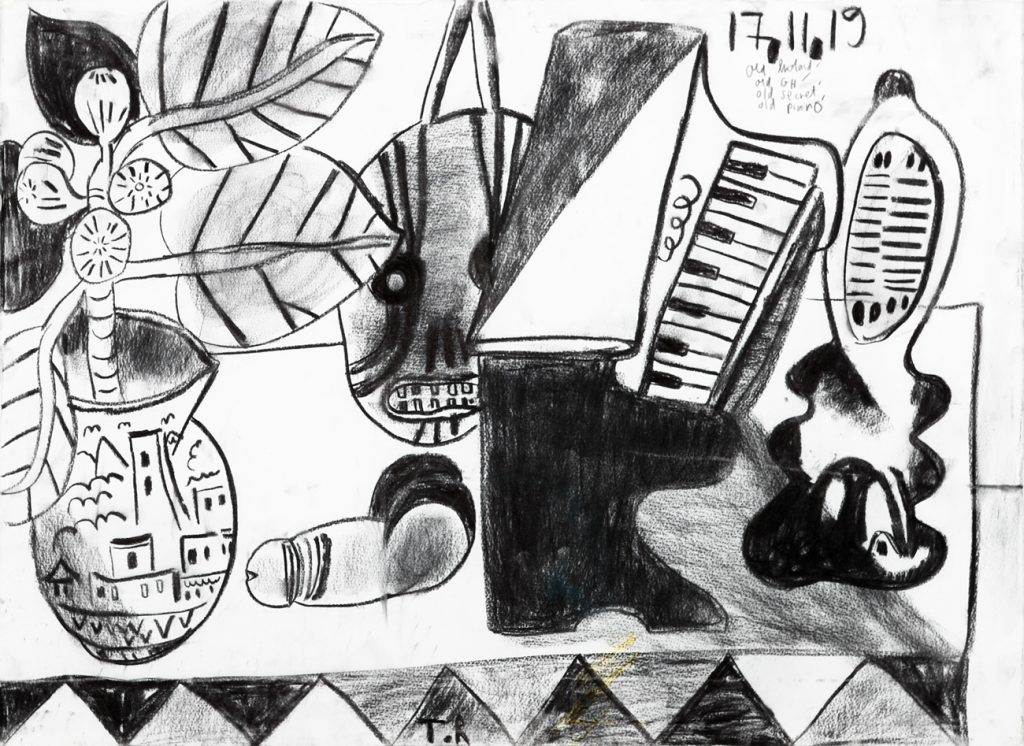