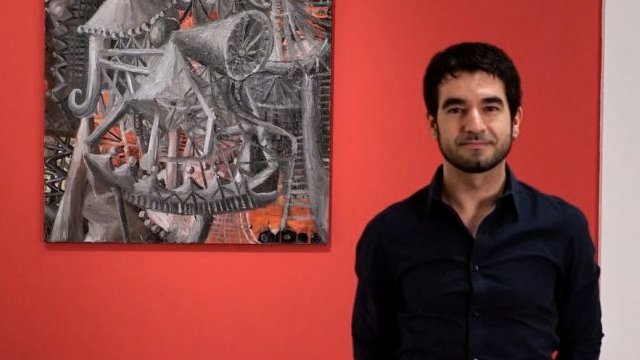 It is the in-between places that appeal to Italian artist Siro Cugusi, the fluid spaces where dreamscape meets reality and rationality steps aside. His paintings and sculptures tread a fine line between the figurative and the abstract, characterised by layers of information in different media and suggestions of recognisable forms. As Cugusi explains, “In a way, artists are alchemists, so as an artist, I try to find the right compromise, the correct equilibrium and order, a sort of balance of elements.”

Cugusi studied at the Academy of Fine Arts in Sassari, Italy, where he finished his MFA in 2004. A forager of ideas and feelings, he collects notes, photos and sketches of memories, events and peoplewhich then feed into his work. He describes his pieces as “not so much a picture, but a state of thoughts and feelings”, created using an array of different materials including oils, enamel, acrylics, spray paint, marker, pencil and oil wax pastel. Formal design elements such as lines and shapes are often expressed in fleshy, chewing gum pink reminiscent of Philip Guston. In his sculptures, meanwhile, bulbous elements give the impression of a growing, natural mass.

Since 2003, Cugusi has participated in group shows in Europe and USA, and has held solo presentations in New York, Copenhagen and Los Angeles, among others. In 2017 he completed a Lux Art Institute Residency in California. 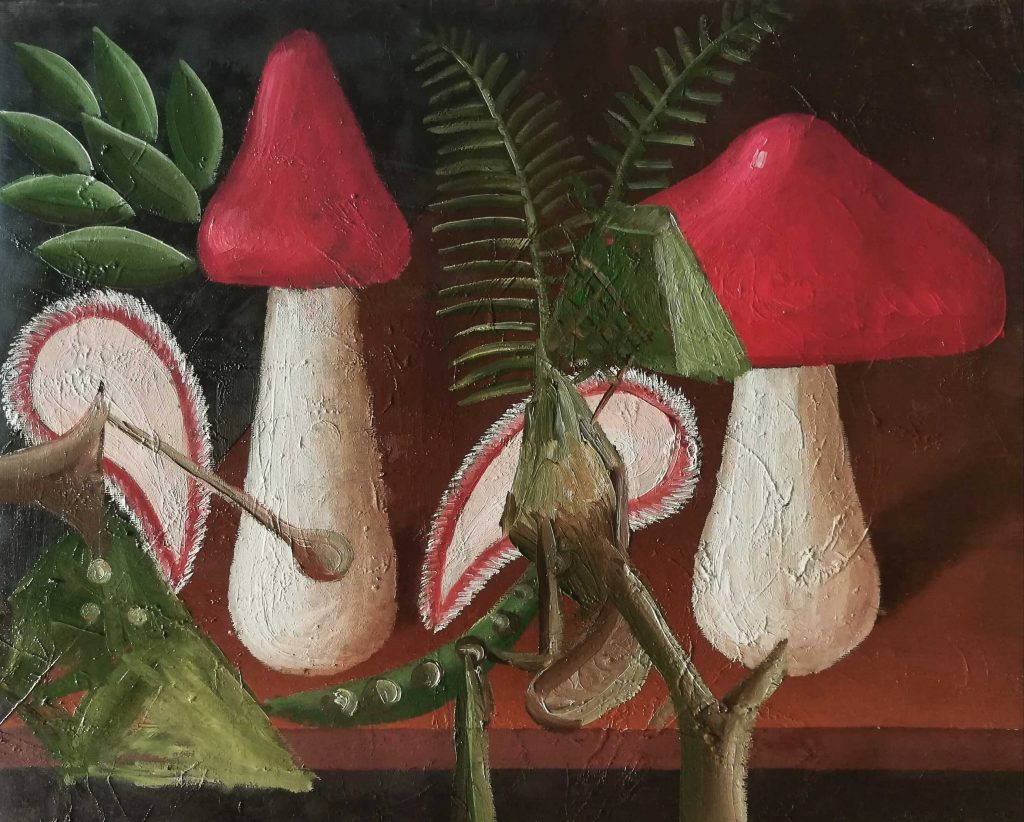 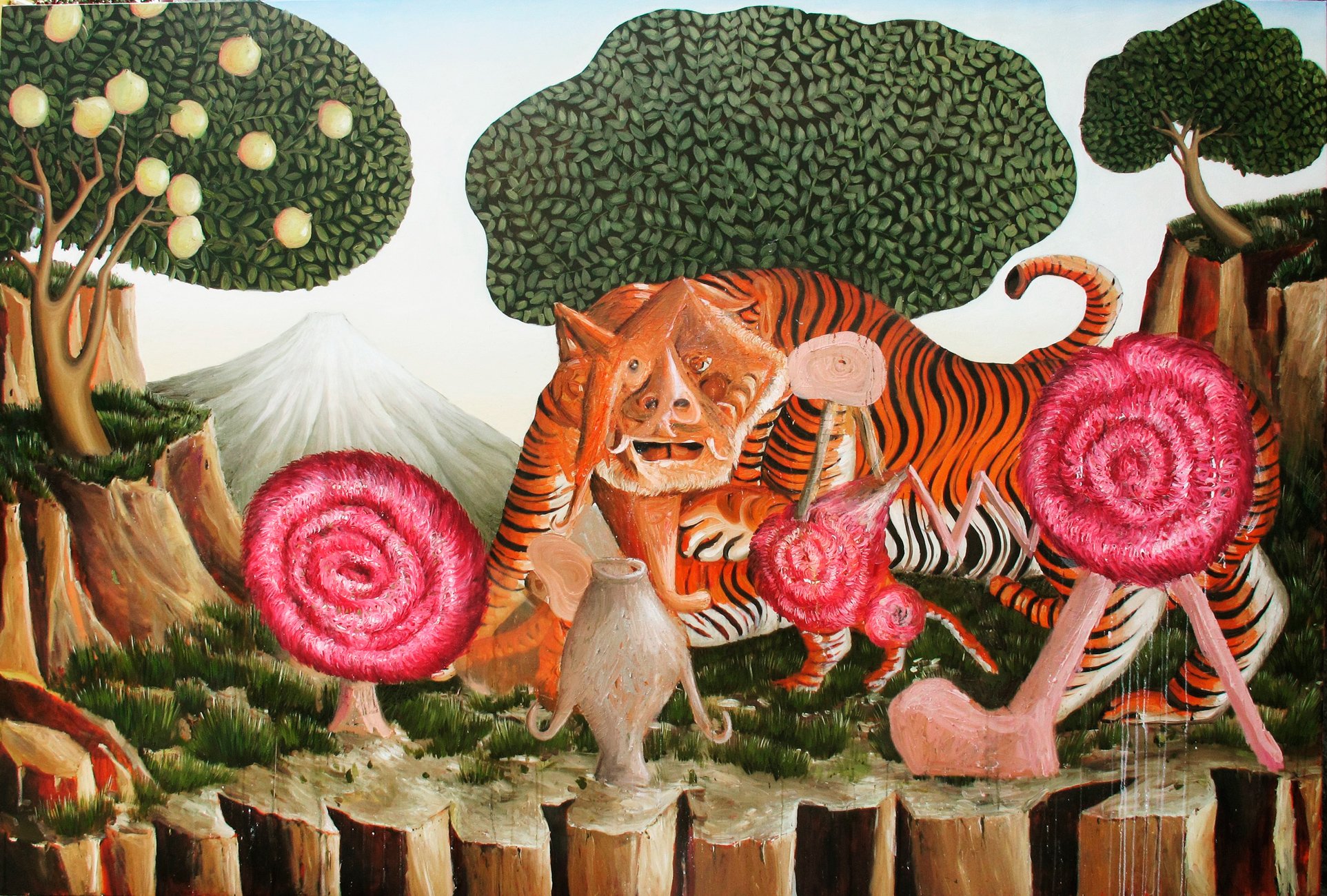 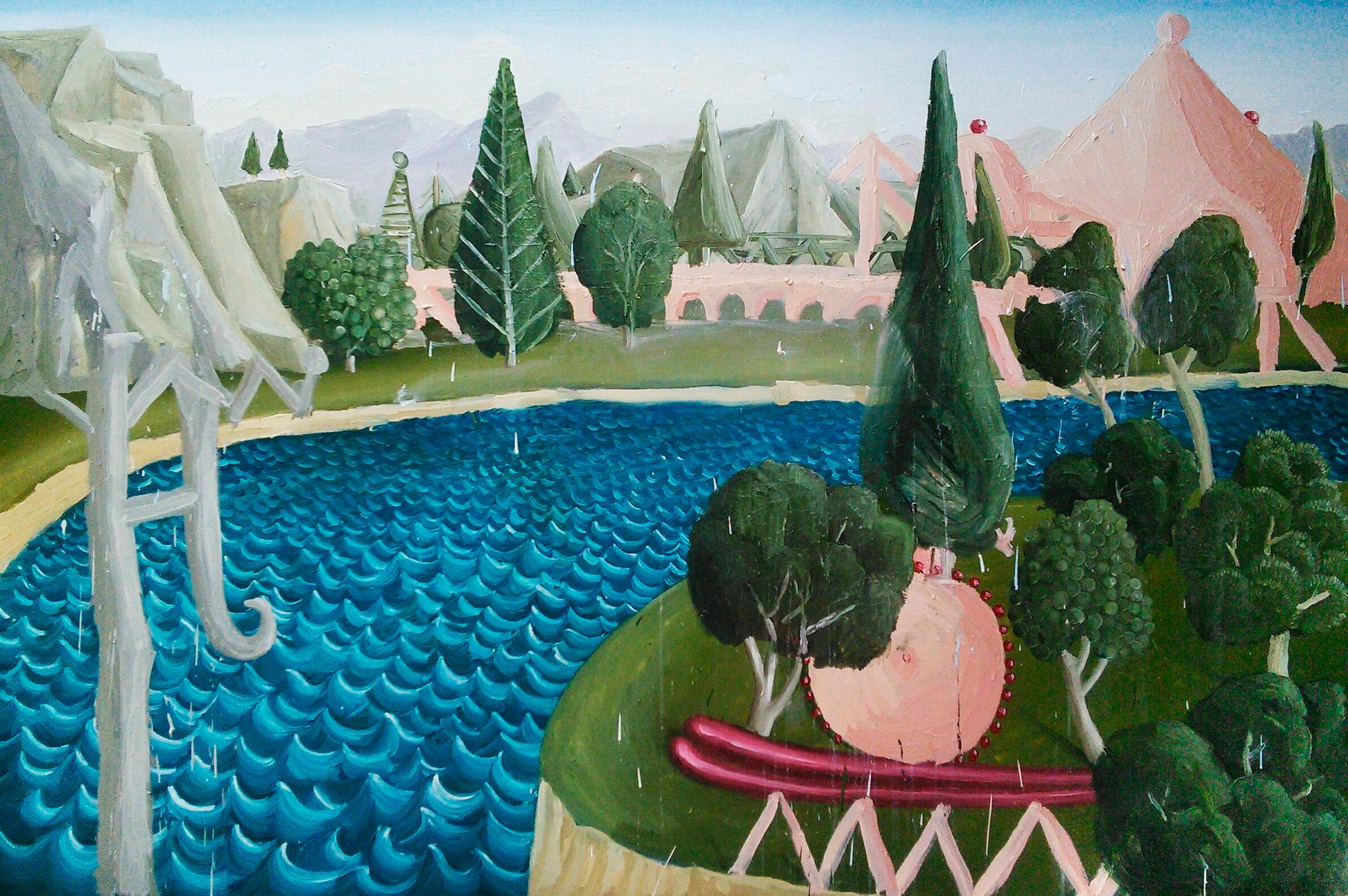