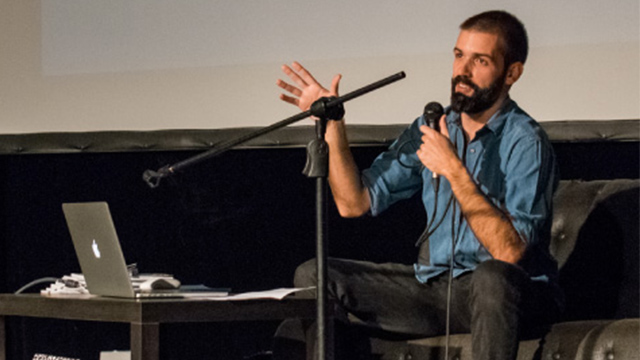 Sholim’s work draw heavily on surrealist imagery by artists such as René Magritte or Salvador Dalí, and inevitably recall the visual universe of Monty Python star and filmmaker, Terry Gilliam. However, his chosen media — the short video loop or GIF — is very much of the present. Sholim is one of a new generation of artists whose inspiration, tools and audiences are to be found online. “The entire internet is my influence,” says the Belgrade-born animator, who has shared his work on social networks since the early 2010s.

Satire plays an important role in Sholim’s work too, which tackles consumer culture, militarism and fears of techno dystopia with elegant doses of humour. Real-life characters such as Facebook founder Mark Zuckerberg have been portrayed in Sholim’s GIFs, while collections such as the Half Machine – Half Human Portrait Series play on identity and the emergence of post-humans. Sholim’s creations have featured in group exhibitions and arts festivals around the world, including at museum venues such as the Taipei Digital Arts Center, Palais de Tokyo, Paris, and the Museum of Moving Images in New York. 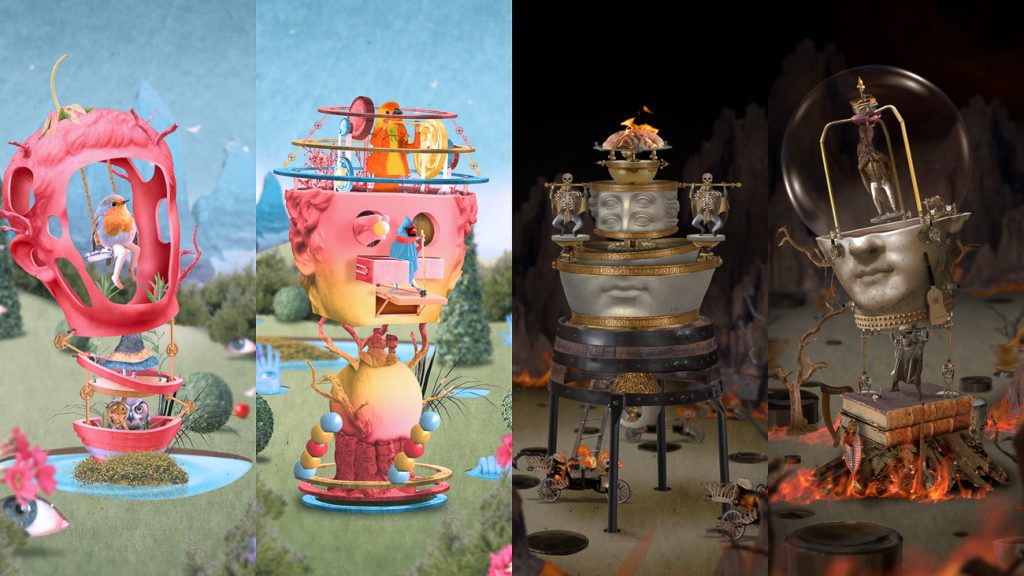