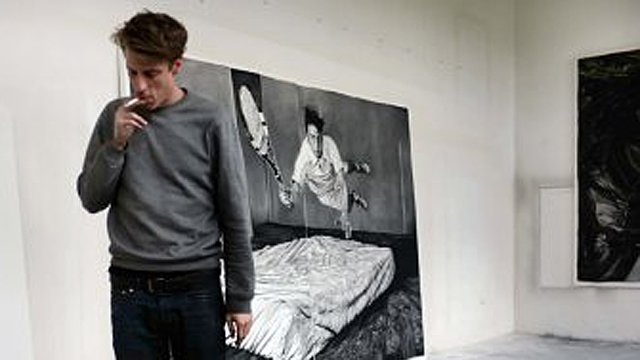 On the borderline between reality and imagination, Rinus Van de Velde’s large-scale charcoal drawings combine humour, observation and hearty helpings of existential angst. His “fictional autobiographies” draw viewers into scenes from fragmented narratives, cinematographic stills from a seemingly larger story where the artist himself is continuously re-cast and re-invented as protagonist.

Born in Leuven, Belgium, Van de Velde trained at the St Lucas School of Arts in Antwerp before completing postgraduate studies at the Higher Institute of Fine Arts in Ghent (2010). Although first attracted to sculpture, Van de Velde always enjoyed the “easiness” of drawing, the need for no more than pencil and paper. Large-scale works enable him to “sculpt the charcoal with my fingers and palms,” creating an enveloping, near 3-D effect.

Van de Velde cites influences ranging from Philip Guston to Jean-Michel Basquiat and fellow drawers, Paul Noble and Raymond Pettibon, while his own pieces are fruit of a creative process which involves building sets, then staging and photographing each scene before expressing his narratives on canvass. The works’ photographic quality lends authenticity, while captions provide further clues for viewers.

Since 2004, Van de Velde has participated in group shows the world over. He has held more than 30 solo exhibitions across Europe and the USA, including at prestigious museum venues such as CAC, Malaga, Kunsthalle, Sao Paolo, and SMAK, Ghent.

Suddenly, out of nowhere, with no known cause 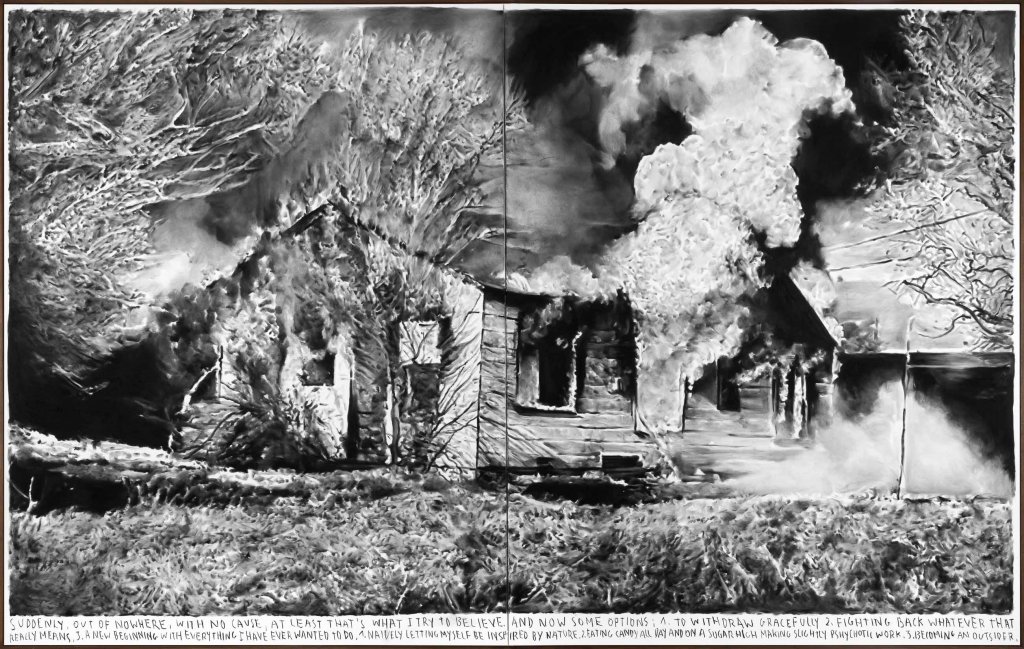 I will need to chop 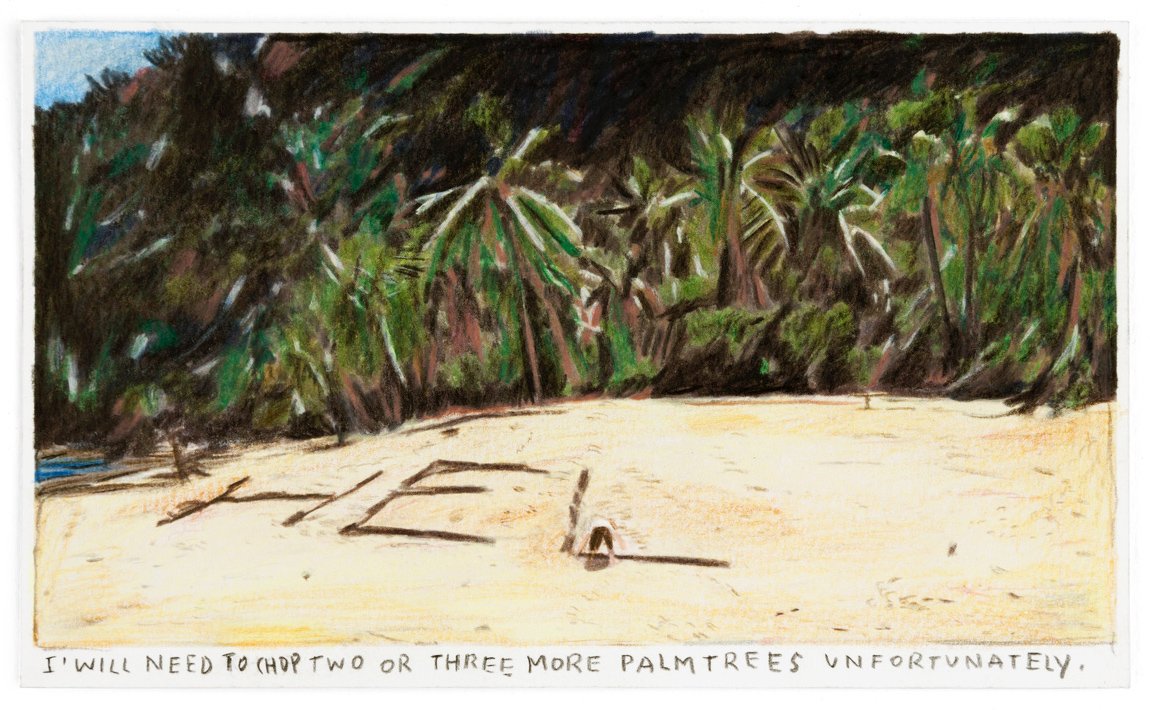 Luckily I didn't feel much 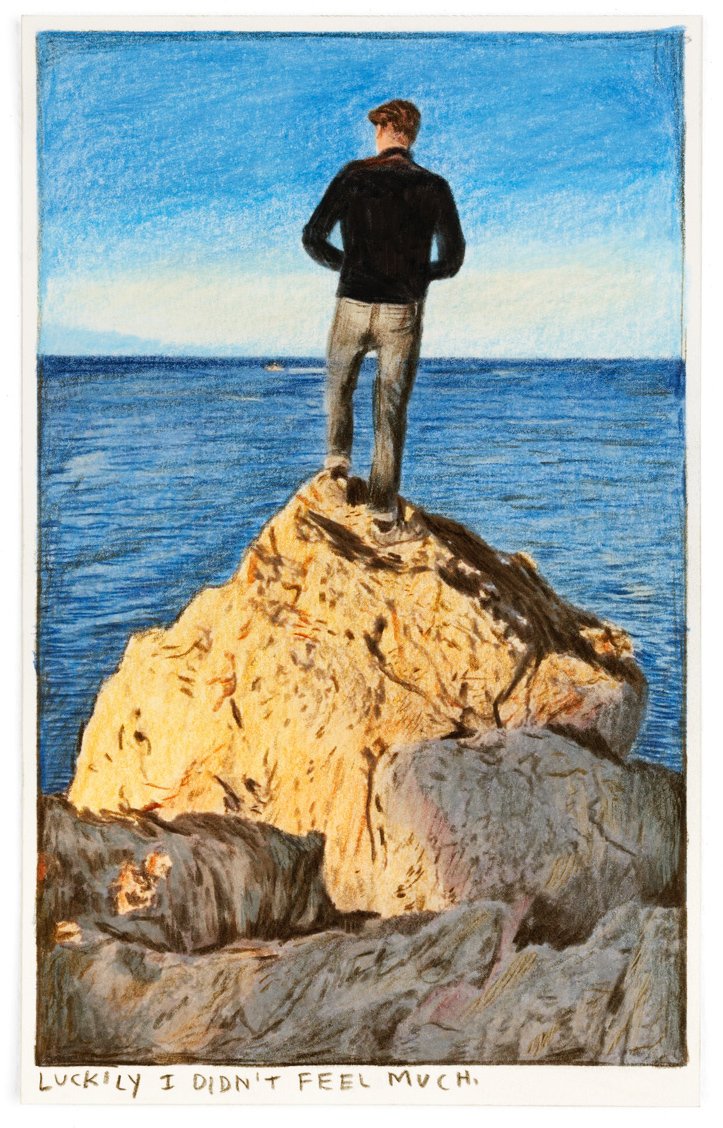 I always found it wholesome to be alone 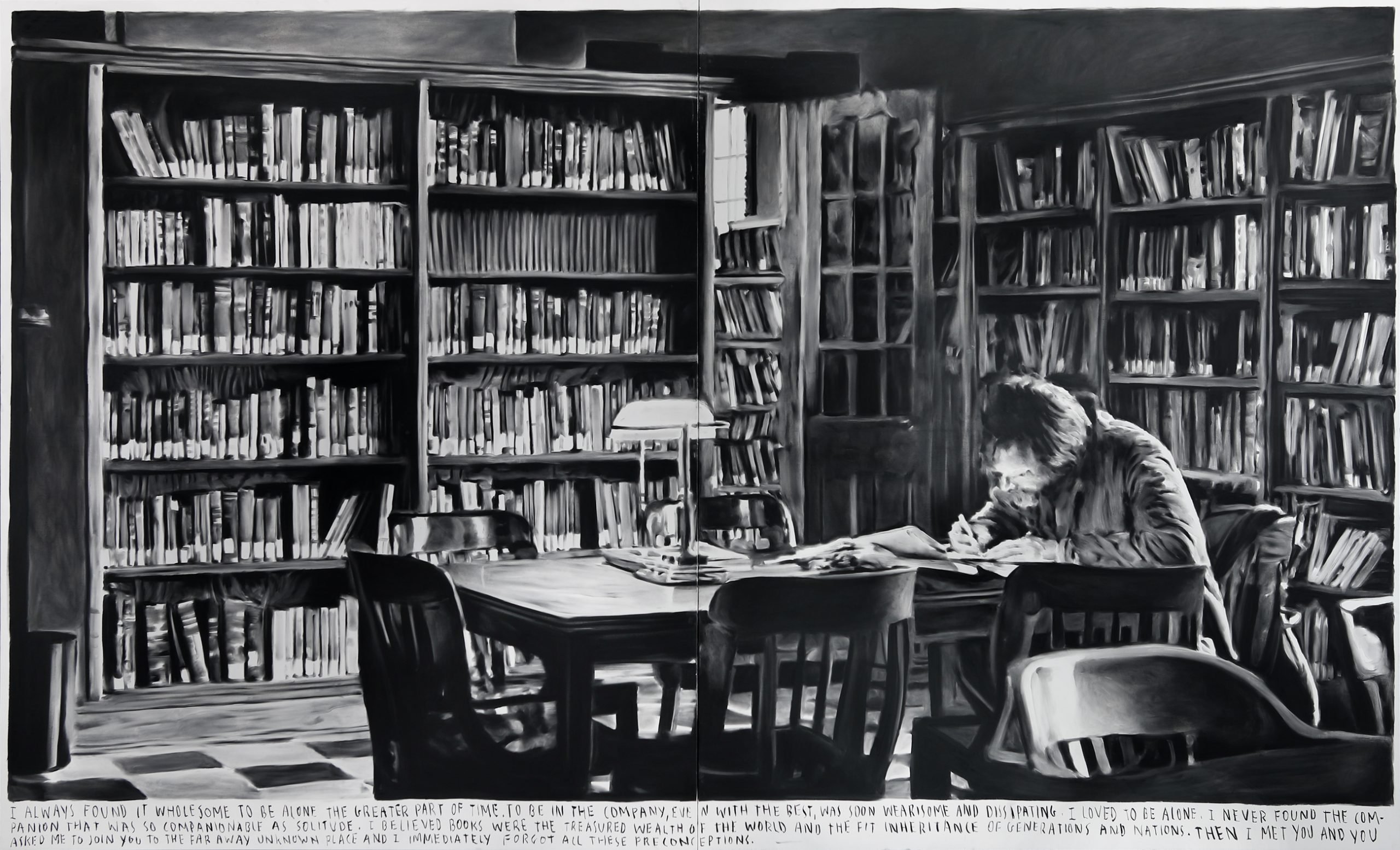 Praise me. Leave me alone. 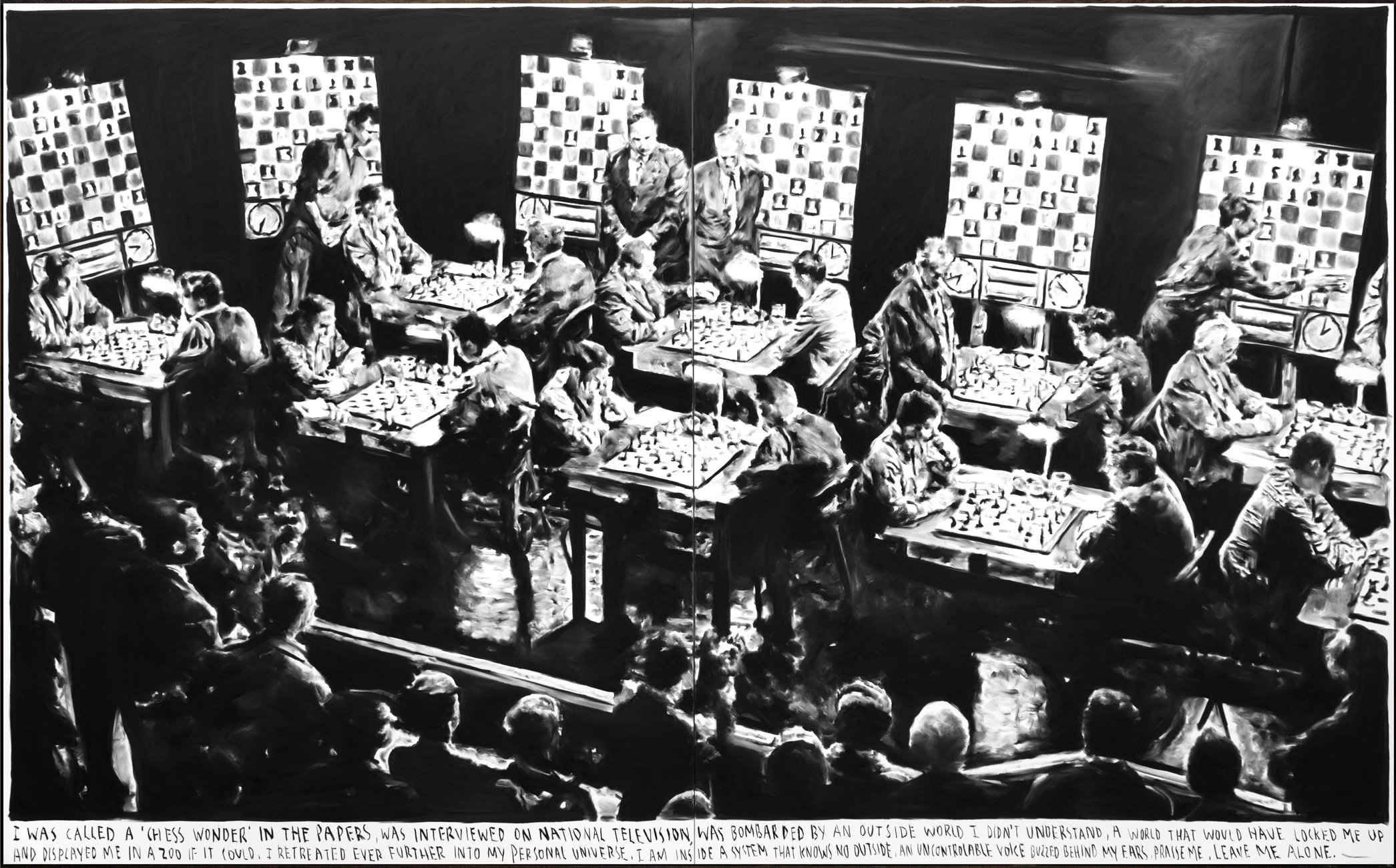 Once again I find myself rescheduling my desires. 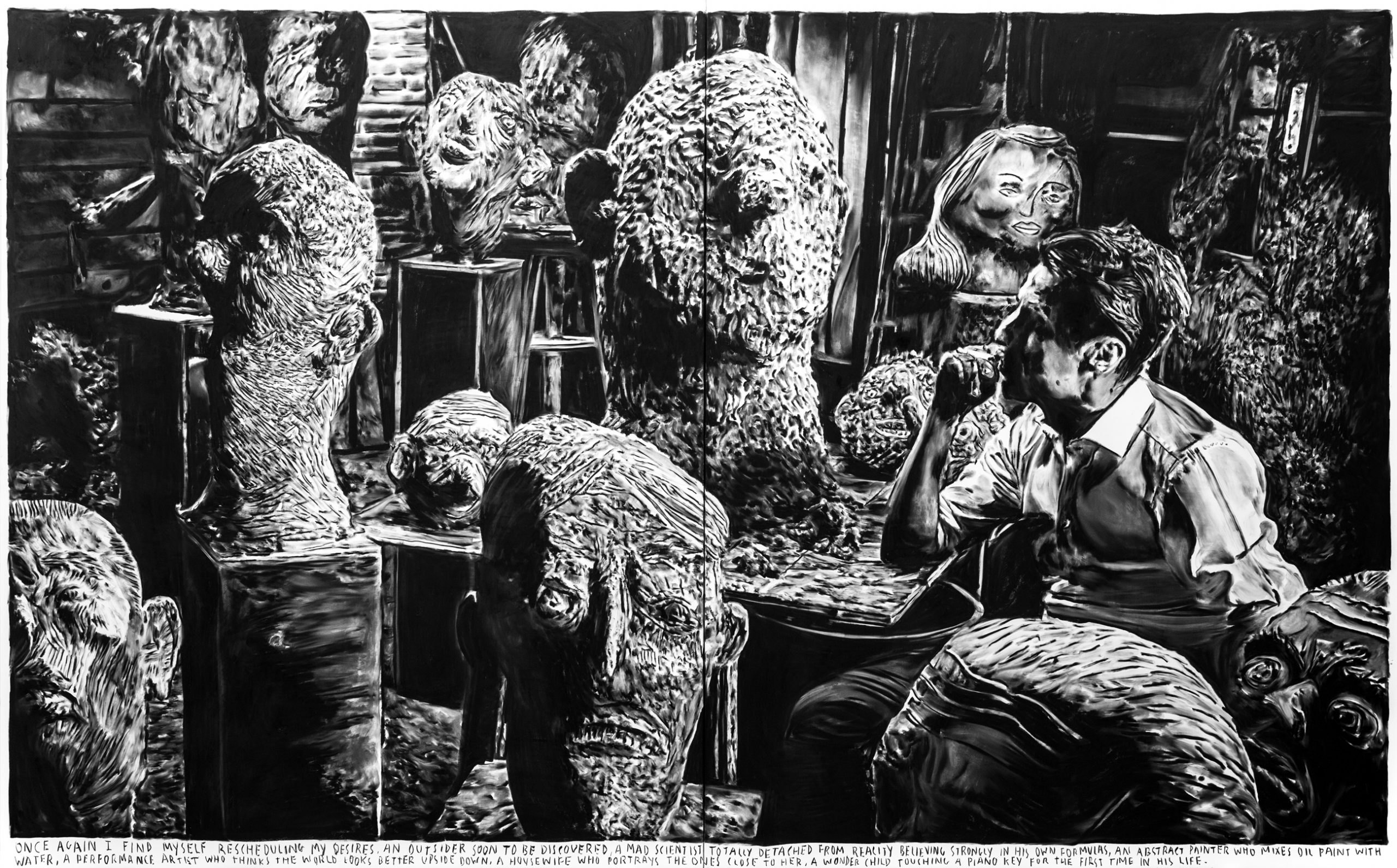 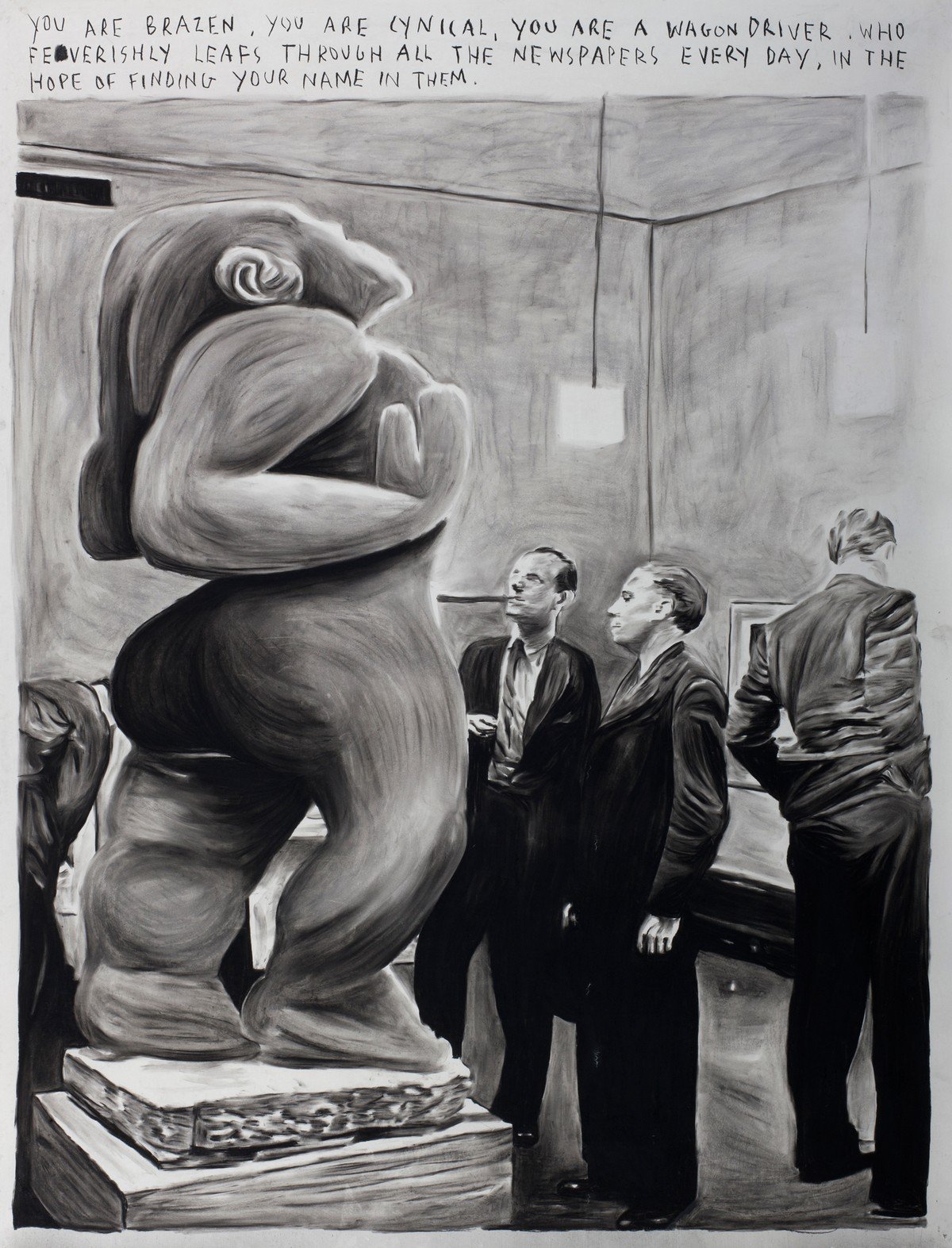 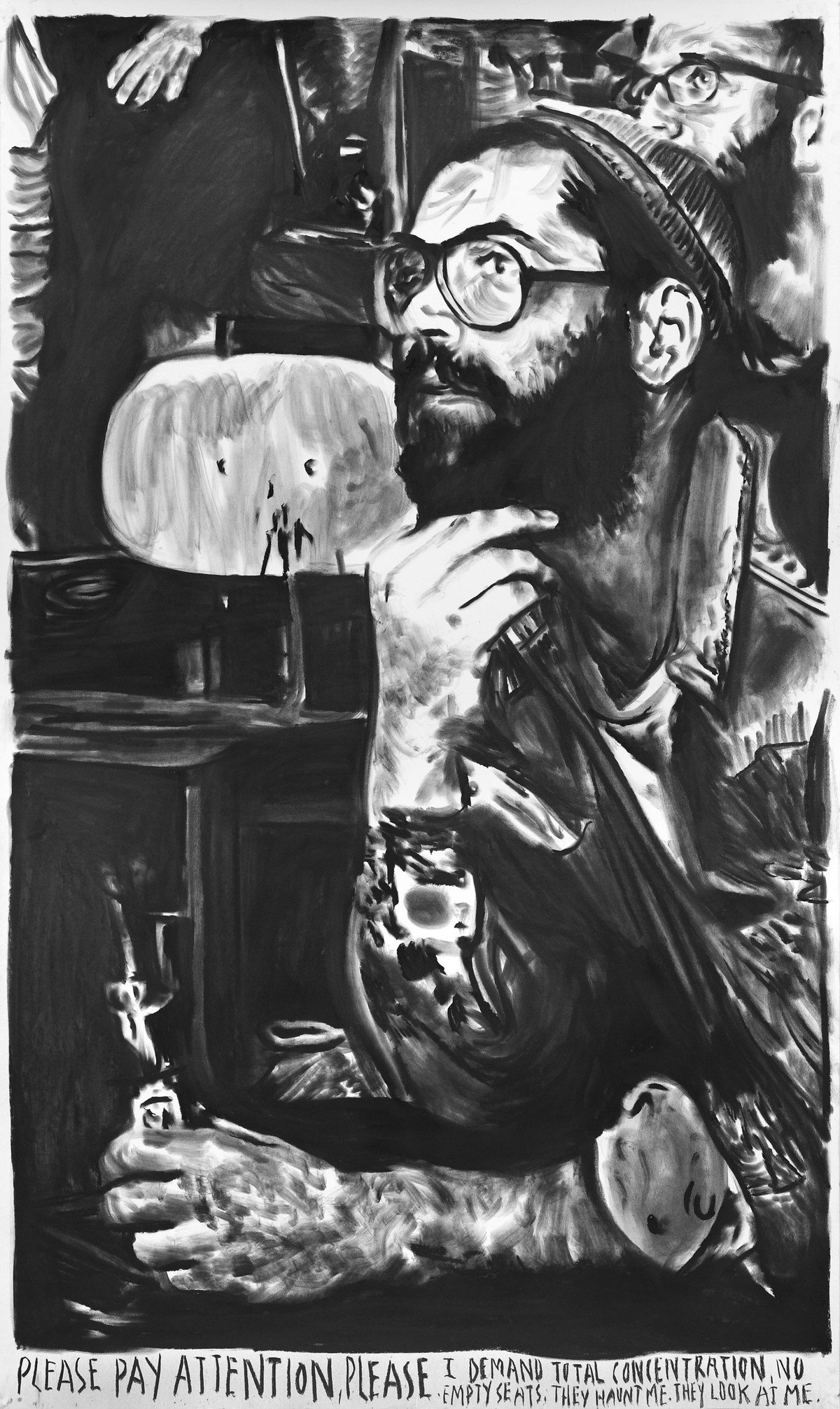 All the rest feels like a waste of time 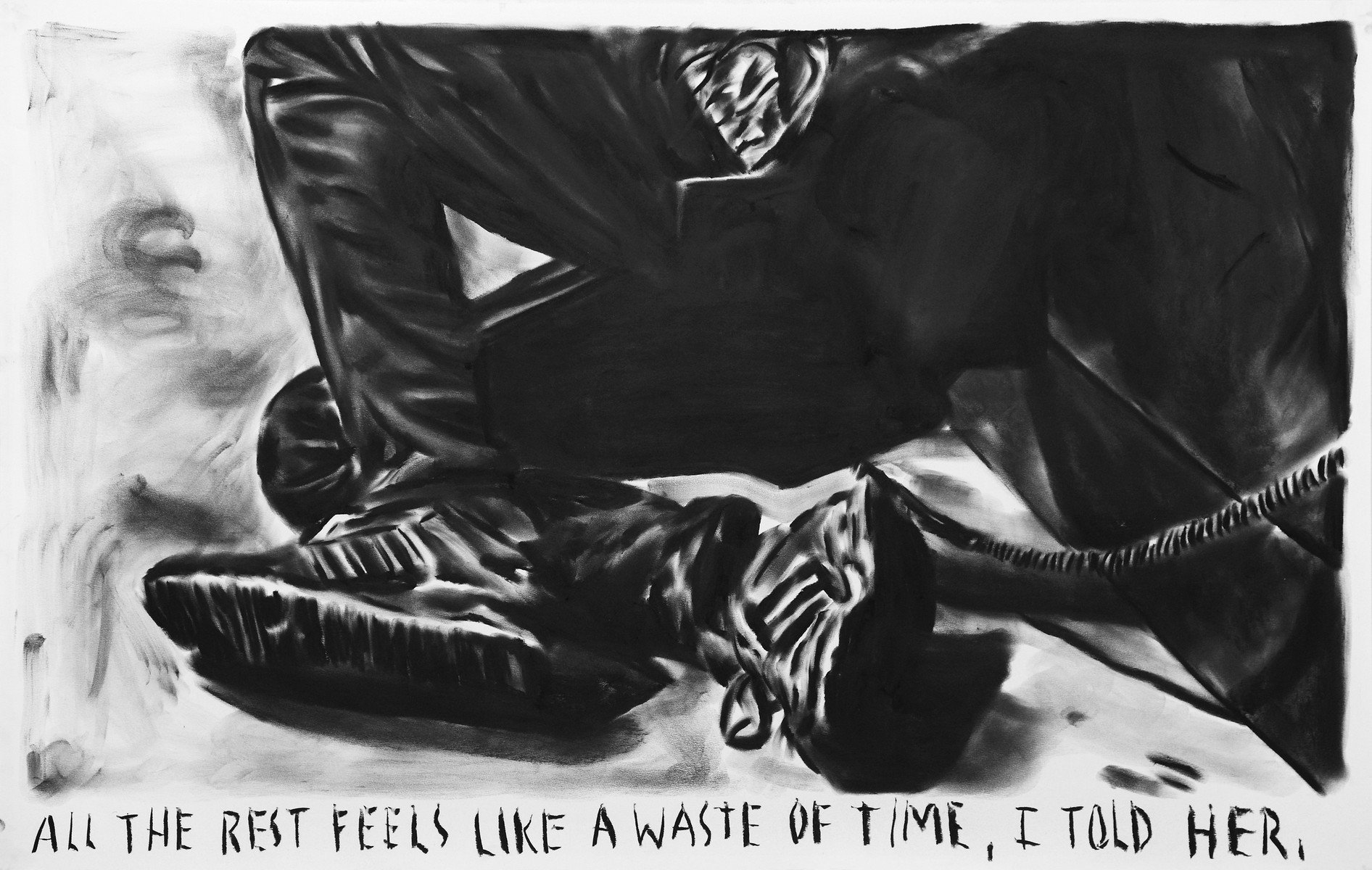