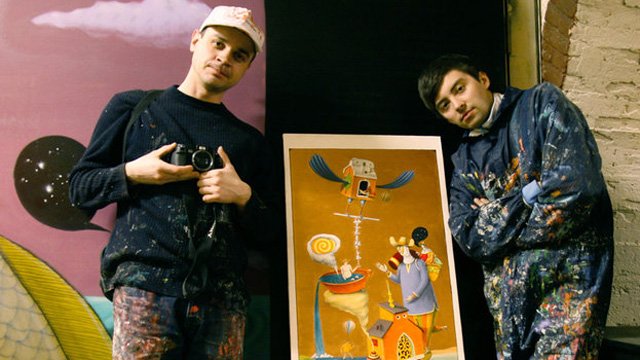 Ukranian artists Aleksei Bordusov (aka AEC) and Vladimir Manzhos (aka WAONE) form the creative duo known as Interesni Kazki. The name translates into English as “Interesting Tales”, a delightfully concise description of the pair’s creative output: blending imagery inspired by folk stories, religion, history and science, they produce contemporary visual fables, invitations for the viewer to engage, to reflect, to look beyond the everyday.

Both AEC and WAONE were active in the Kyiv street art scene during the late 1990s, participating in the Ingenious Kids Crew. They started out with US-inspired hip-hop graffiti, painting letters and characters, but were soon attracted by others styles including Brazilian graffiti and the Latin American muralists. By 2003, as WAONE explains, “we tried to paint walls without letters and liked it very much…so that was the origin of our style,” and in 2005 the pair first appeared under the name Interesni Kazki.

Since then, they have created public artworks the world over, from low-rise buildings in Wynwood, Miami to multi-storey murals in Perth, Australia and giant-sized silos in the Sicilian port of Catania. In 2010, they had their first gallery show and have since presented solo exhibitions in Italy, Los Angeles and New York. 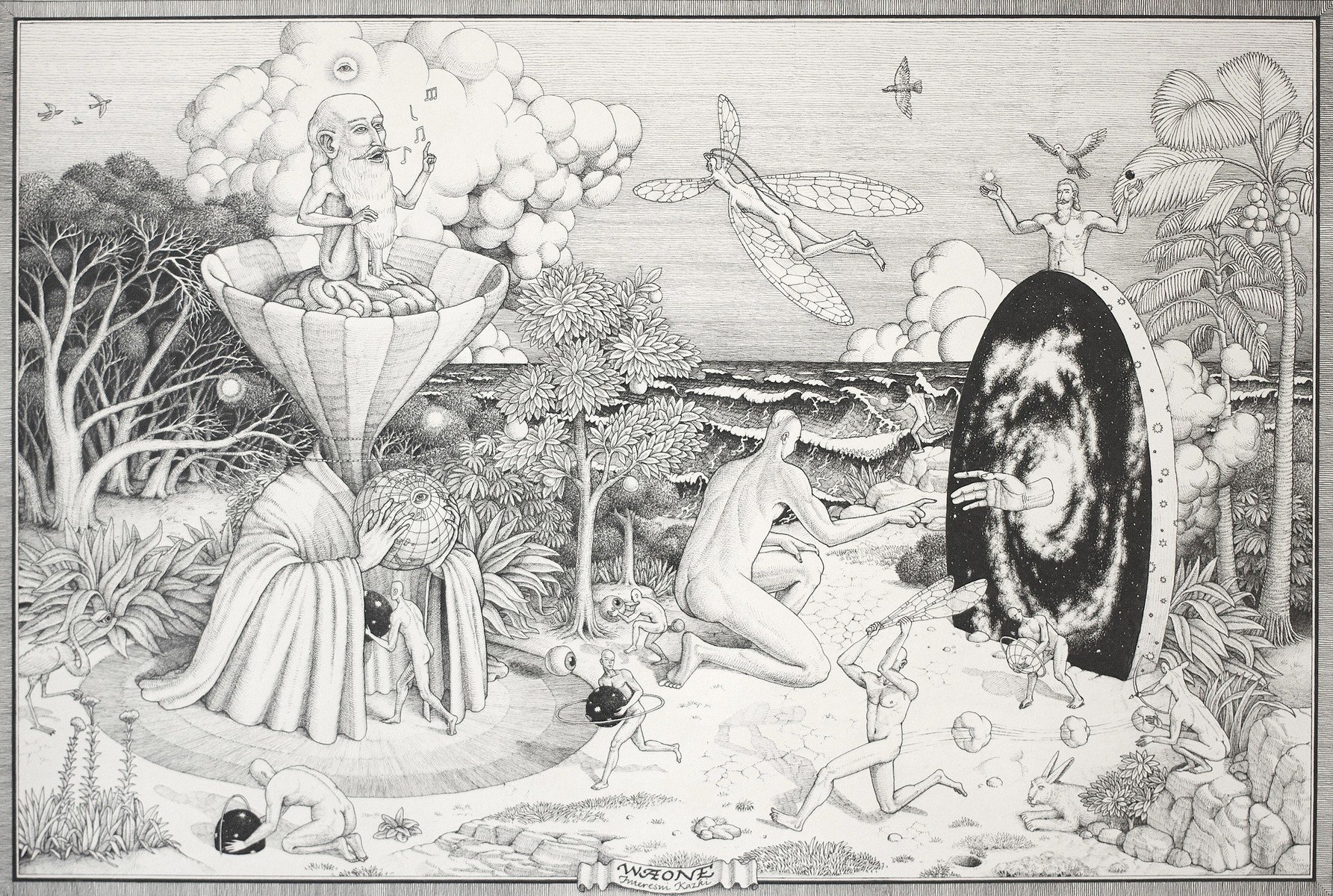 Last Day of the Babylon 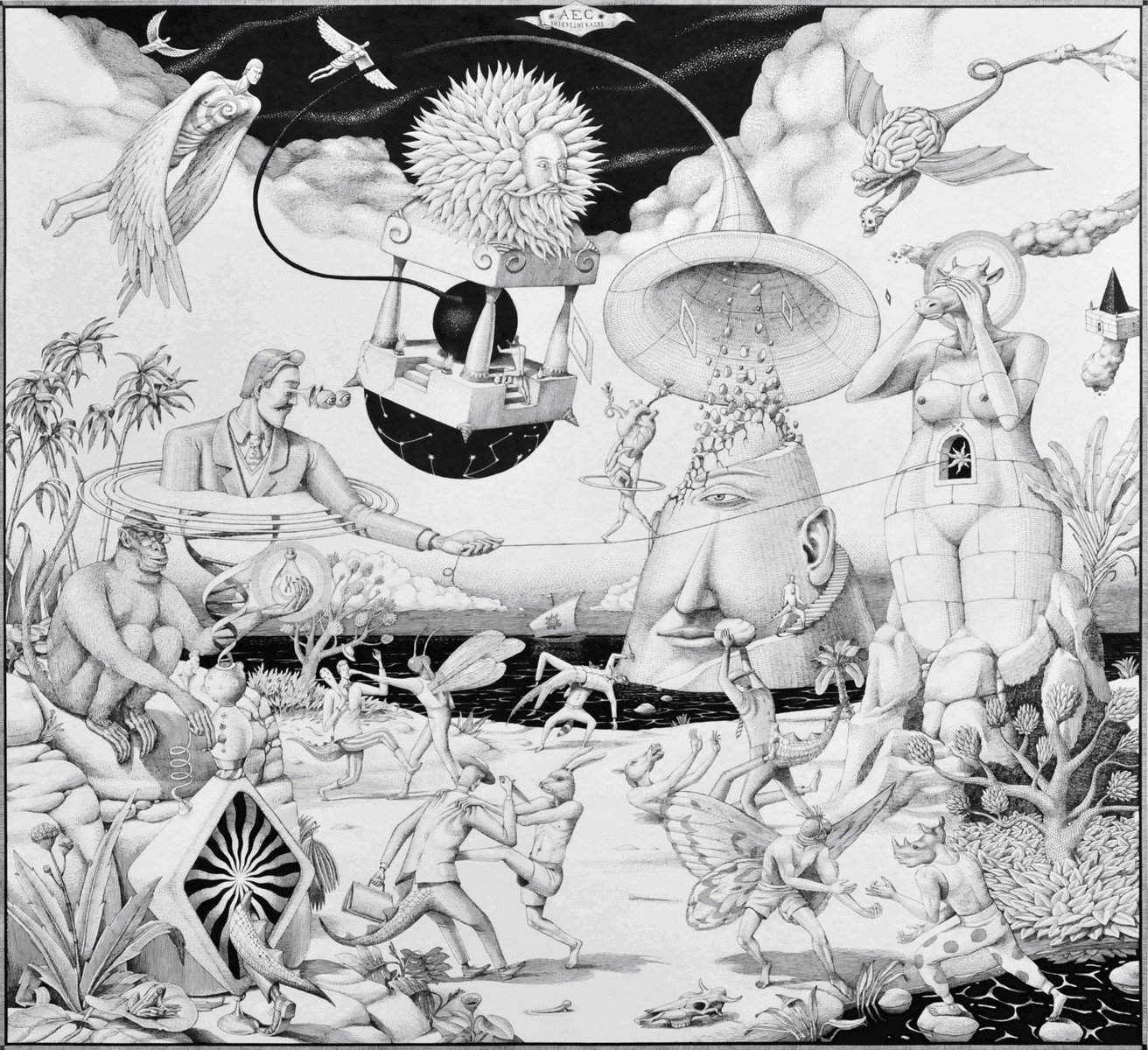