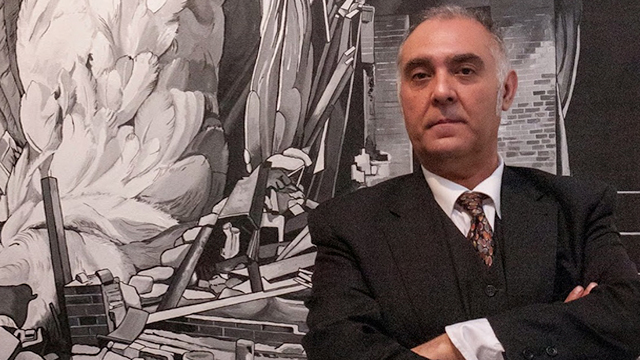 Irony, criticism and imagination come together in the ingenious visual universe of Spanish artist, Oscar Seco. In a career spanning over 30 years, he has worked across painting, video and diorama, developing an unmistakeable style that humorously blends pop culture references with historical borrowings and social commentary.

Historical events provide inspiration for series such as Spanish Civil War, which draws on propaganda posters and found photography to create irreverent images featuring superheroes and Manga icons. War is also the theme of Seco’s Maquetas bélicas, a collection of satirical dioramas started in 2001. Toy soldiers, animals and model-making materials come together in these surreal battle scenes which position humour as the antidote to cruelty or pain.

“I can’t understand art without a touch of criticism and dissent, whether it’s dealing with war, environmental destruction or the human condition itself, but always from a fun, ironic viewpoint,” says the artist, who has hosted over 40 individual exhibitions since the late 1980s. He has won numerous awards in Spain, among them the Focus-Abengoa Prize, and participated in group shows in Europe, USA and South America, including at the Circulo de Bellas Artes, Madrid, the Portuguese National Library in Lisbon, and the Cervantes Institute in Chicago, USA. His work also features in permanent collections such as La Caixa Foundation and the Museo Nacional Reina Sofía (MNCARS), Madrid. 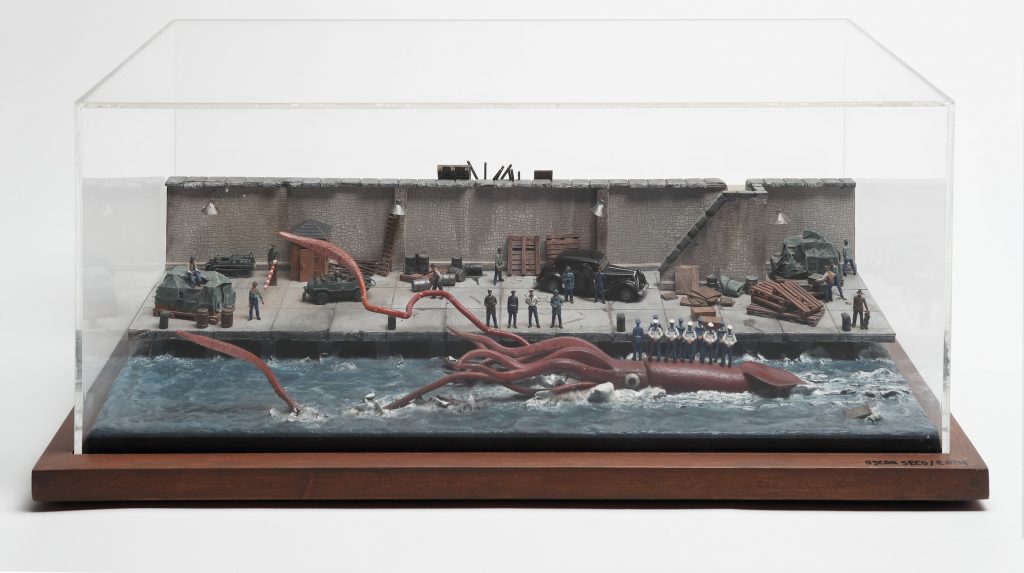