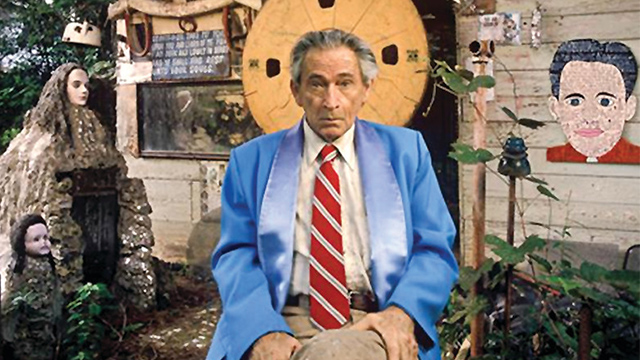 A defining figure in American folk and outsider art, Howard Finster has been referred to as “the Andy Warhol of the South.” Convinced that he had been called by God to evangelise through art, Finster produced over 46,000 works throughout his career along with Paradise Garden, his sculpture park and wonderland of repurposed junk located in Summerville, Georgia.

Born in rural Alabama in 1916, Finster reported having religious visions during his childhood and was a preacher by the age of 16. Ever resourceful in his approach to evangelisation, he published religious songs and poetry in local newspapers during the 1930s and even hosted a radio prayer show. In 1941, he settled with his family in Trion, Georgia, where he made a living as a carpenter, plumber, bicycle repairer and general odd-job man. By the late 1940s, he had begun work on the Garden Park Museum, in which he planned to include a model of everything ever invented, set within a Garden of Eden.

By 1961, Finster’s monumental undertaking had run out of space so was relocated to create the Plant Farm Museum, later dubbed Paradise Garden. Finster retired from preaching to focus on this project but in 1976 had a vision which would shape the rest of his artistic output. A smudge of paint on his finger took on the shape of a human face and a voice implored him to “paint sacred art.” The result: thousands of works combining obsessive textual inscriptions, often Biblical passages, with visual ingredients ranging from Elvis Presley or Marilyn Monroe to futuristic cities or celestial outer-space worlds.

Finster designed album covers for REM and Talking Heads, while his Paradise Garden provided inspiration for a generation of musicians and artists including the B52s, Purvis Young and Keith Haring. By the 1980s Reverend Howard Finster was a cult figure in the USA. He appeared on TV shows and magazine covers, and participated in the US Pavilion at the Venice Biennale in 1984.

Working tirelessly until his death in 2001, Finster developed an unmistakable style at the crossroads of folk, outsider and visionary art. Paradise Garden remains open to the public and a portion of this project is exhibited at the High Museum of Art in Atlanta. The Smithsonian American Art Museum in Washington DC and the Philadelphia Museum of Art, among others, also feature Finster’s work in their permanent collections. 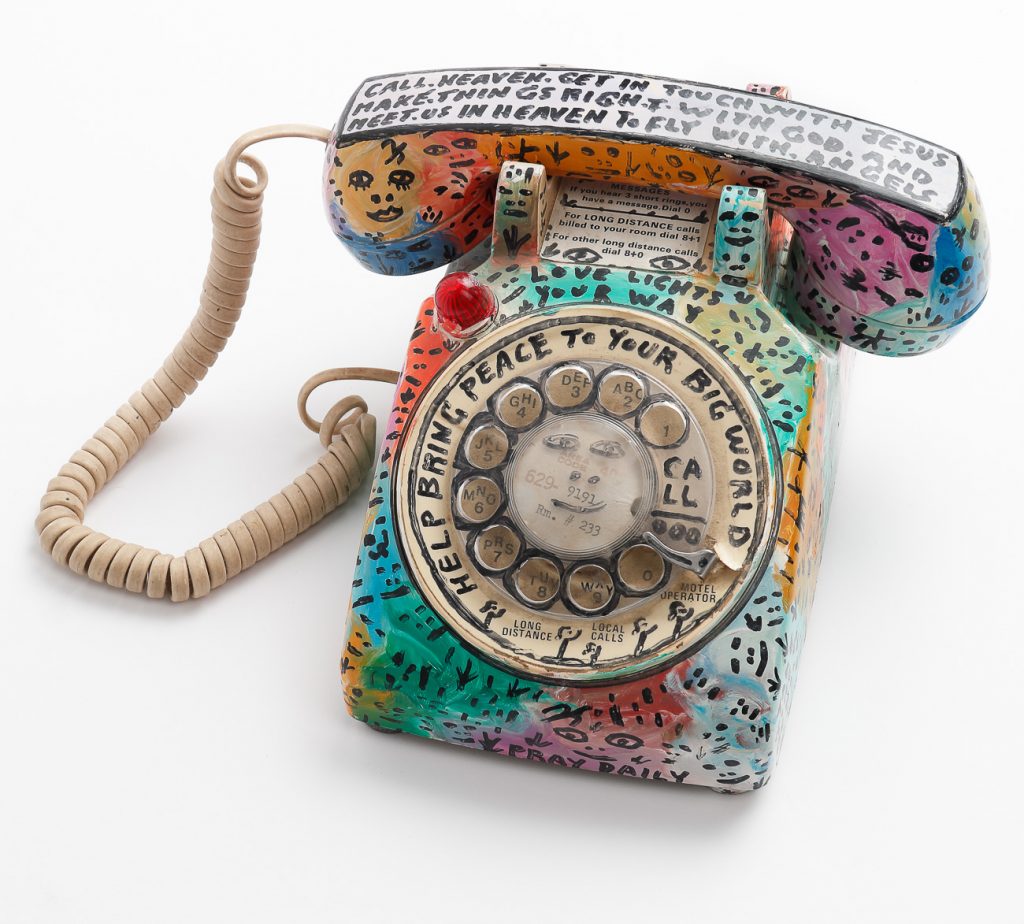