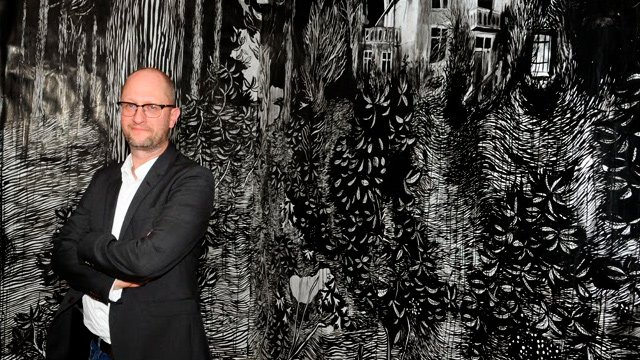 “Every drawing is its own universe,” says Dutch artist Morten Schelde. Working with a limited, often monochrome palette, he creates fantastical places, cinematographic snapshots of saturated interiors or the natural world.

Born in Copenhagen, Schelde studied at Funen Art Ademy before continuing his training at The Royal Danish Academy of Fine Arts. Although he also works in paint, Schelde is best known for his pencil drawings, typically in bold red or black. He views drawing as exploration, the opportunity to discover unchartered ground, and recognises the influence of filmmakers such as David Lynch and Stanley Kubrick in his work. Wolves, bears and horses are recurring characters, although the artist is equally fixated on domestic environments, warped through multiple perspectives and intense line-work. His worlds are fluid spaces, depictions of the puzzling borderlands where personal memory vies with objective observation.

Schelde’s contemporary brand of poetic realism has been shown across Denmark, and in the USA, UK, Sweden and Germany. In 2006, he travelled as artist in residence on the Galathea 3 scientific expedition; he has also participated in the decoration of the Opera House in Copenhagen and in 2009 was among the artists chosen to refurbish the Palace of Frederic VIII, home of the Danish Crown Prince and Princess. Schelde’s work features among the permanent holdings of various museums, including the Louisiana Museum of Modern Art, Arken Museum of Modern Art and Statens Museum for Kunst in Copenhagen. 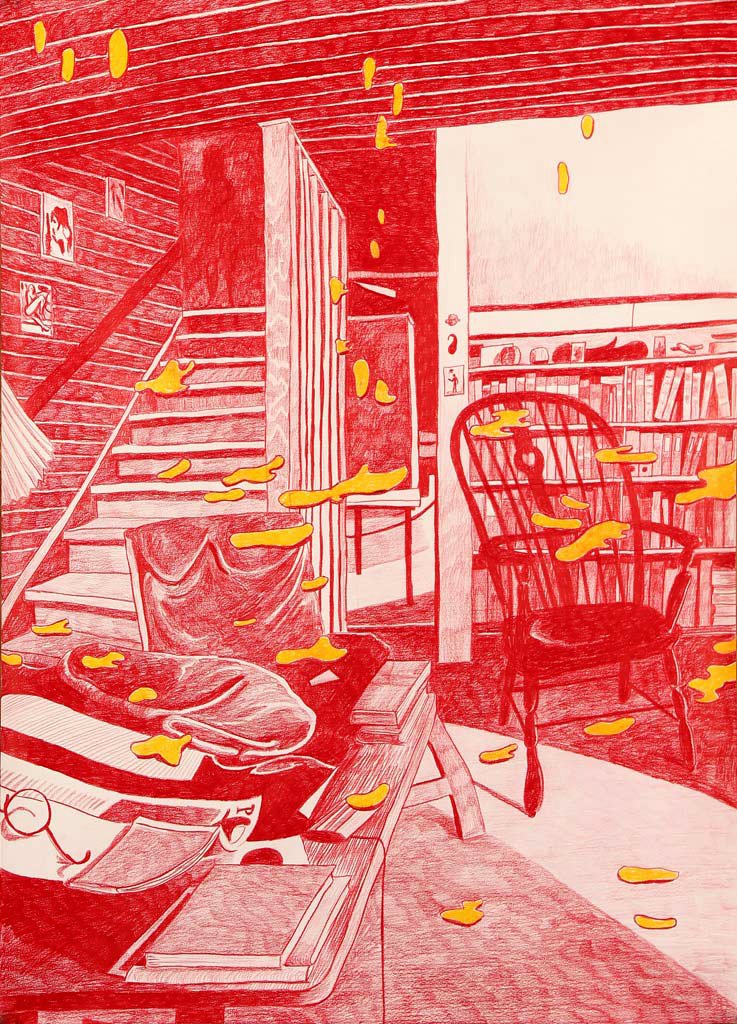